The age of stability is over, and coronavirus is just the beginning

The pandemic has exposed how vulnerable we are to unexpected climate shocks.

Humanity has only recently become accustomed to a stable climate. For most of its history, long ice ages punctuated with hot spells alternated with short warm periods. Transitions from cold to warm climates were especially chaotic.

Then, about 10,000 years ago, the Earth suddenly entered into a period of climate stability modern humans had never seen before. But thanks to ever accelerating emissions of carbon dioxide and other greenhouse gases, humanity is now bringing this period to an end.

This loss of stability could be disastrous. If the coronavirus pandemic can teach us anything about the climate crisis it is this: our modern interconnected global economy is much more vulnerable than we thought, and we must urgently become more resilient and better prepared for the unknown.

After all, a stable climate underpins much of modern civilisation. About half of humanity depends on stable monsoon rains for food production. Many agricultural plants need certain temperature variations within a year to produce a stable crop, and heat stress can damage them greatly. We rely on intact glaciers or healthy forest soils to store water for the dry season. Heavy rains and storms can wipe out the infrastructure of whole regions.

These are the sorts of climate impacts that we know about, and have been extensively studied by the Intergovernmental Panel on Climate Change (IPCC). But the biggest risk may yet come from climate-related chaos that we did not expect.

In 2018, a prolonged heat wave and drought hit much of western and northern Europe and decimated much of the potato harvest in the region. Temperatures in my native Germany reached record highs in a summer that was drier and hotter than in many parts of the Mediterranean. Climate models had predicted Europe’s most extreme heat increases would occur in Greece, Turkey and Ukraine, so the odds of such a heatwave seemed impossibly low.

Only one year on, in 2019, western Europe was struck by another “impossible” heat wave. In Germany, with temperatures topping 40°C, the record of the previous year was broken twice. Even in the Netherlands, known for its cool sea breeze even at peak summer, peak temperatures exceeded a searing 39°C.

A large part of Australia’s forests are concentrated in the south-east of the country. This valuable ecosystem evolved with fire and thus is supposed to burn frequently. In these natural fires, typically 1-2% of the area is consumed by flames.

Wildfire and climate models – including one I worked on myself – did predict a large increase in bushfire activity in the forests of south-east Australia. But they predicted this would happen towards the end of this century. The models certainly did not foresee that megafires wiping out as much as 20% of these forests would strike as early as 2020.

Locusts are a climate crisis

In the long term, the IPCC predicts crop yields will decrease by around 10% or more, but to date it has ignored the possibility of large-scale pest outbreaks, which can wipe out entire harvests.

At the end of 2019 and beginning of 2020, the Arabian peninsula experienced much wetter weather than normal, likely owed to ocean warming. This created conditions that enabled numbers of desert locusts to explode.

This unusual event was followed by another, a storm that shifted most of this locust army, now several hundred billion strong, to East Africa. In Kenya, it became the worst such outbreak for more than 70 years. With the rainy season just arrived and seeds sown for the next cropping season, it is now feared that continued breeding of the locusts will create a second wave that will be far worse than the first one.

Read more: Why the Indian Ocean is spawning strong and deadly tropical cyclones

Climate scientists tend to focus on slow changes with their climate predictions. But how much the weather becomes more chaotic is notoriously difficult to predict with climate models. We also have only a very superficial understanding of how vulnerable our modern society is to climate chaos and unexpected climate-related events.

Instead of seeing the climate problem as one felt by the next generations, we need to start focusing on what could happen tomorrow, or next year. To do that, we must better understand, appreciate and acknowledge the vulnerability of modern society – and address this vulnerability at its core.

Wolfgang Knorr does not work for, consult, own shares in or receive funding from any company or organization that would benefit from this article, and has disclosed no relevant affiliations beyond their academic appointment. 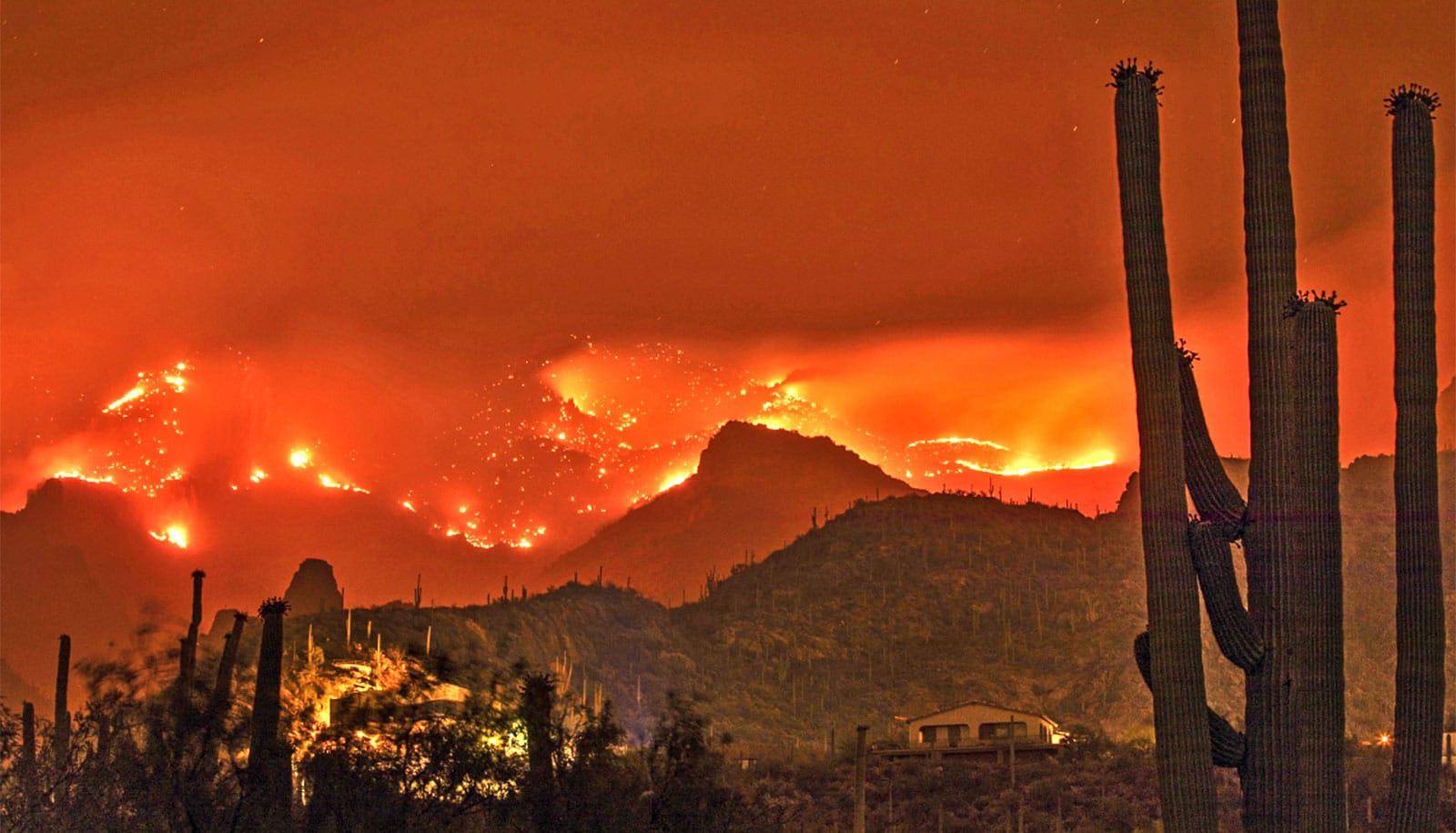