Model: COVID-19 deaths won’t peak in most states for weeks

It may be several weeks before COVID-19 deaths peak in most of the United States, according to a model that relies on US data.

A new model shows it may be another several weeks until COVID-19 deaths peak for most states.

The model, which uses data from cellphones to determine the impact of social distancing, provides a daily estimate of fatalities from COVID-19 in the United States for the coming weeks.

The findings indicate the number of deaths almost certainly has not yet peaked and is not likely to peak in many states until after May 1, a finding in contrast to one of the most frequently cited models.

The new model, from the University of Texas at Austin, has several similarities with a model the University of Washington’s Institute for Health Metrics and Evaluation (IHME) developed, but it uses data from the US to estimate the impact of recent social distancing measures within each state.

The new model predicts that two states , New York and Louisiana, will move past their peak by April 19 with at least 80% certainty.

The model also predicts that seven others, plus Washington, DC, have at least an 80% chance of peaking in April: New Jersey, Michigan, Colorado, Connecticut, Florida, Nevada, and Massachusetts.

“While more uncertain forecasts may be disconcerting, we believe that they reflect the true range of possibilities that could unfold in the weeks ahead.”

The team is providing the new model to the Centers for Disease Control and Prevention and the White House Coronavirus Task Force, and is presenting it to the public and decision makers in advance of scientific peer review due to the time-sensitive nature of the subject.

“On average, there seems to be a three-to-four week lag between when someone gets infected with COVID-19 and when they’re at risk of death,” says Lauren Ancel Meyers, who leads the University of Texas at Austin COVID-19 Modeling Consortium.

“That means we’re just beginning to see the life-saving benefits—and the clear signal in the data—of social distancing that began in mid- to late March.”

The model tracks the local impact of social distancing through GPS traces from tens of millions of mobile phones. The cellphone data, aggregated and anonymized, reflect how often people congregate in public places such as restaurants, bars, schools, parks, pharmacies, and grocery stores, as well as the amount of time people spend at work versus at home.

The researchers found clear evidence that the timing and extent of people’s distancing behavior differ across states—and that these differences matter in terms of “flattening the curve.”

In Texas, for example, many large cities issued stay-at-home orders that began to curtail mobility many days before a statewide policy was enacted.

The IHME model is widely used across the US by decision makers and the health care industry and relies heavily on patterns of reported deaths in other parts of the world, including Wuhan, China, where social distancing measures differ from the US.

Using the new geolocation data, the new model projects different numbers of COVID-19 daily deaths in the coming weeks compared with the IHME model. For example, on April 30 it predicts far more deaths than the IHME model in Illinois (75 vs. 2) and Pennsylvania (134 vs. 35).

In addition to using local movement data from individual US states to make projections rather than drawing on patterns observed in other countries, another difference in the new model is that it accounts for greater uncertainty further in the future.

Recent updates of the IHME model have resulted in large swings in the projected numbers of COVID-19 deaths. In some cities, the forecasted peaks have changed by more than a factor of 10, yet the confidence intervals in the IHME projections show near certainty regarding the number of COVID-19 deaths that will occur six weeks from now.

By accounting for more sources of uncertainty, the new model projects a greater range of plausible COVID-19 deaths than the IHME model. In Wisconsin, for example, the new model predicts that there could be anywhere from 0 to 89 deaths on May 1, whereas IHME predicts a maximum of 5 deaths; likewise it caps May 1 deaths at 71 for Colorado, whereas IHME projects no more than 6.

“While more uncertain forecasts may be disconcerting, we believe that they reflect the true range of possibilities that could unfold in the weeks ahead,” says professor James Scott. “Our model stands on the shoulders of the IHME model, but it corrects critical statistical flaws that led the IHME model to make many projections that, in retrospect, have turned out to be far too optimistic.”

The researchers have made the projections available for viewing on a new website .

Additional coauthors are from the University of Texas at Austin and the Santa Fe Institute.

The post Model: COVID-19 deaths won’t peak in most states for weeks appeared first on Futurity . 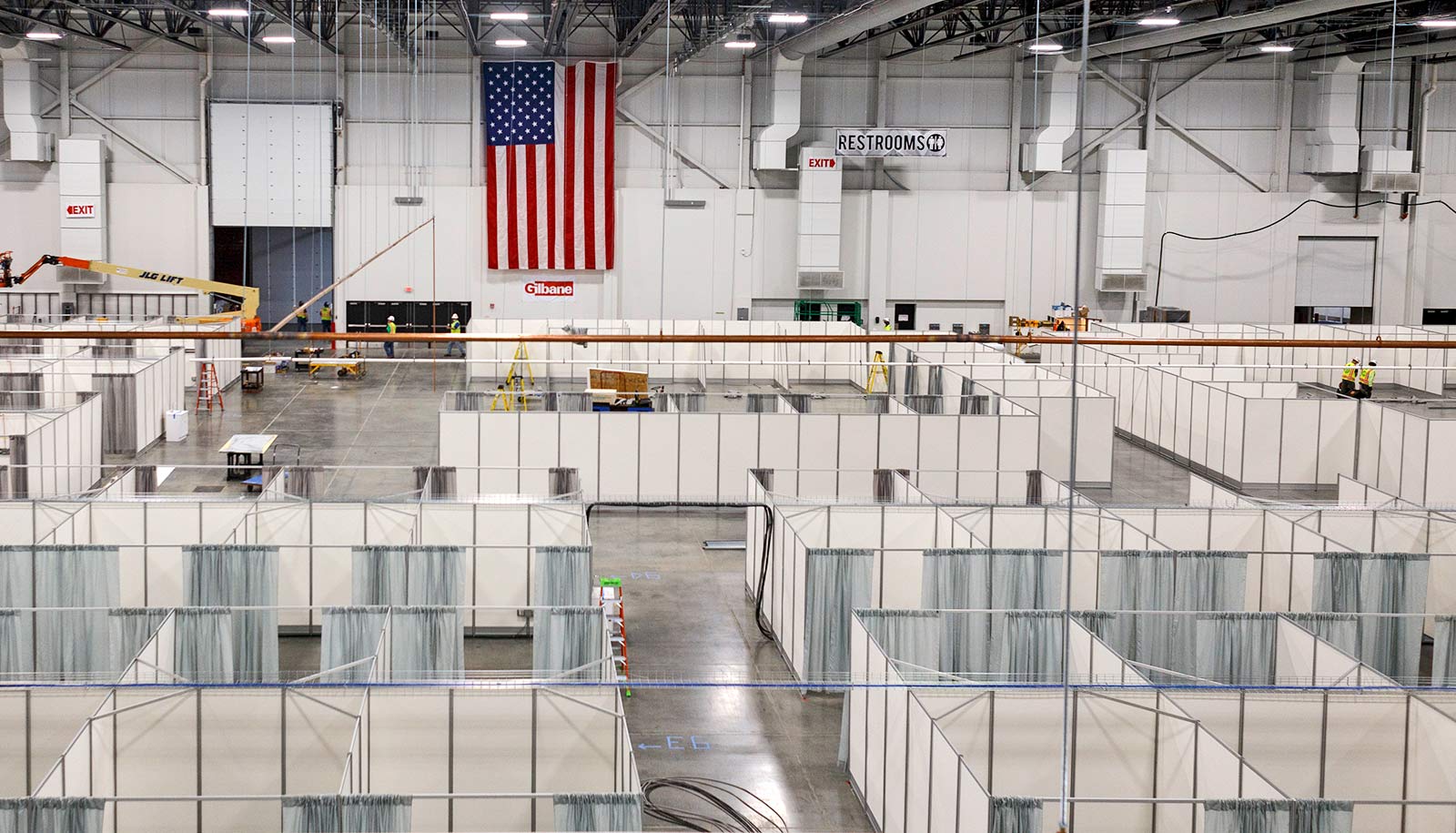 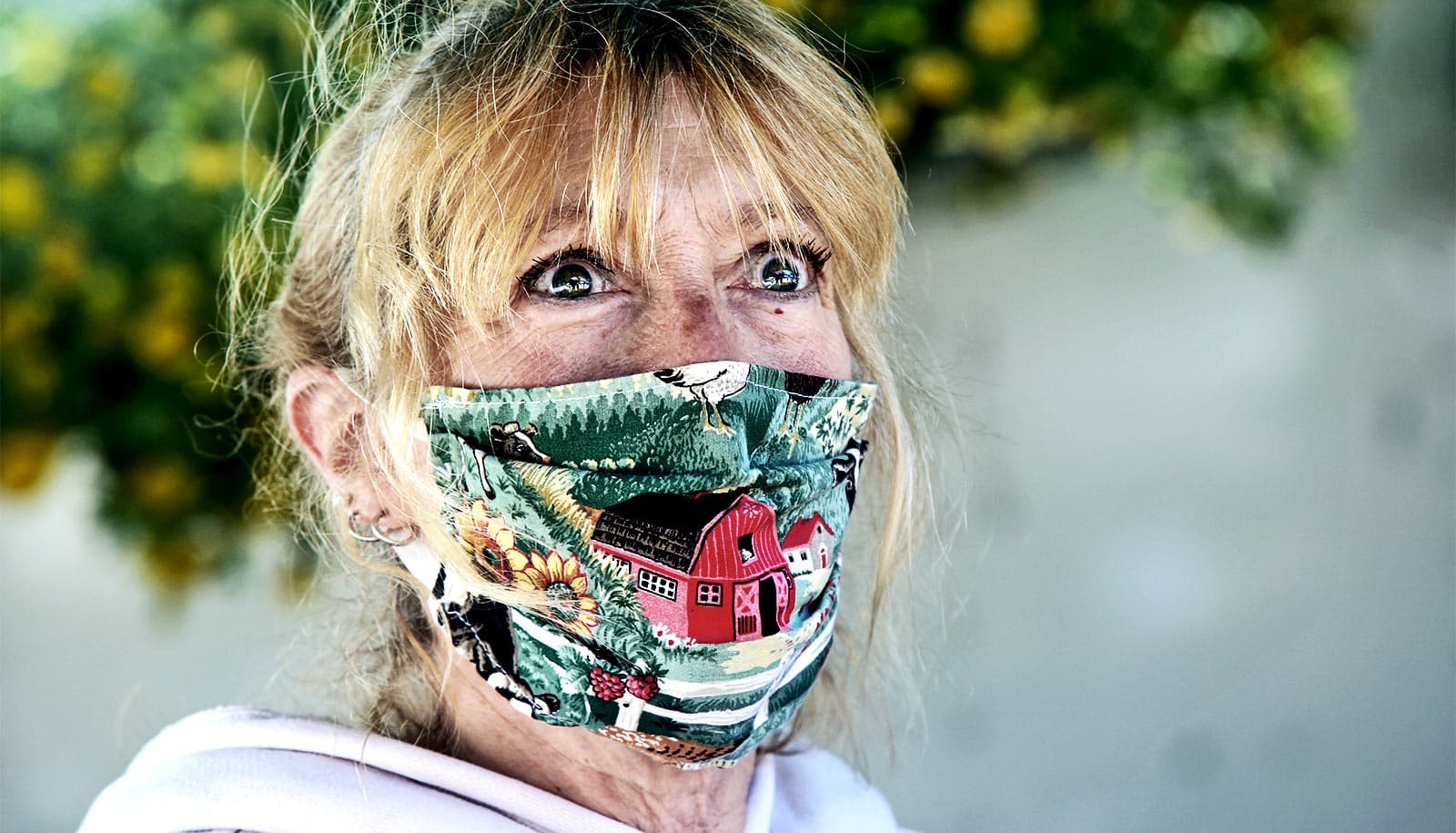