Reserchers have put together a plan to address the spread of fake news, racism, and stress for life in the COVID-19 pandemic.

Researchers have outlined ways to manage different facets of life under the spread of the COVID-19 virus, including how we can combat racially driven bias and fake news and how we can increase cooperation and better manage stress.

The plan in the journal Nature Human Behaviour considers research stretching over the past half century to offer insights about how to address current circumstances.

“Because the crisis requires large-scale behavior change and poses significant psychological burdens on individuals, insights from the social and behavioral sciences are likely going to be very helpful for optimizing pandemic response.”

“This interdisciplinary review points to several ways in which research can be immediately applied to optimize response to this pandemic, but also points to several important gaps that researchers should move quickly to fill in the coming weeks and months,” adds Robb Willer, a sociologist from Stanford University.

The analysis focuses on phenomena linked to COVID-19 , connecting existing scholarship to potential courses of action in several areas, including the following: “group threat,” “fake news and misinformation,” “social norms,” and “stress and coping.”

The authors, referring to recent attacks on ethnic Asians in predominantly white countries, note that “Europe’s most deadly disease, the bubonic plague of the 14th century, unleashed massive violence, including the murder of Catalans in Sicily, clerics, and beggars in some locations, and pogroms against Jews, with over a thousand communities eradicated.”

However, they point to research that indicates pandemics may, in fact, present opportunities to reduce religious and ethnic prejudice: “coordinated efforts across individuals, communities, and governments to fight the spread of disease send strong signals of cooperation and shared values, which allow people to recast others who were previously considered out-group members as in-group members.”

The authors recount cooperative acts currently unfolding: More than 20 countries donated medical supplies to China in February, and China has reciprocated. “Government officials can highlight events like these to improve out-group attitudes,” they write, adding that other studies have shown that making people feel safer can reduce prejudice.

Fake news and conspiracy theories about COVID-19 have undoubtedly proliferated on social media, but new research has explored social-science based solutions to counter the spread of fake news. Fact-checking and correction offer potential remedies, as do source expertise, bipartisanship in messaging, and messages from “unlikely sources”—those who benefit from the original misinformation.

But the researchers acknowledge that fact-checking and corrections may not keep up with the vast amount of false information produced in moments of crisis like a pandemic and that approaches beyond debunking are necessary.

In response, they offer what scholars term a “pre-bunking approach,” which centers on psychological inoculation. Studies have found that preemptively exposing people to small doses of misinformation techniques (including scenarios about COVID-19) can reduce susceptibility to fake news.

Another preventative approach involves subtle prompts that emphasize accuracy (for instance, asking users to judge the veracity of a single neutral headline). Researchers have found in prior work that these kinds of prompts improve the quality of the content users share and that social media platforms could easily implement them.

“To effectively counter fake news about COVID-19 around the world, governments and social media companies must rigorously develop and test interventions in collaboration with independent behavioral scientists,” the authors advocate.

“This includes identifying treatments that effectively reduce belief in misinformation, while not undermining belief in accurate information—a particularly salient concern given evidence that most exposure to and sharing of fake news in the US has been concentrated among relatively small sub-sections of the population.”

“How much people change will be influenced by aspects of the social and cultural context,” the researchers write. “The fact that people tend to follow social norms and cultural mores can sometimes have undesirable consequences. For example, continuous exposure to news examples of people going out might explain why it was difficult to convince Italians to stay at home after the COVID-19 lockdown of March 11.”

But they also report that “understanding these features of the social environment, such as social norms, social inequality, culture, and polarization, can help identify risk factors and successful messages and interventions.”

Prior studies have found that our decisions are influenced by social norms—what we perceive others are doing or approve/disapprove of—and that “informational influence” occurs when people use others’ behavior as input for reasonable interpretations and responses. Notably, this effect is stronger when people are uncertain and outcomes are important—as in during a pandemic.

However, the authors caution that although perceptions of norms influence us, research has shown that our estimates of behavior are frequently inaccurate. For example, people can underestimate the frequency others engage in health-promoting behaviors (e.g., hand washing) and overestimate their unhealthy ones (e.g., not properly covering one’s mouth when coughing).

In order to most effectively change behaviors by correcting misperceptions, the authors point to the importance of public messages that reinforce health-promoting norms (e.g., social distancing and hand-washing ) and not highlighting extreme or uncommon behaviors, such as panic buying or young adults gathering.

Public health experts say that one of the most vital strategies for slowing the spread of COVID-19 is “social distancing”—a practice that, while beneficial, “clashes with the deep-seated human instinct to connect with others, especially during emotional times,” the authors observe. Studies have shown social connection “helps people regulate affect, cope with stress, and remain resilient during difficult times” while other scholarship has revealed that “loneliness and social isolation worsen the burden of stress, and produce deleterious effects on mental, cardiovascular, and immune health.”

However, the researchers list ways we can diminish the ill effects of isolation .

One, they advocate replacing the term “social distancing”—when possible—with “physical distancing.” This change, they say, would “highlight the fact that deep social connection with a broader community is possible even when people are physically apart through the use of technology.”

Two, they cite the value of online forums, which have long served as hubs for mutual support—in particular, among individuals with rare illnesses—and psychological well-being. Experts have found other technologies, such as FaceTime and Zoom, valuable in generating empathy and connection.

Van Bavel and Willer recognize potential barriers to these tools for seniors .

“Special attention should be placed on helping older adults—who might be less familiar with these technologies—to learn and acclimate to the potential richness of digital connections. COVID-19 will leave many of us confused, anxious, and lonely,” they write.

“Urgent action is needed to mitigate the potential devastation of COVID-19, and drawing from existing knowledge can help ensure we are taking constructive steps,” Van Bavel says.

“In addition, the lessons from past studies should be relevant to future pandemics and other public health crises. Whether policy makers are trying to increase vaccination rates or reduce the harm of climate change, they will be fundamentally facing many of the same issues in the future.”

“By applying the knowledge gained from earlier research, we hope that public health experts will be better equipped to communicate effectively and drive behavior change in a manner that yields global benefits,” adds Willer. 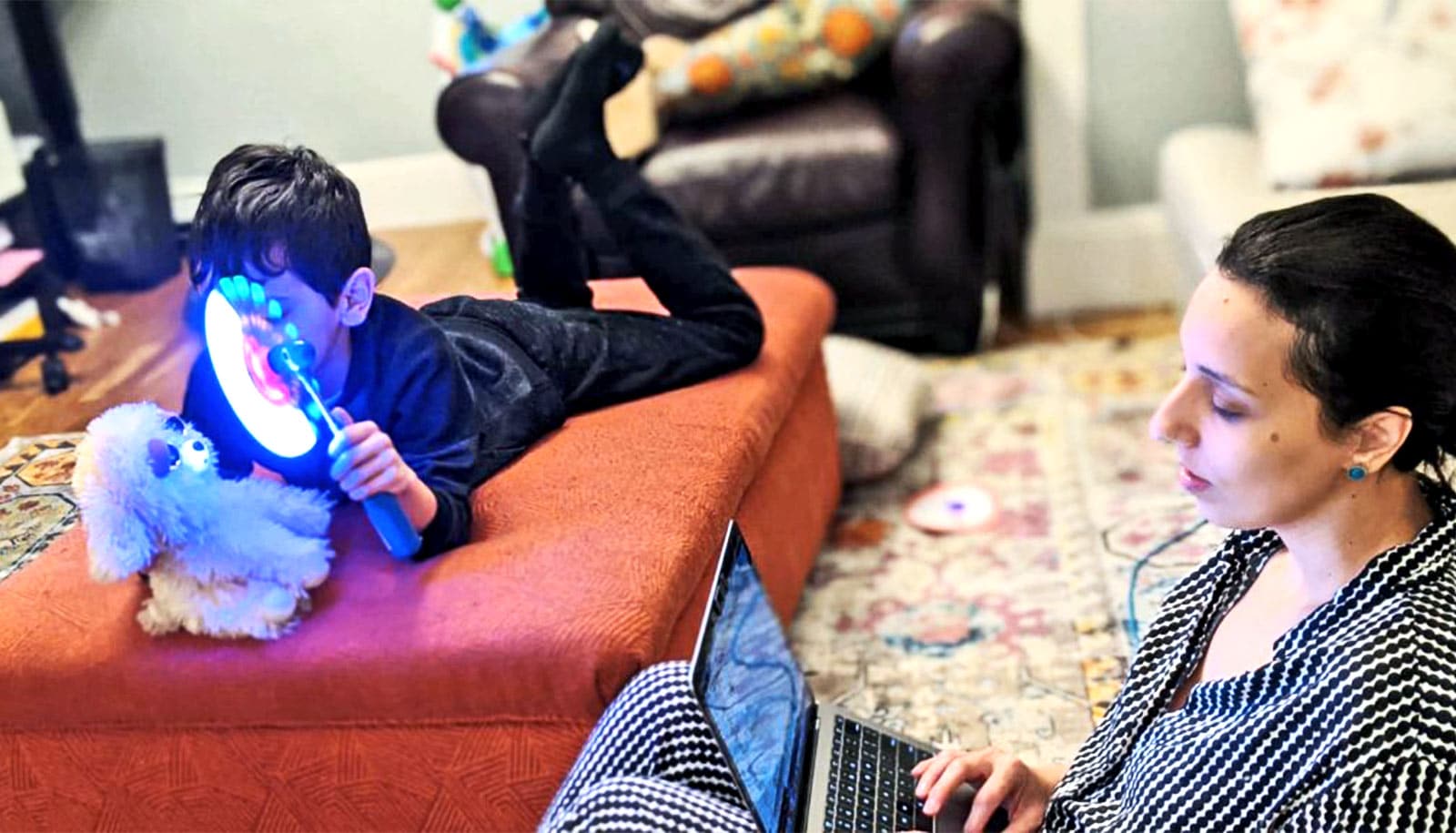 Stuck at home: It’s OK if kids get bored

It’s OK to grieve loss of rituals during COVID-19