We're full of blood – around five litres, on average.

Blood is fascinating. Many people learn at school that its function is to transport oxygen and nutrients around the body and remove waste products. But blood has many more functions , including defence against pathogens, regulating our temperature, and keeping important internal chemicals and nutrients balanced.

Here are some other things you might not know about blood.

1. Blood is both liquid and solid

Blood is a connective tissue in the body. It has a multi-cellular component (made of red blood cells, white blood cells and platelets) and a liquid extracellular matrix .

Clotting is activated by exposure to anything other than the smooth inner surface of a blood vessel, where a cascade commences to plug the wound. Platelets stick to the open wound, then soluble fibrinogen, a type of plasma protein, is converted to insoluble fibrin, which forms a “mesh” around the plug and prevents further blood loss. Over time, as this heals, the mesh and plug are broken down (or pulled off, if you pick scabs).

In most people, the blood is made up of about 45% cells – mainly red blood cells, only 1% are white blood cells – and 55% plasma. Too much or too little of any of these can cause disease, such as anaemia.

Blood cells are constantly produced and recycled. The body produces about 2 million red blood cells a second, but this can be vastly increased in times of stress, such as at high altitudes, where less oxygen is available.

The volume of blood in a person’s body changes over a 24-hour period. The body has its highest volume before lunch, as liquid is taken into the body.

A pregnant woman’s blood volume can increase by up to 50% during pregnancy. This is to support the uterus, which has the placenta and developing foetus in it.

3. There are more than four blood types

We inherit our blood type from our parents. We either have blood type A, B, AB, or O. These groups determines what antigens you have, which means that depending on your blood type, blood from a person with an incompatible group cannot be transfused into another person.

But the other main blood group typing is Rhesus (Rh). People are either Rh+ or Rh- – meaning a person who is Rh+ has additional antigens, and cannot donate blood to someone who is Rh-, as this can cause an immune response.

We constantly recycle blood cells and can make more blood cells when blood is lost. This means we can donate approximately 470 millilitres of blood at one time. The body takes about 12 weeks for men and 16 weeks for women to fully replenish all the blood cells donated.

However, if we lose more than 40% of blood volume (a process known as exsanguination ), we die. If we lose around 10-20% of blood, the body goes into shock. While in shock, the body will try to fix the situation by increasing heart rate and breathing, and the body sweats and skin loses colour.

It used to be that “whole” blood donations had to be used all at once. But now, the blood is separated into its different components – red blood cells, white blood cells, platelets and plasma – to make sure it is used as efficiently as possible, since a patient may only need one blood component.

Blood, like all things, has a use-by date . How quickly it must be used depends on the part of blood. Red blood cells can be stored for about six weeks. But platelets only last a few days so are constantly needed. Other parts, such as plasma, can be frozen for up to a year. White cells are usually filtered out of donations.

“Bloodletting,” which dates back at least 3000 years , used to be a popular treatment for many common ailments. Many cases of bloodletting used leeches, which can consume five to ten millilitres of blood at a time – about ten times its body weight.

Bloodletting is behind the red-and-white poles you see outside a barber’s shop. The red represents the blood, and the white represents bandages. Barbers used to perform common medical procedures, including bloodletting.

Read more: How we learned to keep organs alive outside the body: a horrible history

Bloodletting is still used, even with leeches that are specially farmed, in cases of plastic or reconstructive surgery. They help to remove clotted blood in an area of tissue that requires healing or attachment.

Another form of bloodletting uses a needle to remove blood and reduce the amount of iron in the body to treat haemochromatosis – where there’s too much iron in the body.

Human blood is red because of the presence of haemoglobin . But not all animals bleed red.

Icefish have clear blood, and one species of skink (a type of lizard) has green blood . Peanut worms have purple blood, and many bugs and beetles have yellow blood.

The colour of blood is usually because of specific proteins in the blood. These proteins may also have some survival advantage depending on the environment in which the species lives.

Despite medical advances, one challenge scientists still face is being able to produce artificial blood that is as high quality and efficient at all the jobs human blood does.

Adam Taylor is affiliated with the Anatomical Society. 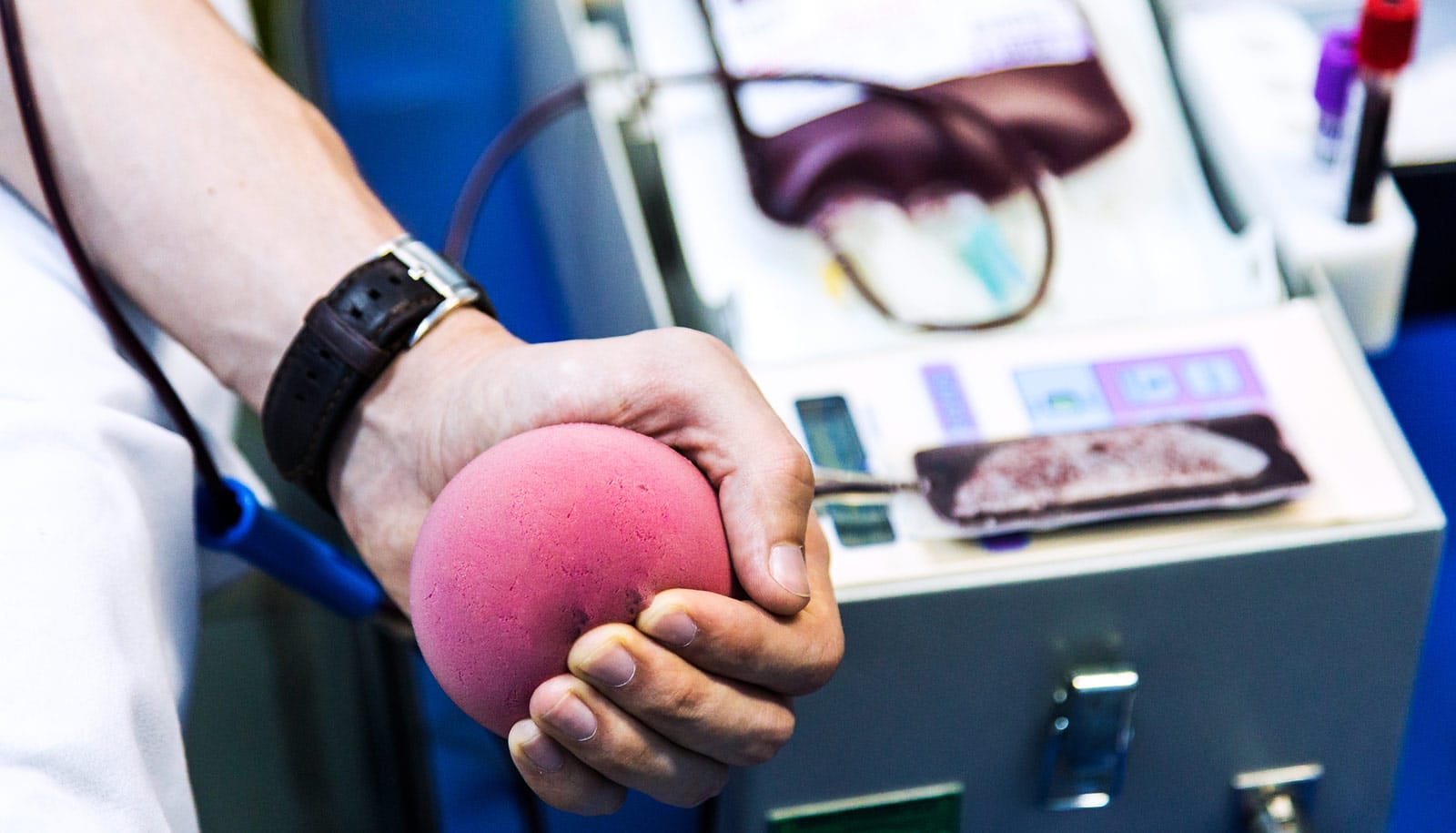