A new wearable patch could help provide improved treatment for people with melanoma.

Conventional melanoma therapies, including chemotherapy and radiotherapy, suffer from the toxicity and side effects of repeated treatments due to the aggressive and recurrent nature of melanoma cells.

Less invasive topical chemotherapies have emerged as alternatives, but the painful size of the microneedles and the rapidly dissolving behavior of polymers used in the treatments have hindered their widespread use.

“We developed a novel wearable patch with fully miniaturized needles, enabling unobtrusive drug delivery through the skin for the management of skin cancers,” says Chi Hwan Lee, an assistant professor of biomedical engineering and mechanical engineering at Purdue University.

“Uniquely, this patch is fully dissolvable by body fluids in a programmable manner such that the patch substrate is dissolved within one minute after the introduction of needles into the skin, followed by gradual dissolution of the silicon needles inside the tissues within several months.”

This gradual slow dissolution of the silicon nanoneedles allows for long-lasting and sustainable delivery of cancer therapeutics, Lee says.

Lee says he started working on this type of technology after seeing his daughter express fearful thoughts about needles when receiving vaccinations.

“The uniqueness of our technology arises from the fact that we used extremely small but long-lasting silicon nanoneedles with sharpened angular tips that are easy for their penetration into the skin in a painless and minimally invasive manner,” Lee says.

The researchers developed a novel design of bioresorbable silicon nanoneedles that are built on a thin, flexible and water-soluble medical film. The water-soluble film serves as a temporary holder that can be conformably interfaced with the soft, curvilinear surface of the skin during the insertion of the nanoneedles, followed by rapid, complete dissolution within a minute.

The surface of the nanoneedles is configured with nanoscale pores and provides a large drug loading capacity comparable to those using conventional microneedles .

Lee says the nanoneedles could deliver the chemotherapeutic drugs to target melanoma sites in a sustainable manner. The silicon nanoneedles are biocompatible and dissolvable in tissue fluids, such that they can be completely resorbed in the body over months in a harmless manner.

The technology is published in the journal ACS Nano . Additional researchers from Purdue’s College of Pharmacy and Hanyang University in South Korea helped develop and test the technology.

The Air Force Office of Scientific Research supports this research. The team worked with the Purdue Research Foundation Office of Technology Commercialization to patent this technology. The researchers are looking for partners to continue developing their technology.

The post Patch that treats melanoma dissolves in 1 minute appeared first on Futurity . 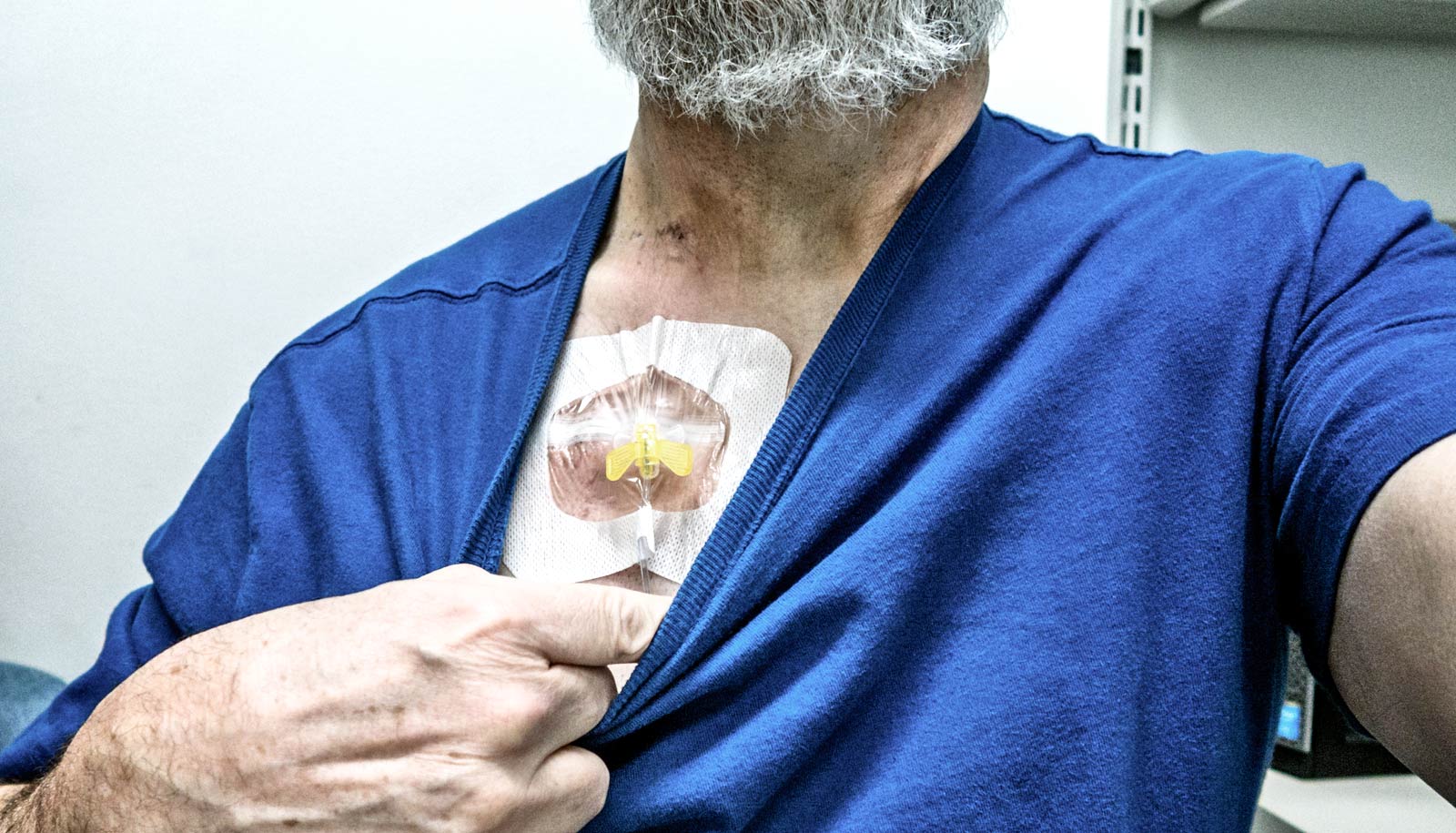 Invention uses nanoparticles to track chemo in the body 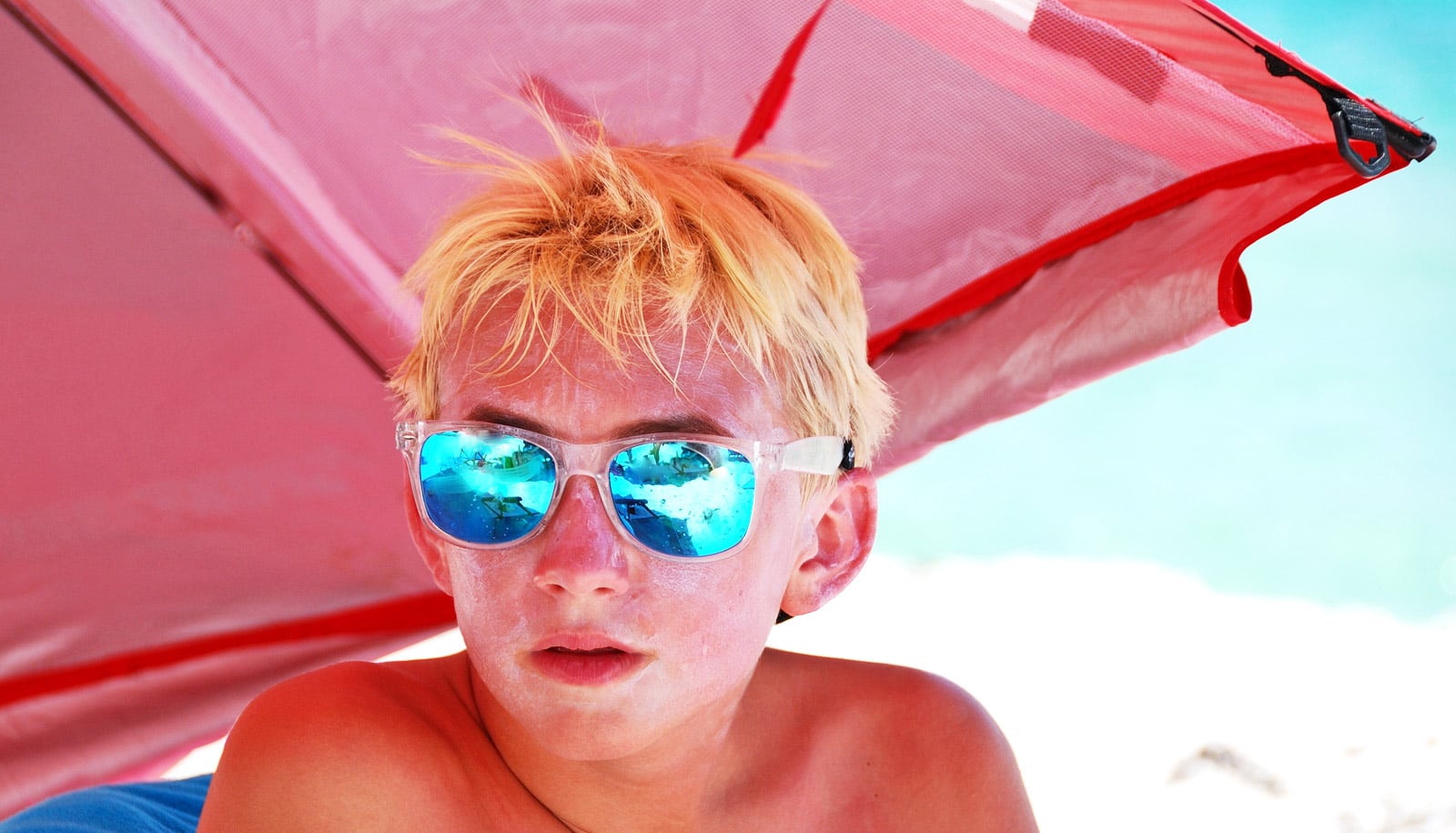