New models could inform researchers working to get the very first picture of Sagittarius A*, the supermassive black hole at the Milky Way's center.

New research may advance the quest to get a snapshot of the black hole at the center of our galaxy.

Like most galaxies, the Milky Way hosts a supermassive black hole at its center. Called Sagittarius A*, the object has captured astronomers’ curiosity for decades. And now there is an effort to image it directly.

Catching a good photo of the celestial beast will require a better understanding of what’s going on around it, which has proved challenging due to the vastly different scales involved.

“That’s the biggest thing we had to overcome,” says Sean Ressler, a postdoctoral researcher at the Kavli Institute for Theoretical Physics (KITP) at the University of California, Santa Barbara.

The new paper in the Astrophysical Journal Letters investigates the magnetic properties of the accretion disk surrounding Sagittarius A*.

A simulation of light emission around Sagittarius A* as gas spirals inward over the course of around 53 hours.

In the study, researchers sought to determine whether the black hole’s magnetic field, which is generated by in-falling matter, can build up to the point where it briefly chokes off this flow, a condition scientists call magnetically arrested. Answering this would require simulating the system all the way out to the closest orbiting stars.

The system in question spans seven orders of magnitude. The black hole’s event horizon, or envelope of no return, reaches around 4 to 8 million miles from its center. Meanwhile, the stars orbit around 20 trillion miles away, or about as far as the sun’s nearest neighboring star.

“So you have to track the matter falling in from this very large scale all the way down to this very small scale,” says Ressler. “And doing that in a single simulation is incredibly challenging, to the point that it’s impossible.” The smallest events proceed on timescales of seconds while the largest phenomena play out over thousands of years.

This paper connects small scale simulations, which are mostly theory-based, with large-scale simulations that can be constrained by actual observations. To achieve this, the researchers divided the task between models at three overlapping scales.

The incredibly strong solar winds are visible in Ressler and White’s simulation of the Wolf-Rayet stars orbiting Sagittarius A*. (Credit: Sean Ressler and Chris White)

The first simulation relied on data from Sagittarius A*’s surrounding stars. Fortunately, the black hole’s activity is dominated by just 30 or so Wolf-Rayet stars, which blow off tremendous amounts of material.

“The mass loss from just one of the stars is larger than the total amount of stuff falling into the black hole during the same time,” Ressler says. The stars spend only around 100,000 years in this dynamic phase before transitioning into a more stable stage of life.

Using observational data, the researchers simulated the orbits of these stars over the course of about a thousand years. They then used the results as the starting point for a simulation of medium-range distances, which evolve over shorter time scales. They repeated this for a simulation down to the very edge of the event horizon, where activity takes place in matters of seconds. Rather than stitching together hard overlaps, this approach allowed the researchers to fade the results of the three simulations into one another.

“These are really the first models of the accretion at the smallest scales in [Sagittarius] A* that take into account the reality of the supply of matter coming from orbiting stars,” says coauthor Chris White, also a KITP postdoc.

And the technique worked splendidly. “It went beyond my expectations,” Ressler remarks.

“The other ingredient that helps create jets is a rapidly spinning black hole,” says White, “so this may be telling us something about the spin of Sagittarius A*.”

Unfortunately, black hole spin is difficult to determine. The researchers modeled Sagittarius A* as a stationary object. “We don’t know anything about the spin,” Ressler says. “There’s a possibility that it’s actually just not spinning.”

The researchers next plan to model a spinning back hole, which is much more challenging. It immediately introduces a host of new variables, including spin rate, direction, and tilt relative to the accretion disc. They will use data from the European Southern Observatory’s GRAVITY interferometer to guide these decisions.

The team used the simulations to create images that can be compared to actual observations of the black hole. Scientists at the Event Horizon Telescope collaboration—which made headlines in April 2019 with the first direct image of a black hole—have already reached out requesting the simulation data in order to supplement their effort to photograph Sagittarius A*.

The Event Horizon Telescope effectively takes a time average of its observations, which results in a blurry image. This was less of an issue when the observatory had their sights on Messier 87*, because it is around 1,000 times larger than Sagittarius A*, so it changes around 1,000 times more slowly.

Ressler’s results are a big step forward in our understanding of the activity at the center of the Milky Way.

“This is the first time that Sagittarius A* has been modeled over such a large range in radii in 3D simulations, and the first event horizon-scale simulations to employ direct observations of the Wolf-Rayet stars,” Ressler says.

The Gordon and Betty Moore Foundation and the Simons Foundation supported Ressler and White.

The post Models shed light on black hole at our galaxy’s center appeared first on Futurity . 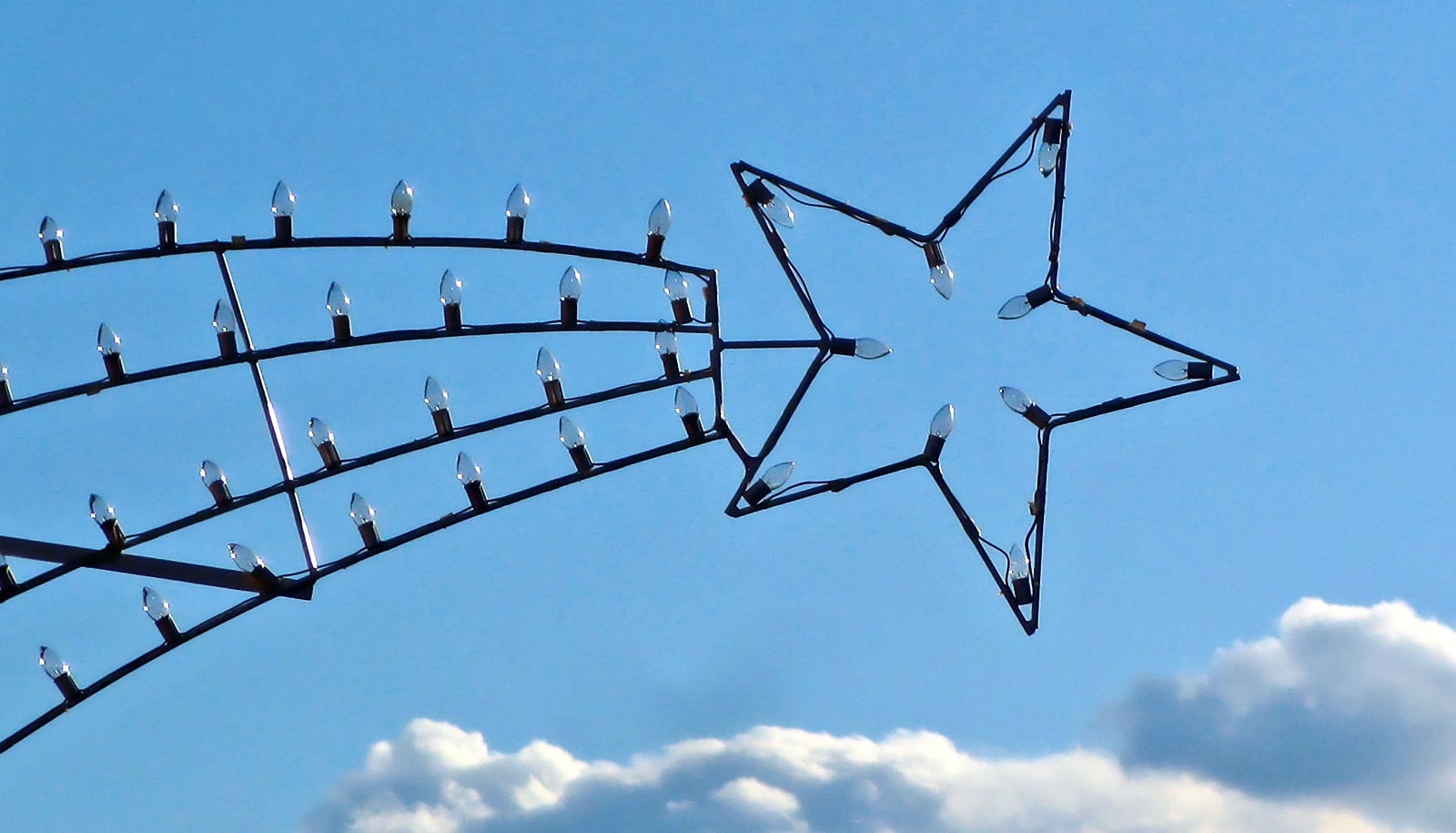 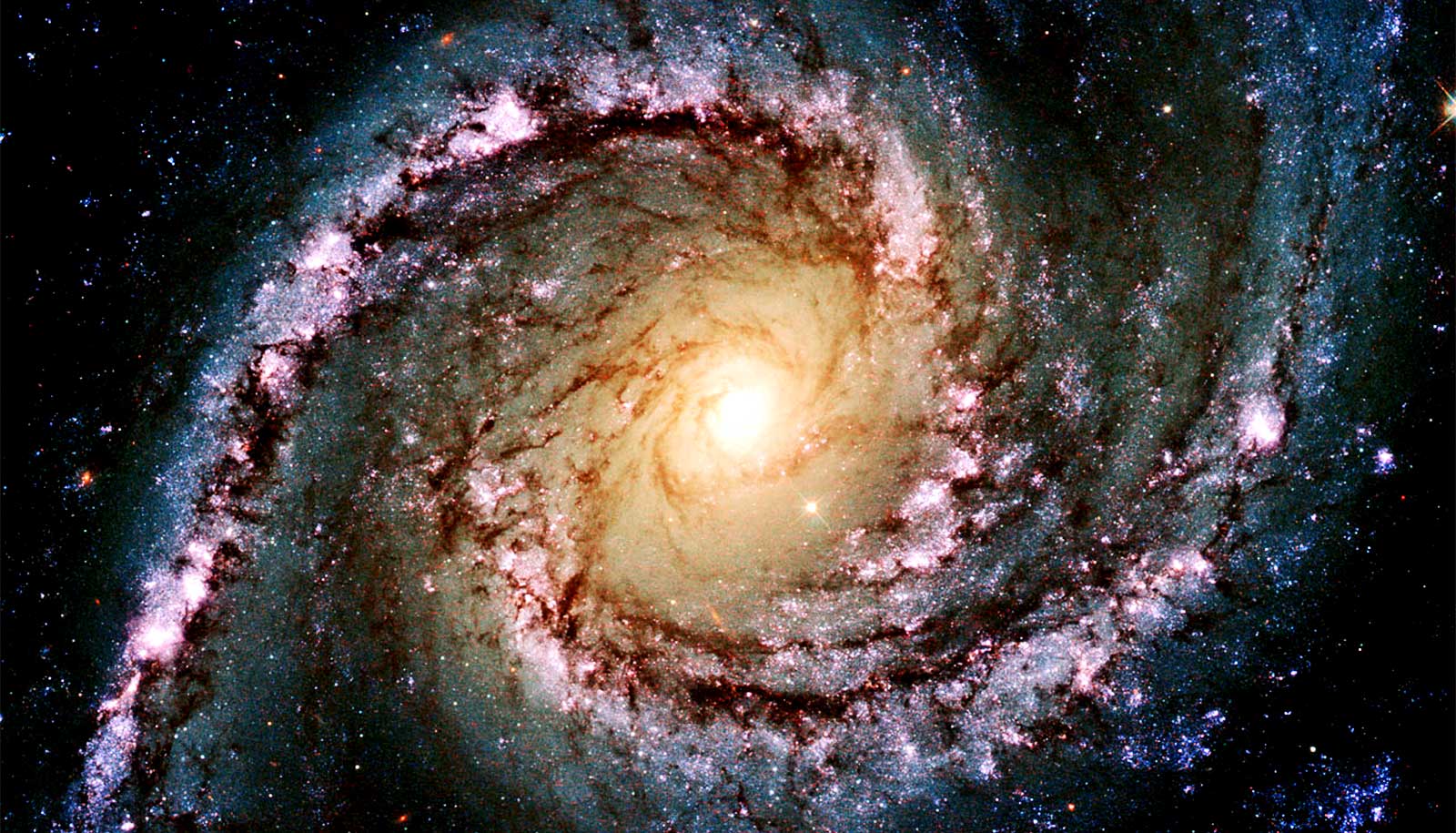 Giant black holes and their galaxies grow up side-by-side