Tiny satellites could be the key to a global quantum internet network. That could mean internet from space on Earth, and communication between spacecraft.

Tiny nanosatellites could bring the quantum internet to people on Earth, researchers report.

“In the future, our system could be part of a global quantum network transmitting quantum signals to receivers on Earth or on other spacecraft.”

Headline-grabbing experiments by China’s satellite Micius have shown that quantum signals can reach Earth from satellites with their spooky and useful properties intact, pointing the way to building a global quantum internet.

Now, researchers have now shown that nanosatellites might do the job for less money compared to using larger satellites. A paper on the work appears in Optica .

Data from the 2.6 kilogram (5.7 lb) satellite, in orbit 400 kilometers (248.5 miles) above the Earth, confirm that it creates entangled quantum signals in a compact instrument onboard.

Entanglement , once called “spooky action at a distance” by Einstein, is a correlation in the properties of particles that can bring gains in privacy and computing power.

Both SpooQy-1 and Micius carry quantum sources that create pairs of entangled light particles, called photons. Today’s internet already uses photons to carry data through optical fibers. The challenge in building a quantum internet is that optical losses in fiber limit quantum signals to distances of a few tens of kilometers (10 km is 6.2 miles). Satellites could reach further.

“In the future, our system could be part of a global quantum network transmitting quantum signals to receivers on Earth or on other spacecraft,” says first author Aitor Villar, who worked on the quantum source for SpooQy-1 while getting his PhD at the Centre for Quantum Technologies (CQT) at the National University of Singapore.

“These signals could be used to implement many types of quantum communication application, from quantum key distribution for extremely secure data transmission to quantum teleportation, where information is transferred by replicating the state of a quantum system from a distance.”

Back in the 1990s, CQT Director Artur Ekert was the first to propose that entangled signals could be exploited for secure communication. He contributed to the new experiments with Micius, working on some theoretical aspects of the paper.

A country the size of Singapore could have a fiber-based quantum network—and in separate projects the Infocomm Media Development Authority, Singtel, and ST Engineering have been looking at the technology—but innovation is needed to go global.

“We are seeing a surge of interest in building quantum networks around the world. Satellites are a solution to making long range networks, creating connections across country borders and between continents,” says Alexander Ling, principal investigator at CQT and an associate professor in the NUS physics department. He leads CQT’s satellite program.

“The research findings can potentially be used for data encryption, offering the superior level of security that the technology is known for,” says Lim Khiang Wee, executive director of academic research at the National Research Foundation, which funded the work.

“As Singapore is a highly digital society, this development could help build a resilient and reliable quantum network that ensures digital privacy is more secure than ever.”

Nanosatellites like SpooQy-1 are cost-effective to build and launch because they follow industry standards for CubeSats and have a small size.

SpooQy-1 launched first to the International Space Station from the United States in April 2019, and then into orbit with help from the station’s astronauts on June 17th, 2019. CQT made these arrangements for space travel with the Singapore Space and Technology Association and the Japan Aerospace Exploration Agency.

Before the satellite left Earth, much of the team’s work went into miniaturizing the quantum source to fit into SpooQy-1’s shoe-box sized frame, optimizing it to work with minimal power and making it rugged enough to survive a rocket launch and conditions in space. The source consists of a blue laser diode that shines on nonlinear crystals to create pairs of photons.

“At each stage of development, we were actively conscious of the budgets for mass, size, and power,” says Villar. “By iterating the design through rapid prototyping and testing, we arrived at a robust, small-form factor package for all the off-shelf components needed for an entangled photon-pair source.”

The researchers carried out trials of earlier prototype instruments by flying equipment on a weather balloon to the edge of the atmosphere and in another nanosatellite called Galassia.

The team reported that the instrument in SpooQy-1 successfully generated entangled photon-pairs over temperatures from 16 °C to 21.5 °C (60.8 °F to 70.7 °F.) The satellite has now been operational for a full year, completing about 5,800 orbits around the Earth, and continues to work.

What Micius has achieved highlights the challenges ahead. The Chinese satellite first reported entanglement distribution to ground stations in 2017, but so few photons were detected on Earth that it was not practical for communication. To achieve the newly reported quantum key distribution rate of 0.12 bits per second, the team upgraded the ground stations to improve detection efficiency and improved the signal processing.

SpooQy-1 is controlled from ground stations in Singapore and Switzerland, but it hasn’t attempted to send its quantum signals to Earth. That’s the goal of a next phase, announced in 2018 as a joint project between Singapore and the UK.

For that mission, researchers at CQT are collaborating with RAL Space in the UK to design and build a quantum nanosatellite similar to SpooQy-1 with the capabilities needed to beam entangled photons from space to a ground receiver. Some of this work is happening with SpeQtral, a venture-funded startup that spun-off from CQT to commercialize satellite-based quantum communication systems.

“In our next mission, we are working towards CubeSat-to-ground quantum communications for sharing secret encryption keys across the globe,” says coauthor Robert Bedington, Chief Technology Officer at SpeQtral and one of the project managers for the satellite’s successor.

“This capability is attractive to organizations who need to keep their networks secure from the most sophisticated hackers.”

The next quantum nanosatellite is slated for launch in 2022.

The post Nanosatellites could beam ‘quantum internet’ to Earth appeared first on Futurity . 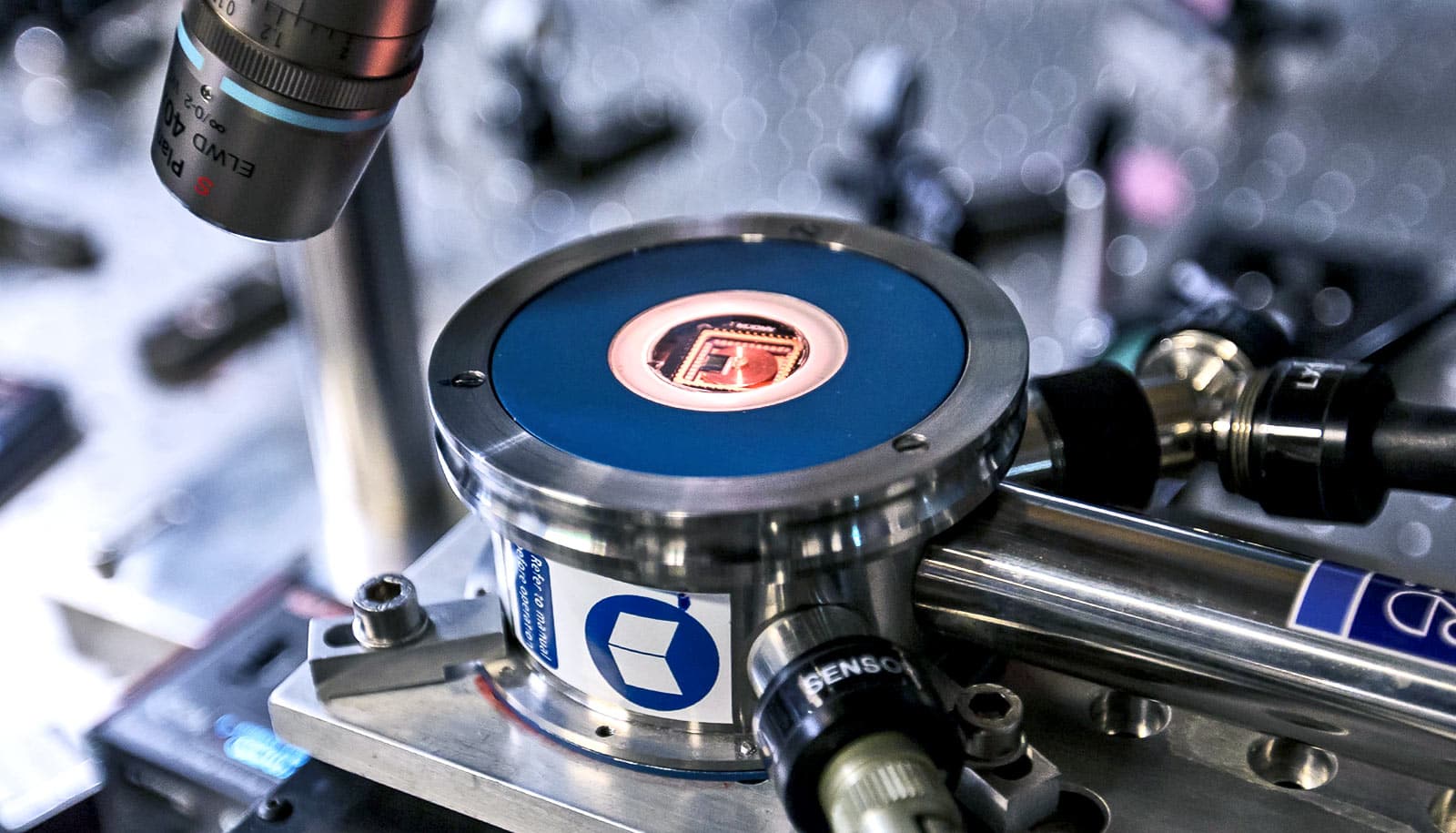 Tiny component may be able to reach ‘quantum supremacy’ 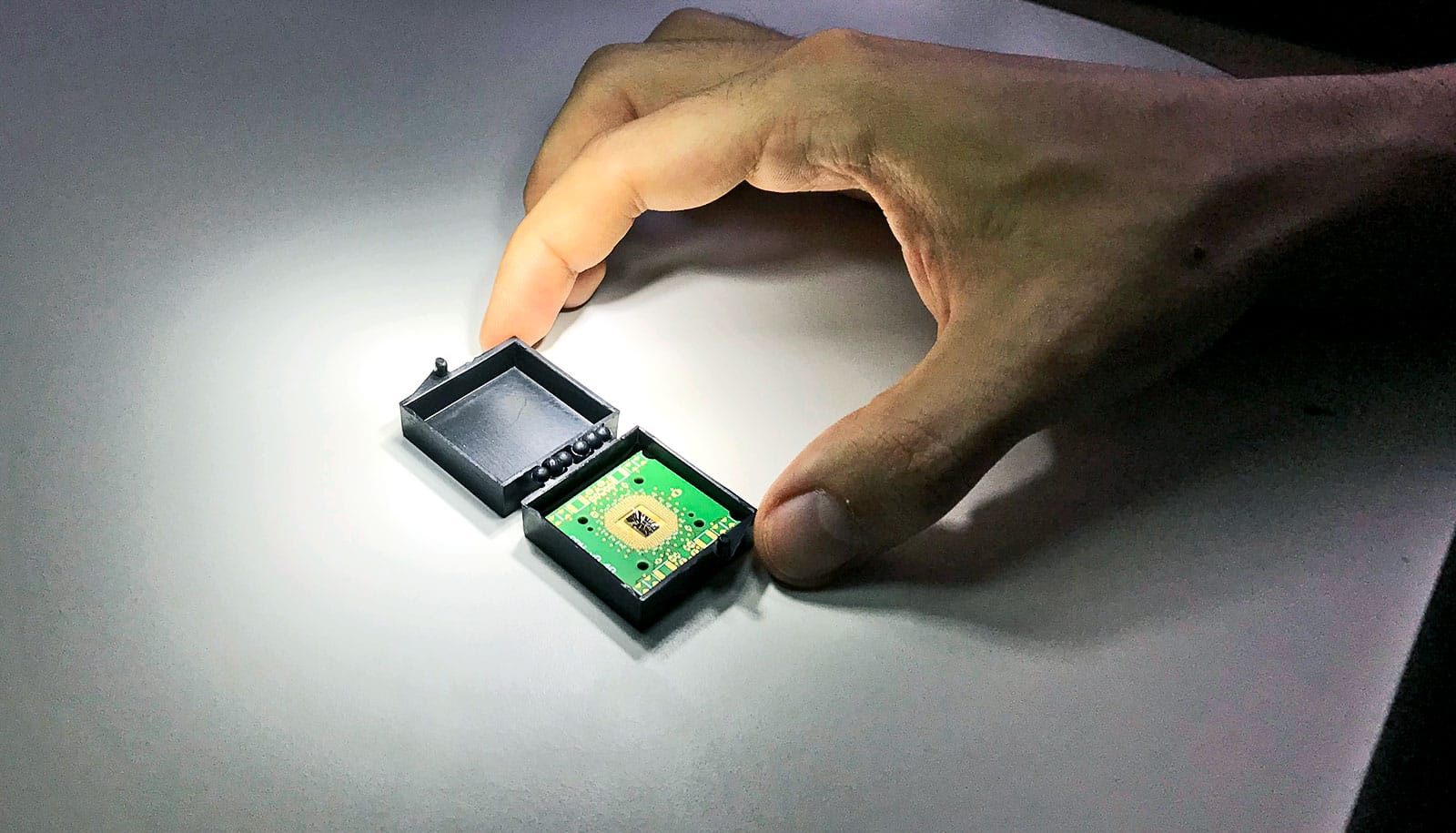