‘Ultrafast’ insulin may be 4X speedier than the regular stuff

A new formula for ultrafast insulin could work in much less time than the current stuff, according to research with pigs.

“…we wanted to develop a ‘magic fairy dust’ that you add into a vial that would help to fix the stability problem.”

The researchers focused on so-called monomeric insulin, which has a molecular structure that, according to theory, should allow it to act faster than other forms of insulin. The catch is that monomeric insulin is too unstable for practical use. So, in order to realize the ultrafast potential of this insulin, the researchers relied on some materials science magic.

“The insulin molecules themselves are fine, so we wanted to develop a ‘magic fairy dust’ that you add into a vial that would help to fix the stability problem,” says senior author Eric Appel, assistant professor of materials science and engineering at Stanford University.

“People often focus on the therapeutic agents in a drug formulation but, by focusing only on the performance additives—parts that were once referred to as ‘inactive ingredients’—we can achieve really big advancements in the overall efficacy of the drug.”

After screening and testing a large library of additive polymers, the researchers found one that could stabilize monomeric insulin for more than 24 hours in stressed conditions. (By comparison, commercial fast-acting insulin stays stable for six to ten hours under the same conditions.)

The researchers then confirmed the ultrafast action of their formulation in diabetic pigs.

Current commercial formulations of insulin contain a mix of three forms: monomers, dimers, and hexamers. Scientists have assumed monomers would be the most readily useful in the body but, within vials, the insulin molecules are drawn to the surface of the liquid where they aggregate and become inactive. (Hexamers are more stable in the vial but take longer to work in the body because they first have to break down into monomers to become active.) This is where the “magic fairy dust”—a custom polymer that is attracted to the air/water interface—comes in.

“We focused on polymers that would preferentially go to that interface and act as a barrier between any of the insulin molecules trying to gather there,” says co-lead author Joseph Mann, a graduate student in the Appel lab. Crucially, the polymer can do this without interacting with the insulin molecules themselves, allowing the drug to take effect unimpeded.

Finding just the right polymer with the desired properties was a long process that involved a three-week trip to Australia, where a fast-moving robot created approximately 1500 preliminary candidates. This was followed by processing and testing individually by hand to identify polymers that successfully exhibited the desired barrier behavior.

The first 100 candidates didn’t stabilize commercial insulin in tests but the researchers pressed on. They found their magic polymer only weeks before they were scheduled to run experiments with diabetic pigs.

“It felt like there was nothing happening and then all of the sudden there was this bright moment… and a deadline a couple of months away,” says Mann. “The moment we got an encouraging result, we had to hit the ground running.”

“When I ran the blood tests and started plotting the data, I almost couldn’t believe how good it looked.”

In commercial insulin—which typically remains stable for about 10 hours in accelerated aging tests—the polymer drastically increased the duration of stability for upwards of a month. The next step was to see how the polymer affected monomeric insulin, which on its own aggregates in 1-2 hours. It was another welcome victory when the researchers confirmed that their formulation could remain stable for over 24 hours under stress.

“In terms of stability, we took a big step backward by making the insulin monomeric. Then, by adding our polymer, we met more than double the stability of the current commercial standard,” says co-lead author Caitlin Maikawa, a graduate student in the Appel lab.

The researchers then evaluated their new monomeric insulin formulation in diabetic pigs—the most advanced non-human animal model—and found that their insulin reached 90% of its peak activity within five minutes after the insulin injection .

For comparison, the commercial fast-acting insulin began showing significant activity only after 10 minutes. Furthermore, the monomeric insulin activity peaked at about 10 minutes while the commercial insulin required 25 minutes. In humans, this difference could translate to a four-fold decrease in the time insulin takes to reach peak activity.

“When I ran the blood tests and started plotting the data, I almost couldn’t believe how good it looked,” says Maikawa.

“It’s really unprecedented,” says Appel. “This has been a major target for many big pharmaceutical companies for decades.”

The monomeric insulin also finished its action sooner. Both beginning and ending activity sooner makes it easier for people to use insulin in coordination with mealtime glucose levels to appropriately manage their blood sugar levels .

The researchers plan to apply to the Food and Drug Administration for approval to test their insulin formulation in clinical trials with human participants (although no trials are planned yet and they are not seeking participants at this time). They are also considering other uses for their polymer, given how significantly it increased stability in commercial insulin.

Because their insulin formulation activates so quickly—and, therefore, more like insulin in a person without diabetes—the researchers are excited by the possibility that it could aid the development of an artificial pancreas device that functions without the need for patient intervention at mealtimes.

The researchers are conducting additional tests in hopes of qualifying for clinical trials in humans.

The results appear in Science Translational Medicine . Additional coauthors are from Stanford and CSIRO Manufacturing in Australia.

Funding for the research came from the National Institutes of Health, a Pilot and Feasibility seed grant from the Stanford Diabetes Research Center, the Stanford Maternal and Child Health Research Institute, the American Diabetes Association, the PhRMA Foundation, the US Department of Defense, a Stanford Graduate Fellowship, the Natural Sciences and Engineering Research Council of Canada, the Stanford Bio-X Bowes Graduate Student Fellowship, the Novo Nordisk Foundation, Stanford Bio-X, and the Danish Council of Independent Research.

The post ‘Ultrafast’ insulin may be 4X speedier than the regular stuff appeared first on Futurity . 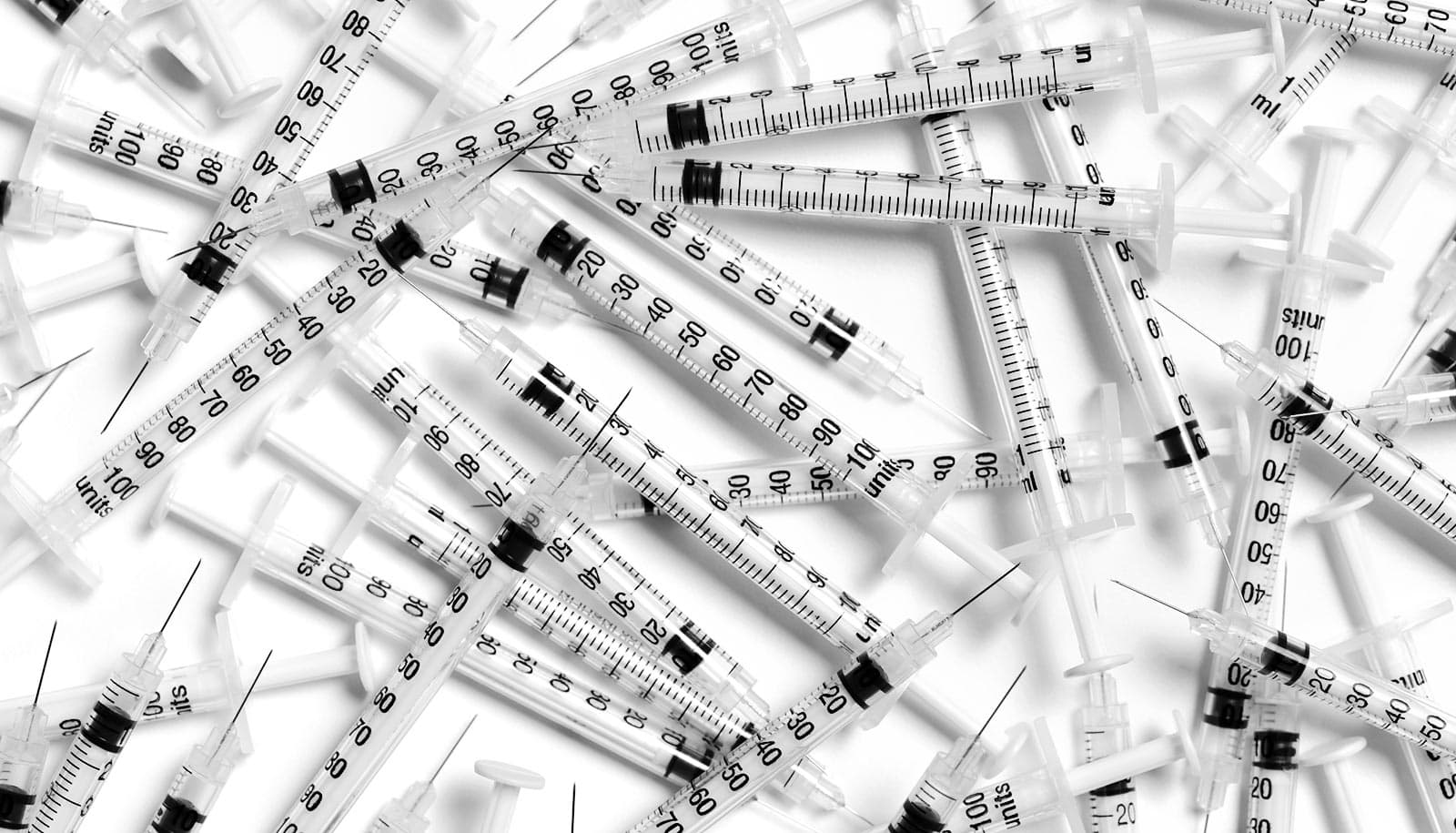 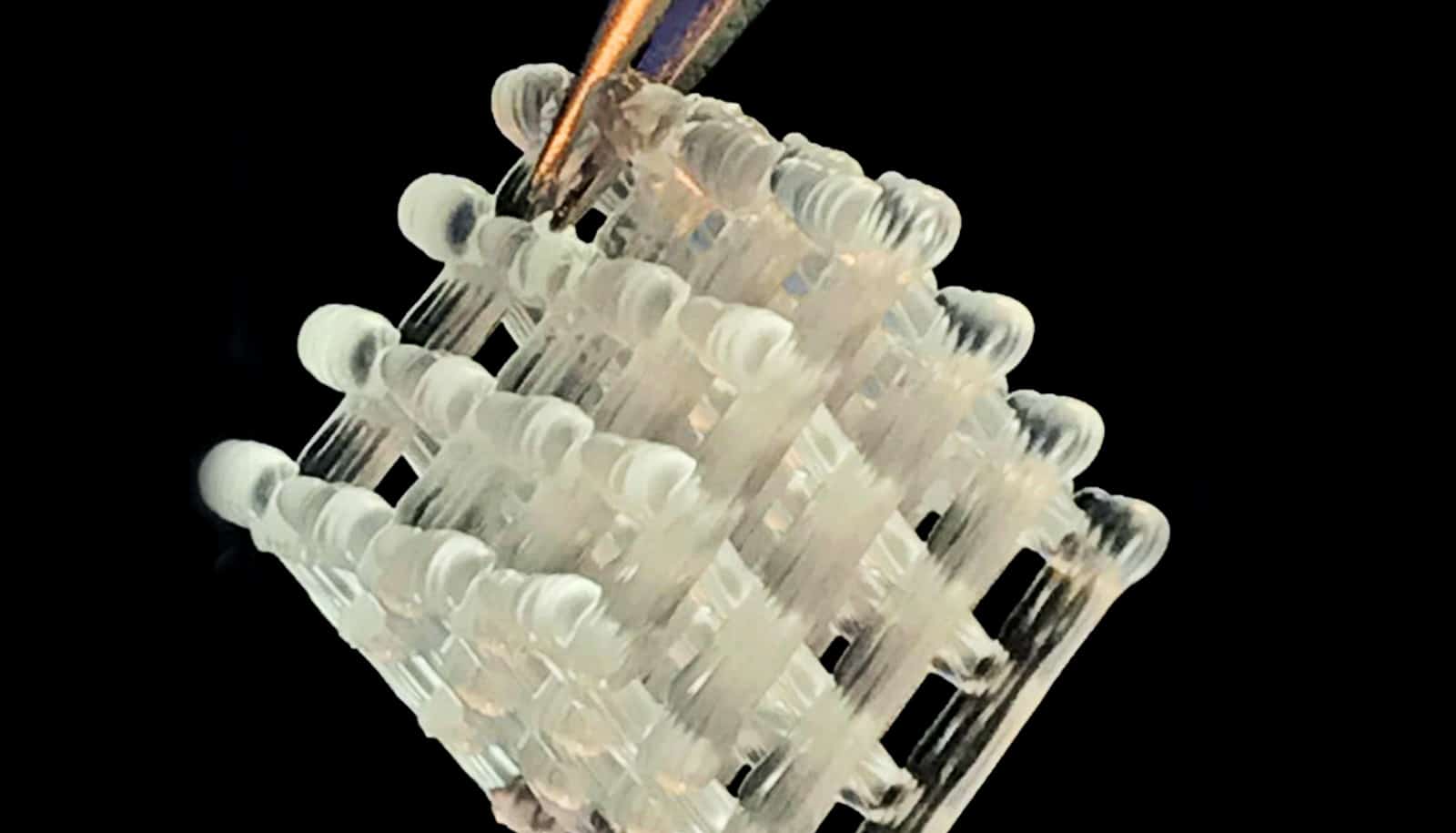