This summer, NASA's Mars Perseverance rover is taking the next giant leap in our search for signs of life beyond Earth.

This summer, NASA is taking the next giant leap in the search for signs of life beyond Earth.

On July 30, if the weather in Florida holds, NASA will launch its most sophisticated and ambitious spacecraft to Mars: the aptly named Perseverance rover. This will be the third launch to Mars this month, following the UAE’s Hope and China’s Tianwen-1 spacecraft. Perseverance will look for signatures of ancient life preserved in Mars rocks. And, for the first time, this rover will collect rock samples that will be brought back to Earth, where they can be scrutinized in laboratories for decades to come.

Mars is one the few destinations in the Solar System that has had conditions suitable for life as we know it. There is a chance that Perseverance will collect the sample from Mars that answers the question: “Are we alone in the universe?” This question is especially relevant right now. During the coronavirus pandemic, the mission has remarkably stayed on track for launch in spite of disruptions and delays , and we have been reminded that life on Earth is vulnerable and precious.

As two experts in planetary science and members of the Perseverance science team, we expect that this mission will be the best chance – within our own lifetimes at least – to create a scientific revolution in astrobiology.

Searching for life in Jezero crater

On Feb. 18, 2021, if all goes according to plan, Perseverance will enter the Martian atmosphere at 13,000 mph, and seven nerve-racking minutes later , will be lowered gently onto the surface by a jetpack . The rover will land in Jezero crater , a site that NASA hopes will provide a window to a time when rain fell and rivers flowed on ancient Mars.

Over the past 30 years, a fleet of rovers and orbiters have built a picture of an Earth-like ancient Mars. Between 3 and 4 billion years ago, Mars hosted vast river networks as long as the Mississippi , deep lakes that contained the building blocks of life , and hot springs that bubbled with potential for life. These watery environments were able to exist because ancient Mars had a thick atmosphere. However, that atmosphere has been leaking away , leaving the surface today cold, dry and inhospitable.

After five years of debate , Jezero crater was selected as the site on Mars that is most likely to preserve signs of life that might have inhabited Mars billions of years ago, when microbial life was first starting on Earth . Satellite images of Jezero show a river leading into the crater and ending in a large delta, which must have formed in a long-lived ancient lake. A bathtub ring of carbonate minerals around the edge of the crater might have formed along ancient beaches , and may preserve rocks with microbial textures known as stromatolites . Stromatolites record some of the earliest signs of life on Earth , and Perseverance will search for similar signs of life on Mars.

Perseverance will have many new capabilities that will transform how we explore Mars. The rover carries Ingenuity, a small helicopter that will be the first aircraft to fly on another planet. Because Mars’ atmosphere today is so thin – only 1% of the Earth’s – Ingenuity has to be extremely lightweight (4 lbs) with very large blades (4 feet tip-to-tip) to get off the ground. Ingenuity will take images of the distant landscape and help us scout the rover’s traverse; future Mars missions could adopt this model of rovers and aircraft working in tandem.

Looking even further ahead, Perseverance will help prepare for future human missions to Mars. One of many challenges for astronauts will be the packing list for a two-year roundtrip journey, which includes air, water and rocket fuel to get home. If these resources could be harvested on Mars, human missions would be much more feasible. Perseverance will test a process for creating oxygen from Mars’ carbon dioxide atmosphere. In the future, similar instruments could be sent ahead of astronauts, so that breathable air and liquid oxygen rocket propellant are waiting when they arrive.

Getting the samples back to Earth

The most immediate goal of the mission is to search for evidence of past life, and Perseverance’s science payload will allow the rover to search for organic materials and microbial textures at the scale of a grain of salt. However, finding definitive evidence of microbial life is extremely difficult . Ultimately, we will need to look at samples from Jezero with advanced instruments on Earth. This is why Perseverance will also collect pencil-sized rock cores that will be returned to Earth by a series of missions in the late 2020s.

By laying the groundwork for sample return with Perseverance, NASA is taking the next giant leap in its exploration of Mars. The rocks collected by Perseverance may be our only shot in the foreseeable future to search for signs of life with samples from another planet. This mission, therefore, is not just “go big or go home” – it is “go big and go home.”

Briony Horgan receives funding from NASA to participate in the Mars 2020 Mission as a member of the Mastcam-Z team.

Meteorites from Mars contain clues about the red planet's geology 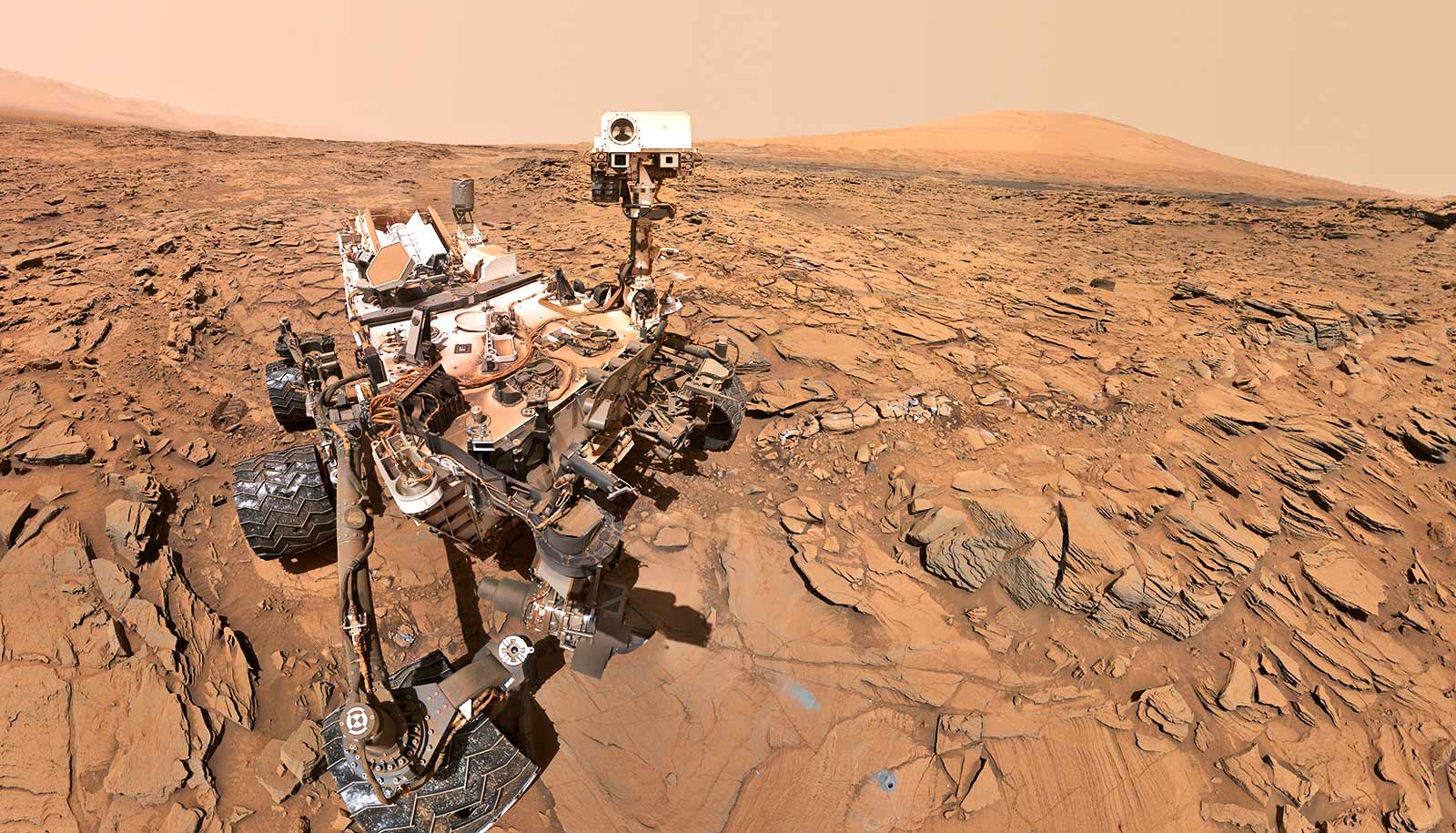