Stonehenge: how we revealed the original source of the biggest stones

How we traced the origin of the sarsen stones.

Stonehenge, an icon of European prehistory that attracts more than a million visitors a year, is rarely out of the news. Yet, surprisingly, there is much we don’t know about it. Finding the sources of the stones used to build the monument is a fundamental question that has vexed antiquaries and archaeologists for over four centuries.

Our interdisciplinary team, including researchers from four UK universities (Brighton, Bournemouth, Reading and UCL) and English Heritage, has used a novel geochemical approach to examine the large “sarsen” stones at Stonehenge. Our results confirm that the nearby Marlborough Downs were the source region for the sarsens, but also pinpoint a specific area as the most likely place from where the stones were obtained.

Two main types of stone are present at Stonehenge: sarsen sandstone for the massive framework of upright stones capped by horizontal lintels; and a mix of igneous rocks and sandstones collectively known as “bluestones” for the smaller elements within the central area.

Research in the last decade has confirmed that the igneous bluestones were brought to Stonehenge from the Preseli Hills in Pembrokeshire, over 200km to the west. The sandstones have been tracked to eastern Wales although the exact outcrops have yet to be found. However, the origins of the sarsen stones has, until now, remained a mystery.

Stonehenge is a complicated and long-lived monument constructed in five main phases . The earliest, dated to about 3000BC, comprised a roughly 100m-diameter circular enclosure bounded by a bank and external ditch. Inside were various stone and timber structures, and numerous cremation burials.

The sarsen structures visible today were erected around 2500BC and comprised five trilithons (the doorway-like structures formed from two uprights joined by a lintel) surrounded by a circle of a further 30 uprights linked by lintels. The trilithons were arranged in a horseshoe formation with its principal axis aligned to the rising midsummer sun in the northeast and the setting midwinter sun to the southwest.

Conventional wisdom holds that the sarsens were brought to Stonehenge from the Marlborough Downs, some 30km to the north, the closest area with substantial scatters of large sarsen boulders. However, the Marlborough Downs are extensive and greater precision is needed to understand how prehistoric peoples used the landscape and its resources.

Our research has identified what might be termed the “geochemical fingerprint” of the Stonehenge sarsens. We started by analysing the geochemistry of all 52 remaining sarsens at Stonehenge (28 of those originally present are now missing, having been removed long ago).

This phase of the work involved using a non-destructive technology called portable x-ray fluorescence spectrometry (PXRF). Carrying out the PXRF analyses required access to the monument when it was closed to visitors and included several night shifts and one early morning analysing the lintel stones from a mobile scaffold tower. Data collection is never easy!

Analysis of the PXRF data showed that the geochemistry of most of the stones at Stonehenge was highly consistent, and only two sarsens (stones 26 and 160) had a statistically different chemical signature. This was an interesting result as it suggested we were looking for a single main source.

Then came a major stroke of luck. We were able to analyse three small samples that had been taken from one of the stones in 1958 , Stone 58, part of the group of sarsens with a consistent chemistry. Using a method known as inductively coupled plasma mass spectrometry (ICP-MS) gave a high-resolution geochemical fingerprint for the Stonehenge sarsen. Like all good detectives, we could now compare our fingerprint with those of the potential sources.

Sarsen blocks are found widely scattered across southern Britain, broadly south of a line from Devon to Norfolk. We sampled stones from 20 areas, including six in the Marlborough Downs, and analysed them using ICP-MS.

Comparing the geochemical signature from Stone 58 against our resulting data revealed only one direct chemical match: the area known as West Woods to the south-west of Marlborough. We could therefore conclude that most of the Stonehenge sarsens were from West Woods.

Our results not only identify a specific source for most of the sarsens used to build Stonehenge, but also open up debate about many connected issues. Researchers have previously suggested several routes by which the sarsens may have been transported to Stonehenge, without actually knowing where they came from.

Now these can be revisited as we better appreciate the effort of moving boulders as long as 9m and weighing over 30 tonnes some 25km across the undulating landscape of Salisbury Plain. We can feel the pain of the Neolithic people who took part in this collective effort and think about how they managed such a Herculean task.

We can also ask what was special about the West Woods plateaux and its sarsens. Was it simply their shape and size that attracted attention? Or was there some more deep-seated reason rooted in the beliefs and identities of the people that built Stonehenge?

Revealing that all the stones came from a single main source is also important and accords with the evidence that the sarsens were all erected at much the same time. But what about the two sarsens whose fingerprints differ from the main source? Where did they come from? The quest continues, and the questions just keep coming.

David Nash received funding for the research described in this article from the British Academy and The Leverhulme Trust.

Timothy Darvill received funding for the research described in this article from the British Academy and The Leverhulme Trust.

New Stonehenge discovery: how we found a prehistoric monument hidden in data 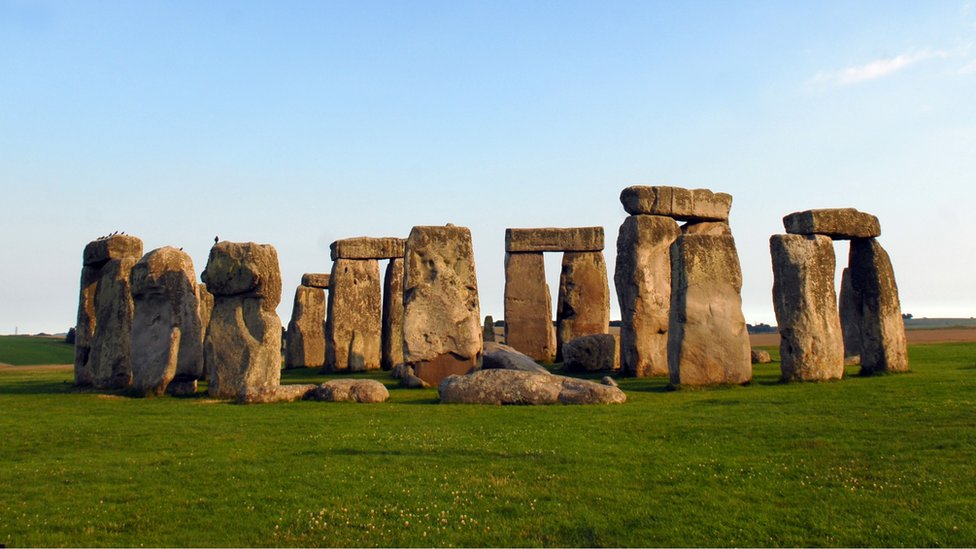