Seismologists used data from NASA's InSight Lander to get measurements deep within Mars. What they learned might clarify planetary formation.

Using data from NASA’s InSight Lander on Mars, seismologists have made the first direct measurements of three subsurface boundaries from the crust to the core of the red planet.

While researchers have previously calculated the thickness of Mars’ crust and the depth of its core with a number of models, the InSight data allowed for the first direct measurements, which researchers can use to check models and ultimately to improve them, Levander says.

“In the absence of plate tectonics on Mars, its early history is mostly preserved compared with Earth,” says graduate student Sizhuang Deng, the paper’s coauthor.

“The depth estimates of Martian seismic boundaries can provide indications to better understand its past as well as the formation and evolution of terrestrial planets in general.”

Finding clues about Mars’ interior and the processes that formed it are key goals for InSight, a robotic lander that touched down in November 2018.

The probe’s dome-shaped seismometer allows scientists to listen to faint rumblings inside the planet, in much the way that a doctor might listen to a patient’s heartbeat with a stethoscope.

Seismometers measure vibrations from seismic waves. Like circular ripples that mark the spot where a pebble disturbed the surface of a pond, seismic waves flow through planets, marking the location and size of disturbances like meteor strikes or earthquakes, which are aptly called marsquakes on the red planet. InSight’s seismometer recorded more than 170 of these from February to September 2019.

Seismic waves also subtly change as they pass through different kinds of rock. Seismologists have studied the patterns in seismographic recordings on Earth for more than a century and can use them to map the location of oil and gas deposits and much deeper strata.

“The traditional way to investigate structures beneath Earth is to analyze earthquake signals using dense networks of seismic stations,” says Deng. “Mars is much less tectonically active, which means it will have far fewer marsquake events compared with Earth. Moreover, with only one seismic station on Mars, we cannot employ methods that rely on seismic networks.”

The first boundary Deng and Levander measured is the divide between Mars’ crust and mantle almost 22 miles (35 kilometers) beneath the lander.

The second is a transition zone within the mantle where magnesium iron silicates undergo a geochemical change. Above the zone, the elements form a mineral called olivine, and beneath it, heat and pressure compress them into a new mineral called wadsleyite.

Known as the olivine-wadsleyite transition, researchers found this zone 690-727 miles (1,110-1,170 kilometers) beneath InSight.

“The temperature at the olivine-wadsleyite transition is an important key to building thermal models of Mars,” Deng says. “From the depth of the transition, we can easily calculate the pressure, and with that, we can derive the temperature.”

The third boundary he and Levander measured is the border between Mars’ mantle and its iron-rich core, which they found about 945-994 miles (1,520-1,600 kilometers) beneath the lander.

Better understanding this boundary “can provide information about the planet’s development from both a chemical and thermal point of view,” Deng says.

The post Team measures Mars from crust to core appeared first on Futurity . 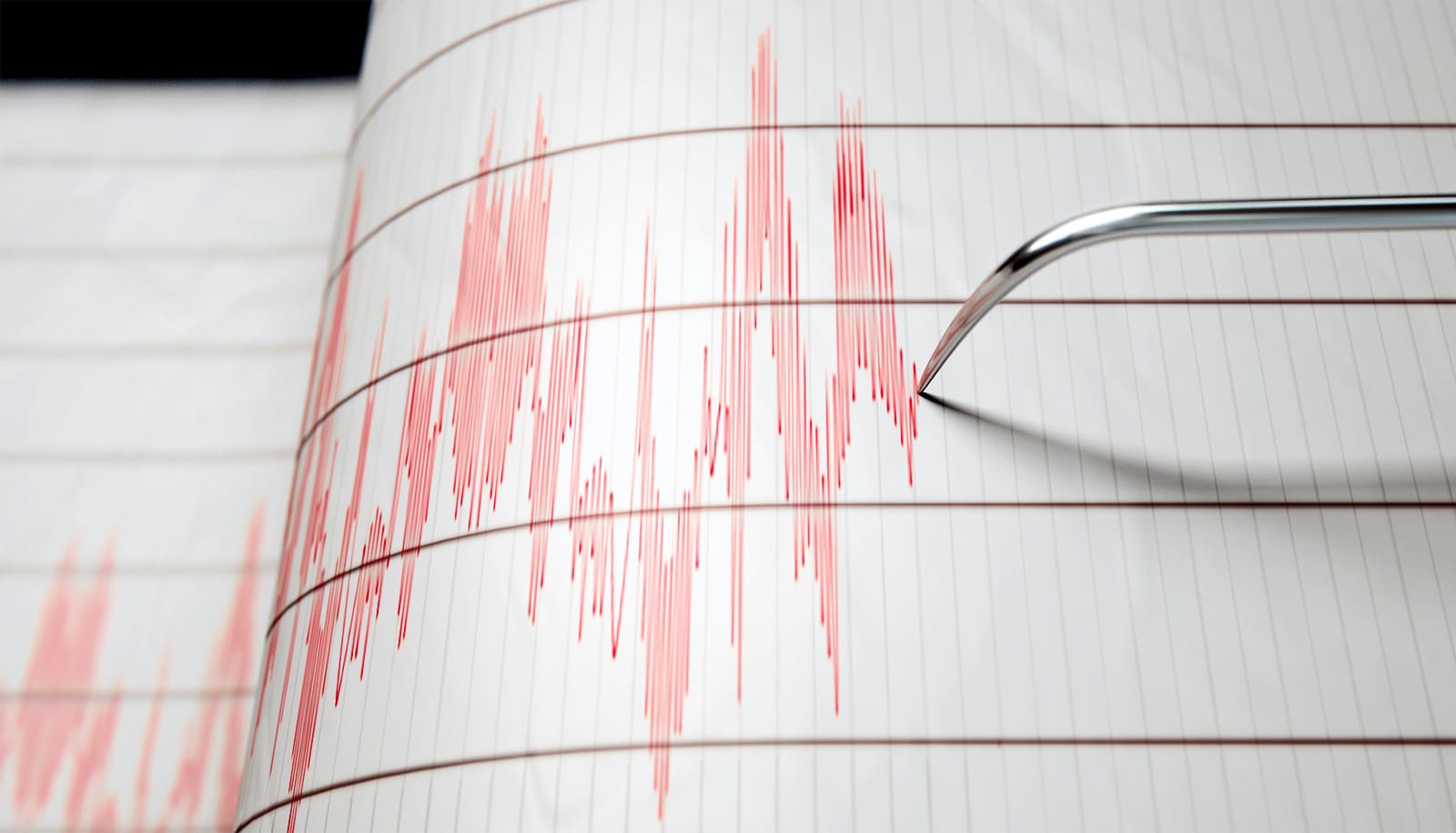 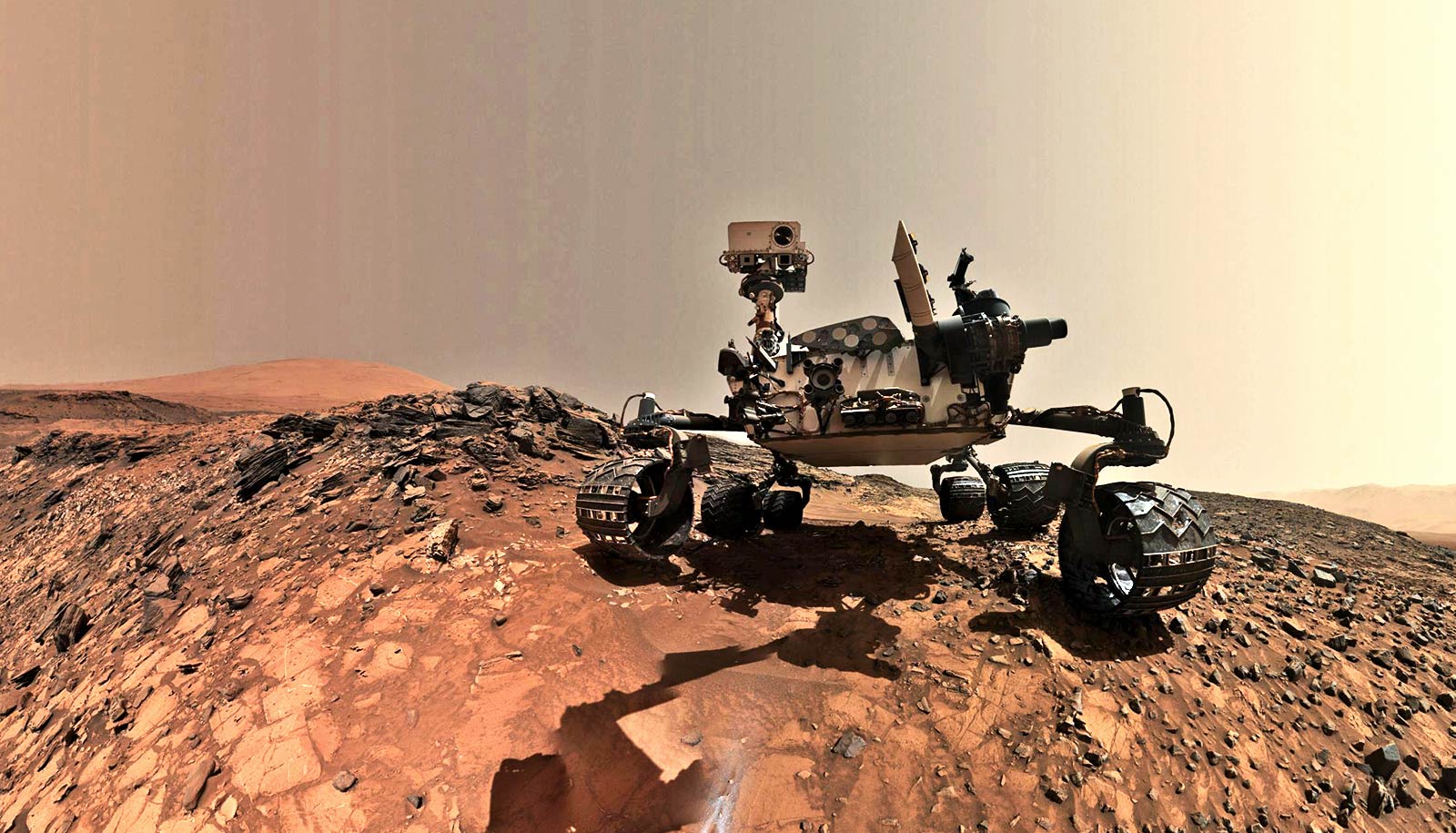