There are 5 easy steps to tame COVID-19, says Fauci

Anthony Fauci, one of the government’s top authorities on the coronavirus pandemic, said that simple measures including wearing masks, avoiding bars, and spending time outdoors can tame the pandemic, but only if widely adopted.

Just five steps are enough to gain control of the nation’s COVID-19 outbreak and head off a return to the complete lockdowns many states declared in March and April, according to Anthony Fauci , one of the federal government’s top voices on pandemic response.

Fauci, director of the National Institute of Allergy and Infectious Diseases , said Wednesday afternoon at a Harvard online event that wearing masks, keeping distances between people, washing hands often, pushing activities outdoors rather than indoors, and avoiding or closing bars have already proven effective in bringing down cases in Arizona, where cases surged in July before falling again in recent weeks.

If those steps were fully implemented, he said, even Sun Belt states with surging case numbers would return to a manageable level within as little as six weeks. The big stumbling block is a lack of unified response across the nation, fueled in part by hostility to science shown by some and directed at public health officials, including himself, even though the evidence for the recommendations is clear, he said.

“What Arizona did is … finally say, ‘We’re in trouble. We’re going to implement those fundamental principles’ and they came right down in a nice curve, which is really good,” Fauci said.

Fauci responded to questions from Harvard faculty members and from CNN correspondent Sanjay Gupta during the discussion “When Public Health Means Business,” hosted by Harvard T.H. Chan School of Public Health Dean Michelle Williams and co-sponsored by the New England Journal of Medicine .

Fauci was introduced by Williams and Harvard President Larry Bacow . Bacow, who was sick with COVID-19 in March, said many Americans have lost someone or know someone who lost someone to the virus. The pandemic, he said, has not only sickened the nation, it’s exposed deep inequities in the health care system and the criminal justice system, particularly in regard to communities of color, which both contract COVID-19 and die of it at higher rates.

“Our society is, in so many ways, at a tipping point. There’s so much that we need to do right now, and there’s one thing we need most of all, and that’s voices of conviction, voices of reason to help guide us through these difficult times,” Bacow said.

Williams said the field of public health has had a profound and positive effect on the lives of Americans over the past century but wondered whether the evidence suggests that in this case, it somehow failed.

“Our goals are enormous, and our struggles at times are heavy, yet when public health works, our impact extends far and wide and becomes deeply embedded in our culture and our history,” Williams said. “Has public health failed or have those in education, government, and policy failed public health? Believe me, there are no simple answers, but we do know this: We are in the middle of one of the worst public health crises this country has ever seen, and many factors that got us to this point must change.”

In his comments, Fauci avoided responses and phrasing that blamed any single individual or small group of individuals for missteps, but he was firm in his contention that basic public health measures are enough, if universally observed and applied, to send the coronavirus into retreat.

The NIAID director was asked how the U.S., the most powerful nation in the world, ended up faring so poorly in its battle with the pandemic, racking up the highest numbers of cases and deaths. Fauci said that the critical point came after the initial springtime peak. Nations in Europe kept their lockdown measures in place until infections fell to very low levels, allowing them to shift resources to detecting and tracing cases that inevitably accompanied reopening. In the U.S., he said, new daily cases were still at about 20,000 a week when states began reopening, and relatively soon thereafter the numbers began rising again, recently hitting a peak over 70,000.

In addition, he said, state reopening plans proceeded at different paces. Some states reopened slowly, similar to the pace of European nations, while others went much faster. Another variable, he said, was the extent to which residents of different states adhered to reopening guidelines, with some following recommendations while others ignored the restrictions, sometimes in notably large groups.

“If you wanted to get control over it, it would be nice if everybody was singing … the same tune,” Fauci said. “But what has happened … is we have a situation where we say, ‘Open up in a measured, prudent way,’ and you get some that do it fine, and then you see the pictures of people at bars with no masks and not social distancing.”

Many of those flouting precautions, Fauci said, wrongly believe that their behavior endangers only themselves. He said they don’t understand that not only can they get sick, but they can also transmit the virus to people who are more vulnerable.

And, while it is true that the virus does seem to hit the young less hard than older adults, going into bars is still a gamble, he said. Despite overall trends, many younger people have gotten sick and even died of the virus.

“As long as you have any member of society, any demographic group, who is not seriously trying to get to the endgame of suppressing this, it will continue to smolder and smolder and smolder,” Fauci said. “And that will be the reason why … we’ve plateaued at an unacceptable level.”

Fauci said his “abiding faith in the American spirit” makes him cautiously hopeful that people who have resisted complying will ultimately do what’s needed to avoid more drastic measures that would worsen the economic harm being felt nationwide.

“The more we give a consistent message, the more people will realize what we should do,” Fauci said.

During the hourlong event, Fauci addressed a number of other topics, including his optimism about vaccine prospects by the end of the year, the importance of ensuring equitable treatment and vaccination in communities of color, as well as his concern about the distrust of science and the anger directed at experts. Fauci said he has continued to receive harassment and death threats against himself and his family and has had to hire security guards.

Looking ahead, Fauci said the one certainty is that this pandemic will be followed by another, and we should prepare for it. Since this is the third coronavirus pandemic — after SARS and MERS — it would behoove us not only to continue to invest in public health infrastructure after COVID-19 fades, but also to begin searching for a universal coronavirus vaccine.

“Shame on us if we’re not prepared for the next coronavirus pandemic,” Fauci said. 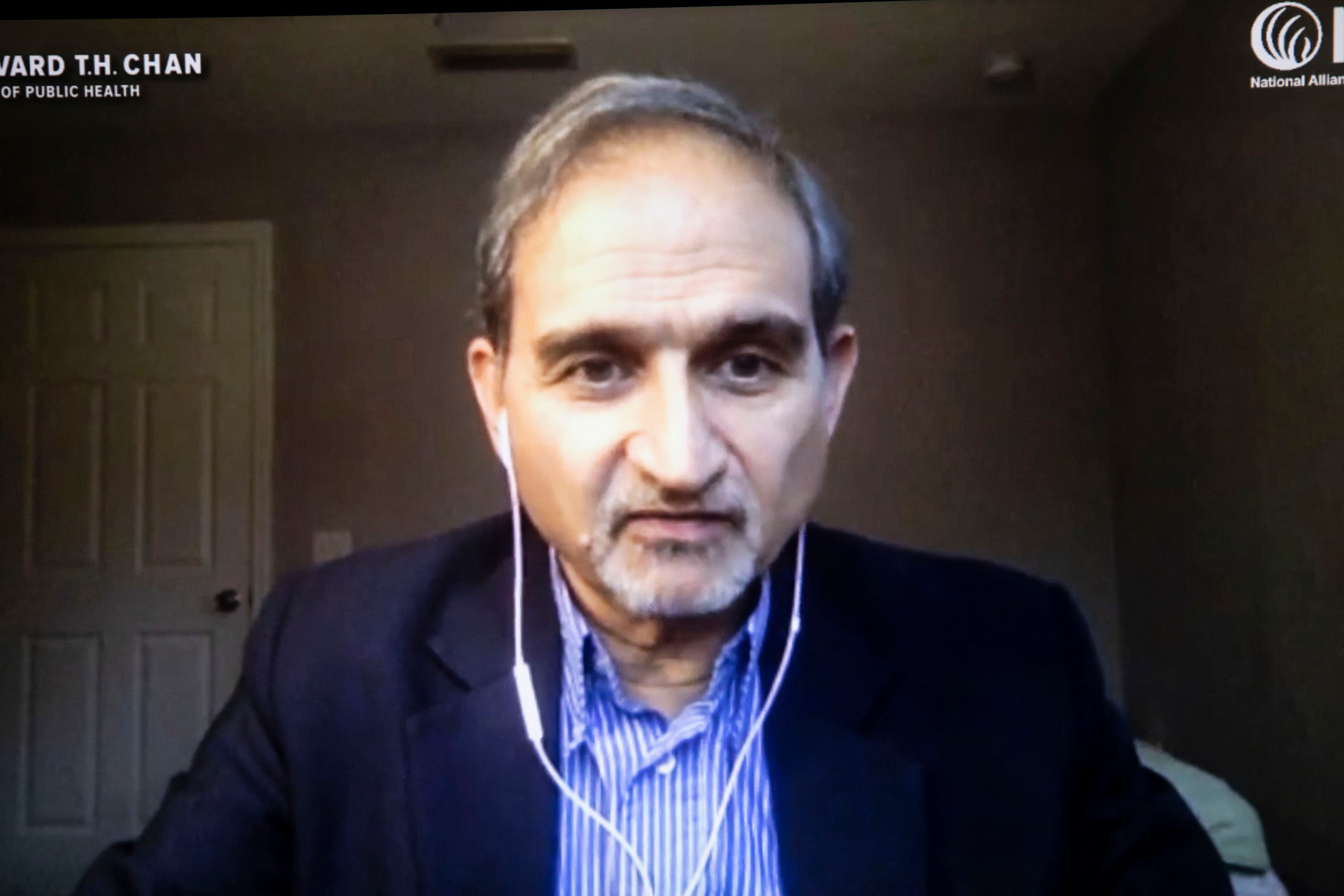 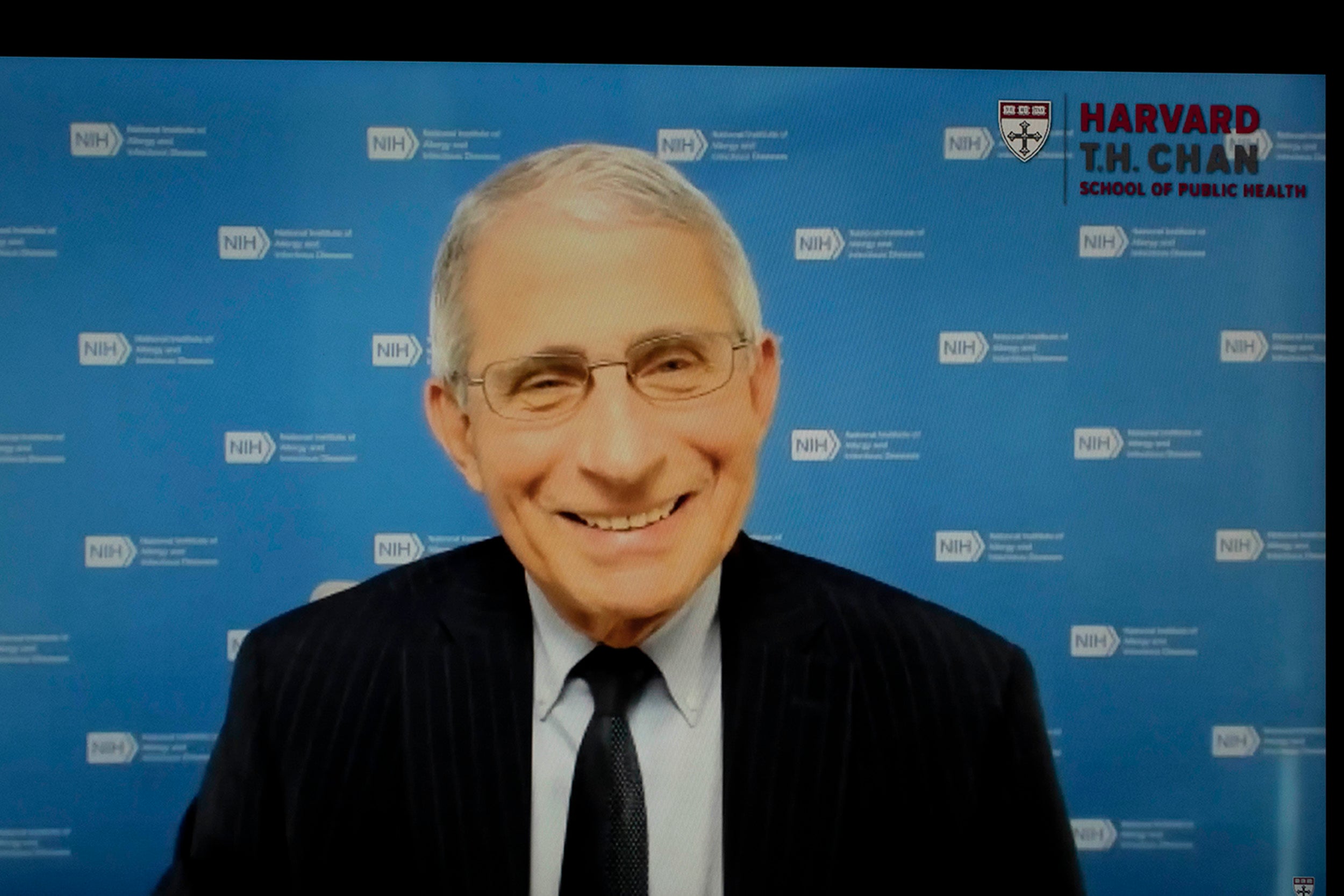