US ideas about conservation center on walling off land from use. That approach often means expelling Indigenous and other poor people who may be its most effective caretakers.

The United States is having a long-overdue national reckoning with racism. From criminal justice to pro sports to pop culture , Americans increasingly are recognizing how racist ideas have influenced virtually every sphere of life in this country.

This includes the environmental movement. Recently the Sierra Club – one of the oldest and largest U.S. conservation organizations – acknowledged racist views held by its founder, author and conservationist John Muir . In some of his writing, Muir described Native Americans and Black people as dirty, lazy and uncivilized . In an essay collection published in 1901 to promote national parks, he assured prospective tourists that “As to Indians, most of them are dead or civilized into useless innocence .”

Acknowledging this record, Sierra Club Executive Director Michael Brune wrote in July 2020 : “As defenders of Black life pull down Confederate monuments across the country, we must…reexamine our past and our substantial role in perpetuating white supremacy.”

This is a salutary gesture. However, I know from my research on conservation policy in places like India, Tanzania and Mexico that the problem isn’t just the Sierra Club.

American environmentalism’s racist roots have influenced global conservation practices. Most notably, they are embedded in longstanding prejudices against local communities and a focus on protecting pristine wildernesses. This dominant narrative pays little thought to indigenous and other poor people who rely on these lands – even when they are its most effective stewards.

Muir was not the first or last American conservationist to hold racist views. Decades before Muir set foot in California’s Sierra Nevada. John James Audubon published his “ Birds of America ” engravings between 1827 and 1838. Audubon was a skilled naturalist and illustrator – and a slaveholder.

Audubon’s research benefited from information and specimens collected by enslaved Black men and Indigenous people. Instead of recognizing their contributions, Audubon referred to them as “ hands” traveling along with white men . The National Audubon Society has removed Audubon’s biography from its site, referring to Audubon’s involvement in the slave trade as “the challenging parts of his identity and actions.” The group also condemned “the role John James Audubon played in enslaving Black people and perpetuating white supremacist culture.”

Theodore Roosevelt, who is widely revered as the first environmental president , was an enthusiastic hunter who led the Smithsonian–Roosevelt African Expedition to Kenya in 1909-1910. During this “ shooting trip ,” Roosevelt and his party killed more than 11,000 animals, including elephants, hippopotamuses and white rhinos .

The predominant view is that Roosevelt’s love of hunting was good for nature because it fueled his passion for conservation . But this paradigm underpins what I see as a modern racist myth: the view that trophy hunting – wealthy hunters buying government licenses to shoot big game and keep whatever animal parts they choose – pays for wildlife conservation in Africa . In my assessment, there is little evidence to support such claims about trophy hunting, which reinforce exploitative models of conservation by removing local communities from lands set aside as hunting reserves.

Ecologist Aldo Leopold , who is viewed as the father of wildlife management and the U.S. wilderness system, was an early proponent of the argument that overpopulation is the root cause of environmental problems . This view implies that economically less-developed nations with large populations are the biggest threats to conservation.

However, the argument that population growth alone is responsible for environmental damage is problematic . Many studies have concluded that conspicuous consumption and the energy-intensive lifestyles of wealthy people in advanced economies have a much larger impact on the environment than actions by poor people. For example, the richest 10% of the world’s population produces almost as much greenhouse gas emissions as the bottom 90% combined .

Local communities are often written out of popular narratives on nature conservation. Many documentaries, such as the 2020 film “ Wild Karnataka ,” narrated by David Attenborough, entirely ignore local Indigenous people , who have nurtured the natural heritages of the places where they live. Some of the most celebrated footage in wildlife documentaries made by filmmakers like Attenborough is not even shot in the wild . By relying on fictional visuals, they reproduce racialized structures that render local people invisible.

The wilderness movement founded by Anglo-American conservationists is institutionalized in the form of national parks. Writer and historian Wallace Stegner famously called national parks “the best idea we ever had. Absolutely American, absolutely democratic, they reflect us at our best rather than our worst.”

But many national parks and other lands set aside for wilderness conservation are also the ancestral homelands of Native peoples . These communities were forced off their lands during European colonization of North America.

Similar injustices continued to unfold even after independence in other parts of the world. When I analyzed a data set of 137 countries, I found that the largest areas of national parks were set aside in countries with high levels of economic inequality and poor or nonexistent democratic institutions . The poorest countries – including the Republic of the Congo, Namibia, Tanzania and Zambia – had each set aside more than 30% of national territories exclusively for wildlife and biodiversity conservation.

This happens because corrupt government officials and commercial tourism and safari operators can benefit from it. So do hunters, researchers and documentary filmmakers from the Global North, even as local communities are forbidden from hunting bush meat for family consumption.

Critics call this strategy “ fortress conservation .” According to some estimates, Indigenous and rural communities protect up to 80% of global biodiversity , but receive little benefit in return.

Correcting this legacy can happen only by radically transforming its exclusionary approach. Better and scientifically robust strategies recognize that low-intensity human interventions in nature practiced by Indigenous peoples can conserve landscapes more effectively than walling them off from use.

For example, I have studied forested regions of central India that are home to Indigenous Baiga communities. Baigas practice subsistence farming that involves few or no chemical fertilizers and controlled use of fire. This form of agriculture creates open grasslands that support endangered native herbivores like deer and antelopes. These grasslands are the main habitat for India’s world-renowned Kanha National Park and Tiger Reserve .

Ecologists have shown that natural landscapes interspersed with low-intensity subsistence agriculture can be most effective for biodiversity conservation . These multiple-use landscapes provide social, economic and cultural support for Indigenous and rural communities.

My research shows that when governments enact socially just nature conservation policies, such as community forestry in Mexico , they are better able to handle conflicts over use of these resources . Socially just nature conservation is possible under two main conditions: Indigenous and rural communities have concrete stakes in protecting those resources and can participate in policy decisions .

Nonetheless, conservation institutions and policies continue to exclude and discriminate against Indigenous and rural communities . In the long run, it is clear to me that conservation will succeed only if it can support the goal of a dignified life for all humans and nonhuman species.

Prakash Kashwan does not work for, consult, own shares in or receive funding from any company or organisation that would benefit from this article, and has disclosed no relevant affiliations beyond their academic appointment.

In a time of social and environmental crisis, Aldo Leopold's call for a 'land ethic' is still relevant 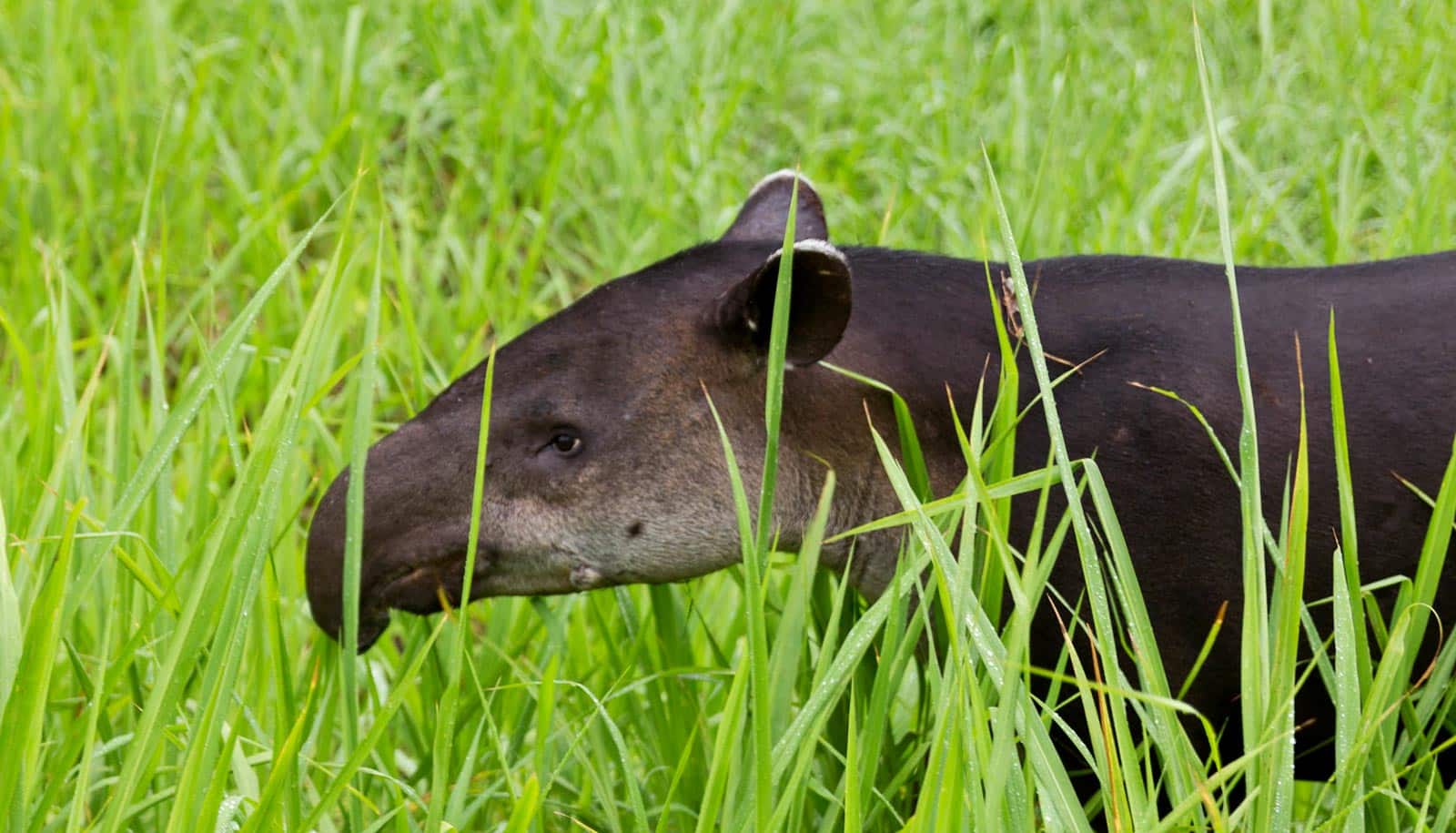