Debating whether climate change or forest management has caused the devastating wildfires in California, Washington and Oregon is a false choice.

What is driving the wildfires that are ravaging California, Oregon and Washington? President Trump and state officials have offered sharply different views.

Trump asserts that Western states haven’t done enough logging and brush clearance, allowing fuels to build up in forests. “When trees fall down after a short period of time, about 18 months, they become very dry . They become really like a matchstick … you know, there’s no more water pouring through and they become very, very — they just explode,” Trump stated in California on Sept. 14.

California Gov. Gavin Newsom and other West Coast leaders, many of whom are Democrats, point to climate change as the main cause of these massive conflagrations. “This is a climate damn emergency ,” Newsom warned as he surveyed damage on Sept. 11 from one of over 20 major wildfires that have scorched the state since mid-August.

As an environmental historian who studies the forests of the Pacific Coast, I don’t see this as an either/or choice. In my view, climate change and forest management practices both have contributed to today’s fire conditions, and reducing wildfire risks requires addressing both issues.

A war against fire

Natural fire is an important part of the ecology of Western forests . Many of the conifers, or cone-bearing trees, that thrive in this region require fire to release their seeds . Other trees rely on fire to clear away underbrush and dense canopies to make room for new growth.

Fire was also a tool that indigenous peoples in the West used to manage their lands before European settlement. Native Americans regularly set fires to shape game migrations, facilitate hunting or encourage the growth of edible plants. Today many native and indigenous communities still manage their lands with fire .

Natural fire and indigenous burning helped keep Western forests healthy, ensuring that forests didn’t become clogged with undergrowth or overrun with dead trees. But when white settlers arrived in the 19th century, they saw fire as a threat to their farms, ranches and logging operations. They aggressively fought fires and criminalized native burning .

Until the early 1900s, forest fire fighting was relatively unorganized. When a fire broke out, people from local communities would head out with whatever tools they could muster and do their best to control it. If the fire had been started by a human, they meted out vigilante justice to the offender.

Wildland firefighting changed in 1910 after the Big Burn , a series of massive fires that scorched more than 3 million acres in Idaho, Montana and Washington, destroyed several towns and killed 87 people. In response the U.S. Forest Service, founded just five years earlier, began training and maintaining firefighting crews. For much of the 20th century, suppressing fires became its goal .

Experts broadly agree now that decades of fire suppression actually made the risk of forest fires worse . This policy increased fuel loads in the nation’s forests that under different circumstances would have been thinned by flames.

It took time for fuel loads in Western forests to rise to dangerous levels, largely because suppression policy coincided with rapid expansion of the logging industry. Throughout the 20th century lumber companies harvested trillions of trees from the nation’s forests , driven by military demand during the world wars and then by the post-World War II housing boom.

In the late 1970s logging began to decline in the West. One cause was competition from Southern lumber companies. Another was an increasingly litigious environmental movement that became adept at using federal environmental laws to restrict logging. For example, conservation groups worked to get the northern spotted owl listed under the Endangered Species Act in 1990, a strategy that ultimately led to timber harvesting bans on several million acres of forestland on the Pacific Coast.

And they often won. Between 1989 and 2008, environmental groups filed 1,125 cases against the U.S. Forest Service seeking to limit logging or management activities, and won or settled 520 of those cases. As a result, the agency was unable to conduct management activities that might have lessened the danger of fire.

As U.S. forests were becoming more likely to burn, the world’s climate was changing in ways that increase the likelihood of fires.

While the entire world has warmed as a result of increased carbon emissions, the Pacific Coast has seen some of the most dramatic temperature increases. The region has warmed 2 degrees F since 1900, and the past several summers in the region have been some of the hottest on record .

These hot temperatures have been accompanied by severe droughts, which scientists also attribute in large part to climate change .** While precipitation has increased in many parts of the U.S. in recent decades, average annual rainfall in Western states has been steadily declining since 1950, particularly in California .

Combined with increased fuel loads in the nation’s forests, these hot, dry summers have created perfect conditions for forest fires . Forests clogged with dense undergrowth and dead trees are primed to burst into flames at the smallest spark.

Many environmental groups that once opposed forest management now are openly calling for more active management in the nation’s woodlands. But the increase in forest fires has drained agency budgets and made it difficult for federal land managers to take preventive action.

For example, while the Forest Service’s overall budget has remained relatively static for the past two decades, a growing portion of its funding must now be committed to fighting fires , leaving less money for tree thinning and underbrush clearing. Wildfire control increased from 16% of the agency’s appropriated budget in 1995 to over 50% in 2015 .

In sum, management policies have created tinderboxes in Western forests, and climate change has made it much more likely that those tinderboxes will erupt into destructive fires. A third factor is that development has expanded into once-wild areas , putting more people and property in harm’s way.

Addressing just part of this problem will produce incomplete solutions. Rather, I believe a multipronged strategy is what’s needed. One element is improving forest management to make these lands less primed to burn. The other is reducing carbon emissions and reining in global temperatures – the only way to moderate climate conditions that make fires larger and more likely.

Steven C. Beda does not work for, consult, own shares in or receive funding from any company or organization that would benefit from this article, and has disclosed no relevant affiliations beyond their academic appointment. 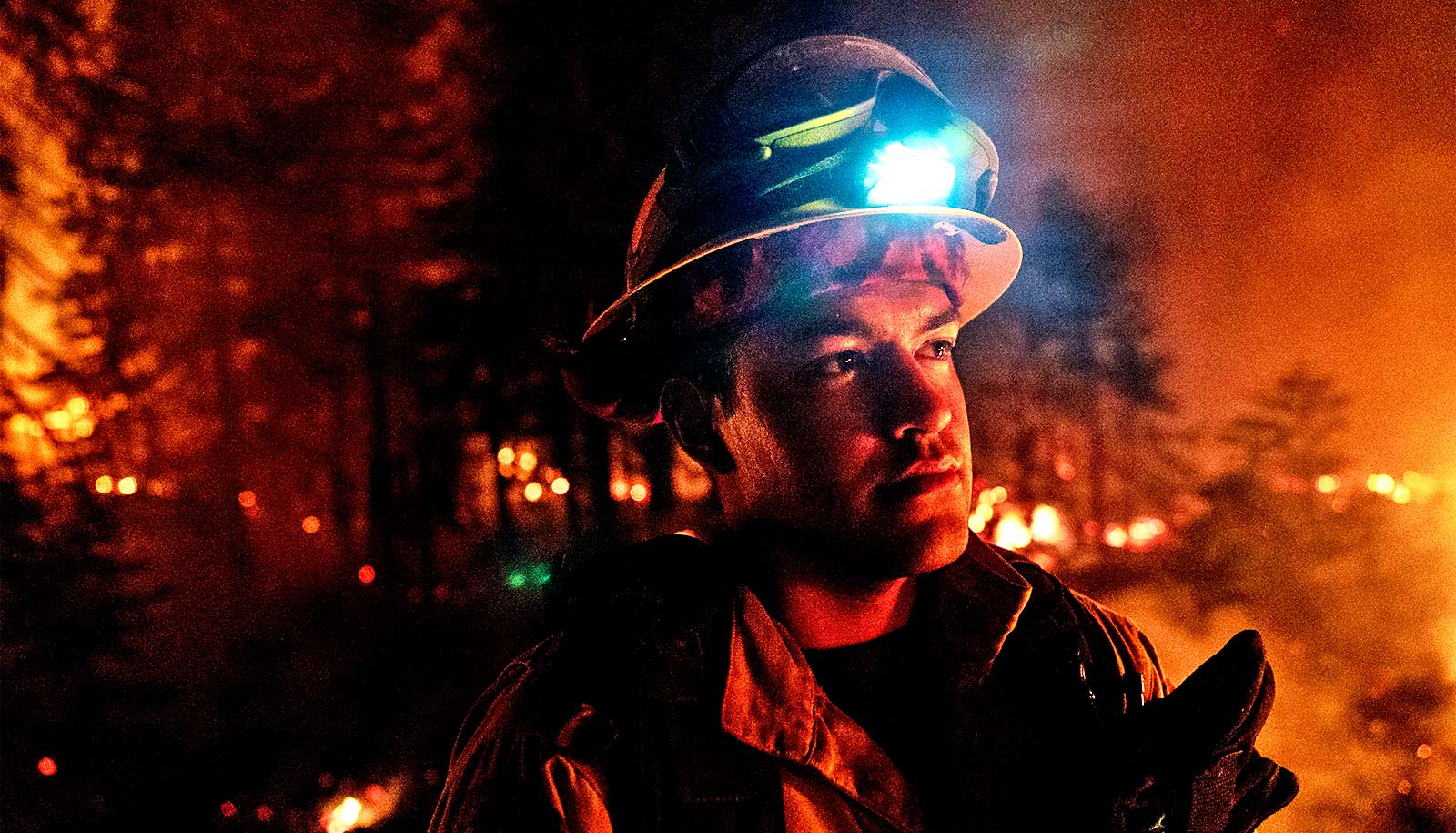