Are the Oregon wildfires a view into the future?

"Until a few days ago it was looking like the tamer wildfire projections were closest to reality."

The wildfires spreading at stunning rates across Oregon, Washington, and California are due in part to climate change, but in some areas it’s hard to say whether devastating burns are an anomaly or a sign of things to come, wildfire experts say.

The large, fast-spreading Holiday Farm Fire east of Springfield, Oregon is a wake-up call for how quickly even worst-case scenarios for wildfire risk can be overwhelmed by reality, says Bart Johnson, a professor of landscape architecture at the University of Oregon who studies climate change adaptation planning.

“It just shows how quickly we can be overwhelmed by climate-driven risk that makes lessons of the past completely insufficient to prepare us for what the future may hold.”

Johnson’s research group explored wildfire risk for Oregon’s Willamette Valley foothills between 2007 and 2057, based on two models for climate change in a 200,000-acre area abutting Eugene and Springfield. The Holiday Farm Fire, which as of September 10 had surpassed 145,000 acres, is already more than three times bigger than the largest fire under 600 future simulations in Johnson’s research, he says.

The Willamette Valley has high volumes of flammable fuels, more, in fact, than in many areas of California that have burned intensely in recent years. But this area historically hasn’t had the extreme heat waves or the hot dry winds from the east that have driven explosive wildfires in California.

“Those all came together with the Holiday Farm Fire,” Johnson says, “and only the future will tell if it was an anomaly or a sign of times to come.”

High fuel loads, severe drought, high temperatures, and somewhat uncommon winds out of the east that have pushed the blaze down the mountain slopes into populated areas at lower elevations are coming together to propel the current Oregon wildfires.

Climate change has increased fire risk across much of the western US , but west of the Cascade Mountains, different climate change models point to substantially different future climates, Johnson says, and therefore make it more challenging to forecast the potential for catastrophic fires.

In his team’s research, one climate model suggested that future wildfires would be similar to those of the recent past, whereas the other projected extreme wildfires unlike those seen in recent history.

“Until a few days ago it was looking like the tamer wildfire projections were closest to reality,” Johnson says. “It just shows how quickly we can be overwhelmed by climate-driven risk that makes lessons of the past completely insufficient to prepare us for what the future may hold.”

It’s also feasible that a devastating burn such as the Holiday Farm Fire will prompt major efforts to reduce the severity of future events, he adds.

“Agencies and community wildfire groups have been very aggressive in trying to implement fuels treatments that can limit the spread and severity of future wildfires by counteracting decades of fire suppression,” Johnson says.

“Counterintuitively, we may need more fire not less, such as prescribed burns, to prepare the landscape to receive wildfires in a way that’s easier to control and less likely to be so destructive.”

Dan Gavin, a geography professor who specializes in forest ecology, says some types of fire that have burned in the past in the western Cascades are beneficial, for example, the lightning-ignited fires that can occur midsummer, which if allowed to burn just “creep around” and can create a healthy forest with trees of various types and ages.

However, the Holiday Farm Fire is something different, he adds; it started when an ignition near a population base, the Rainbow community northeast of Eugene, Oregon met with some of the strongest winds ever recorded there, gusts of up to 40 MPH from the east, creating an intense blaze that burns out of control.

“Ignitions at exactly the time and place when fire will spread the fastest is a terrible situation,” Gavin says.

Protecting lives and property is far and away the priority, he adds. But eventually forest officials may be able to review the cause of ignition and the burn pattern to determine strategies for lowering the probability of fire and the resulting fire intensity in specific areas.

Avoiding misinformation in a crisis

Professional, private firefighting companies provide about 40% of the “boots on the ground” resources nationally and closer to 60% in the west, says Kelli Matthews, a senior instructor in the School of Journalism and Communication, who’s supported communications for companies that provide wildfire suppression response and also the National Wildfire Suppression Association,.

This includes 20-person hand crews, engines with two to three people and a fire truck, and heavy equipment such as air support and bulldozers.

These resources go through the same training and meet the same requirements as state and federal resources, and they work closely with them on the fire line. Crews are dispatched often with little notice—they have to be ready to go within an hour—and will be on the fire line for up to 14 days, Matthews says.

Matthews also has advice about where to get your information in a crisis: “Listen to directions from officials and follow official sources on social media,” she says. There’s a lot of misinformation on social media and it only leads to more fear and anxiety.”

The post Are the Oregon wildfires a view into the future? appeared first on Futurity . 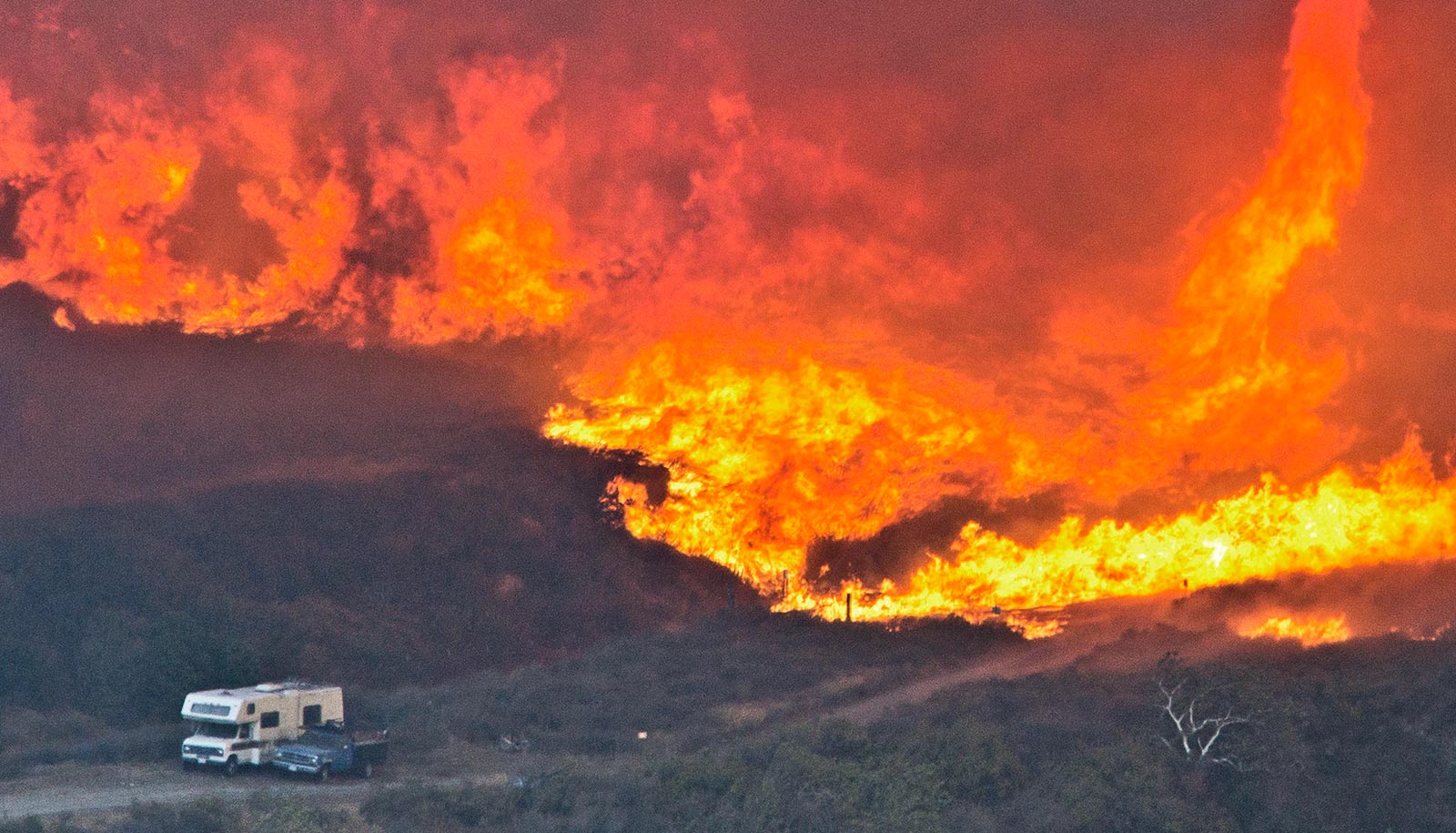