What are the health care costs of wildfire smoke?

New research estimates the yearly costs in health care due to wildfire smoke in California. The costs are staggering and rising.

Researchers have used air quality and public health data to estimate the health care costs associated with smoke exposure in California from 2012 through 2018.

Health economist Daniel Cullen, who recently earned his doctorate from the University of California, Santa Barbara, found that each additional day of wildfire smoke led to roughly $188,000 in medical expenditures for respiratory and circulatory hospitalizations per county, as averaged across all the counties and years in his study.

The total cost in California over the entire period he studied came out to over $1.3 billion.

The study has yet to undergo peer review, but if the results hold up, it highlights a possibly overlooked effect of blazes on the people of California.

“The main takeaway is that there are unaccounted for costs of wildfires,” Cullen explains. “Exposure to wildfire smoke—not even directly next to the fire but far away—increases hospitalizations for respiratory and circulatory diagnoses, and this in turn leads to large costs associated with health care.”

Cullen first conceived of this research project during the 2017 Thomas Fire, he says, recalling the thick smoky conditions pervading the Santa Barbara area at the time. He was keenly interested in the intersection of human health and the environment, and wildfires fit nicely into that niche.

Cullen was curious how fires’ effects on air quality impacted public health, so he decided to focus on the issue in a chapter of his dissertation. He used hospitalizations as a metric for health care utilization, one common measure in economic research.

To uncover the effect of wildfire smoke on public health, he overlaid smoke plume data on county maps and looked at how many days of exposure to unhealthy air each county had. He then compared this to healthcare data from California’s Office of Statewide Health Planning and Development.

To calculate his estimate, Cullen multiplied the increased number of respiratory and circulatory cases by the Environmental Protection Agency’s estimate for what an average case costs, and adjusted for inflation. He compared each county to itself in the same month over the course of different years. This allowed him to control for many confounding factors that could have crept in had he compared dissimilar counties. This technique also accounts for conditions that affect all counties equally, like a really bad flu season .

The scope of the study was limited by the available data, Cullen noted. The analysis takes into account only immediate medical treatment. It doesn’t factor in things like long-term healthcare, lost years, chronic conditions and so forth. It also doesn’t consider the economic costs that result from the loss in productivity.

Cullen saw increased hospitalizations for respiratory and circulatory conditions even one to two months after unhealthy conditions dissipated. This persistence, he explains, suggests that smoke exposure isn’t merely accelerating illnesses that would have happened anyway, albeit a bit later.

“It’s not just changing the timing,” he says, “it’s actually increasing the number of cases.”

Indeed, the data suggest that each additional day of smoke exposure resulted in 11 more respiratory and 3 more circulatory hospitalizations per day per county, averaged across all counties and the entire time period. The average annual cost of smoke exposure was just shy of $200 million statewide.

While $200 million per year may not be large for an economy like California’s, “this number is going up every year as more fires are getting bigger and hotter and the smoke plumes are lasting for longer periods,” Cullen says.

The study estimates that smoke-related hospitalizations cost around $88 million in 2012. By 2018, cases racked up nearly $348 million.

This year is likely to be the worst so far, he says, while admitting it will be hard to extrapolate from his findings given how extraordinary the 2020 season has been. “When a big county like San Francisco is covered in smoke for two months, it’s hard to say what’s going to be the effect.”

The COVID-19 pandemic has also thrown a wrench into his methodology, as respiratory admissions have likely skyrocketed. “It’s such an outlier year,” Cullen says. “I don’t think anyone can really compare this year to other years.”

Pandemic aside, the cost of smoke exposure is on track to continue rising. The climate crisis is increasing the size, frequency and intensity of wildfires. “These healthcare costs need to be accounted for when we’re thinking about the costs of climate change ,” Cullen says.

He also points out that, while this study applies only to California, the costs of the state’s fires reach far beyond.

“We have to keep in mind that it’s the entire American West that is facing this issue,” he says. While driving from Santa Barbara to Colorado, where he currently lives, Cullen saw smoke from the California fires all throughout Utah.

“Health care costs from California’s fires carry across state lines,” he says. Thanks to the prevailing winds, the pollution has even reached cities on the East Coast. “These fires are affecting the health of people throughout the country.”

Cullen recently took a position at HealthCore, a health research company owned by Anthem. He hopes to build upon this study in the coming years by looking at costs associated with long-term care and chronic conditions related to smoke exposure.

As for now, he offers a bit of pragmatic advice: “You don’t have to see smoke plumes for them to be affecting your health.”

The post What are the health care costs of wildfire smoke? appeared first on Futurity . 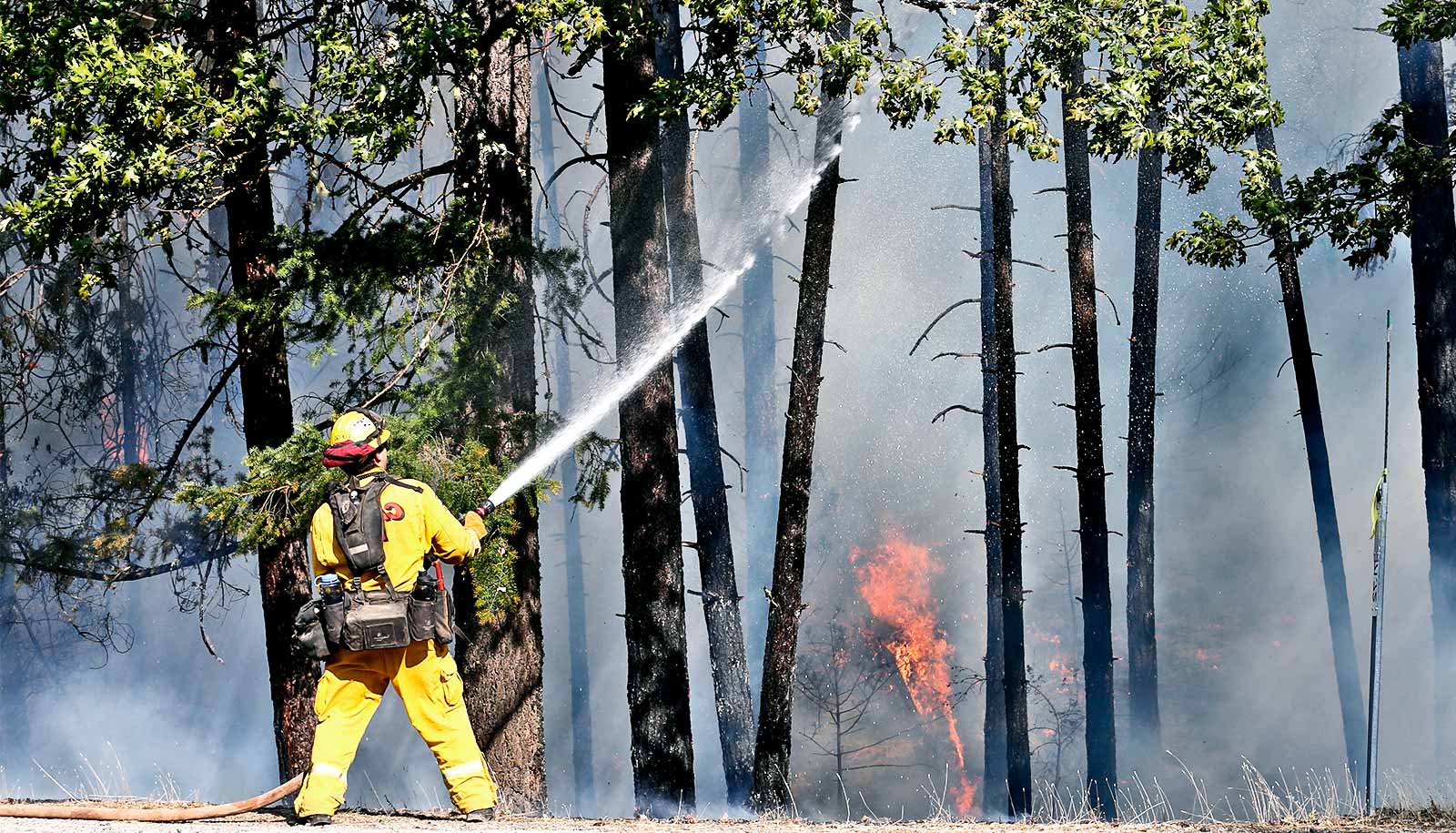 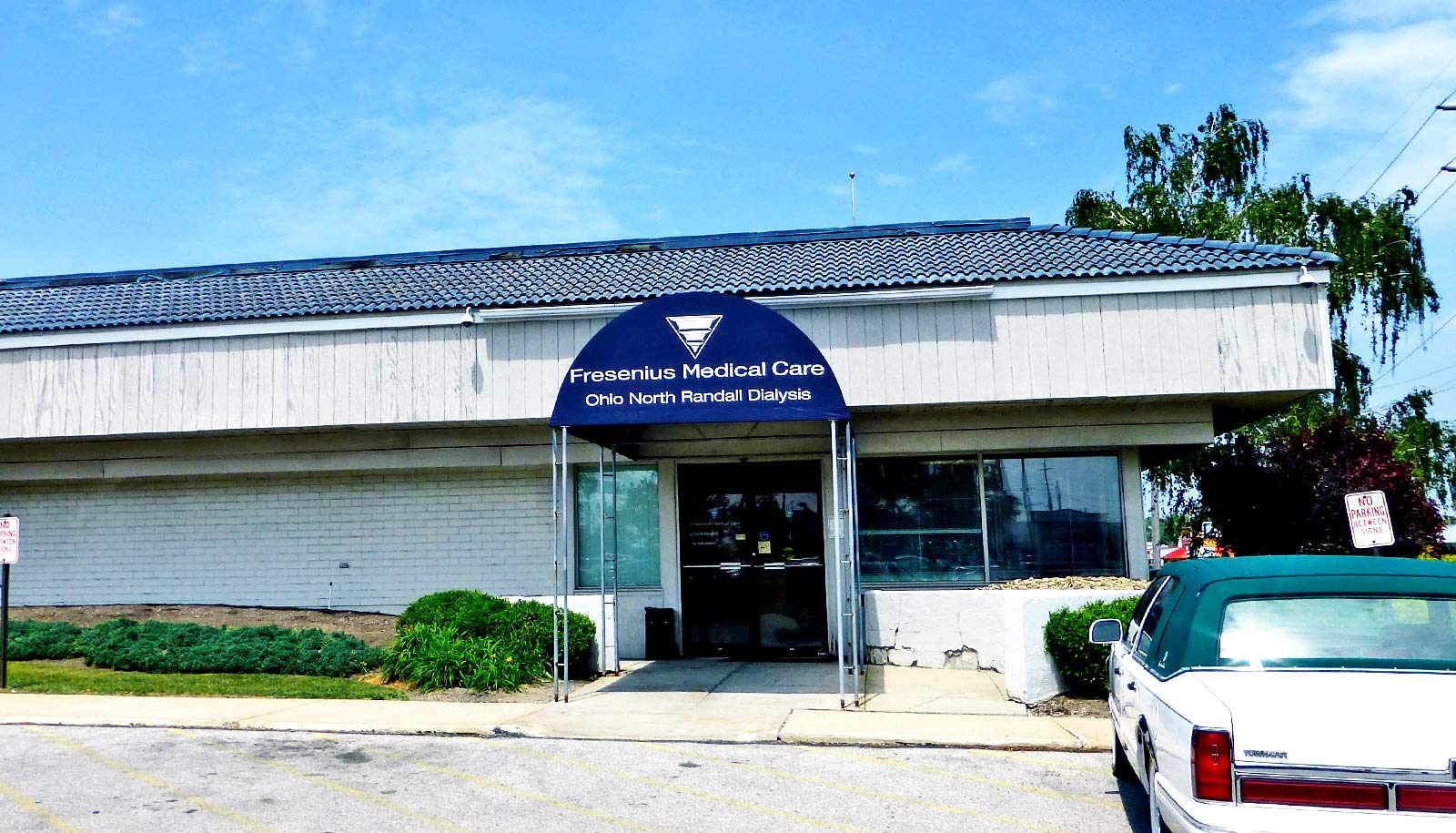