A new method can print wearable sensors directly onto skin without heat. The sensors could help monitor stats like temperature, heart performance, and more.

Researchers have developed a way to print sensors directly on human skin without using heat.

Wearable sensors are evolving from watches and electrodes to bendable devices that provide far more precise biometric measurements and comfort for users.

“In this article, we report a simple yet universally applicable fabrication technique with the use of a novel sintering aid layer to enable direct printing for on-body sensors,” says Ling Zhang, a researcher in the Harbin Institute of Technology in China and in Huanyu “Larry” Cheng’s laboratory in the Penn State engineering science and mechanics department. Zhang is first author of the study, published in ACS Applied Materials & Interfaces .

Lowering the temperature for wearable sensors

The researchers previously developed flexible printed circuit boards for use in wearable sensors, but the bonding process for the metallic components in the sensor has hindered printing directly on skin . Called sintering, this process typically requires temperatures of around 572 degrees Fahrenheit (300 degrees Celsius) to bond the sensor’s silver nanoparticles together.

“The skin surface cannot withstand such a high temperature, obviously,” Cheng says. “To get around this limitation, we proposed a sintering aid layer—something that would not hurt the skin and could help the material sinter together at a lower temperature.”

By adding a nanoparticle to the mix, the silver particles sinter at a lower temperature of about 212 F (100 C).

“That can be used to print sensors on clothing and paper, which is useful, but it’s still higher than we can stand at skin temperature,” Cheng says, who noted that about 104 F (40 C) could still burn skin tissue. “We changed the formula of the aid layer, changed the printing material, and found that we could sinter at room temperature.”

The room temperature sintering aid layer consists of polyvinyl alcohol paste—the main ingredient in peelable face masks—and calcium carbonate—which comprises eggshells. The layer reduces printing surface roughness and allows for an ultrathin layer of metal patterns that can bend and fold while maintaining electromechanical capabilities. When the sensor is printed, the researchers use an air blower, such as a hair dryer set on cool, to remove the water that is used as a solvent in the ink.

“The outcome is profound,” Cheng says. “We don’t need to rely on heat to sinter.”

The sensors are capable of precisely and continuously capturing temperature, humidity, blood oxygen levels, and heart performance signals, according to Cheng.

The researchers also linked the on-body sensors into a network with wireless transmission capabilities to monitor the combination of signals as they progress.

The process is also environmentally friendly, Cheng says. The sensor remains robust in tepid water for a few days, but a hot shower will easily remove it.

Next, the researchers plan to alter the technology to target specific applications as needed, such as a precise on-body sensor network placed to monitor the particular symptoms associated with COVID-19. 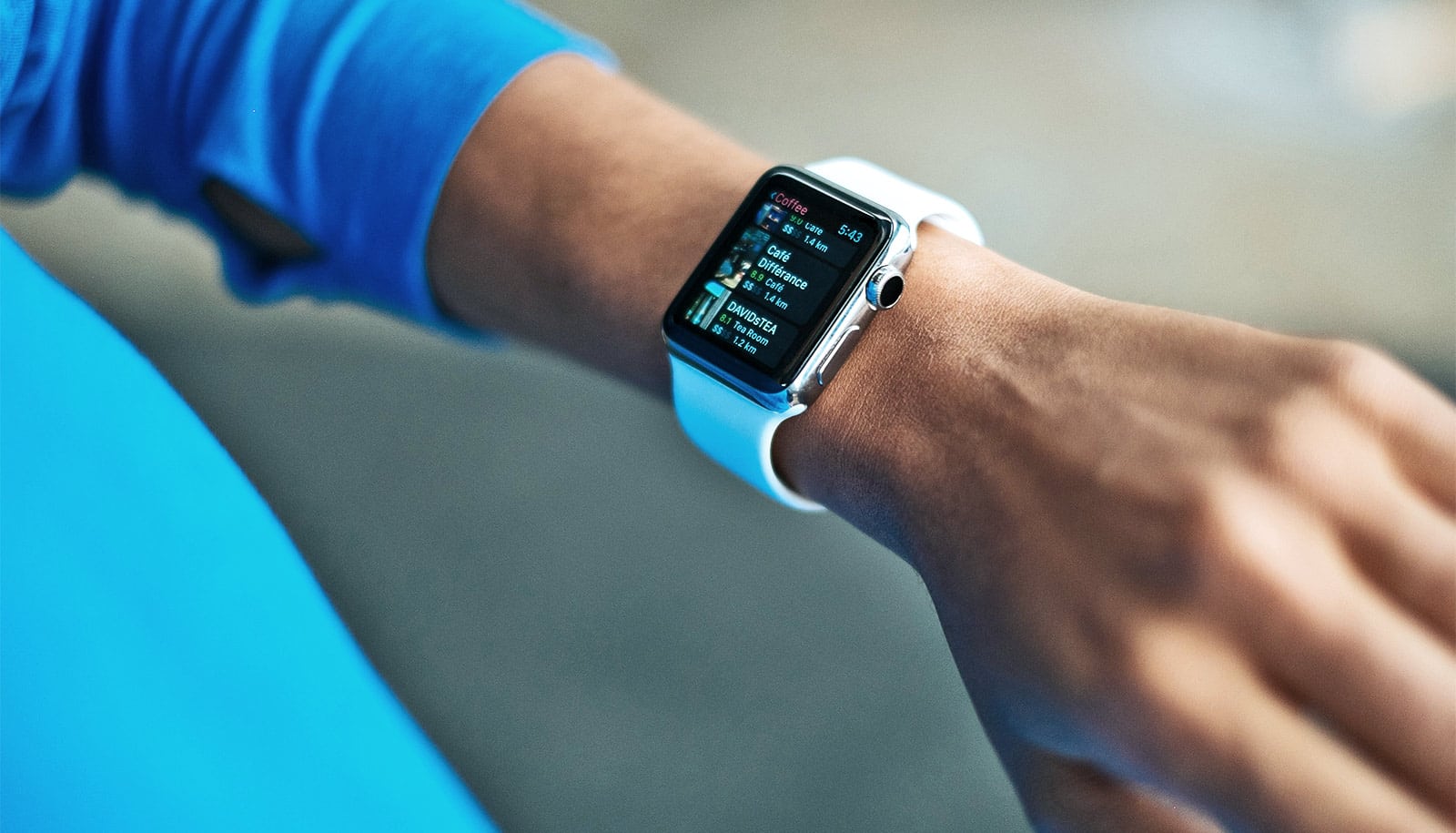 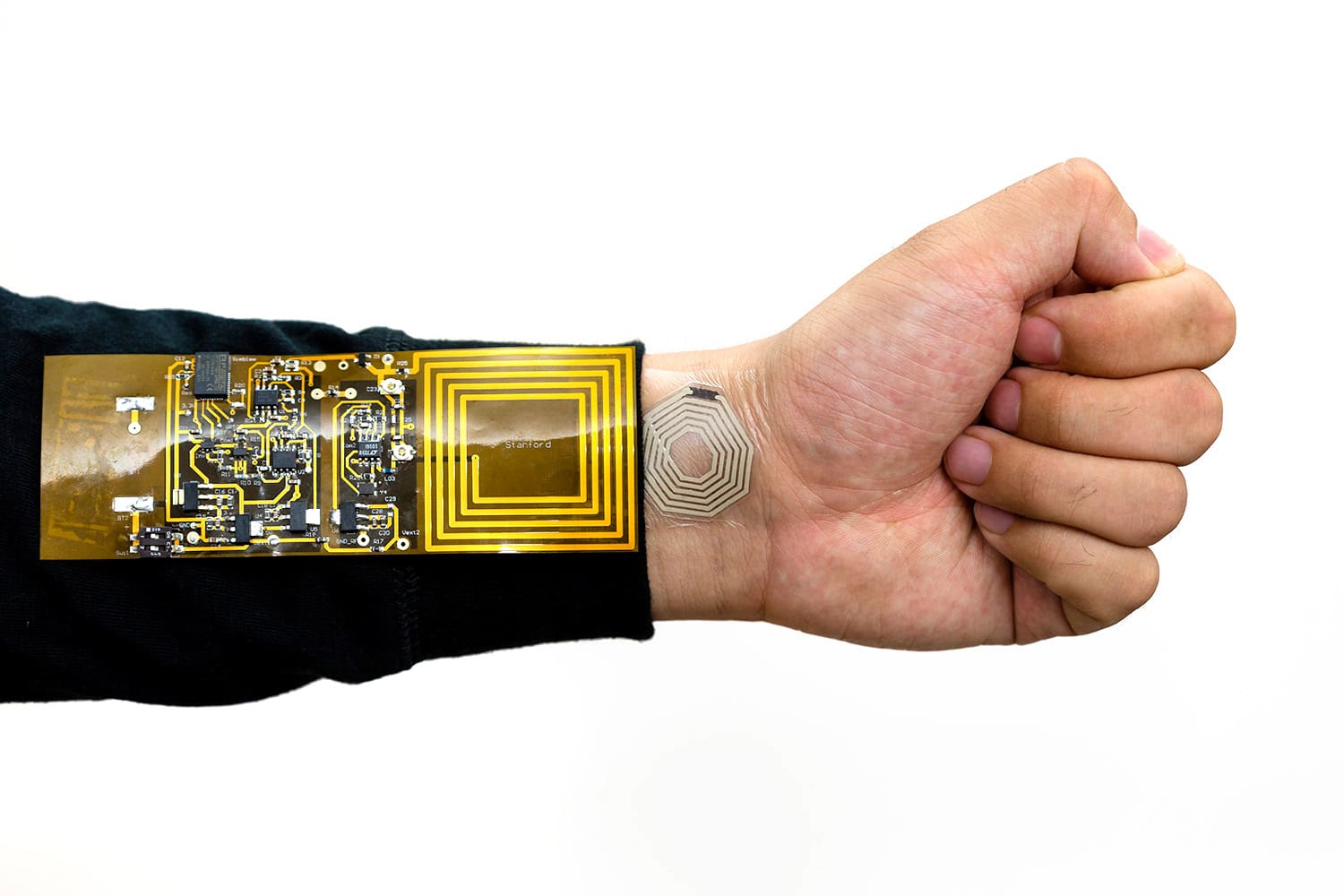 Stickers ‘listen’ to skin to track your health