New research may provide clues to the mystery of why some supermassive black holes launch jets of material out into space while others don't.

Researchers may have figured out why some supermassive black holes launch powerful beams of material, or jets, away from them, while others don’t.

In astronomy, the term “corona” is commonly associated with the outer atmosphere of the sun. Black hole coronas, on the other hand, are regions of diffuse hot gas that lie above and below a much denser disk of material swirling around the gravitational sinkhole. Like the corona around the sun, black hole coronas are threaded with strong magnetic fields.

“It’s like baking bread where you need a few ingredients to successfully follow the recipe for a loaf,” says coauthor Niel Brandt, professor of astronomy and astrophysics and of physics at Penn State. “Our results show that one ingredient you can’t do without when ‘making’ powerful quasar jets is a bright corona.”

The team obtained their results by gaining a better understanding of X-ray emission from quasars. Previous studies had shown that quasars without jets show a characteristic link between the strength of their X-ray and ultraviolet emission. This correlation is explained by ultraviolet light from the disk of the black hole striking particles in the corona. The resulting energy boost converts the ultraviolet light to X-rays.

In the new study the team chose to investigate the behavior of quasars that do have jets. They found a correlation between how bright the different quasars are in X-rays and ultraviolet light that is remarkably similar to that found for quasars without jets. They concluded that the X-ray emission in the jet-powering quasars is also produced by a black hole corona.

“The finding that the X-rays in quasars with jets comes from a black hole corona, rather than from the jets, challenges 35 years of thinking about the basic nature of this emission,” says coauthor Guang Yang, a former Penn State graduate student and current postdoctoral researcher at Texas A&M University. “It could provide new insight into the physics of these jets.”

“Both a quasar’s powerful jets and bright corona occurring together may be fundamentally driven by magnetic fields,” says Zhu.

Stronger magnetic fields may result from a thicker disk caused by a higher rate of matter falling into the black hole.

These results are similar to those found for stellar-mass black holes, which weigh less than a hundred times the mass of the sun, compared to supermassive black holes that weigh millions or billions of times the sun’s mass. This supports the idea that these two different classes of black hole may be similar in terms of their behavior despite their very different sizes.

The team’s sample consists of 729 quasars with jets. Chandra, XMM-Newton, and ROSAT data were used for 212, 278, and 239 quasars respectively. The size and quality of the team’s sample explain why they were able to uncover the cause of the X-ray emission.

The results appear in the Monthly Notices of the Royal Astronomical Society . 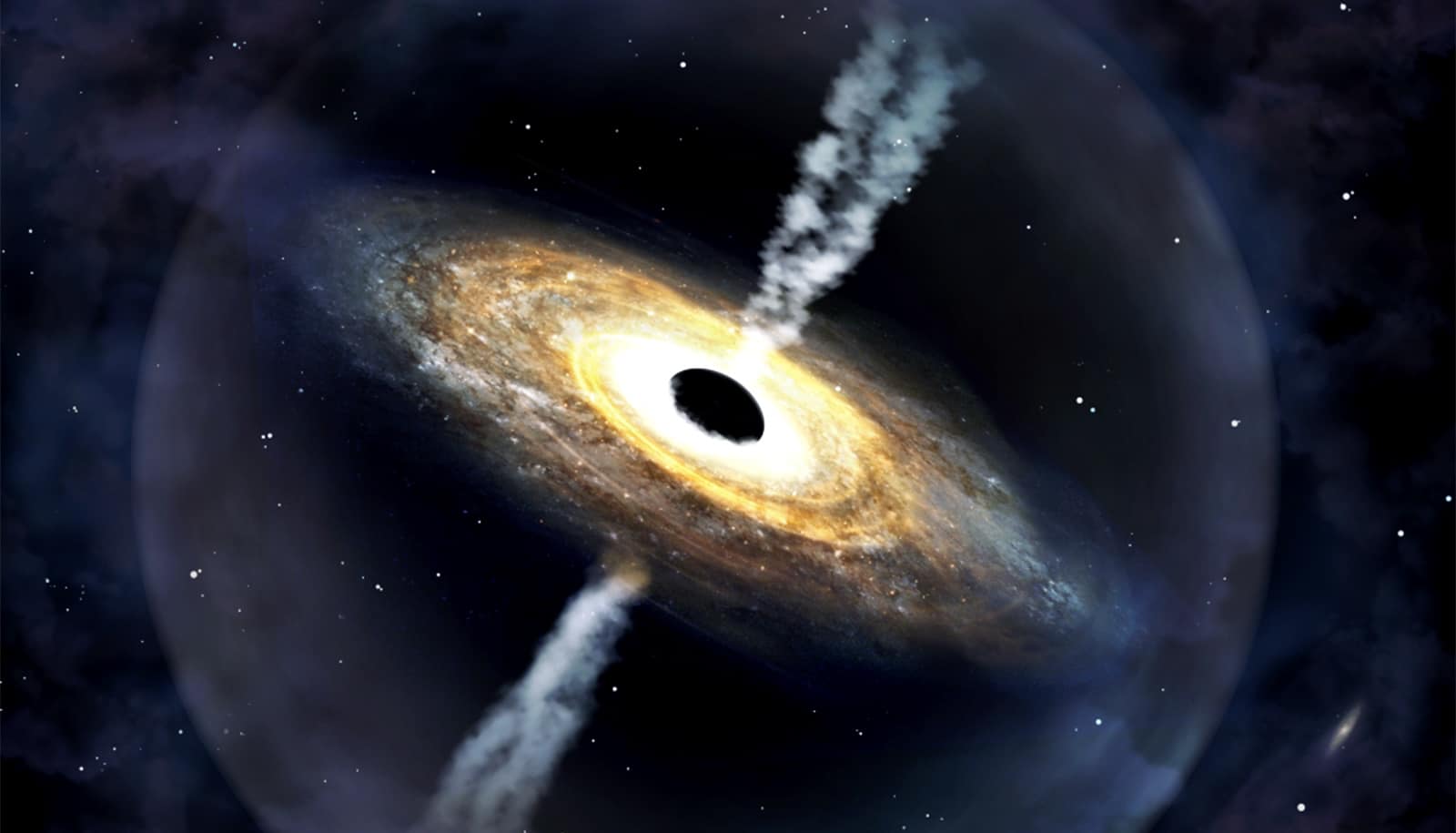 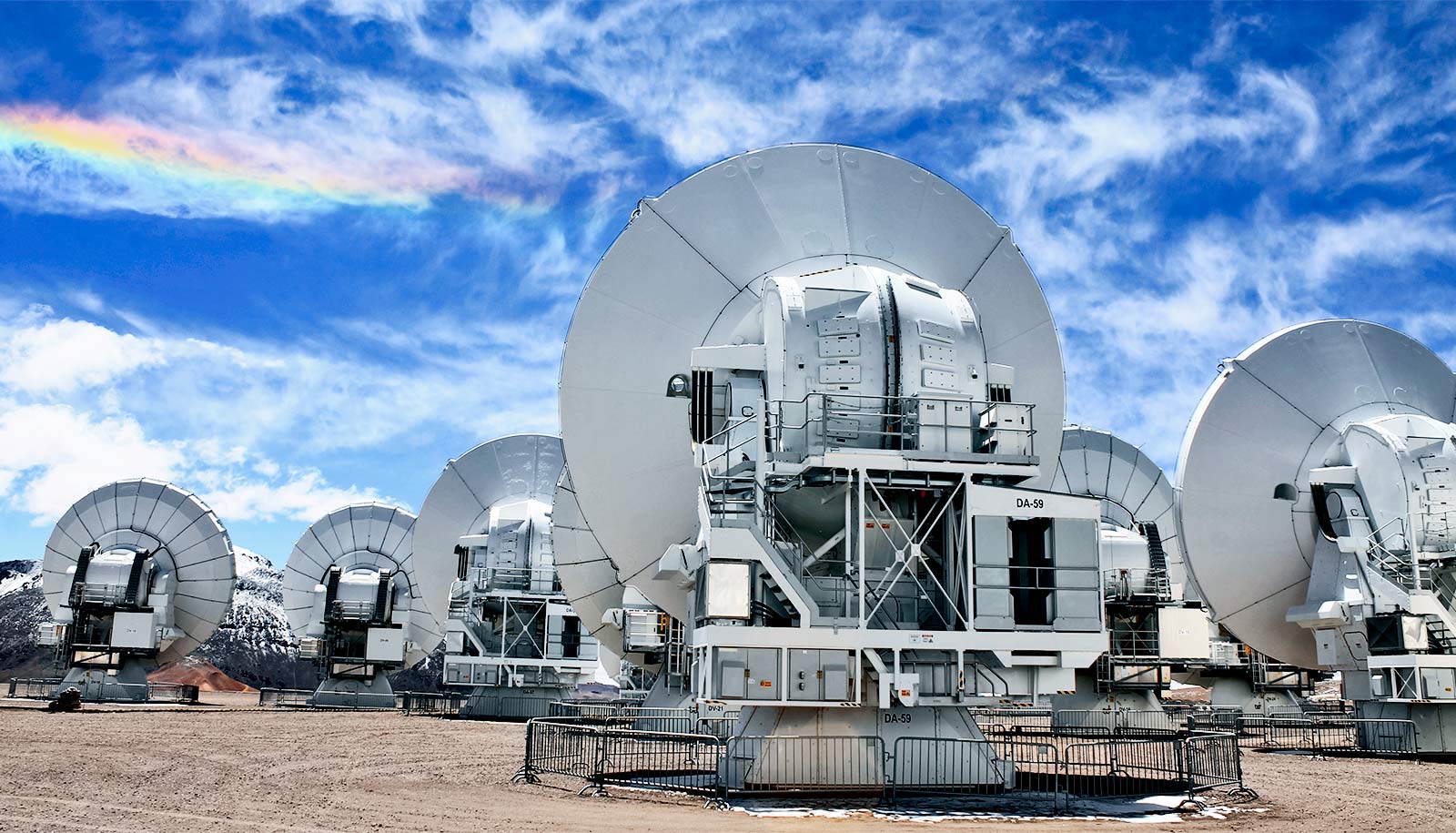