Water on the Moon: research unveils its type and abundance - boosting exploration plans

Two new studies significantly advance our understanding of water on the Moon and where to find it.

The Moon was for a long time considered to be bone dry, with analyses of returned lunar samples from the Apollo missions showing only trace amounts of water. These traces were in fact believed to be due to contamination on Earth. But over the past two decades, re-analyses of lunar samples, observations by spacecraft missions, and theoretical modelling have proved this initial assessment to be wrong.

“Water” has since been detected inside the minerals in lunar rocks. Water ice has also been discovered to be mixed in with lunar dust grains in cold, permanently shadowed regions near the lunar poles.

But scientists haven’t been sure how much of this water is present as “molecular water” – made up of two parts hydrogen and one part oxygen (H 2 O). Now two new studies published in Nature Astronomy provide an answer , while also giving an idea of how and where to extract it .

The term water isn’t just used for molecular water, but also also for detections of hydrogen (H) and hydroxyl (OH). Although H and OH could be combined by astronauts to form molecular water at the lunar surface, it is important to know in what form these compounds are present initially. That’s because this will have an impact on their stability and location under lunar surface conditions, and the effort required to extract them. Molecular water, if present as water-ice, would be easier to extract than hydroxyl locked in rocks.

The presence of water on the Moon is scientifically interesting; its distribution and form can help address some profound questions. For example, how did water and other volatile substances arrive at the inner Solar System in the first place? Was it produced there or brought there by asteroids or meteorites ? Knowing more about the specific compound could help us find out.

Understanding how much water is present, and its location, is also incredibly useful for planning human missions to the Moon and beyond. Water represents a key resource that can be used for life-support purposes – but it can also be split apart into its constituent elements and put to other uses. Oxygen could replenish air supplies, or be used in simple chemical reactions at the lunar surface to extract other useful resources from the regolith (soil composed of small grains). Water could also be used as rocket fuel in the form of liquid hydrogen and liquid oxygen.

This means that the Moon has great potential to become a refuelling base for space missions further into the Solar System or beyond. Its lower gravity and lack of atmosphere means it would require less fuel to launch from there than from Earth. So when space agencies talk of in-situ resource utilisation at the Moon , water is front and centre of their plans, making the new papers extremely exciting.

Instruments on board various spacecraft have previously measured “reflectance spectra” (light broken down by wavelength) from the Moon. These detect light coming from a surface to measure how much energy it reflects at a specific wavelength. This will differ based on what the surface consists of. Because it has water, the Moon’s surface absorbs light at 3𝜇m wavelengths (0.000003 metres). However, absorptions at this wavelength cannot distinguish between molecular water and hydroxyl compounds.

Using the NASA/DLR Stratospheric Observatory for Infrared Astronomy (SOFIA) telescope, flown at 43,000 feet, the team behind one of the new papers observed sunlit sections of the Moon’s surface in wavelengths of 5-8𝜇m. H 2 O results in a characteristic peak in the spectrum at 6𝜇m, and by comparing a near-equatorial area as a baseline (thought to have almost no water) with an area near the south pole, this study reports the first unequivocal observations of molecular water under ambient conditions at the lunar surface at an abundance of 100-400 parts per million.

This is several orders of magnitude too large for most of the water to be adsorbed onto regolith grain surfaces. Instead, the authors suggest that the water they have observed must be locked up inside glass formed by tiny meteorites impacting and melting already hydrated regolith grains. Alternatively, it could be present in voids between grain boundaries, which would make it easier to extract. Where exactly this water is sited would be of extreme interest for future explorers as it would dictate the processes and energy required to extract it.

Luckily, the other paper used new theoretical models, based on temperature data and higher resolution images from the Lunar Reconnaissance Orbiter, to refine predictions of where conditions are right for molecular water to be trapped as ice.

Previous research has shown already that there are such kilometres-wide “cold traps” in permanently shadowed areas near the poles , where water ice may be present. Evidence from orbiting spacecraft, however, was inconclusive about this being molecular water or hydroxyl. The new study finds that there are also abundant small cold traps where conditions permit water ice to accumulate – on the scale of centimetres or decimetres. In fact, such traps should be hundreds to thousands of times more numerous than larger cold traps.

The team calculates that 0.1% of the total lunar surface is cold enough to trap water as ice, and that the majority of these icy cold traps are at high latitudes (> 80°). This is particularly near to the lunar south pole, narrowing down the choice of future landing sites with the highest chance of finding trapped water ice. However, it is important to realise that the two studies investigated areas at different latitudes (55°-75°S vs >80°S) and therefore cannot be compared directly.

Nevertheless, these latest discoveries further enhance our understanding of the history of water on our nearest neighbour. They will undoubtedly strengthen plans for a return to the Moon. Instruments such as the European Space Agency’s ( PROSPECT payload on Luna 27 ) will be able to make measurements on the Moon to “ground-truth” these tantalising glimpses of the wealth of information yet to be discovered.

James Mortimer receives funding from the European Space Agency, and is a member of ESA's PROSPECT Science Team.

Mahesh Anand receives funding from the UK Science and Technology Facilities Council (STFC). He is also a member of the European Space Agency's Prospect Science Team. 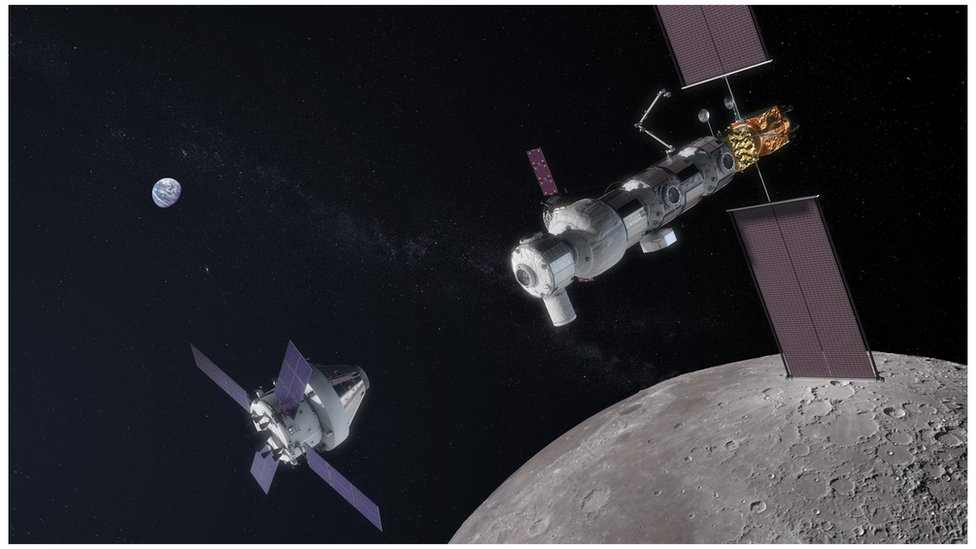