Where’s the sea ice? 3 reasons the Arctic freeze is unseasonably late and why it matters

The pattern of autumn sea ice growth has been completely disrupted, but are we really headed for a tipping point?

With the setting of the sun and the onset of polar darkness, the Arctic Ocean would normally be crusted with sea ice along the Siberian coast by now. But this year, the water is still open.

I’ve watched the region’s transformations since the 1980s as an Arctic climate scientist and, since 2008, as director of the National Snow and Ice Data Center . I can tell you, this is not normal. There’s so much more heat in the ocean now than there used to be that the pattern of autumn ice growth has been completely disrupted.

To understand what’s happening to the sea ice this year and why it’s a problem, let’s look back at the summer and into the Arctic Ocean itself.

The summer melt season in the Arctic started early. A Siberian heat wave in June pushed air temperatures over 100 degrees Fahrenheit at Verkhoyansk, Russia, for the first time on record, and unusual heat extended over much of the Arctic for weeks.

The Arctic as a whole this past summer was at its warmest since at least 1979 , when satellite measurements started providing data allowing for full coverage of the Arctic.

With that heat, large areas of sea ice melted out early, and that melting launched a feedback process: The loss of reflective sea ice exposed dark open ocean, which readily absorbs the sun’s heat, promoting even more ice melt.

The Northern Sea Route, along the Russian coast, was essentially free of ice by the middle of July . That may be a dream for shipping interests, but it’s bad news for the rest of the planet.

The warm summer is only part of the explanation for this year’s unusual sea ice levels.

It’s a process called “ Atlantification ”. The ice is now getting hit both from the top by a warming atmosphere and at the bottom by a warming ocean. It’s a real double whammy.

While we’re still trying to catch up with all of the processes leading to Atlantification, it’s here and it’s likely to get stronger.

In the background of all of this is global climate change.

The Arctic sea ice extent and thickness have been dropping for decades as global temperatures rise . This year, when the ice reached its minimum extent in September, it was the second lowest on record, just behind that of 2012.

As the Arctic loses ice and the ocean absorbs more solar radiation, global warming is amplified . That can affect ocean circulation , weather patterns and Arctic ecosystems spanning the food chain, from phytoplankton all the way to top predators.

On the Atlantic side of the Arctic, open water this year extended to within 5 degrees of the North Pole. The new Russian Icebreaker Arktika, on its maiden voyage, found easy sailing all the way to the North Pole. A goal of its voyage was to test how the nuclear-powered ship handled thick ice, but instead of the hoped-for 3-meter-thick ice, most of the ice was in a loose pack. It was little more than 1 meter thick, offering little resistance .

The pattern of regional anomalies in ice extent is different each year, reflecting influences like regional patterns of temperature and winds. But today, it’s superimposed on the overall thinning of the ice as global temperatures rise. Had the same atmospheric patterns driving this year’s big ice loss off Siberia happened 30 years ago, the impact would have been much less, as the ice was more resilient then and could have taken a punch. Now it can’t.

Is sea ice headed for a tipping point?

The decay of the Arctic sea ice cover shows no sign of stopping . There probably won’t be a clear tipping point for the sea ice, though.

Research so far suggests we’ll stay on the current path, with the amount of ice declining and weather systems more easily disrupting the ice because it’s thinner and weaker than it used to be.

For sea ice to form this year, the upper layer of the Arctic Ocean needs to lose the excess heat it picked up during summer.

This year’s events in the Arctic are just part of the climate change story of 2020.

Global average temperatures have been at or near record highs since January. The West has been both hot and dry – the perfect recipe for massive wildfires – and warm water in the Gulf of Mexico has helped fuel more tropical storms in the Atlantic than there are letters in the alphabet. If you’ve been ignoring climate change and hoping that it will just go away, now would be an appropriate time to pay attention. 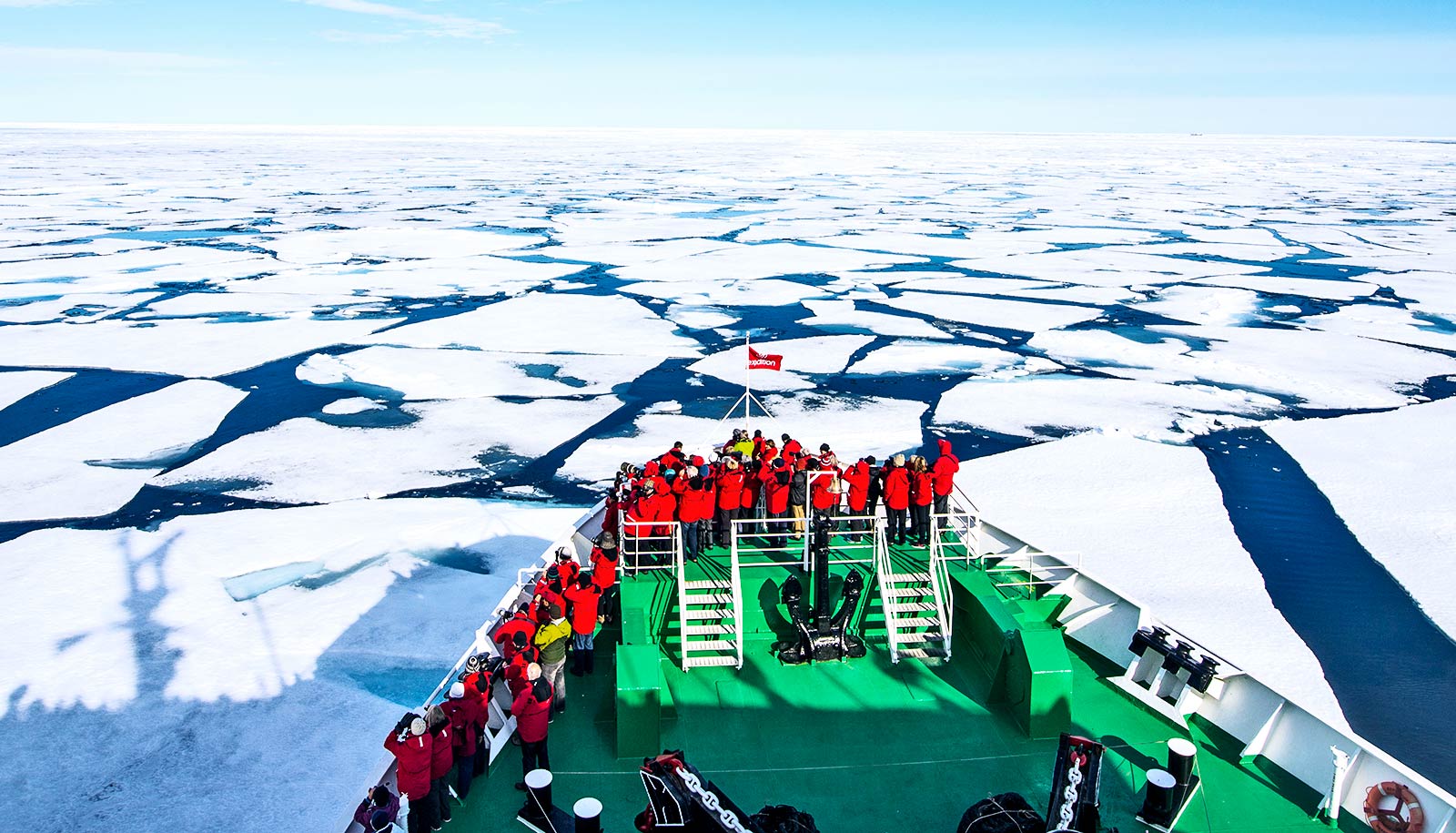 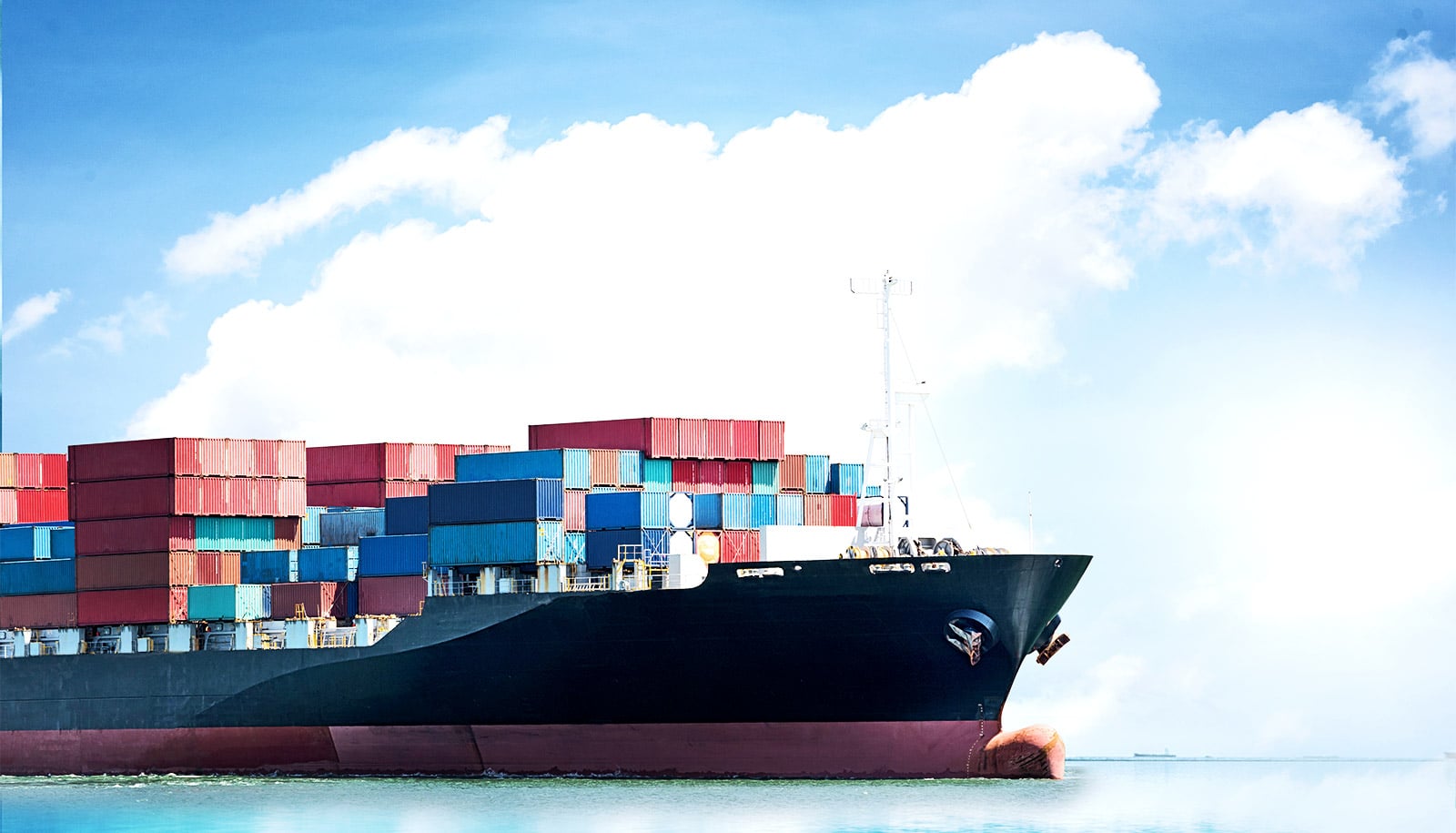 Ship emissions can change the clouds