Malaria test is as simple as putting on a bandage

Researchers have created a low-cost, pain-free, super simple malaria test that delivers results in just a few minutes with a microneedle patch.

The device draws upon protein biomarkers contained in dermal interstitial fluid, what people generally recognize as the fluid inside blisters but surrounds all of the cells in skin.

“It’s less painful than getting a splinter. I would say it feels like putting tape on your skin and then peeling it off.”

The fluid contains a multitude of biomarkers for various diseases, such as malaria, which can be used for rapid testing. Researchers could also program the disposable patches to detect other diseases, potentially including COVID-19 , says Peter Lillehoj, an associate professor of mechanical engineering at Rice University.

Xue Jiang, a Rice postdoctoral researcher, is lead author of the paper, which appears in Microsystems and Nanoengineering .

“In this paper, we focus on malaria detection because this project was funded by the Bill and Melinda Gates Foundation, and it’s a big priority for them,” says Lillehoj. “But we can adapt this technology to detect other diseases for which biomarkers appear in interstitial fluid.”

The self-contained test delivers a result in about 20 minutes and does not require medical expertise or any equipment.

The sticky patch has 16 hollow microneedles in a 4-by-4 array on one side, coupled with an antibody-based lateral-flow test strip on the other. The antibodies react when they sense protein biomarkers for malaria and turn two readout lines on the strip’s exposed surface red. If the test is negative, only one line turns red.

The needles are hydrophilic—that is, attracted to water—so the fluid is drawn in and flows through to the test strip. Once the test is complete, the device can be removed like any bandage.

While both microneedles and antibody test strips have been extensively studied, Lillehoj says his lab is the first to combine them into a simple, inexpensive package that will easily deploy at the point of need, especially in developing regions where finger-prick blood sampling and the availability of trained medical personnel to diagnose samples may pose a challenge.

The hollow needles are 375 microns wide and 750 microns long, enough to reach the fluid within skin that is typically between 800 to 1,000 microns thick. The needles are sharp enough to overcome the mechanical stress of entering the skin.

“Xue and I have applied the patch to our skin, and it doesn’t feel painful at all compared to a finger prick or a blood draw,” Lillehoj says. “It’s less painful than getting a splinter. I would say it feels like putting tape on your skin and then peeling it off.”

The researchers think the familiar form factor may provide some comfort, especially to children.

“We didn’t intend for it to look like a bandage,” Lillehoj says. “We started with a rectangular shape and then just rounded the edges to make it a little more presentable. We didn’t plan for that, but perhaps it makes the patch more relatable to the general public.”

Individual patches could cost about $1 if and when they are produced in bulk, he estimates.

The post Malaria test is as simple as putting on a bandage appeared first on Futurity . 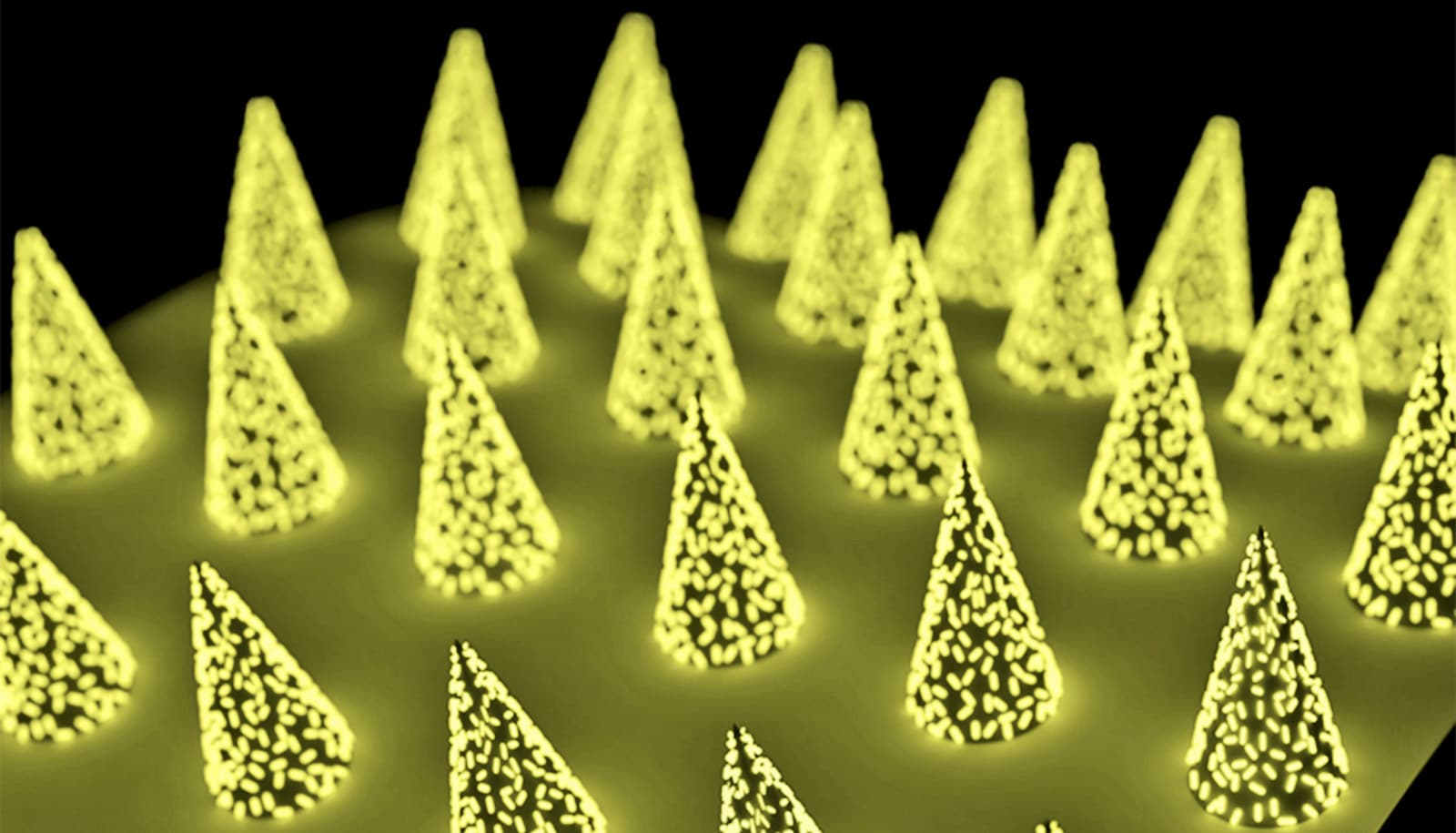 Microneedle patch tests for antibodies without the ouch 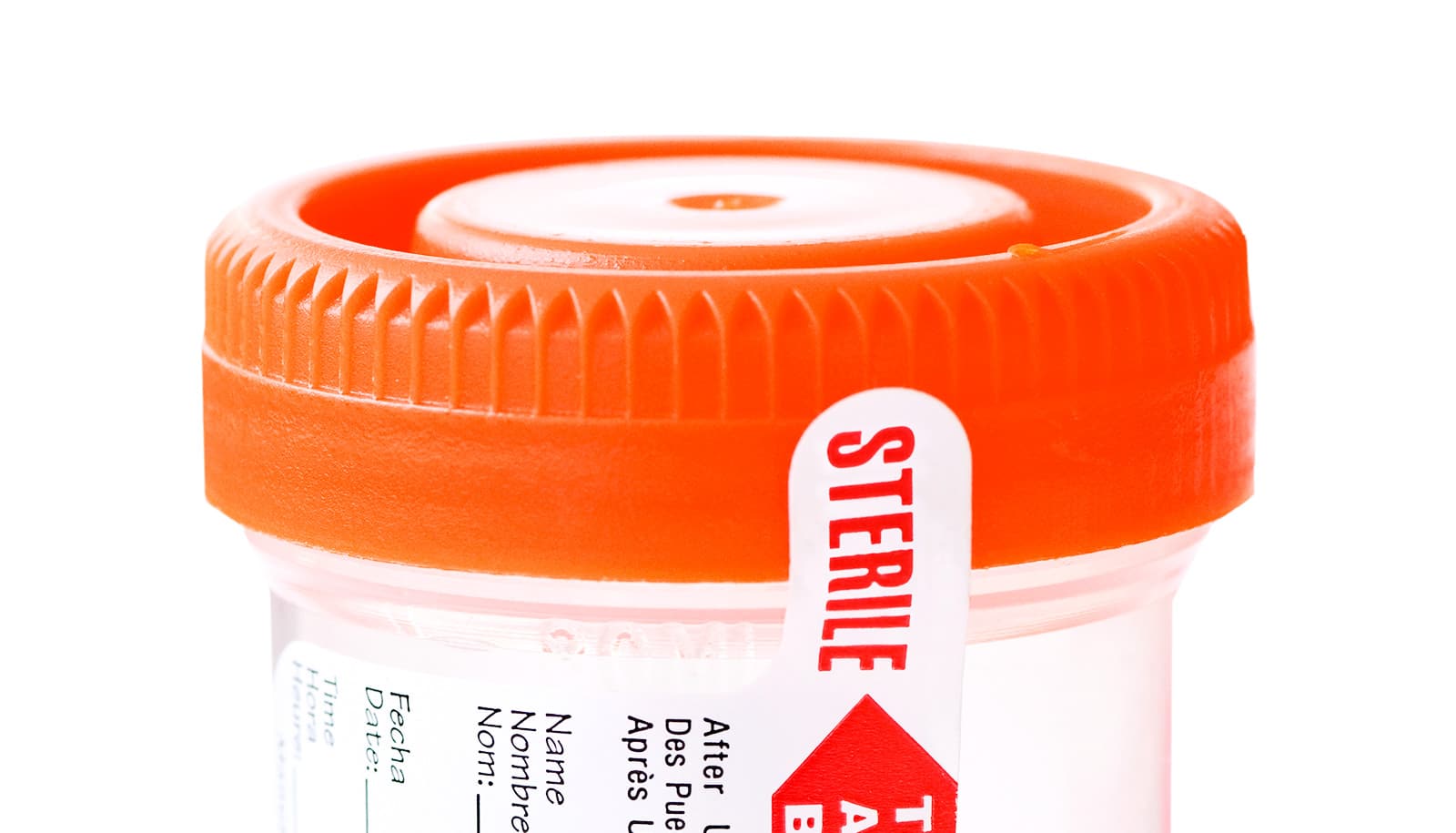