When it came to naming a gene that could lead to new insights on a crucial feature of evolution, the Harvard Organismic and Evolutionary Biology alumna leading the project aimed for something rather tongue in cheek. She called it POPOVICH, after San Antonio Spurs coach and president Gregg Popovich.

Evangeline Ballerini, Ph.D. ’10, an assistant professor of biological sciences at California State University, Sacramento, said she and her collaborators — including Harvard’s Elena Kramer — settled on the name because the newly discovered gene calls the shots for floral nectar spurs the way Popovich does for his NBA team.

“I ended up choosing to name it after Gregg Popovich, in part, because the gene plays a regulatory role in spur development, kind of like a coach controls the development of their team,” said Ballerini, who is a long-time Golden State Warriors fan and a part-time Celtics fan because of her time in the Boston area, but respects the Spurs and admires Popovich’s leadership.

The work is described in a recently published study in PNAS.

Nectar spurs are the hollow tubes that bulge out from a number of flowers and are crucial to increasing biodiversity among flowering plants that have them. In many cases, species with nectar spurs are much more diverse than their close relative without this novel trait.

In the paper, the scientists identify the gene critical to controlling the development of these spurs in the common columbine, or Aquilegia . They found it acts as a master regulator that appears to control the creation of the spurs by regulating the activity of other genes, the way a coach decides who plays and when.

Aside from the quirky NBA reference, what really has evolutionary biologists excited about the discovery is that the findings have the potential to help them understand how organisms get their vast array of shapes and traits, and then how those traits evolve.

Nectar spurs are considered a key innovation in flowers, meaning they are considered a novel feature — one that helps organisms make the greatest use of their environment and leads to a diversity boom. Animals that evolved to have wings, for instance, have spun off into number of different species over millions of years. Other key innovations are eyes or the backbone in mammals.

These examples show various second generation (F2) flowers from individuals with different spur morphologies, including a spurless individual (upper left), a couple with intermediate spurs (upper right, lower left) and an individual with full spurs (lower right) generated by crossing the spurless species A. ecalcarata to the spurred species A. sibirica.

Most key innovations happened deep in the past, making identifying their origin increasingly difficult. In the group of plants the researchers studied, however, floral nectar spurs have only been around for about 5 to 7 million years.

“Given that the Aquilegia nectar spur evolved relatively recently and is formed by modifications to a single floral organ, it provides a unique opportunity to begin to dissect the developmental and genetic basis of a key innovation, which, in turn, will provide insight into its origin,” the researchers wrote.

The researchers believe the gene is among the first key innovations for which scientists have identified the critical gene, opening the door to a number of areas in understanding how form and morphology are achieved in flowers and other living things.

“We’re particularly interested in novel features that seem to be very important for promoting speciation events,” said Kramer, Bussey Professor of Organismic and Evolutionary Biology and chair of the Department of Organismic and Evolutionary Biology. “In terms of a morphological trait, like the nectar spur, we’re asking: How did development [of the species] change? … It gives us, essentially, a handle, a starting place to try to start understanding this genetic network.”

Researchers made the discovery using a combination of techniques that included genetic sequencing and crossing species, and gene expression analyses. One of the keys was using a species of the Aquilegia native to China and known to be the only member of that genus, out of 60 to 70 species, to lack nectar spurs.

The team started by repeating a 1960 study by the Russian geneticist W. Praźmo that crossed the spurless flower with a spurred species and suggested that a single, recessive gene was responsible for spur loss. Unlike Praźmo, they had the genetic tools to finish the job, and sequenced the genome of about 300 offspring. That narrowed the search to just over 1,000 genes. Further genetic sleuthing led them to POPOVICH, which they call POP for short, and confirmed it using a genetically modified virus that knocks down, or suppresses, targeted genes.

“We took a species that has spurs and normally has POP expression, and we downregulated the expression of POP,” Kramer said. “We showed that it lost its spurs, and that result was the thing that ties it all together. Not only is this a gene that’s specifically expressed in spurs, but when you knock it down, it loses its spurs.”

While this is all strong evidence, more work is needed to confirm their findings.

“There are several directions that we’d like to go in, including trying to figure out how POP expression is controlled, which genes POP regulates the expression of, and what the POP gene is doing in the spurless relatives of Aquilegia ,” Ballerini said. 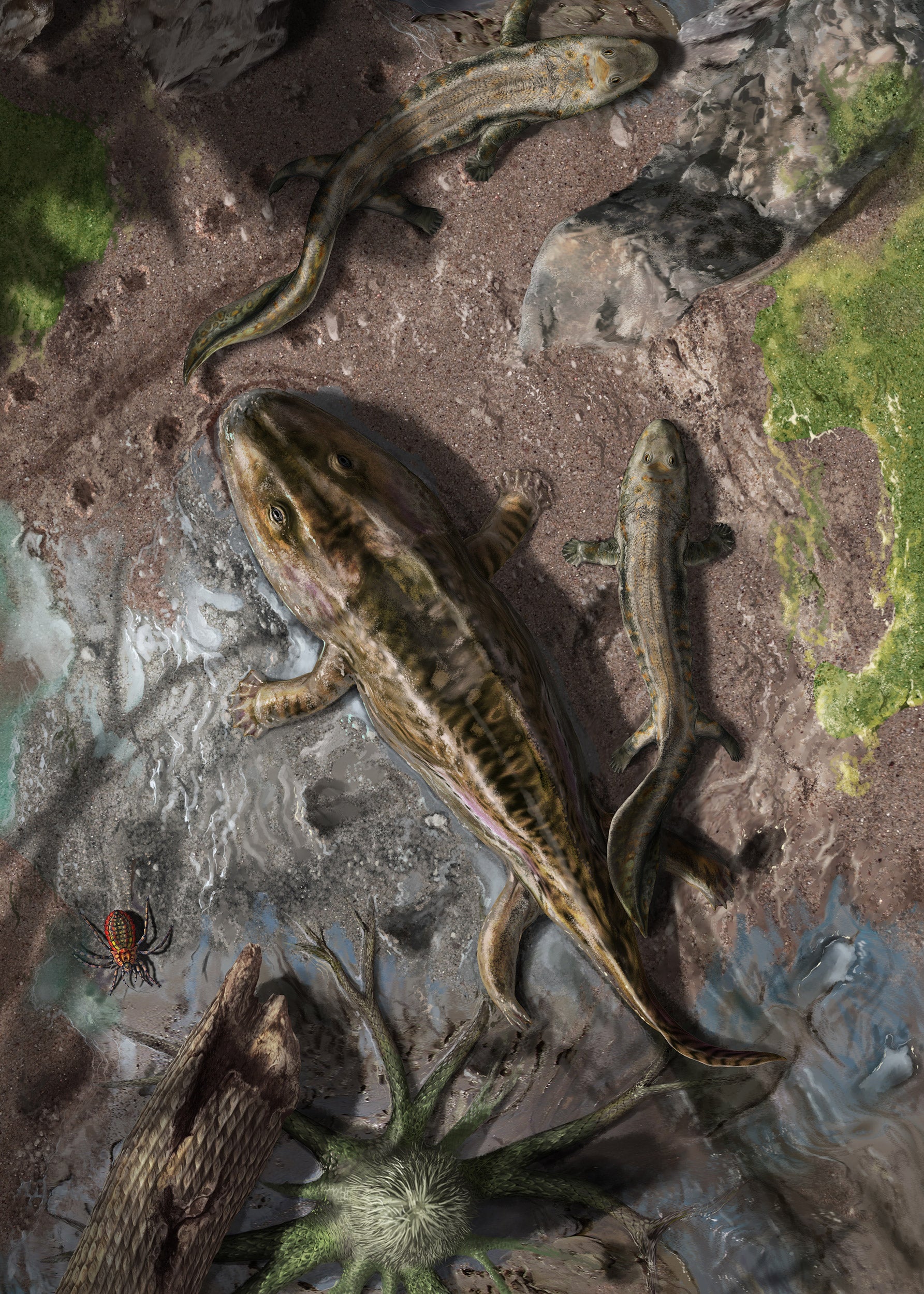