How pigs and manure helped bring down East Germany

The author of a new book argues that pig farming and manure pollution played a significant role in the end of Communism in East Germany.

The East German communist state’s approach to industrial pig farming foreshadowed its demise, a historian argues in a new book.

Thomas Fleischman has been obsessed with pigs for the better part of the last decade.

Tracing the history of East Germany’s birth in the immediate aftermath of World War II to its sudden collapse in 1989, the assistant professor of history at the University of Rochester has examined the socialist country’s history exclusively through the lens of pig farming. In his new book, Communist Pigs: An Animal History of East Germany’s Rise and Fall (University of Washington Press, 2020), Fleischman argues that agriculture under communism was in many ways not that much different from capitalist agriculture.

“Pig and pig farming provide a clear case study of convergence,” says Fleischman, who spent years combing national and local archives in the US and former East Germany, as well as interviewing and visiting former industrial pig farmers in the now-defunct German Democratic Republic (GDR), an authoritarian satellite state of the Soviet Union.

The pig, he argues, played a fundamental role in the GDR’s attempts to create a modern industrial food system, albeit one based on communist principles of large-scale collective farming. By the mid-1980s East Germany produced more pork per capita than West Germany and the United Kingdom together.

But the small nation paid a high price for its pig prowess: from manure pollution to animal disease and rolling food shortages—the reliance on industrial pork, much of which was directly destined for export, foreshadowed the country’s ultimate environmental and political collapse in 1989.

To many, the 40-year history of East Germany boils down to a sad tale of environmental, ideological, and economic disaster. Yet, assuming that this type of ecological fiasco died along with the communist experiment would be drawing the wrong lessons from history, argues Fleischman. Instead, he sets out to trace the history of the pollution crises, caused by the global rise of industrial agriculture in the last century, that destroyed the East German regime and persist to this day elsewhere.

“If the word ‘Orwellian’ is shorthand for a kind of totalitarian regime, then the GDR seemed to be its real-world embodiment,” writes Fleischman, replete with the communist pigs from George Orwell’s Animal Farm . And “just like Orwell’s pigs and people, communist and capitalist countries adopted analogous forms of agricultural production, which treated land, labor, and animals as cheap and disposable.”

Such industrial farming, he argues, is not the sole prerogative of totalitarian regimes; its collateral cost to society and nature is equally high elsewhere.

“The crises of air and water pollution, the breakdowns in its farms, and the series of temporary food shortages [in East Germany]—appear not as an aberration, but as a central feature of industrial agriculture everywhere,” writes Fleischman. “They show that cheap food is in fact unimaginably expensive.”

The post How pigs and manure helped bring down East Germany appeared first on Futurity .

You write that no other animal—except humans—is more central to East Germany’s history than the pig. How did you arrive at the pig?

When I initially went to the archives in Germany to do this research, I hadn’t planned to write about animals. At first, I was looking into specific questions about the GDR’s system of industrial agriculture and how it had functioned. But after reading through hundreds of files, I began to notice that pigs were everywhere. The regime was worried about how many it had, what the pigs were being fed, how to manage pig waste, and whether they were keeping the country’s stores readily and copiously supplied with pork . At the same time, I had been reading a lot of environmental history that used animals as their primary lens. And the more I read about pigs, the more fascinated I became. They have lived alongside humans as long as any animal except for dogs. Yet, what they looked like, what they ate, where and how they lived changed constantly. In short, “reading” a pig could tell you a lot about the way the broader human society was structured around it.

The 1970s saw a wide expansion of pig farming in East Germany. Why?

A variety of factors, including the end of Bretton Woods—the system of institutions and rules that had been created at the end of World War II to discourage speculation, regulate capital flows, and limit the size and volatility of financial markets—meant fewer capital restrictions in world markets and with it greater economic exchanges between East and West. Against this backdrop, the East Germans decided to expand their agricultural sector. Simultaneously, superpowers like the US, Soviet Union, and China, as well as smaller European states, began pursuing new diplomatic relations with each other—a period known as detente. In the two Germanys, it culminated in the Basic Treaty of 1972, which normalized relations between East and West Germany. The two states recognized each other, made agreements over visitation and border crossings, but also critically, opened up trade relations. Now East Germany suddenly had access to a world of cheap money and goods. They borrowed heavily to build up their economy and infrastructure, believing it would kickstart East Germany into a world-renowned exporting dynamo. And agriculture, especially pork production, was a major part of this plan.

By the 1980s East Germany’s pig production looked no different than, say, industrial pig raising on a farm in Iowa. Why?

The East Germans had been pursuing a model of industrial agriculture that was prevalent throughout the West since the 1950s. Just like in the US, they sought to expand the size of their fields and farms in the service of efficiency, economies of scale, and industrial techniques. They remade the inside of their barns as well, organizing production units around the stages of animal life, breeding pigs for year-round farrowing, tailoring fodder supply to match lifecycles of the animals, and so forth. These practices were not unique. The US originated many of them, perhaps most famously pioneering the vertically integrated factory farm for animals. The US exported much of this model abroad as a part of its Cold War soft power strategy, where, according to my research, it even made its way unintentionally into Eastern Europe, and found enthusiastic adopters in East Germany.

By the 1970s, the East Germans had created a system that looked an awful lot like agriculture in Iowa, but it was missing one crucial thing. It didn’t have access to the same amount of cheap resources, mainly grain, that made US agriculture so productive and cheap.

Yet, as you write, exactly at that time the rules of western capitalism and the Cold War changed and with that the conditions for East Germany.

Yes, in the early 1970s, East German agriculture was “saved.” The regime began importing grain, technology—not just tractors or feeders, but whole slaughterhouses—and animals, to boost their production. And for a time, it really worked. They began producing pork, fattened on western grain, and exported abroad for large earnings of western currency, which they then used to expand their social safety net, build more housing, and invest in new economic sectors. In my view, you could have taken an East German farm factory manager, plopped him down at a Hormel facility in Austin, Minnesota, in the 1980s, and he—it would definitely have been a “he” then—would have understood exactly how the plant was supposed to work.

This is a story of parallel development, with a common model being pursued, that later converges. Ultimately, the movement of cheap commodities, like grain, meat, oil, and money, drew the GDR into world markets and made it increasingly unstable as a result.

What role did pollution play in the GDR?

The worsening environmental crisis became a major cause of eroding support for the regime. Of course, brown coal pollution is a more famous example, when the burning of this dirty fuel source coated the buildings and lungs of East Germans. In my book I point to another underappreciated source of discontent: manure pollution. Due to the size of East Germany’s factory farms, pigs were producing more manure than farmers could handle, so to speak. And so it was clandestinely dumped in the woods, or spread on fields, or it simply leaked from tanks, where it leached into drinking water all over the country.

Of course, it was the broader context of 1989, of revolutions across the Eastern bloc, that lit the spark in the GDR where dissidents provided a ready-to-go list of demands and critiques of the regime for their citizens. And environmental problems were one of many issues around which protesters rallied.

So why did industrial pig farming help bring down the East German regime, but had no destabilizing effect in the US?

There were several key differences between East Germany and the US. For one, the East German economy was forced to continue producing at such great levels because of the regime’s reliance on western markets. In the early 1980s, foreign lenders began recalling their outstanding loans to the Eastern bloc. Pork production was keeping the East German economy afloat and therefore the regime had to prioritize meat exports abroad even as the country suffered from pollution and shortages at home.

Second, the pollution crisis was concentrated more heavily in the GDR. Remember the country was roughly the size of Ohio but was producing pork on par with whole regions of the US. This made the manure pollution much more visible and immediate for East Germans. That is not to say that pollution doesn’t happen in the US—it just happens in more sparsely populated or poorer regions. Anyone who has studied water supply contamination in North Carolina or looked at the Dead Zone in the Gulf of Mexico can attest to the real damage industrial animal farming is doing to the country right now.

Industrial pigs were intended to showcase real, existing socialism in the GDR. Instead, the opposite happened. How?

I think this is a complicated answer. In a way, the expansion of pork production was a success and worked out as intended. The regime did manage to create a system of cheap food that was unprecedented in German history. The fact that it also came with enormous amounts of pollution was just the other side of the same coin. And had East Germany not gained access to western markets for grain in the 1970s, I’m fairly certain the pollution crisis would not have been as bad. The East German case showed that there are real ecological and economic limits to an industrial food system, especially when confined to an autarkic (self-sufficient) economy. Access to western capitalism is what made East Germany more like the West. East Germans could produce cheap pork, like the West, and pollution, like the West.

What’s the lesson to be learned?

For me, the real lesson is that factory farming, whether in capitalist countries or communist ones, is predicated on a system of cheap and abundant inputs—of grain, of energy, of labor. “Cheapness,” as Jason Moore and Raj Patel have argued in their work The History of the World in Seven Cheap Things , is an illusion. It covers up the high cost of treating those things as cheap—to the environment, to human or animal life, to the planet. The case of the GDR pulled back the curtain on that lie. It showed that cheap food is in fact incredibly expensive.

Why it's wrong to blame livestock farms for coronavirus 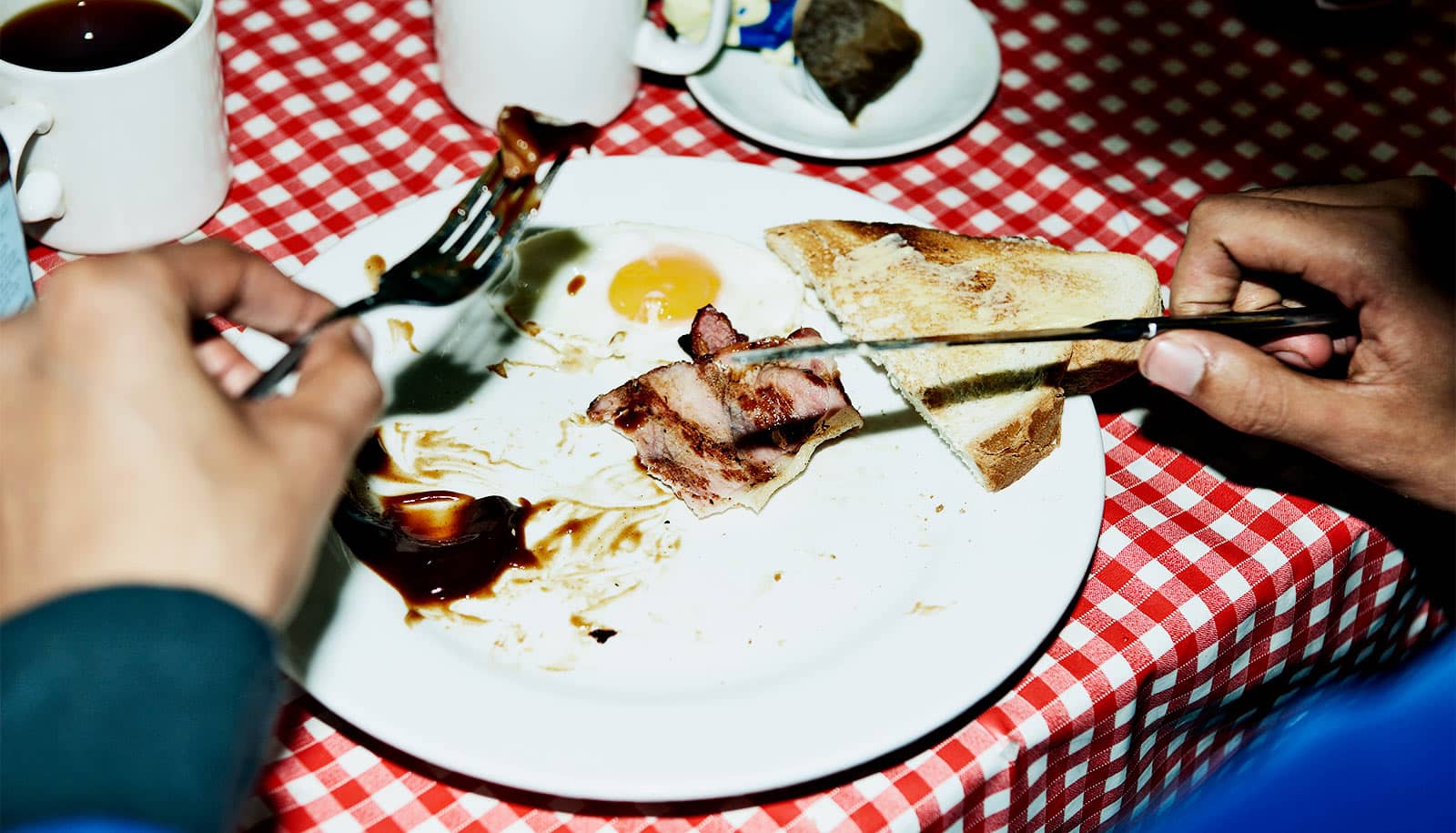