Meet the Black women behind rock and roll

In a new book, Maureen Mahon aims to correct the record on the role Black women played in shaping rock and roll.

A new book dives into the sometimes-unappreciated role of Black women in creating and shaping rock and roll.

The lyrics and sound of the Rolling Stones’ “Gimme Shelter” have resonated with rock and roll fans for decades—but its depth may never have been fully realized if not for the prominence of vocalist Merry Clayton on the track.

“Clayton’s voice—its volume and finesse—are riveting, and her vocals broaden the sonic palette,” Mahon, a cultural anthropologist, continues. “Working without a written part and singing what she felt, Clayton brought the intensity of gospel to the track.”

Clayton, who performed at Greenwich Village’s the Bitter End in the early 1970s, is just one of many African American women artists who shaped the genre in ways that haven’t always been recognized by traditional histories of rock and roll. It’s an omission that Mahon aims to correct in her new book.

While origins of the genre, which became popular in the 1950s, are famously complex, critics such as The New Yorker ‘s Louis Menand, among other cultural historians, have long acknowledged the influence of Black musicians on icons such as Elvis Presley, who has been both accused of cultural appropriation and celebrated for opening doors for Black artists and songwriters, and even Radiohead, whom Yale’s Daphne A. Brooks called “the Blackest white band” of our times in a recent essay for The Guardian .

“Rock and roll drew on African American musical practices that were rooted in West African aesthetics,” Mahon explains. “When discussing these West African musical roots, ethnomusicologists usually emphasize the conceptual approaches that enslaved Africans brought with them to the New World and that their descendants continued and elaborated.”

But that’s not to say that fans of, say, Led Zeppelin, AC/DC, Pearl Jam, and Joan Jett have always appreciated the intricacies and longevity of this relationship—especially where Black women artists are concerned.

In her account, Mahon chronicles the careers of female African American artists and bands whose names and sounds may be familiar, but whose stories and contributions are less so—such as the Shirelles, whose recording of “Will You Love Me Tomorrow” appeared on movie soundtracks ranging from Dirty Dancing to True Romance , and the Sweet Inspirations, a group featuring Emily “Cissy” Houston—Whitney’s mother and aunt of Dionne Warwick—who joined after its founding.

Despite this fundamental impact, and even collaborations between Black and white artists, the music industry, even to this day, has shown reluctance to promote artists across racial lines, Mahon observes: “From the time that the recording industry began to record and market a critical mass of African American artists in the 1920s, the marketing of popular music has been racially segregated.”

Ahead of this year’s GRAMMY nominations, Mahon digs into several aspects of rock and roll’s racial and cultural history and, in particular, how African American women have played a role as both performers and inspirations:

The post Meet the Black women behind rock and roll appeared first on Futurity .

You note that rock and roll has West African roots. How does that influence show itself in well-known songs?

You can hear it primarily through rhythmic intensity, percussive approaches to singing, the presence of blue notes—these are notes that don’t fit on the Western European musical scale —syncopation, and call-and-response. Prior to the 20th century these features made the music African Americans created sound “weird” or “strange” to listeners who were accustomed to Western European musical practices, but during the 20th century they were brought into mainstream music.

When rock and roll first emerged in the 1950s people called it The Big Beat because compared to mainstream pop the rhythm seemed so pronounced—in both instrumentation and the vocals—and was so central to the sound of the music. After more than half a century of rock and roll, these African American and West African features are harder to recognize because they became the norm of the music and are enmeshed in the sonic palette of rock and roll and contemporary popular music.

You write about the “racially ambiguous sound” that characterized both rock and roll and rhythm and blues in the early 1960s—and explain that it took a new form with the rise of the Beatles and Bob Dylan, who displaced African Americans “from the center of rock.” What happened?

One example of a group with this racially ambiguous sound is the Shirelles, an all-female African American vocal quartet who launched the girl group sound in the 1960s when their song “Will You Love Me Tomorrow” crossed over to pop audiences. The song had the rhythmic propulsion that was associated with rock and roll and that signaled “Blackness,” but this was tempered by the prominent string sound and Shirley Owens’s lead vocals, which were not rooted in the gospel sound and, therefore, were not “audibly Black.” These features contributed to a racially ambiguous sound that facilitated the success of the Shirelles on the pop charts. Other African American artists also deployed this kind of ambiguity to aid with crossover. Motown is a prime example.

Both Bob Dylan and the Beatles drew on African American musical sources as they were developing their sounds. In fact, the Beatles included covers of Shirelles songs in the live shows they played before they had a recording contract—their version of the Shirelles’ hit “Boys” appears on their debut album. With the critical and chart success of Dylan and the Beatles, there was a growing acceptance of artists writing the songs they recorded and then, by the end of the decade, an expectation that they do so. As a result of Dylan’s influence, there was also an expansion of the type of subject matter that these songs addressed.

The convergence of a growing number of white artists who played this music, wrote their own songs, and experimented with musical form and subject matter produced a new form of rock and roll that people started to call “rock.” This new style displaced the artists who had performed rock and roll in the 1950s and early 1960s—and professional songwriters. The Blackness that had been associated with the music was still present, but it was understood as rock style and was generally delivered by white artists.

One African American woman many may easily identity with rock and roll is Tina Turner. How did she overcome the genre’s “restrictive rules” that you describe?

In the 1960s, when Ike and Tina Turner were working together, they were very aware of the limits of the rhythm and blues category and were seeking ways to cross over to the more lucrative fields of pop and rock. Their first attempt was through a 1966 collaboration between Tina Turner and Phil Spector, who at the time had achieved a great deal of pop chart success producing recordings that featured African American women. The resulting song, “River Deep, Mountain High,” was a flop in the United States, but it caught on in England and the Rolling Stones invited the Ike and Tina Turner Revue to join their autumn 1966 UK tour. This introduced the Turners to a new, predominantly white audience.

In 1969, Tina convinced Ike that the Revue should add covers of popular rock songs to their act; their versions of the Beatles’ “Come Together” and the Stones’ “Honky Tonk Women” made them more legible to the rock community. Their biggest hit was their cover of the Creedence Clearwater Revival song “Proud Mary.” After Tina left Ike and began her solo career in the early 1980s, she and her manager did all they could to separate her from R&B, the Black category, and target the rock audience. I think it’s important to note that her manager, Roger Davies, is Australian, and that they recorded her breakthrough album Private Dancer in England. Getting away from the American environment with its restrictive racial rules was crucial.

In the immediate post-World War II era, a time of legal segregation, many African American women were part of “cross-racial collaborations.” Are such partnerships reflected in today’s rock and roll or other types of popular music—or has the industry become even more segregated?

Over the years the genre label has changed from “race” to “rhythm and blues” to “soul” to “Black” and back to “rhythm and blues/R&B,” but there has always been a separate category for music targeted to African American audiences. The irony is that there is quite a bit of musical blurring and, of course, rock incorporates many features of African American musical sound. A couple of examples of recent collaborations that circumvent this type of musical segregation and that have produced musically satisfying results are Beyoncé’s work with white rocker Jack White on her Lemonade album. The song “Don’t Hurt Yourself” invokes an earlier instance of Black female/white male musical connections by using a sample of Led Zeppelin’s “When the Levee Breaks,” a song originated by the great African American blues guitarist Memphis Minnie. Beyoncé leans into the tropes of rock’s instrumental and vocal distortion as well as its high volume to express the rage that is the central theme of the song.

Another recent example is the Alabama Shakes, a rock band featuring lead vocalist and guitarist Brittany Howard, a woman of African descent, and her three white male bandmates. On their albums Boys and Girls and Sound and Color you can hear the influence of southern rock, the Velvet Underground, Prince, and Tina Turner. 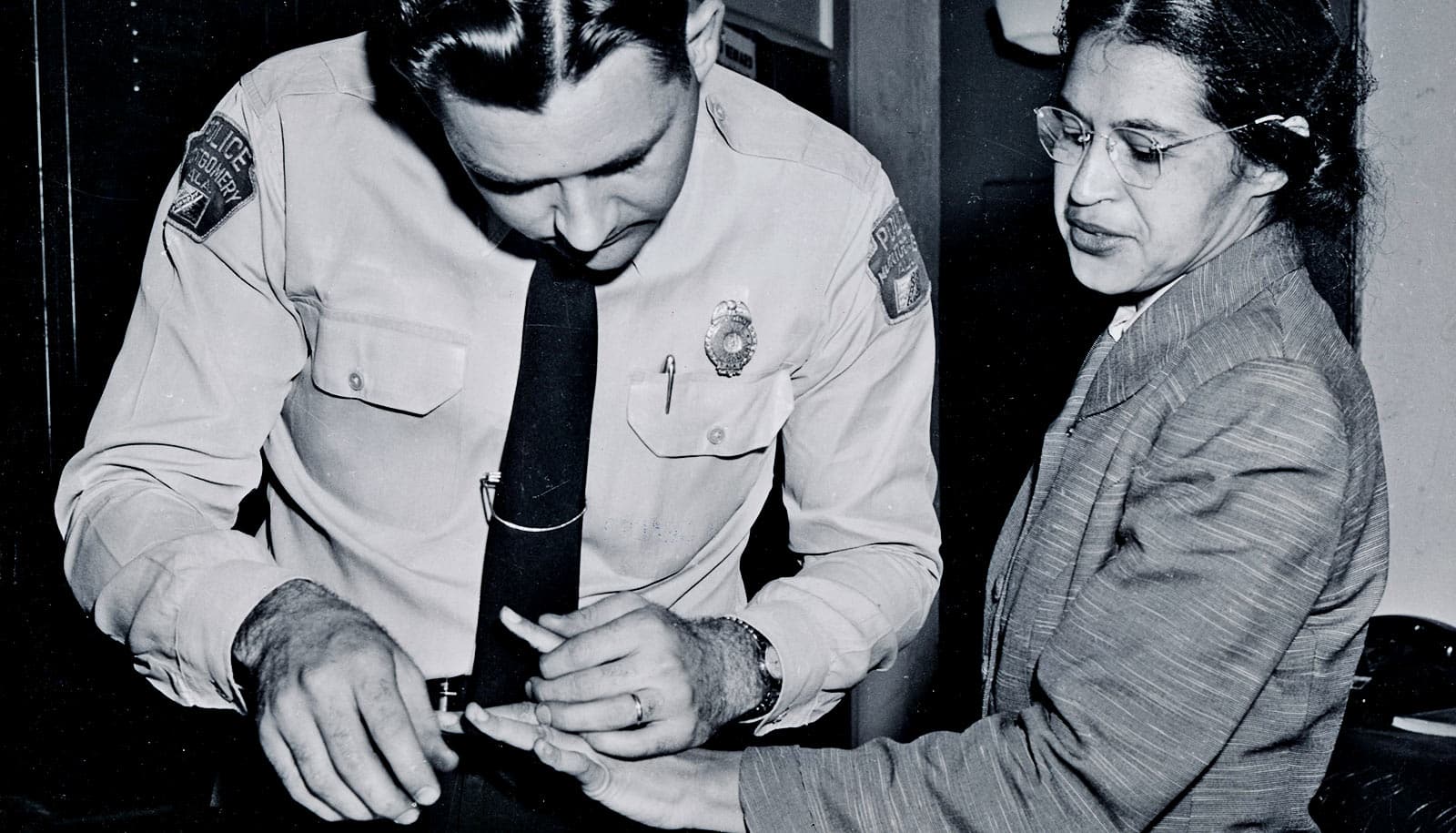 Listen: How women made the Montgomery bus boycott a reality 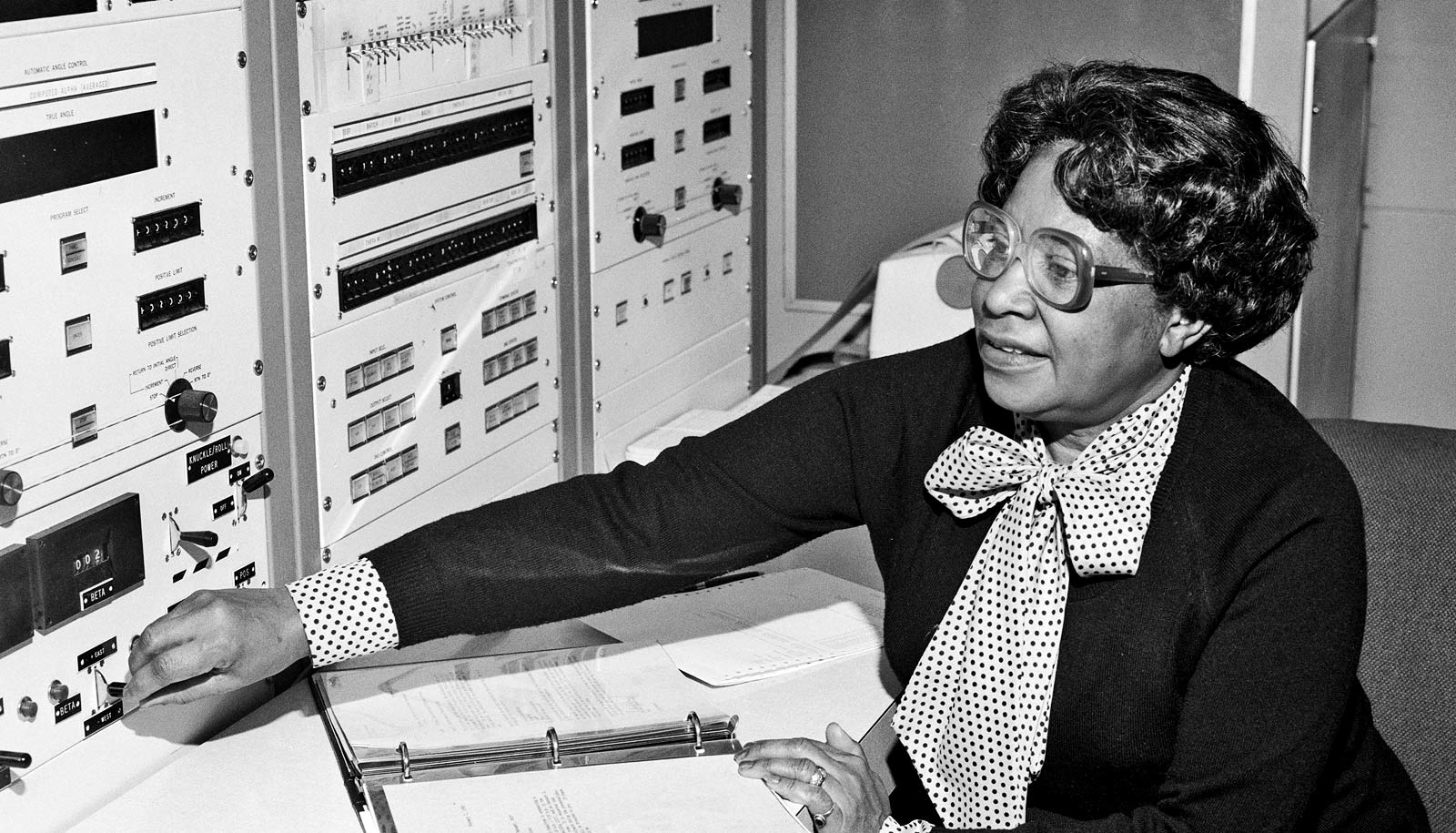 There are ‘Hidden Figures’ in population genetics, too