Animals that regularly dine on toxic food may hold clues for designing new drugs to treat persistent pain in humans.

It’s hard to appreciate the value of pain when we feel it, but most living things would not survive without it. Pain is a signal that something is causing harm to your body and that you need to take action .

One way to learn about pain receptors is by studying species in which these receptors seem to be absent. As an example, many animals regularly eat toxic food without suffering reactions that would cause pain in other species. Goats will happily browse on poison ivy without developing itchy rashes , while garter snakes feed on poisonous newts with no persistent effects.

I have a long-standing appreciation for bizarre biology, so my Ph.D. research led me to study one of the most specialized predators in the animal kingdom: the grasshopper mouse ( Onychomys torridus ) . These tiny rodents have a big appetite for prey that other mice prefer to leave alone because of their quarry’s chemical defenses. Understanding how grasshopper mice can consume noxious food may provide insights into pain pathways and help scientists seeking to find new, nonaddictive treatments for blocking pain signals.

To learn more about grasshopper mouse predatory behavior, I traveled to the Sonoran Desert in southern Arizona with a small team from Michigan State University. The desert is beautiful but hostile. Many animals there have developed extreme adaptations, including venoms and poisons, that help them catch food and defend themselves from predators. This makes it the perfect natural lab for studying rodents and how they’ve specialized to handle desert life.

My research focused on three related species of mice with different dietary preferences. Deer mice ( Peromyscus ) are omnivores, known for supplementing a diet of insects with whatever they find in kitchens all over North America. Peanut-shaped pocket mice ( Chaetodipus penicillatus) prefer to eat seeds and grain, but will eat insects as a last resort.

In contrast, southern grasshopper mice are voracious carnivores. At sunset they let out long cries, like muted teakettles, that have been described as “ wolf howls in miniature .” Their stubby legs and tan-and-white patterned coats make them look like tiny corgis, but belie their aggressive nature. Grasshopper mice attack and eat anything that moves, including centipedes, tarantulas, scorpions and even other mice. They have an astounding immunity to scorpion venom , which kills deer mice in minutes.

We wanted to see how grasshopper mice, deer mice and pocket mice ate different types of insects, so we trapped over 80 of them and tested their feeding behavior. We gave each mouse a cricket, which is largely defenseless, and a stink beetle ( Eleodes longicollis ). These bugs are like the chocolate-covered pretzels of the desert – high-calorie treats that contain contrasting tastes.

But to get to the juicy center, a predator must overcome a hard outer shell and a burning, acrid spray that the beetle squirts from its rear end. The spray contains benzoquinone chemicals , which release fumes similar to bleach and can damage the eyes, nose, mouth and skin with prolonged exposure. I can personally attest to its bitter, stinging taste and the brown stains it leaves on clothes and skin.

In a typical battle, most grasshopper mice immediately attacked the beetle but were repulsed by a face full of chemical spray. Eyes closed, they would turn to rub their head in the sand, seemingly trying to brush the spray off their fur. But then, remarkably, each mouse returned to bite the beetle’s head until it was subdued. Crunching followed as the mouse held the beetle like a sandwich, working its way down the body until all that remained were six legs and an empty shell.

The other contenders were total wimps. Deer mice sniffed around the beetles like a restaurant customer contemplating whether to order spicy chili. They all eventually gave up, although many ate the milder crickets. Some curious pocket mice inspected the insects, but remained vegetarian.

Grasshopper mice have special skills that make them extremely efficient predators. We saw them deploy attack behaviors designed to quickly incapacitate a beetle by biting it on the head rather than the abdomen. We also saw them exhibit defense behaviors, like rubbing their face or trying to bury the beetle in the sand, suggesting that the mice likely contracted benzoquinones in their eyes, noses and mouths. Yet they relentlessly pursued the beetles in spite of this superficial discomfort. We believe this behavior hints at some underlying form of chemical tolerance.

Since deer mice did not show these behaviors, they may not have the necessary adaptations for eating the same type of food. We suspect that grasshopper mice have sensory receptors that are less sensitive to benzoquinone, although this has not been proved yet.

But we do know that these animals show reduced sensitivity to other chemicals that trigger pain sensation. There’s even some evidence that they don’t show aversive conditioning to stink beetles , meaning that grasshopper mice never learn to associate beetles with pain, even after they have a negative experience with the spray.

Future research may find even more clues in the grasshopper mouse brain about how pain sensations can be blocked. Human medications like Advil and other nonsteroidal anti-inflammatory drugs reduce pain by blocking production of certain chemicals in the body that inflame tissues . Similarly, drugs that mimic keys intended to fit the shape of sensory receptor locks might stop those receptors from sending pain signals. By copying natural examples of pain resistance , scientists can design treatments to alleviate pain or identify which part of the pain pathway might be malfunctioning in chronic pain patients.

[ Understand new developments in science, health and technology, each week. Subscribe to The Conversation’s science newsletter .]

You are what you eat

Learning more about pain and taste receptors in grasshopper mice may also help us understand how they became so different from other mice in the first place. Many carnivores have fewer taste receptors than herbivores , possibly because they don’t need to detect which plants are toxic. Marine mammals that swallow their food whole, like sea lions and dolphins, lack most taste receptors altogether.

Other animals, like vampire bats , seem incapable of conditioned taste aversion – the tendency to avoid a food that has made you feel sick in the past. Such behavior would be useless for animals that follow a strict diet of mammalian blood and rarely encounter toxic food.

Perhaps genetic changes in the grasshopper mouse taste receptors helped them to outcompete other rodents for limited food in the desert. By eating insects and arachnids that no one else can handle, grasshopper mice occupy a unique dietary niche that helps them survive in one of the harshest environments on Earth.

Considering that humans and mice are so genetically similar, these ferocious carnivores may someday be a leading prototype for designing drugs that relieve human suffering. 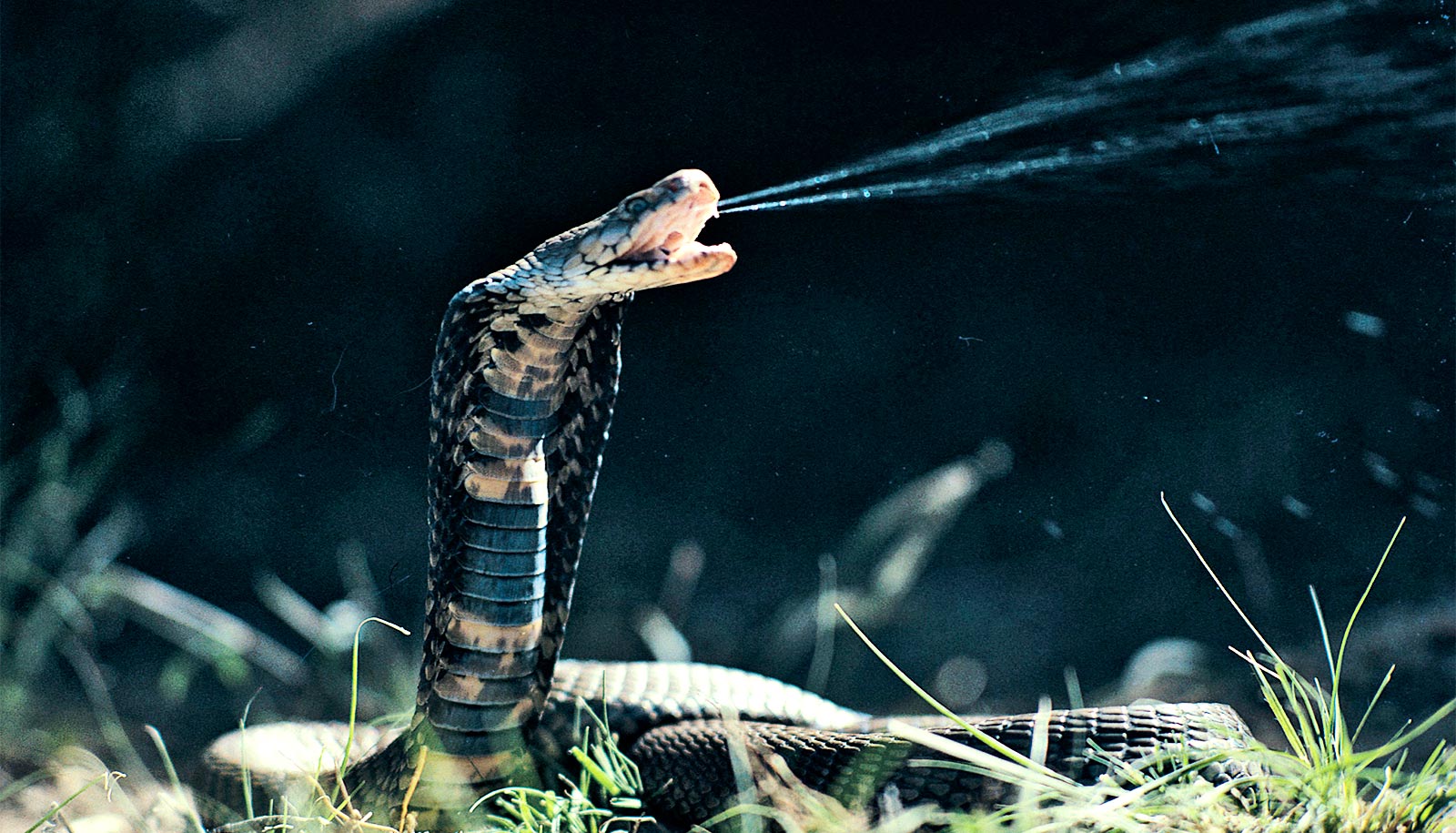