Fish farms feed millions of people around the world, but they also consume a lot of fish that are dried or ground up to make aquafeed. Researchers are developing more sustainable alternatives.

Aquaculture, or fish farming, is the world’s fastest-growing food production sector . But the key ingredients in commercial fish feed – fishmeal and fish oil – come from an unsustainable source: small fish, such as anchovies and herring, near the base of ocean food webs.

My colleagues and I have developed a high-performing, fish-free aquaculture feed that replaces these traditional ingredients with several types of microalgae – abundant single-celled organisms that form the very bottom of the food chain in fresh and saltwater ecosystems around the world. To test this approach, we developed our feed for Nile tilapia – the world’s second-most-farmed fish , exceeded only by carp.

Our research showed that tilapia fed our fish-free diet grew significantly better, achieving 58% higher weight gain than tilapia fed conventional feed. The resulting cost per kilogram of tilapia raised on our feed was lower than for fish raised on conventional commercial feed. And our feed yielded a higher level of a key fatty acid that is important for human health , DHA omega-3, in the resulting tilapia fillets.

About 19 million tons of wild fish – some 20% of the total quantity caught around the world – are rendered into fish meal and fish oil every year, even though 90% of these harvested fish are fit for human consumption . Analysts project that aquaculture feed demands for fish meal and fish oil could outstrip the supply of small forage fish , also known as prey or bait fish, by 2037. If this happens, it could have disastrous consequences for human food security and marine ecosystems.

Aquaculture feeds can also contain soy and corn ingredients from industrial farms on land that generate large amounts of water pollution . Fish can’t fully digest these ingredients, so they end up in aquaculture wastewater . Just like wastewater from cattle or poultry farms, effluent from fish farms can be a serious pollution source . What’s more, these crops could be used for direct human consumption.

For all of these reasons, developing fish-free fish feed is a key leverage point for reforming aquaculture so that it helps to conserve natural ecosystems instead of damaging them. Reducing pressure on forage fish will strengthen global marine fisheries. Our work also shows that it is possible to improve the human health benefits of eating farmed tilapia by manipulating the fishes’ diet.

How we do our work

We developed our fish-free feed formula in a series of experiments over six years. First, we evaluated how well fish could digest specific varieties of marine microalgae . Then we conducted separate experiments to see how well fish grew using these individual ingredients as replacements for either fish meal or fish oil.

For this feed we used two types of marine microalgae. One is a waste product left over after another type of omega-3 fatty acid, called EPA, has been extracted from the microalga for use in human nutritional supplements. This is the first proof of concept for a tilapia feed that eliminates fish meal and fish oil while improving growth metrics and the resulting nutritional quality of the fish.

Our feed is a substantial improvement over other commercially available feed products. There are some existing fish-free feeds that use soy, corn and other plant-based ingredients, but terrestrial vegetable oils within these feeds lack long chain omega-3 fatty acids. As a result, they produce fish fillets with lower nutritional value .

Microalgae ingredients don’t have this problem. Researchers have been experimenting with using microalgae to replace either fishmeal or fish oil in aquaculture feeds , but there haven’t yet been any fully fish-free microalgae blend feeds available in the market. We hope that ours will be the first.

The other major challenge in developing a commercially successful fish-free feed is achieving a competitive edge over conventional feed on cost and fish growth performance. Our research showed promising results for these factors as well.

We currently have a patent pending for our formula and hope to work with the aquafeed industry, ingredient suppliers and sustainable aquaculture entrepreneurs to bring it to market. The major challenge will be achieving a consistent ingredient supply in order to produce large quantities on an industrial scale.

We’re also working now to develop fish-free feeds for other aquaculture species, including salmonids , a group that includes trout and salmon. Unlike tilapia, which eat a primarily vegetarian diet, these species are predators, so farming them accounts for most of the fishmeal and fish oil used in aquaculture feeds. Successfully replacing fishmeal and fish oil with microalgae in salmonid feed would be a major advance toward more sustainable aquaculture.

Pallab Sarker and other participants in the research described in this article have received funding from the U.S. Department of Agriculture; the Sherman Fairchild Professorship, Dean of the Faculty and Vranos family gift at Dartmouth College; the Dean of Social Sciences and Executive Vice Chancellor at the University of California Santa Cruz; and the National Sea Grant Aquaculture Federal Funding Opportunity. 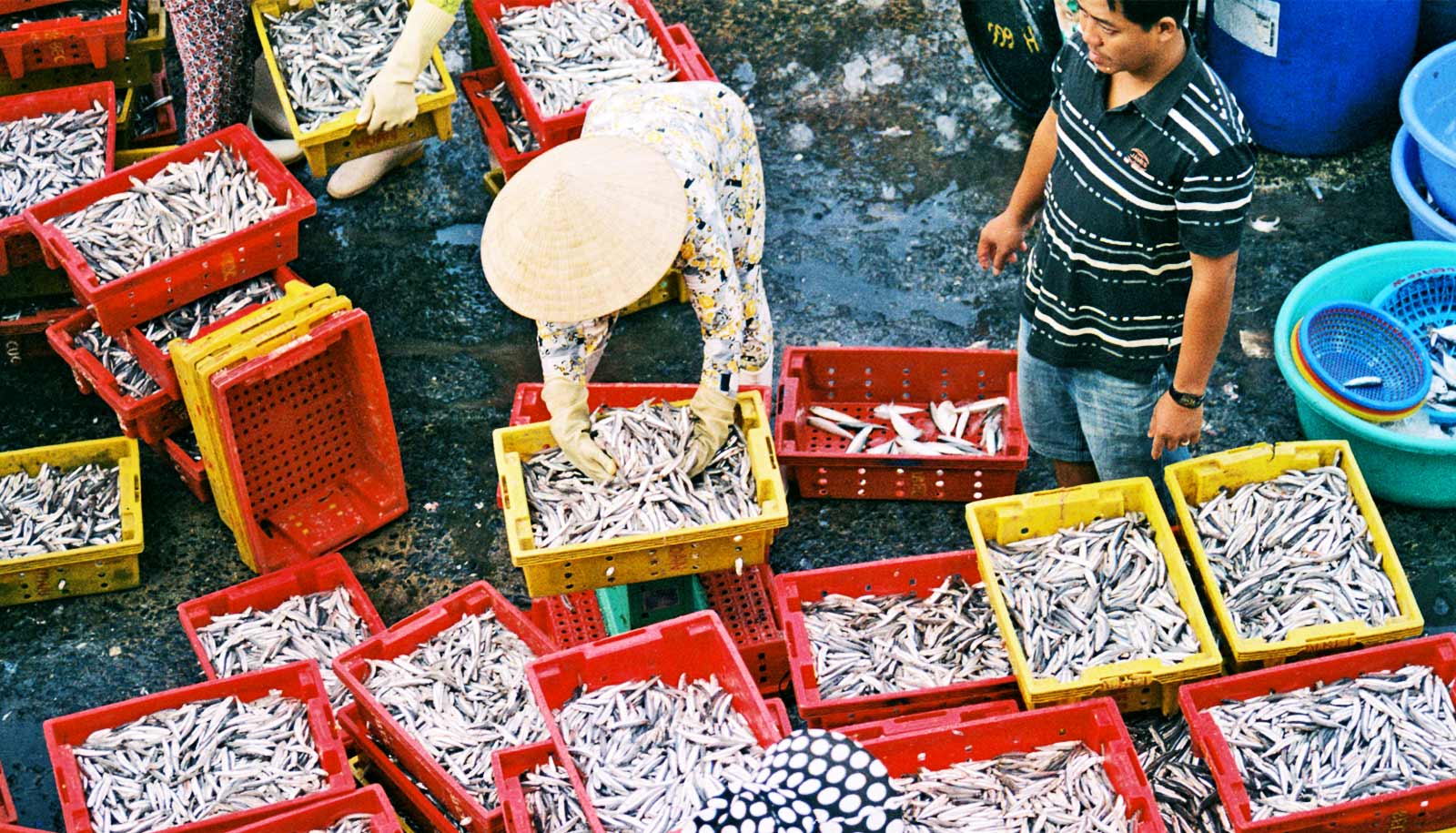 4 policies to promote ‘fish as food’ can fight world hunger