Measuring levels of a specific type of Alzheimer's protein in the fluid that surrounds the brain and spine can indicate how far the disease has progressed.

A new form of an Alzheimer’s disease protein in the fluid that surrounds the brain and spinal cord indicates what stage of the disease a person is in, and tracks with tangles of tau protein in the brain, according to a new study.

Tau tangles are thought to be toxic to neurons, and their spread through the brain foretells the death of brain tissue and cognitive decline. Tangles appear as the early, asymptomatic stage of Alzheimer’s develops into the symptomatic stage.

The discovery of so-called microtubule binding region tau (MTBR tau) in the cerebrospinal fluid could lead to a way to diagnose people in the earliest stages of Alzheimer’s disease, before they have symptoms or when their symptoms are still mild and easily misdiagnosed.

“This could be a way for us to not only diagnose Alzheimer’s disease but tell where people are in the disease.”

It also could accelerate efforts to find treatments for the devastating disease, by providing a relatively simple way to gauge whether an experimental treatment slows or stops the spread of toxic tangles.

“If we can translate this into the clinic, we’d have a way of knowing whether a person’s symptoms are due to tau pathology in Alzheimer’s disease and where they are in the disease course, without needing to do a brain scan,” he says. “As a physician, this information is invaluable in informing patient care, and in the future, to guide treatment decisions.”

Alzheimer’s begins when a brain protein called amyloid starts forming plaques in the brain. During this amyloid stage, which can last two decades or more, people show no signs of cognitive decline. However, soon after tangles of tau begin to spread in the neurons, people start exhibiting confusion and memory loss, and brain scans show increasing atrophy of brain tissue.

Positron emission tomography (PET) brain scans can detect tau tangles, but brain scans are time-consuming, expensive, and not available everywhere. Bateman and colleagues are developing diagnostic blood tests for Alzheimer’s disease based on amyloid or a different form of tau, but neither test can pin down the amount of tau tangles across the stages of disease.

MTBR tau is an insoluble piece of the tau protein, and the primary component of tau tangles. Bateman and first author Kanta Horie, a visiting scientist in Bateman’s lab, realized that specific MTBR tau species were enriched in the brains of people with Alzheimer’s disease, and that measuring levels of the species in the cerebrospinal fluid that bathes the brain might be a way to gauge how broadly the toxic tangles have spread through the brain.

Previous researchers using antibodies against tau had failed to detect MTBR tau in the cerebrospinal fluid. But Horie and colleagues developed a new method based on using chemicals to purify tau out of a solution, followed by mass spectrometry.

The researchers verified their results by following 28 members of the original group over two to nine years. Half of the participants had some degree of Alzheimer’s at the start of the study. Over time, levels of MTBR tau 243 significantly increased in the Alzheimer’s disease group, in step with a worsening of scores on tests of cognitive function.

The gold standard for measuring tau in the living brain is a tau-PET brain scan. The amount of tau visible in a brain scan correlates with cognitive impairment. To see how their technique matched up to the gold standard, the researchers compared the amount of tau visible in brain scans of 35 people—20 with Alzheimer’s and 15 without—with levels of MTBR tau 243 in the cerebrospinal fluid.

MTBR tau 243 levels were highly correlated with the amount of tau identified in the brain scan, suggesting that their technique accurately measured how much tau—and therefore damage—had accumulated in the brain.

“Right now there is no biomarker that directly reflects brain tau pathology in cerebrospinal fluid or the blood,” Horie says. “What we’ve found here is that a novel form of tau, MTBR tau 243, increases continuously as tau pathology progresses. This could be a way for us to not only diagnose Alzheimer’s disease but tell where people are in the disease. We also found some specific MTBR tau species in the space between neurons in the brain, which suggests that they may be involved in spreading tau tangles from one neuron to another. That finding opens up new windows for novel therapeutics for Alzheimer’s disease based on targeting MTBR tau to stop the spread of tangles.”

The study appears in the journal Brain . 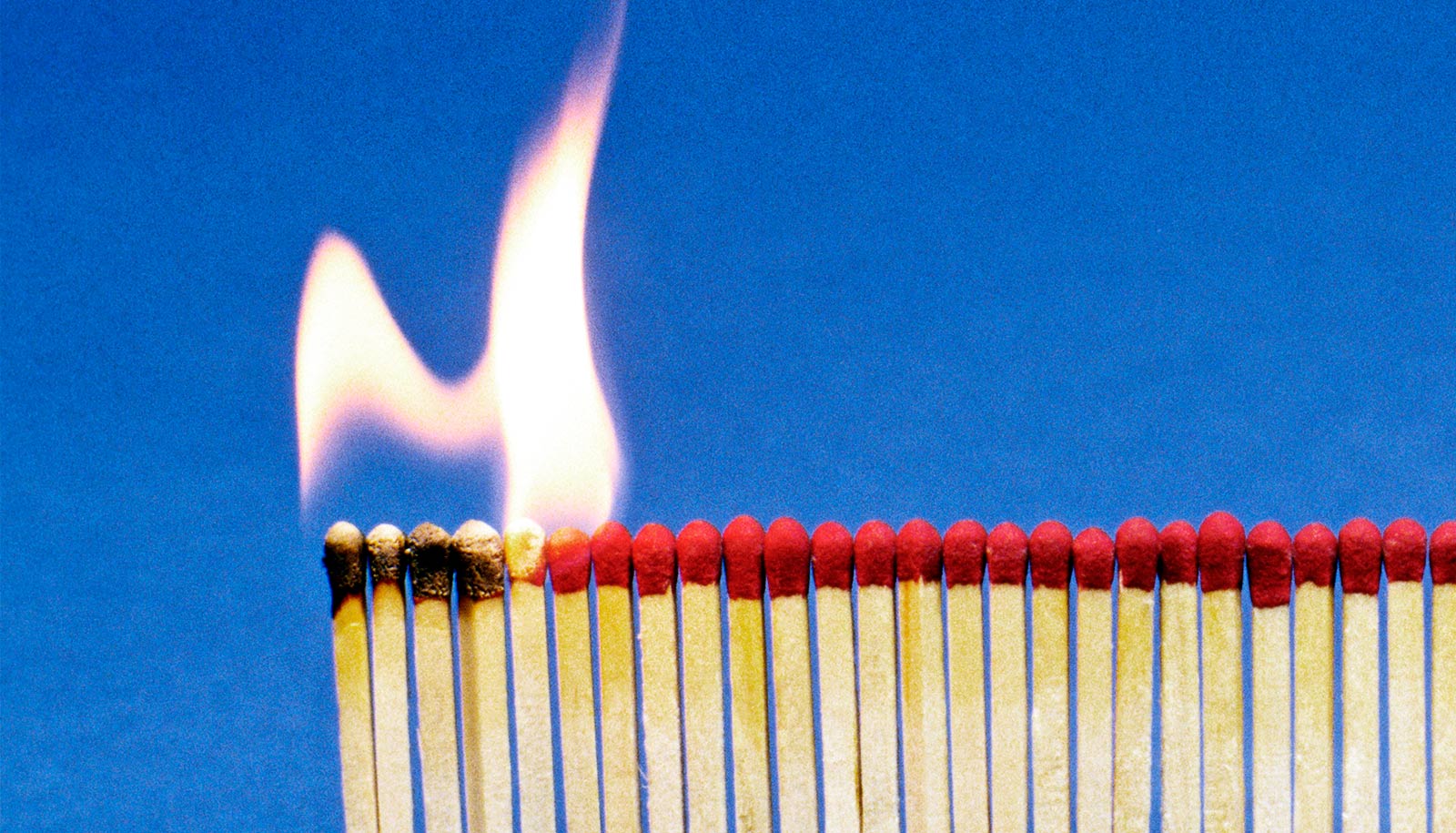 The way tau spreads may lead to new dementia treatments 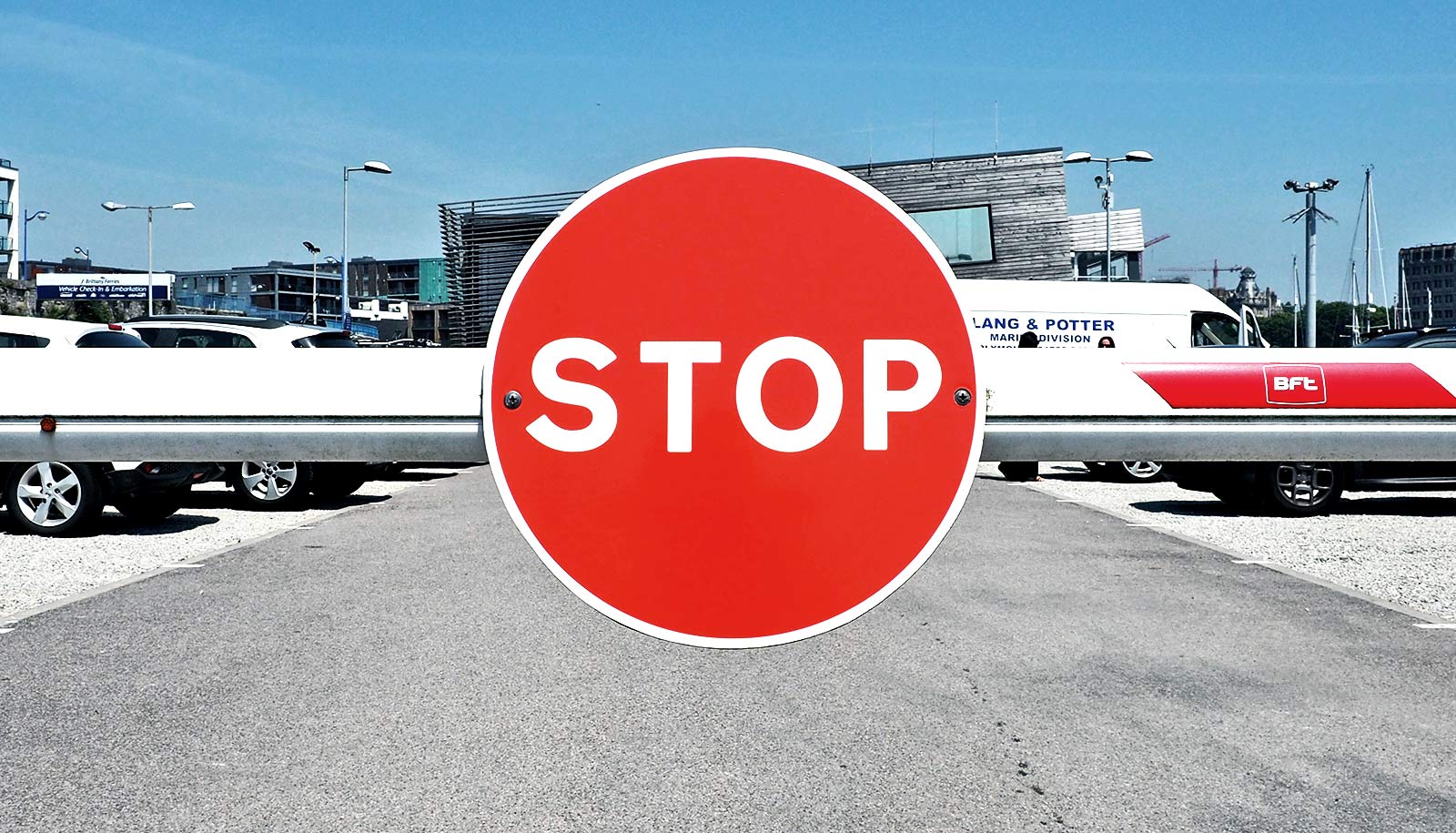