Japanese researchers say they are working to build the world’s first satellite made of wood.

The goal is to help fight the problem of space junk. Space junk includes things like dead satellites, lost pieces of equipment and small pieces of paint. Such objects can present threats to spacecraft and satellites operating in space.

The project is a joint effort involving the company Sumitomo Forestry and Japan’s Kyoto University. The development team recently announced plans for the satellite in a news release.

The researchers say the wooden satellite – which they call LignoSat – is one of several planned projects that seek to explore how wood might be used in space in the future.

The developers say wood offers several advantages over other materials commonly used to build satellites, such as aluminum and other metals.

For example, the researchers say wood does not block electromagnetic waves. For this reason, wooden structures could be used to house antenna equipment and other controlling devices, the team said in a statement.

Wooden structures would also be simpler to design and weigh less than current satellite equipment, the researchers added. Such satellites would be better for the environment because they would burn up when reentering Earth’s atmosphere. They would not release polluting particles into the air and oceans.

The researchers say space junk is a growing problem. Thousands of non-operating satellites are currently orbiting the Earth, and the number of new satellites continues to grow. Last year, European and United Nations agencies announced they were developing a plan for worldwide action to deal with space junk. The agencies said waste orbiting the earth must be cleaned up to make room for new satellites.

One of the leaders of the project is Japanese astronaut Takao Doi, who is also a professor at Kyoto University. He told BBC News that the driving force behind the project is the need to limit pollutants released from satellites that remain in the upper atmosphere for many years.

"Eventually it will affect the environment of the Earth," Doi said. He added that after the first steps in the research process are completed, the team will begin “developing the engineering model of the satellite.” After that, a satellite flight model will be manufactured.

The first wooden satellite could be launched by 2023.

The researchers admit that the project presents some big technological problems. These include finding a wood material that can keep its shape in severe temperatures and survive intense sunlight over a long period of time.

The Japanese project involves researching different wood-based materials and protective coatings that can hold up in the extreme conditions of space. The team is studying the construction of wooden structures using cedar and birch wood.

The researchers also plan to study how other wood products would perform in space. They want to find out whether trees could help humans in extreme environments such as space stations.

The company backing the project, Sumitomo Forestry, has also developed buildings made mainly of wood. In 2018, the company announced its largest project, a 350-meter wooden skyscraper to be built in Tokyo. It says the goal is to complete the building by 2041.

We want to hear from you. Write to us in the Comments Section, and visit our Facebook page.

junk – n. material that is no longer of use or working

advantage – n. something that is good or desirable

coating – n.  a thin layer of a substance that covers an object for the purpose of protecting it or for some other reason 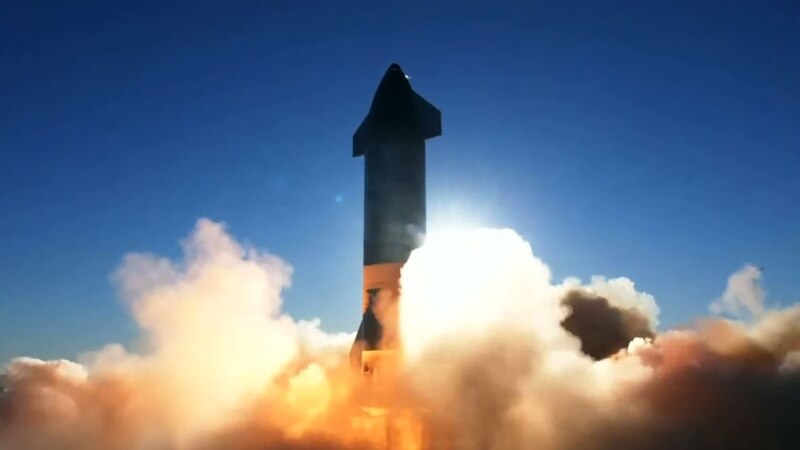 2020 Saw Many Successes in Space Exploration