Mark Vogelsberger , an associate professor of physics at MIT, has received the 2020 Buchalter Cosmology Prize in a collaboration led by Phillip Mocz , a postdoc at Princeton University. Their research presents a novel simulation of the early universe with a theorized ultralight, or “fuzzy,” dark matter particle. The Buchalter Prize awarded the researchers Third Prize and $2,500 for their boundary-pushing work in cosmology.

Depending on the type of dark matter, the early universe would have taken shape in very different ways. Vogelsberger and his colleagues created three simulations of early galaxy formation in scenarios with cold, warm, and fuzzy dark matter particles. In the cold dark matter simulation, galaxies formed in dense clumps. Conversely, the warm and fuzzy simulations showed long, tail-like filaments of galaxy formation. Unique to the fuzzy dark matter simulation, however, are striated bands of formation, like the strings on a harp. This happens because the fuzzy particles are so incredibly light that they act more like waves than individual particles. When these waves interact, they either reinforce each other or cancel out, producing quantum interference patterns on a cosmic scale.

This study, published in Physical Review Letters , is the first to simulate what the early universe might look like if dark matter consists of ultralight fuzzy particles. “There's a difference between proposing a certain dark matter particle and really looking at how a universe might look for that type of particle,” says Vogelsberger, “We've provided the first simulation of its kind.”

The researchers hope that with a strong enough telescope, perhaps even the upcoming James Webb Space Telescope, we can look far enough into the universe to observe the shape of early galaxy clusters. Dense clumps of galaxy formation would support the prevailing cold dark matter theory, but if we instead see striated bands, the universe might be fuzzier than we think. 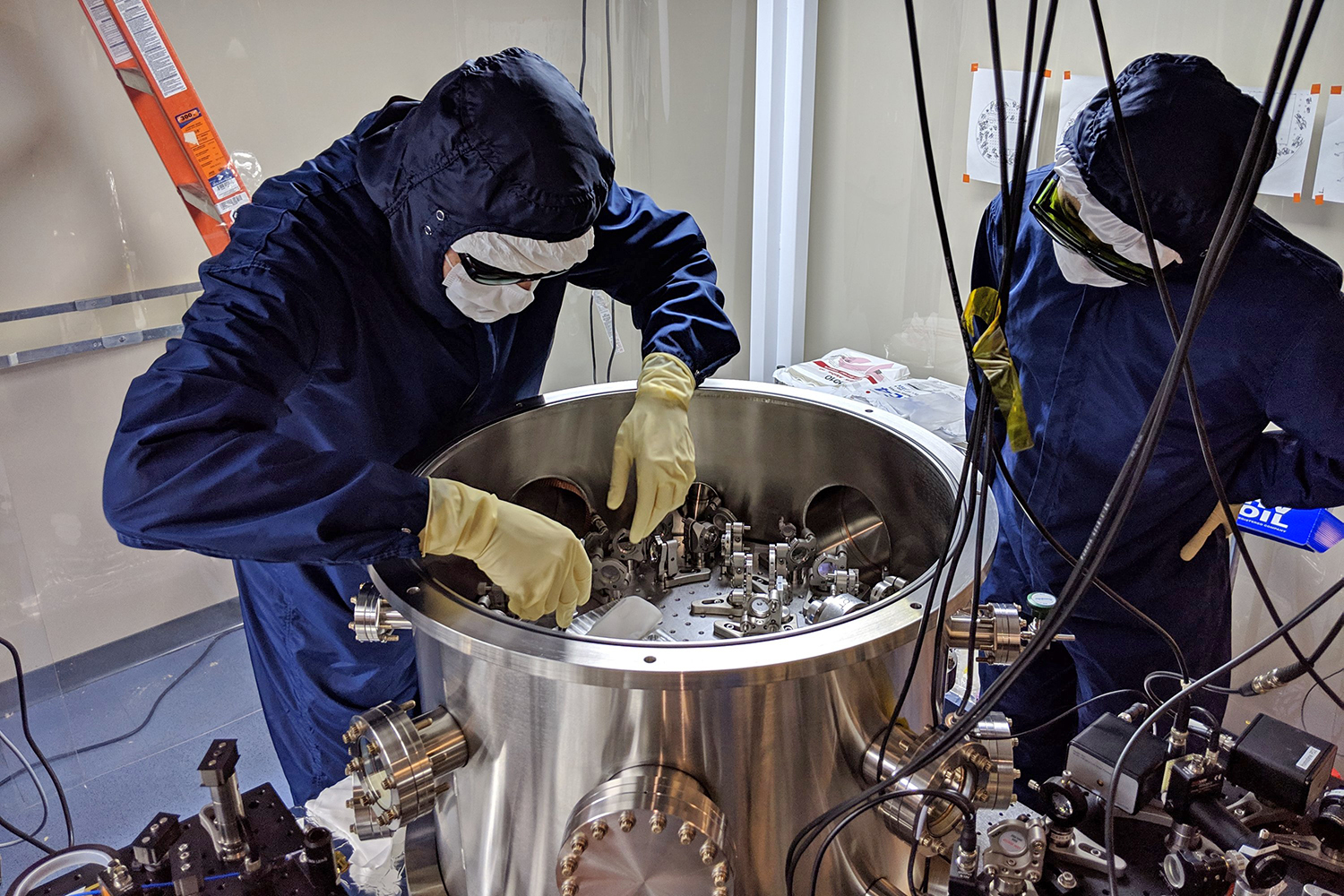