On Friday, pharmaceutical company Johnson & Johnson reported successful results of its phase 3 clinical trial of a coronavirus vaccine developed in the lab of Harvard Medical School Professor Dan Barouch at Beth Israel Deaconess Medical Center (BIDMC). The announcement also, however, fueled concerns over the growing number of virus variants and the continuing effectiveness of available vaccines.

Overall efficacy of the J&J vaccine was 66 percent worldwide (above the FDA threshold for a vaccine to be widely deployed), compared with 90 percent and 95 percent of approved treatments by Pfizer-BioNTech and Moderna. But comparison is difficult because the first two vaccines were tested before the emergence of variant viruses, some of which appear somewhat resistant to treatments.

The J&J vaccine is based on a different technology from currently approved RNA vaccines, using a neutralized adenovirus to deliver DNA containing instructions for the coronavirus’ spike protein into the body. That causes the body to produce spike protein and generates an immune response that protects against the coronavirus. The single-dose vaccine, robust enough to be stored at higher temperatures than RNA vaccines, is thought to be an important addition to the vaccine arsenal and suitable for distribution in rural areas and developing nations, which may be far from deep freezers needed to store RNA vaccines.

The trial was funded by the federal government’s Biomedical Advanced Research and Development Authority (BARDA) and the National Institutes of Health.

The Gazette spoke with Barouch , who is the William Bosworth Castle Professor of Medicine and director of BIDMC’s Center for Virology and Vaccine Research, about the trial results, the potential for improved results after a second dose, and his thoughts about the ever-changing pandemic.

BAROUCH: I think the most significant finding is the ability of the vaccine to protect against severe disease, hospitalizations, and deaths, not just in the United States, but throughout the world.

GAZETTE: And that would be 85 percent protection?

GAZETTE: And the protection against severe disease improved over time, through day 49?

GAZETTE: How concerning is the lower efficacy in the South Africa results?

BAROUCH: We’ve learned over the last month that there are viral variants that have emerged and actually are now the dominant population of viruses in South Africa, [where] over 95 percent of circulating viruses are a variant that shows partial resistance to antibodies. So we were very concerned about whether we would see any efficacy at all in South Africa and seeing — it was actually 89 percent efficacy against severe disease in South Africa — [it] was really an astonishing result. We’re very happy about that because it shows that at least this vaccine now has proven efficacy against not just the virus that has been circulating, but also the new variants that are partially resistant and are already present in the United States and are dominant viruses elsewhere.

GAZETTE: Are there any implications of that finding about the South Africa variant for other variants that are also circulating?

BAROUCH: We know that there are different variants circulating in Brazil, in South Africa, in the United States, as well as a new variant in California, and probably many others that we don’t know about. And the vaccine showed very robust protection against severe disease in all geographic regions studied.

BAROUCH: The trial will go on for two years so we will generate a lot more data. We will also generate more placebo-controlled data until the FDA grants emergency-use authorization. So there will be additional formal data to see whether the efficacy continues to improve over the next month or so.

GAZETTE: Can this vaccine be tweaked should the variants get to a point where the efficacy is unacceptably low, or would you need to start over?

BAROUCH: Nucleic-acid vaccines, including the RNA vaccines as well as the vector vaccines, are particularly well-suited for revision over time. All you need to do is make a tweak of the genetic sequence of the insert. It’s a relatively straightforward process to remanufacture the vaccine with those circumstances. So does it take effort? Yes, but it certainly will be much easier to revise the vaccines than to develop them initially.

GAZETTE: And is that a matter of weeks to months?

GAZETTE: Do you have a sense of the regulatory regimen the revised vaccine would have to go through?

BAROUCH: I believe the regulatory plans for revised vaccines are not fully established yet but my expectation is that there will be some requirement and some limited testing, but probably not the same extensive degree of testing as the first time around.

GAZETTE: Do you expect at some point to have to do this?

BAROUCH: I believe that all vaccine manufacturers have thought seriously about it, and in many cases have started preparing vaccine candidates based on the sequence from South Africa.

GAZETTE: Are you doing that?

BAROUCH: We are looking at that very closely now.

GAZETTE: Is Johnson and Johnson doing a two-dose trial? And if so, do you expect that to boost the efficacy numbers?

BAROUCH: Yes. The results reported today are the results from a single-shot trial. We have a second phase 3 study that’s ongoing, it’s currently still enrolling, and it’s a two-shot version of the vaccine. So the question is: Will the two-shot version of the vaccine be better than the current single-shot vaccine? We know that a single-shot vaccine has enormous practical and logistic advantages. I mean, who wouldn’t rather have a once-and-done vaccine than one where you have to go back for a booster shot three or four weeks later? But we also know that a second shot of this vaccine can substantially increase the antibody responses by at least three- to fourfold. And so it is very likely that a two-dose version of this vaccine will have higher efficacy. And quite honestly, we’ll just have to look at the numbers when they come out. If it’s a marginal increase, then the one-shot vaccine is the way to go because of its convenience. If the two-shot vaccine really has a substantial increase in efficacy, then it will really be dealer’s choice. And some people might prefer to get a two-shot version or some people might prefer to get a one-shot version.

GAZETTE: How do you feel today, having done this marathon work over the last year and seeing positive results in humans?

BAROUCH: We’re tremendously excited about the positive results of the efficacy trial announced today. We’re excited primarily because we think that it’s going to be a very useful addition to the global fight and the national fight here in the U.S. against this pandemic.

GAZETTE: Did you open a bottle of champagne in your lab or are you still too busy for that?

BAROUCH: There will come a time for celebration, probably after everybody’s vaccinated.

GAZETTE: If you look at the overall pandemic landscape, it seems like in the last couple of weeks, it’s shifted with these variants. What’s your sense of where we are right now and how far there is to go?

BAROUCH: The emergence of these variants that are in some cases more contagious and in some cases partially resistant to antibodies and in some cases both is extremely worrisome, and suggests that it’s going to be much harder to end the pandemic than we thought two or three months ago. It’s also clear that these variants can reduce the efficacy of vaccines and so we are particularly delighted that the results released today show a high level of efficacy of this vaccine against COVID-19 plus the variants that are circulating right now. And therefore, we think this vaccine has a role to play in combating the pandemic here now.

GAZETTE: If we can get enough people vaccinated fast enough, can we get ahead even of these variants?

BAROUCH: Well, the hope is that we can vaccinate people as quickly as possible. And for that reason, having another vaccine to increase vaccine supply is very, very important so that we can increase the vaccination rate and increase the pace of the vaccine campaign. Because as long as we have unchecked viral replication, as long as we have a pandemic that’s out of control, then we will see the continued emergence of new and potentially even more worrisome viral variants. So the emergence of these viral variants over the last several months increases the importance of vaccinating people as quickly as possible. Because the goal of vaccination has always been to protect the individual and to provide herd immunity for the society, but now there’s another reason. We need to get people vaccinated to help prevent the emergence of viral variants that could potentially complicate vaccine control of the pandemic. It’s a more complicated pandemic today. Right now, we have a pandemic with multiple variants that are more contagious and partially resistant to antibodies. We didn’t have that a few months ago. 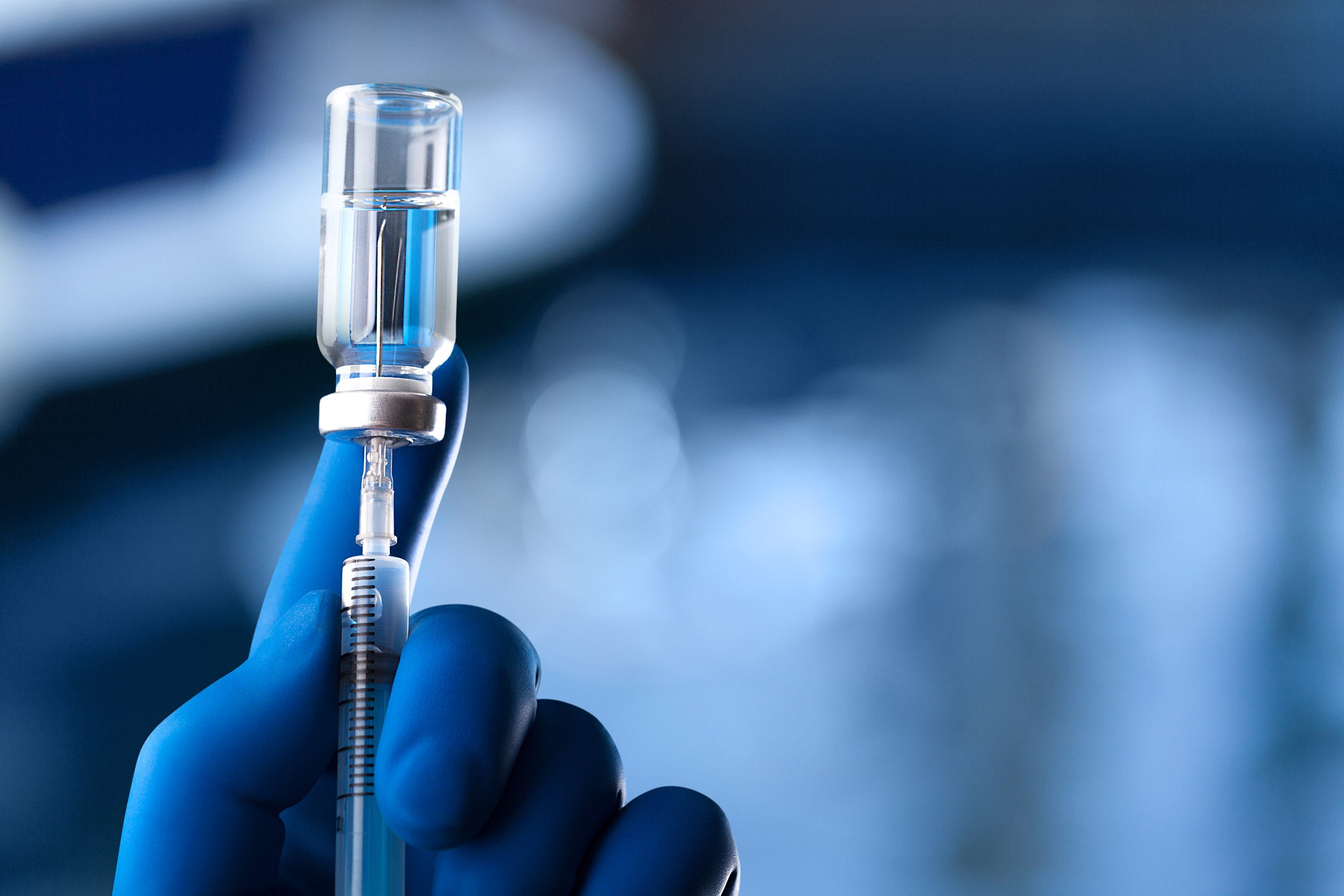 Vaccines should end the pandemic, despite the variants, say experts