How Should the History of Race, Slavery Be Taught in America?

How history should be taught in American schools is a subject forcefully argued by many different American groups.

One example of the ongoing dispute was an effort by the administration of former President Donald Trump. It sought to influence the way American history, including slavery and race, are discussed in public schools and universities.

In November of 2020, Trump ordered the Department of Education to establish a group called the 1776 Commission. Its stated job was to “better enable rising generations to understand the history and principles of the founding of the United States in 1776.”

However, critics said the group told a one-sided story about the men who helped establish the United States — known as the Founding Fathers. They argued the commission told schools to reduce the importance of slavery when telling the story of the early days of the country. The commission released its report on January 18. The Trump administration hoped it would provide guidance about history teaching in the country.

But, critics said it insulted many ideas of education. David Blight is a Civil War historian at Yale University. He called the document produced by Trump’s commission “a piece of right-wing propaganda.”

Observers noted that the report seemed to be an answer to The 1619 Project. It is a series of stories published in 2019 in the New York Times newspaper. The stories are about the influence of slavery on the British colonies that would become the United States.

The New York Times collection was released during the 400th anniversary of the year historians believe slaves were first brought to the area that would become the United States.

The stories talked about how African slaves provided free labor in some colonies. The writers argued that slaves made the agricultural economy one of the most productive in the world. They said that slavery began hundreds of years of racism and poor conditions from which Black people have yet to fully recover.

The 1619 Project won the Pulitzer Prize and resulted in a podcast. The New York Times said it looks at how slavery started “nearly everything that has truly made America exceptional.”

President Joe Biden cancelled the 1776 Commission with an executive order on the first day of his presidency, January 20. However, state leaders who supported the commission still want to influence how public school teachers and public universities discuss the effects of slavery and racism.

What should teachers teach?

In the state of Georgia a lawmaker asked the leader of the state’s university system to investigate how teachers talk about “white privilege.” White privilege is a term used to describe the advantages that come just from being white in American society.

The term appeared a lot in the summer of 2020 after protests over racial equity took place following the death of George Floyd. He was a Black man who died while being restrained by police in Minneapolis, Minnesota.

Lawmakers in Georgia asked the state university system to survey its professors on the issue of white privilege. English professor Matthew Boedy teaches at the University of North Georgia. He saw the survey. He said it is designed to intimidate professors and called it “an attack on higher education.”

The debate is not only in Georgia. States including Arkansas and Iowa are dealing with the same issues. Representative from Arkansas Mark Lowery called slavery “a dark stain” on U.S. history. But said, the New York Times series reduced the importance of Founding Fathers like George Washington and Thomas Jefferson, who were slave owners.

Some high school teachers are using the educational plans that go with the New York Times project to provide their students with a new understanding of slavery. Jonathan Rogers is an English teacher in Iowa. He said The 1619 Project is valuable. It helped his students think about “different sources or alternative storytelling,” he said.

One proposal in Oklahoma calls for teachers to lose their jobs if they teach “divisive” issues. In South Dakota, the governor proposed adding almost $1 million to the state’s budget to make sure schools teach that the U.S. is “the most unique nation in the history of the world.”

Tate Reeves is governor of Mississippi. He proposed $3 million to fight against what he called revisionist history, or the changing of traditional historic accounts. He said teachers around the U.S. have placed attention on what he called “America’s shortcomings over the exceptional achievements of this country.”

Arkansas’s governor Asa Hutchinson said what is taught in schools is something that should be dealt with by parents, not by the state.

Andrew DeMillo of The Associated Press wrote this story. Dan Friedell adapted it for Learning English. Mario Ritter, Jr. was the editor.

What do you think of this story? We want to hear from you. Write to us in the Comments Section and visit our Facebook page.

principle –n. a moral rule or belief that helps people know what is right and wrong, and that influences their actions

founding –n. the time when something is established or created for the future

advantages – n. something (such as a good position or condition) that helps to make someone or something better or more likely to succeed than others

survey- v. to ask (many people) a question or a series of questions in order to gather information about what most people do or think about something

intimidate- v. to make (someone) afraid

stain –n. something that causes people to have less respect for someone

alternative –adj. not usual or traditional

unique –adj. used to say that something or someone is unlike anything or anyone else

achievement –n. something that has been done or achieved through effort : a result of hard work 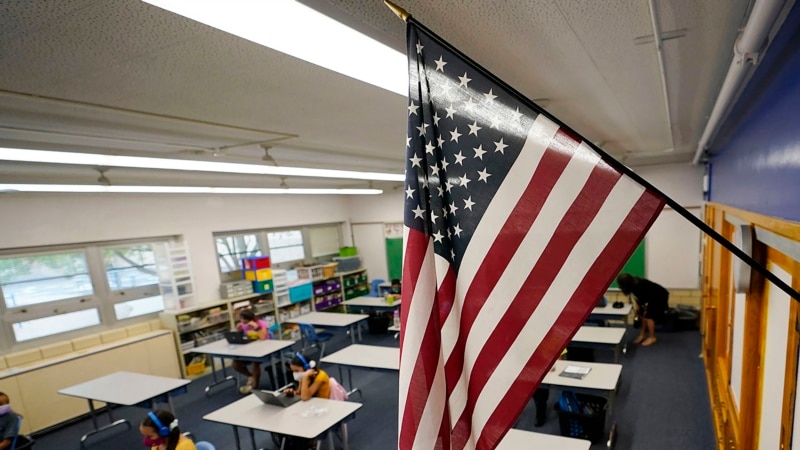 The Sound of a Foreign Word Caused Debate on US Campus