Watch: Jumping ants duel with antennae after the queen dies

After their queen dies, Indian jumping ant workers brawl for a month to find a new leader. Researchers say they can predict who'll win by day three.

Changes in behavior and gene expression show which worker will come out on top in the first days of a month-long battle between worker ants to establish new leadership after their queen dies, researchers report.

“Despite prolonged social upheaval in ant colonies following the loss of the queen, the winners of these dueling tournaments are rapidly determined,” says Claude Desplan, a professor of biology at New York University.

“Our findings may provide clues on adaptability in reproduction and aging, given that the workers who win the duel, or ‘pseudoqueens,’ gain the ability to lay eggs and live much longer than the average worker ant. This suggests that changes in the environment are able to dramatically affect the structure of a society.”

The caste system in social insects creates a division of labor , with insects specialized to perform particular tasks. The queen is responsible for reproduction, while workers maintain the colony—caring for the young, foraging and hunting for food, cleaning, and defending the nest.

In many insect societies, when the queen dies, the entire colony dies along with her due to the lack of reproduction. However, in Indian jumping ants ( Harpegnathos saltator ), “caste switching” occurs after the queen’s death. While the queen is alive, she secretes pheromones that prevent female worker ants from laying eggs, but when she dies, the workers sense the lack of pheromones and begin fighting each other to take on the top role.

The ants engage in dueling tournaments, striking each other with their antennae in matches that can last more than a month. While most ants quickly return to their usual work during the tournament, the winners become pseudoqueens—also known as gamergates—and acquire new behaviors and roles. Through this transition, their life expectancy dramatically increases (from seven months to four years) and they begin laying eggs, allowing the colony to survive.

In their study, the researchers explored changes in the Indian jumping ants’ social behavior and accompanying changes in gene expression during the early stages of the worker-to-pseudoqueen transition.

They found that, as early as after three days of dueling, the winners can be accurately predicted solely based on the dueling behavior. The workers who triumphed and became pseudoqueens had much higher levels of dueling—sparring roughly twice as much in the first five days—while the others who remained workers dueled less and went back to performing other tasks such as cleaning and hunting.

“Despite the fact that dueling tournaments last for several weeks, we were able to anticipate which ants would become pseudoqueens in only three days,” says Comzit Opachaloemphan, a doctoral student in the Department of Biochemistry and Molecular Pharmacology at NYU Grossman School of Medicine and one of the study’s lead authors.

Comparing biological samples and gene expression from dueling versus non-dueling ants, the researchers then determined the changes associated with the worker-to-pseudoqueen transition. Molecular analyses revealed that the brain may be driving the dueling and early caste determination in the ants, with other tissues taking cues from the brain.

The researchers found that the first genes to respond to the loss of the queen were in the brain, suggesting that the lack of queen pheromones perceived by the olfactory system affects brain neurohormonal factors. These changes in the brain then lead to altered social behavior and hormone-mediated physiological changes in other parts of the body, including the ovaries.

“Both behavioral and molecular data—especially changes in gene expression in the brain—show us that new pseudoqueens are quickly determined after a colony’s social structure has been disrupted by the loss of the queen,” says study author Danny Reinberg, a professor in the biochemistry and molecular pharmacology department at the Grossman School of Medicine, as well as an investigator for the Howard Hughes Medical Institute.

The research appears in the journal Genes & Development .

Support for the research came from a Howard Hughes Medical Institute Collaborative Innovation Award, the National Institutes of Health, EMBO, and the Human Frontier Science Program.

The post Watch: Jumping ants duel with antennae after the queen dies appeared first on Futurity . 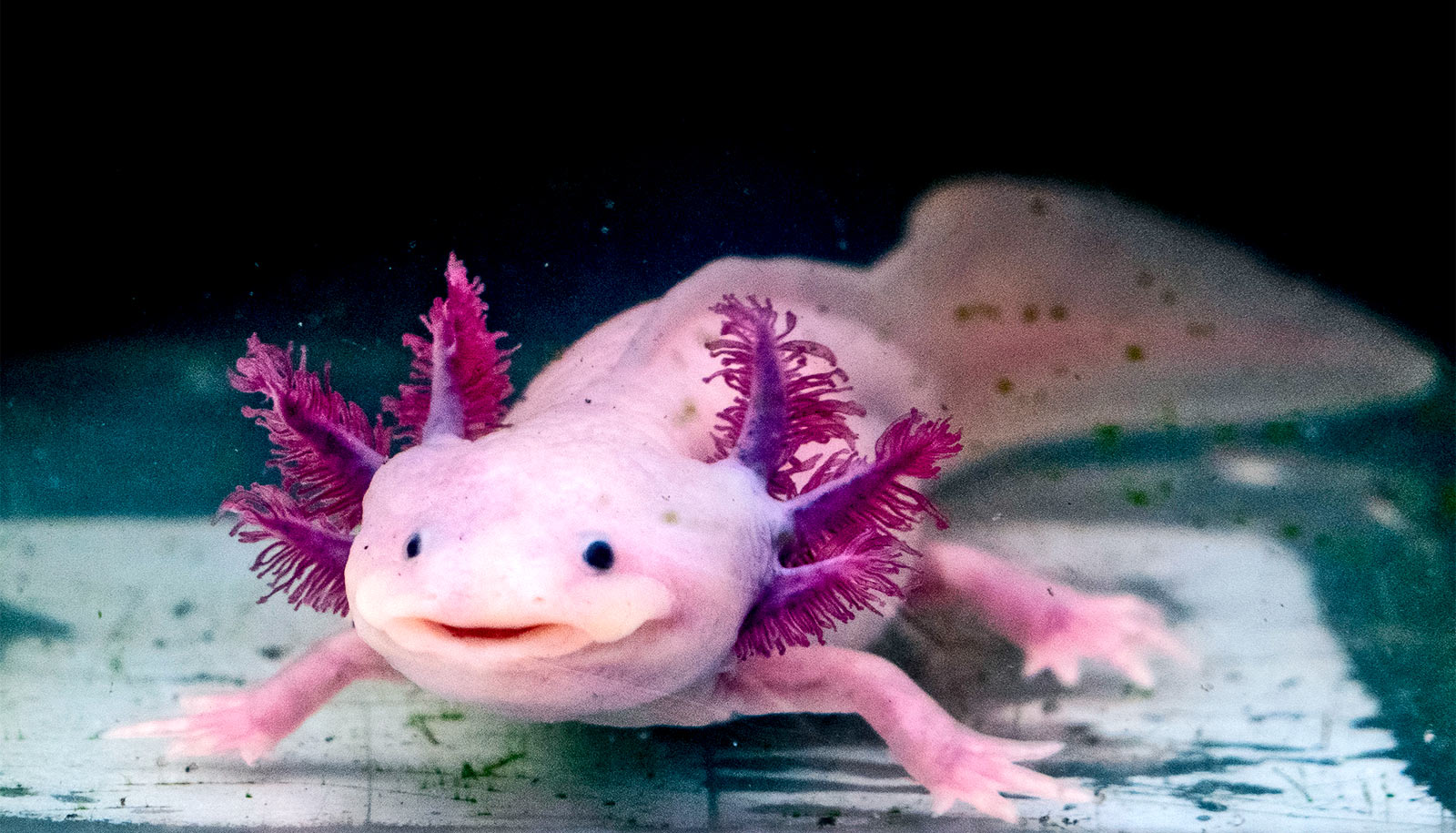