How did the dinosaurs die? Dust may solve the case

New clues may finally have solved the case of how the dinosaurs went extinct, dating their doom to 66 million years ago, researchers report.

Researchers believe they have closed the case of how the dinosaurs died off.

Their new work definitively links dinosaurs’ extinction with an asteroid that slammed into Earth 66 million years ago via a key piece of evidence: asteroid dust inside the impact crater.

Death by asteroid rather than by a series of volcanic eruptions or some other global calamity has been the leading hypothesis since the 1980s, when scientists found asteroid dust in the geologic layer that marks the extinction of the dinosaurs.

This discovery painted an apocalyptic picture of dust from the vaporized asteroid and rocks from impact circling the planet, blocking out the sun and bringing about mass death through a dark, sustained global winter—all before drifting back to Earth to form the layer enriched in asteroid material that’s visible today.

In the 1990s, the connection was strengthened with the discovery of a 125-mile-wide Chicxulub impact crater beneath the Gulf of Mexico that is the same age as the rock layer. The new study seals the deal, researchers say, by finding asteroid dust with a matching chemical fingerprint within that crater at the precise geological location that marks the time of the extinction.

“The circle is now finally complete,” says Steven Goderis, a geochemistry professor at the Vrije Universiteit Brussel, who led the study in Science Advances .

The study is the latest to come from a 2016 International Ocean Discovery Program mission that collected nearly 3,000 feet of rock core from the crater buried under the seafloor. Research from this mission has helped fill in gaps about the impact, the aftermath, and the recovery of life .

The telltale sign of asteroid dust is the element iridium—which is rare in the Earth’s crust, but present at elevated levels in certain types of asteroids. An iridium spike in the geologic layer found all over the world is how the asteroid hypothesis was born. In the new study, researchers found a similar spike in a section of rock pulled from the crater. In the crater, the sediment layer deposited in the days to years after the strike is so thick that scientists were able to precisely date the dust to a mere two decades after impact.

“We are now at the level of coincidence that geologically doesn’t happen without causation,” says coauthor Sean Gulick, a research professor at the University of Texas Jackson School of Geosciences who co-led the 2016 expedition with Joanna Morgan of Imperial College London. “It puts to bed any doubts that the iridium anomaly [in the geologic layer] is not related to the Chicxulub crater.”

The dust is all that remains of the 7-mile-wide asteroid that slammed into the planet millions of years ago, triggering the extinction of 75% of life on Earth, including all nonavian dinosaurs.

Researchers estimate that the dust kicked up by the impact circulated in the atmosphere for no more than a couple of decades—which, Gulick points out, helps time how long extinction took.

“If you’re actually going to put a clock on extinction 66 million years ago, you could easily make an argument that it all happened within a couple of decades, which is basically how long it takes for everything to starve to death,” he says.

The highest concentrations of iridium were found within a 5-centimeter section of the rock core retrieved from the top of the crater’s peak ring—a high-elevation point in the crater that formed when rocks rebounded then collapsed from the force of impact.

The iridium analysis was carried out by labs in Austria, Belgium, Japan, and the United States.

“We combined the results from four independent laboratories around the world to make sure we got this right,” says Goderis.

In addition to iridium, the crater section showed elevated levels of other elements associated with asteroid material. The concentration and composition of these “asteroid elements” resembled measurements taken from the geologic layer at 52 sites around the world.

The core section and geologic layer also have earthbound elements in common, including sulfurous compounds. A 2019 study found that sulfur-bearing rocks are missing from much of the rest of the core despite being present in large volumes in the surrounding limestone. This indicates that the impact blew the original sulfur into the atmosphere, where it may have made a bad situation worse by exacerbating global cooling and seeding acid rain.

Gulick and colleagues at the University of Texas Institute for Geophysics and Bureau of Economic Geology plan to return to the crater this summer to begin surveying sites at its center, where they hope to plan a future drilling effort to recover more asteroid material.

The post How did the dinosaurs die? Dust may solve the case appeared first on Futurity . 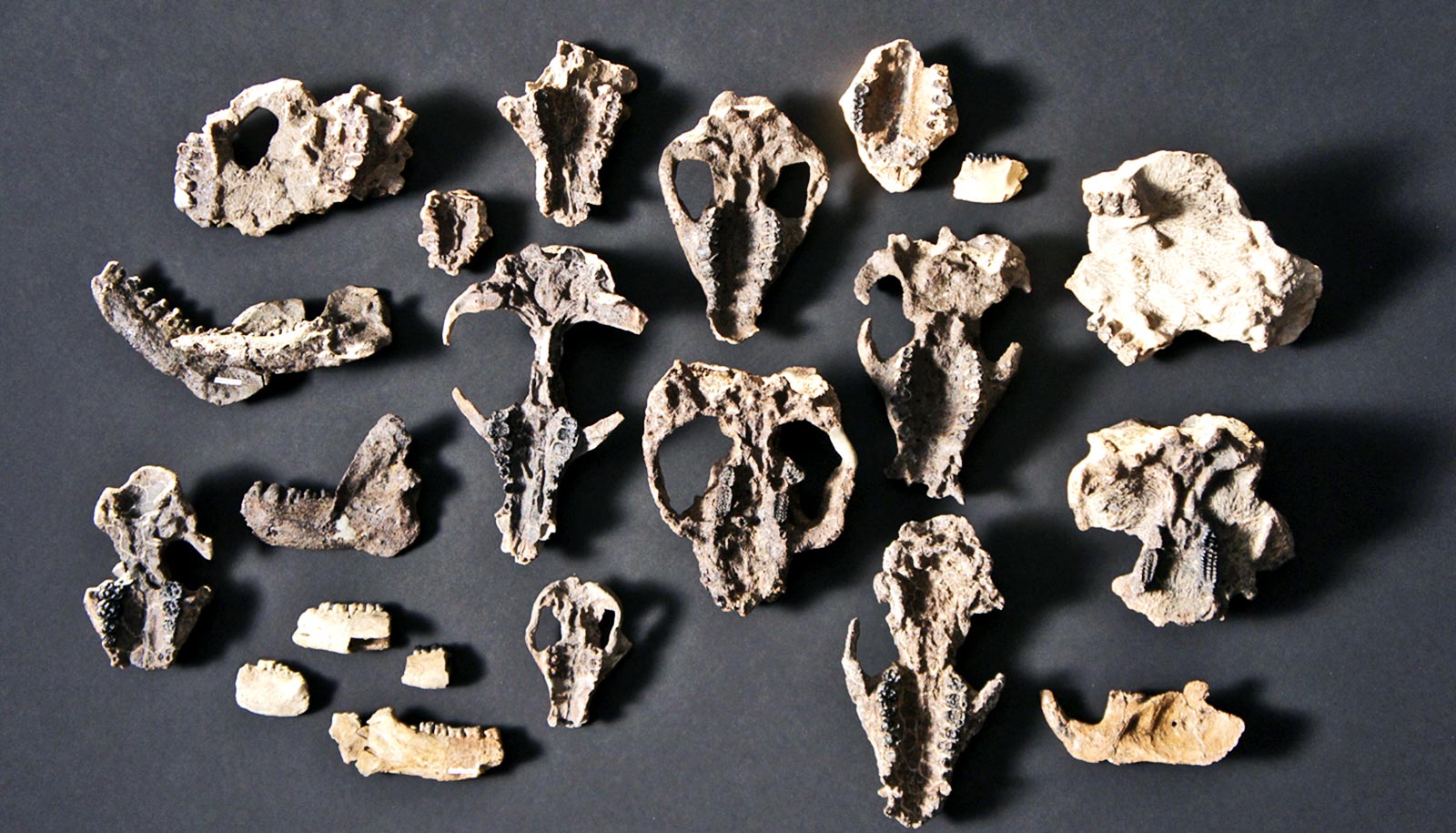 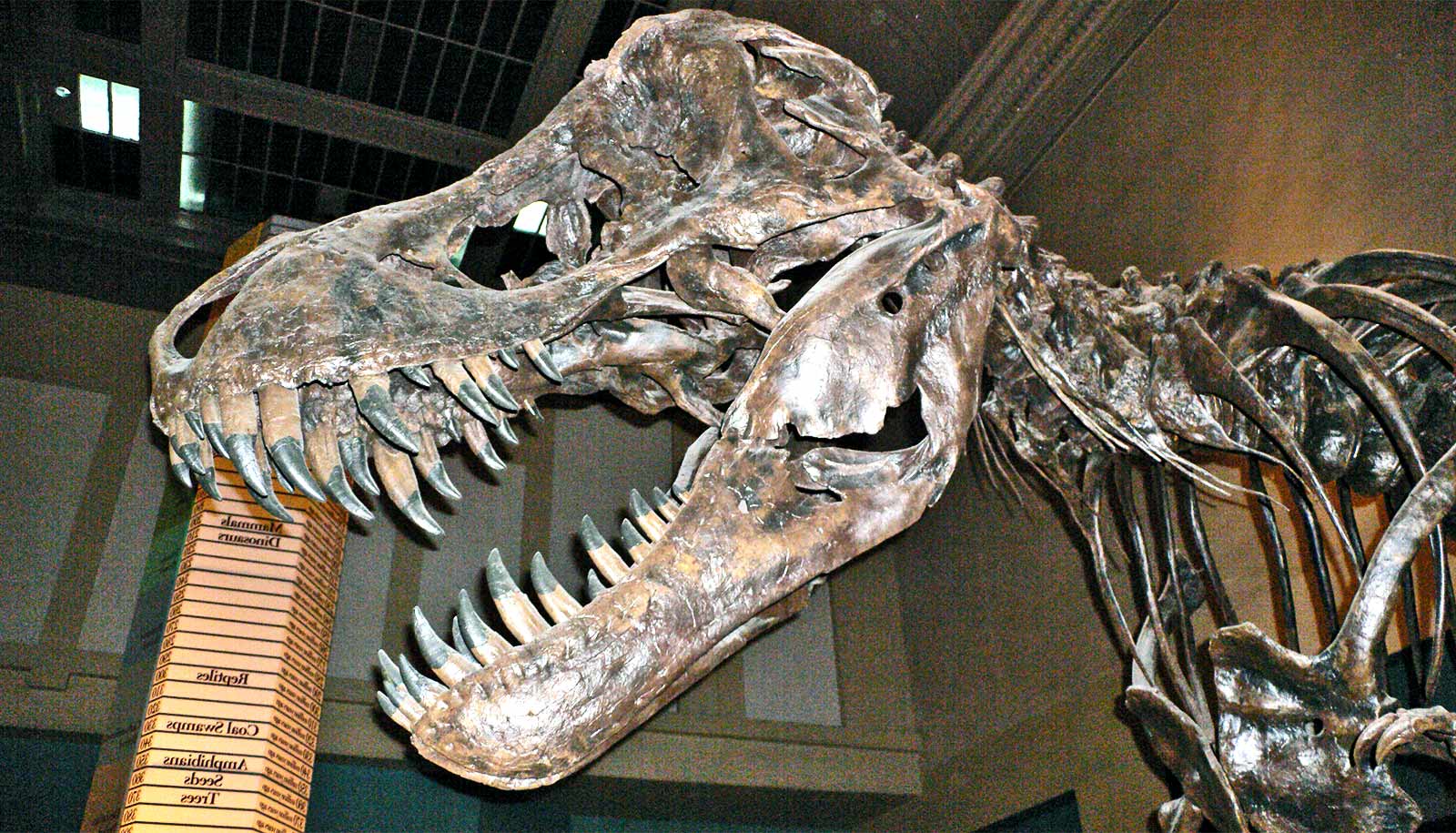