New research challenges the idea that Laki caused years of extreme weather in Scotland and has implications for how we deal with sudden, forced climate change today.

On June 15 1783, Dr John Purcell went outside his house in Edinburgh, looked up at the clouds and wrote in his diary how dark and gloomy the sky was. The dark skies, he reported, continued for seven days followed by two or three days of fine weather. Then, on June 25 he began to describe the presence of a choking sulphurous haze that lingered over Edinburgh for the rest of the summer.

Across Scotland, others were describing similar patterns of weather. At Gordon Castle in Morayshire, similar descriptions appear in an estate diary. In Aberdeenshire, Janet Burnet was recording in her farming diary how the leaves of her crops were withering and turning yellow, while on the estate of Henry, 3rd Duke of Buccleuch near Edinburgh, daily weather conditions were being measured with a thermometer, barometer and rain gauge.

What these people didn’t know was that on June 8, there had been a huge volcanic eruption at Laki in Iceland. As the world learned later, it was probably one of the largest outpourings of lava in the past 1,000 years, spewing out 42 billion tonnes of molten rock.

It not only released large volumes of volcanic ash into the atmosphere but also enormous amounts of sulphur dioxide aerosols – over 120 megatons according to some estimates . For comparison, the eruptions of 1783 were ten times the size of Iceland’s 2010 volcanic eruption of Eyjafjallajokull, which resulted in an aviation shutdown across Europe.

News did not reach Scotland for several weeks, when the first brief account was published in the July issue of The Scots Magazine. Later, 1783 came to be known in Gaelic as Bliadhne nan Sneachda Bhuidhe or “the year of the yellow snow”. Famines recorded as far away as Egypt and Japan have been attributed to Laki, while it has even been claimed that crop failures in Europe contributed to the outbreak of the French Revolution.

By the middle of July the choking haze had enveloped most of Europe. Throughout the summer, reports were widespread from many countries of thousands of people dying from respiratory illnesses.

What was always puzzling was that there was virtually no information known for Scotland during this time. Until now, apart from the Scots Magazine report a month after the eruption, the only published report was a brief reference from nearly a century ago of volcanic ash having fallen across parts of Caithness in 1783.

In our research we unearthed several undiscovered diaries and daily weather records for Scotland to reconstruct the patterns of weather and climate change that took place both before, during and following the eruption of the Laki volcano.

The Laki eruption threw columns of smoke and ash between nine and 13 kilometres into the atmosphere, with individual eruptions of flood lava taking place along a very large fissure in the Earth’s crust and continuing for almost nine months.

The sulphur that was released into the Earth’s atmosphere reacted with moisture in the air to produce sulphate aerosols. These gas compounds were then transported by prevailing winds across northern and central Europe. In effect, a very dilute form of sulphuric acid was circulating across the lower part of the Earth’s atmosphere during the summer of 1783 and it proved very difficult to shift.

Climate scientists have long known that major volcanic eruptions often emit enormous volumes of volcanic ash into the atmosphere and have the effect of blocking the Sun’s radiation and cooling the Earth’s climate. The eruption of Mt Tambora in Indonesia during April 1815 is a famous example, often referred to as “the year without a summer”.

From the perspective of past climate in Scotland, scientists have long debated whether the succession of cold winters that followed were a direct result of the Laki volcanic eruptions. Certainly, the snowy winters of 1783-84 and 1784-85 were two of the coldest Scottish winters of recent centuries. Historians have speculated that the severity of these two cold winters and the crop failures and livestock losses that accompanied them, only helped accelerate the pace of emigration to North America at this time.

Our analysis of these rare weather records from Scotland for this period paints a slightly different picture in the sense that we cannot demonstrate, as many have argued in the past, that the Laki eruptions by themselves caused immediate climate cooling across Europe. Instead, our studies suggest that the exceptionally cold winters were more likely to be the result of natural climatic variability.

The most important consequence of the Laki eruptions was by far the choking sulphuric haze in the atmosphere and the respiratory hazard that this presented. Thanks to the diaries, we now know that the haze blanketed eastern and northern Scotland during the summer and autumn of 1783 and certainly affected an area stretching from Inverness in the north to Edinburgh in the south. Most likely the haze was even more widespread.

No study of Scottish mortality has ever been conducted in respect of deaths caused by the sulphurous haze. Although now dormant, Laki and the eruptions of of Eyjafjallajökull in 2010 and Holuhraun in 2014 demonstrate that an eruption of similar dimensions could take place in Iceland in the future. Were this to happen, Scotland and the other countries of the British Isles could face a serious respiratory crisis.

We have shown that the weather conditions in the summer of 1783 represented almost a worst-case scenario of sustained high atmospheric pressure and the presence of an air mass capable of bringing the poisonous aerosols into contact with the Scottish population.

This raises the question of how to address a poorly known natural hazard that takes place relatively infrequently but which poses a potentially serious environmental threat. Clearly, this risk needs to be considered very carefully in health and safety planning. Thanks to Laki, the summer of 1783 can remind us of the significant impact that major volcanic eruptions can have on weather, climate and public health.

Alastair Dawson does not work for, consult, own shares in or receive funding from any company or organisation that would benefit from this article, and has disclosed no relevant affiliations beyond their academic appointment. 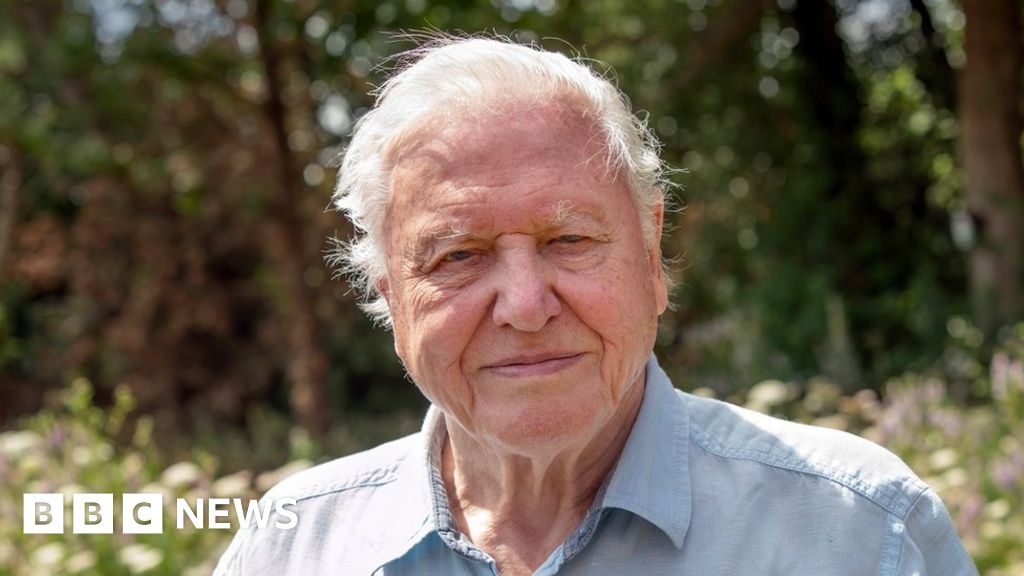 Attenborough on Biden and forces of nature 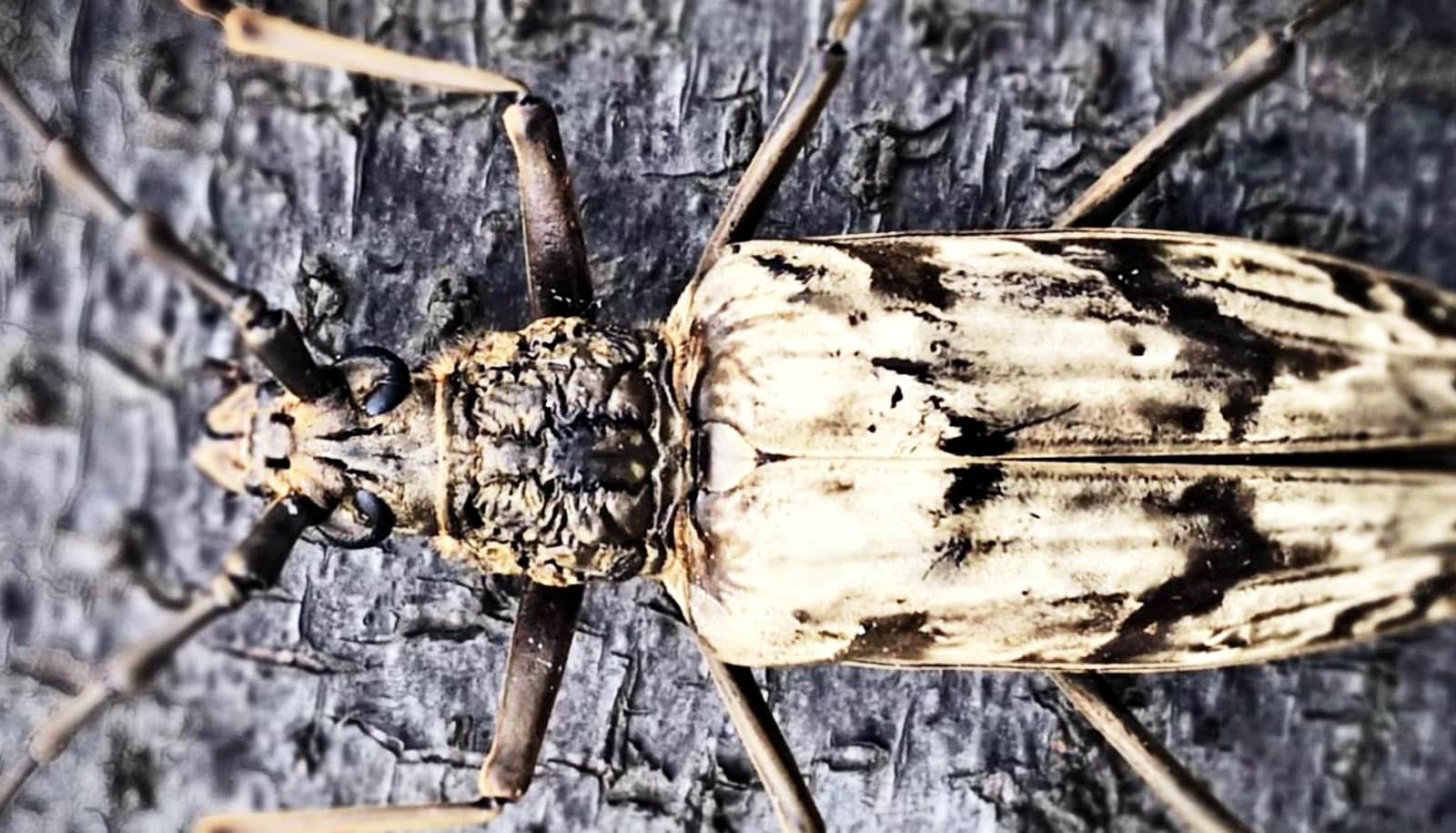