Once mistaken for a different species, reasearchers have confirmed that a frog found in a Florida backyard is actually the invasive tropical clawed frog.

Researchers have confirmed a clawed frog species in the Tampa area.

They don’t know yet whether it might spread to other areas of Florida.

In 2014, a resident of Riverview, just outside Tampa, found nonnative frogs on her property. In response, Jeff Hill, a professor of fisheries and aquatic sciences at the University of Florida/IFAS Tropical Aquaculture Lab (TAL) in nearby Ruskin, surveyed a bunch of ponds near the frogs and identified a breeding sight at a small stormwater runoff pond.

Hill thought the species was the African clawed frog. He even wrote a peer-reviewed paper about it, published in 2017. But new research shows the amphibian he saw was instead the tropical clawed frog, also known as the western clawed frog.

This marks the first report of this species of frog outside its native range in West Africa.

“The tropical clawed frog invasion represents yet another disturbance to Florida’s aquatic ecosystems, particularly those in southern Florida, which are already vulnerable due to habitat destruction, pollution, invasive species , and disease,” says study coauthor Christina Romagosa, a UF/IFAS research associate professor of wildlife ecology and conservation.

The new research appears in the Journal of Herpetology . It shows the importance of correctly identifying species—particularly those that are nonnative—for management purposes, says Romagosa.

For this study, researchers sampled 43 water bodies but only found frogs from 22 of them in the Tampa Bay area.

Though the African clawed frog and the tropical clawed frog are both nonnative to Florida, David Blackburn and members of his lab correctly identified the new invasion as the western clawed frog through DNA analysis and micro-CT scans.

“These two species look strikingly similar, with a slight difference in body size,” says Blackburn, curator of herpetology at the Florida Museum. “It can be difficult to distinguish them without the help of genetics or CT scans.”

As a rule, it takes a lot of money to control nonnative species. They cost the United States about $120 billion a year in damage and control. They cost Florida $45 million a year to manage.

The tropical clawed frog poses several concerns to scientists. For example, the species itself has spread at the local scale, and may spread throughout Florida, although there’s no evidence of how quickly the frogs will spread. If the species spreads, it may outcompete native frog species for food resources.

This species is also a generalist predator, and while it primarily eats aquatic invertebrates—namely insects—it will often eat other frogs’ eggs or tadpoles.

“We know that the species we initially thought this was—the African clawed frog—has invaded many other areas, including France, Portugal, California, Chile, Italy, and China, among others,” says Colin Goodman, who led the research for his master’s thesis.

As for the “clawed” part of the frog, they’re sharp but very small, so people need not fret over them, Goodman says.

Instead, the frogs use their claws to shred and break apart larger prey. Additionally, the frogs are almost entirely aquatic, so they only typically come on land to move from one pond to another. This means the chances of a person even encountering one in normal everyday activity is relatively low.

In addition, the tropical clawed frog may have the potential to spread disease, Goodman says. Many fungal and viral pathogens negatively impact amphibians in the United States.

He emphasizes that while it’s important to note the potential concerns with the tropical clawed frog, the potential for extensive population or disease spread in the current population in the Tampa Bay area is currently unknown. Thus, researchers are not claiming these things are going to happen.

Still, he says, “effective management of an invasion relies on the ability to make accurate predictions about the target species’ spread and impact.”

Hill and Quenton Tuckett, a research associate professor at TAL, are also coauthors of the paper. Additional researchers from the University of South Florida and the Florida Museum of Natural History contributed to the work. 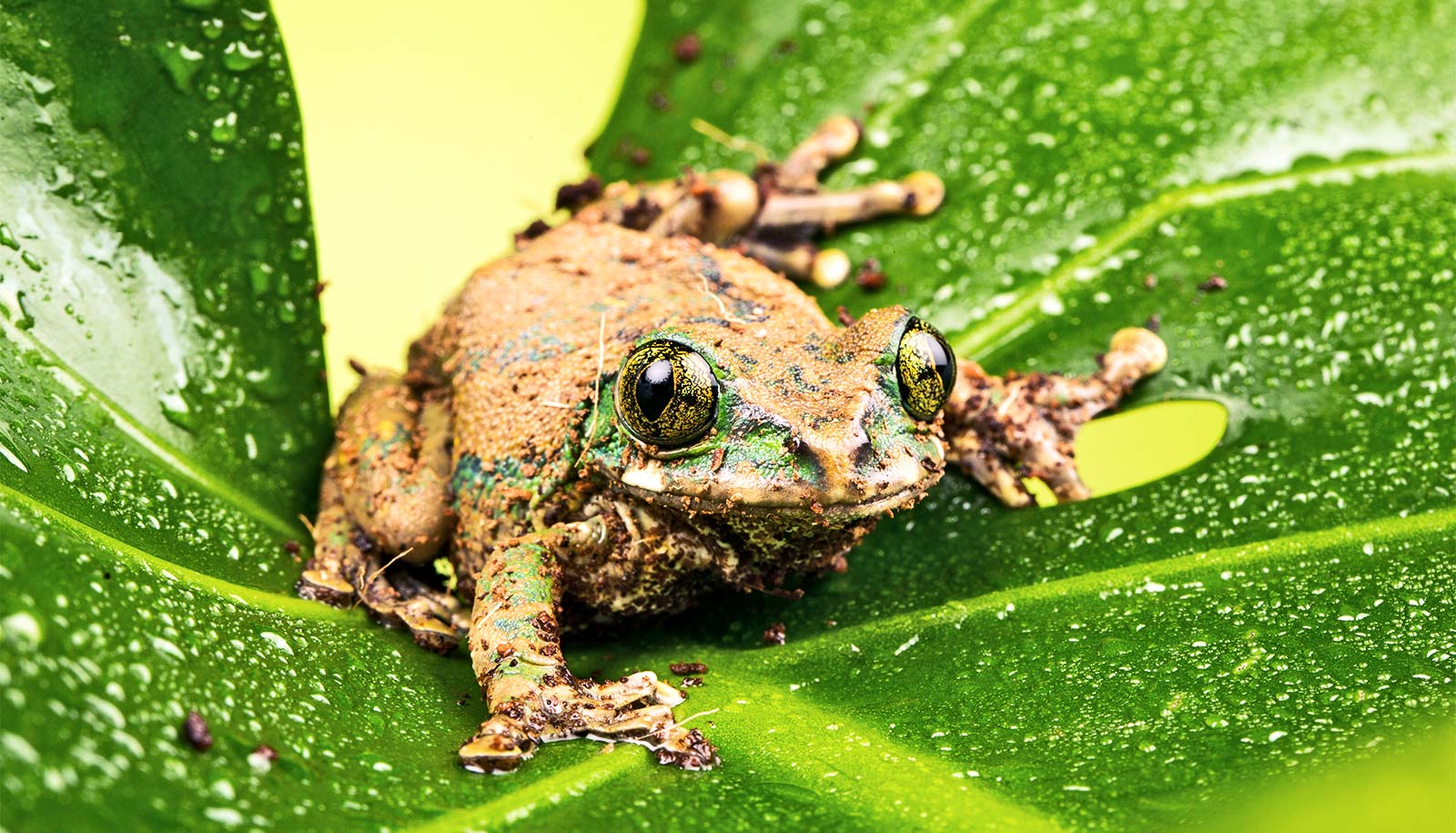 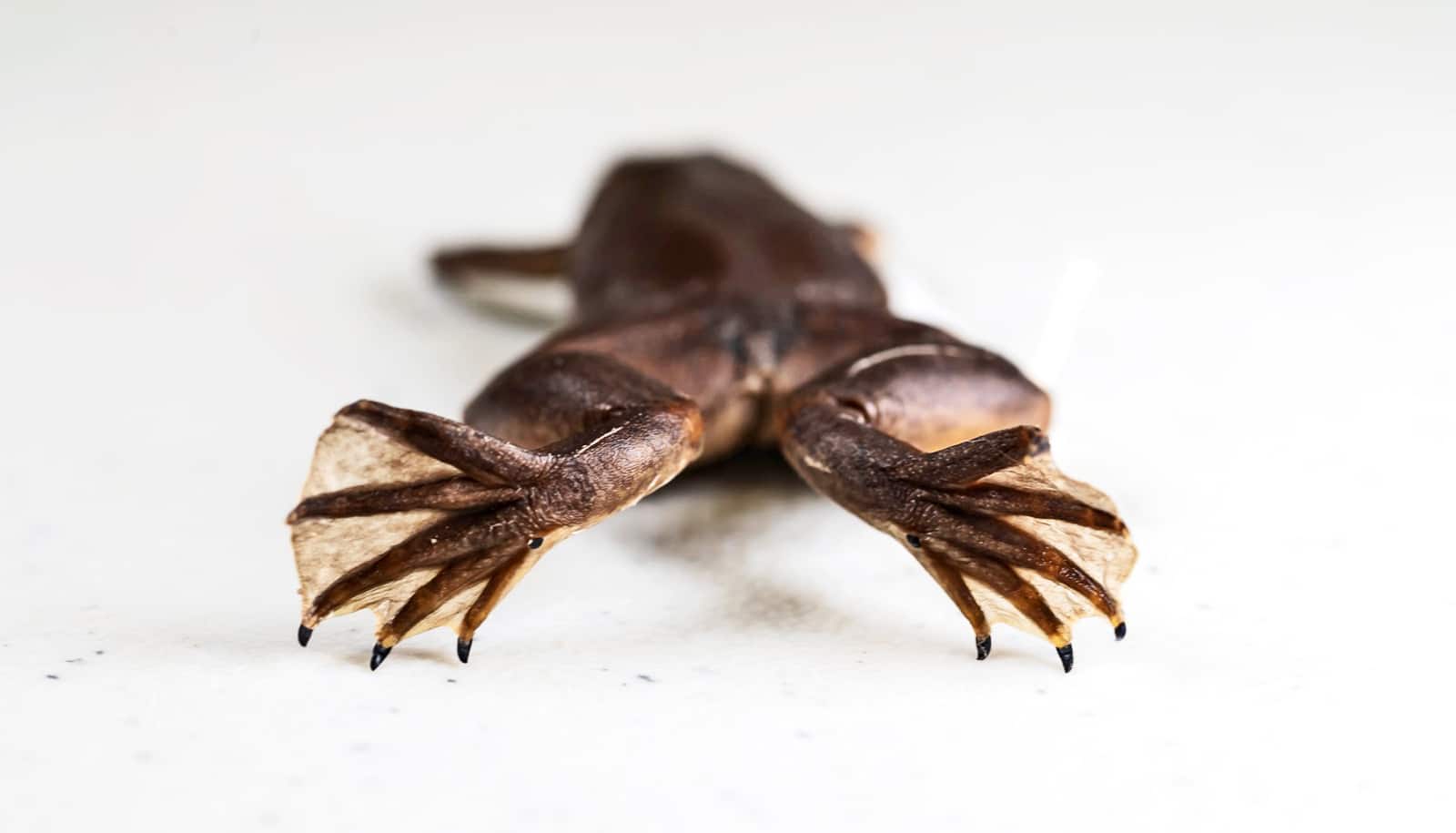