Birds may fight harder when there’s an audience

New research on the "audience effect" suggests Carolina chickadees and tufted titmice get more aggressive when other birds are watching.

Birds of both the same and different species will watch a fight and can influence the fighters, something called the “audience effect.”

An example of the audience effect in humans, when the audience can affect competitors, is a sports team’s home field advantage.

“Because the audience effect has been a focus of human research for so long, animal researchers started observing the same behavior in fish and birds and many other species,” says Katie Sieving, a professor at the University of Florida. “But until now, animal research on this topic nearly always considered audience effects to be a within-species phenomenon. For example, a male fighting fish might fight harder when a female watches the fight.”

To investigate whether the same effect occurred with multiple species in the audience, Sieving and a team of researchers considered two bird species that often share the same habitat, the tufted titmouse and the Carolina chickadee. Their findings, published in the journal Ecology and Evolution , show that it’s not just birds of the same feather that flock together around a fight.

“It’s pretty common to see aggressive interactions between individuals of the same species. Maybe two titmice start fighting, and we’d notice the cardinals and the jays would stay and watch,” says Sieving, a faculty member in the University of Florida Institute of Food and Agricultural Sciences (UF/IFAS) department of wildlife ecology and conservation.

“We’ve noticed these other species’ behaviors, but it didn’t click until this study that those other species could be influencing the fighters, as well.”

Sieving says birds in the same community frequently listen to one another to identify concerns for their own success, including habitat quality and alerts on nearby predators. Other species’ curiosity in intraspecies aggression could also be of interest, she adds.

“One of our ideas is that the birds coming in to watch the fight want to see how hard their local titmouse is willing to fight for the territory,” Sieving says. “The harder they fight, the more likely their own habitat in the same neighborhood is worth fighting for.”

“Concerning the effect of the diverse audiences on the aggressors, one of the most exciting findings was that the more species are present watching a titmouse engaged in a squabble, the harder the titmouse fights,” she continues. “A harder fight means you’re more conspicuous to local predators who may be watching but unseen, but if it draws other birds for the predator to eat instead of you—hawks and other predators have been documented to go for the largest prey available—then you’re safe and can make a lot of noise to defend your territory.”

To conduct the study, Sieving’s former student Jin Bai used locations throughout Gainesville, Florida, and nearby forested areas. After locating a “happily foraging” titmouse or chickadee, as Sieving described the species’ contented chirps, he would play a recording of either species’ distinct aggressive call and observe the reaction. According to the study, calls by the same species drew more aggressive and consistent reactions, but interspecies effects were also regularly observed.

“The titmouse and the chickadee are among the most vocally complex species,” Sieving notes as a reason for studying these species. “The signals they give are very contextualized. Their signals are different when they’re looking at a predator, or if they’re in a habitat that’s been degraded, or if they spot a feeder full of food. When these birds are chattering away, the other birds nearby likely benefit from the information they convey.”

And when birds hear and respond to other species signals concerning threats, good food sources, or aggressive neighbors, Sieving likens it to a person scrolling through their Twitter feed: Some tweets draw attention, and many times, it’s the nasty ones that get the most attention.

“Increasingly,” Sieving says, “I find parallels between behaviors in humans and birds, whose intelligence and sophistication should not be underestimated.”

The post Birds may fight harder when there’s an audience appeared first on Futurity . 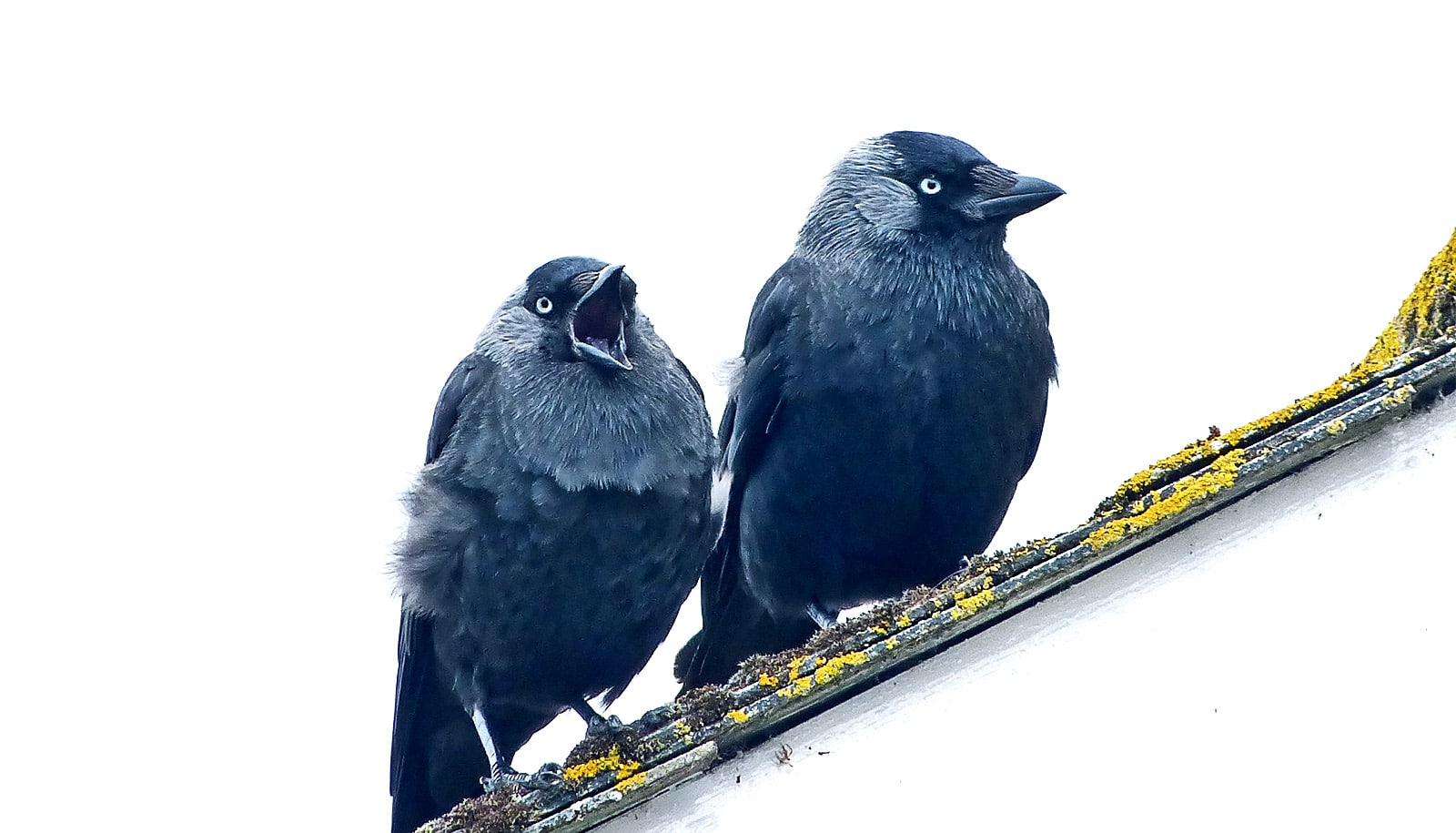 In flocks of birds, couples stick together 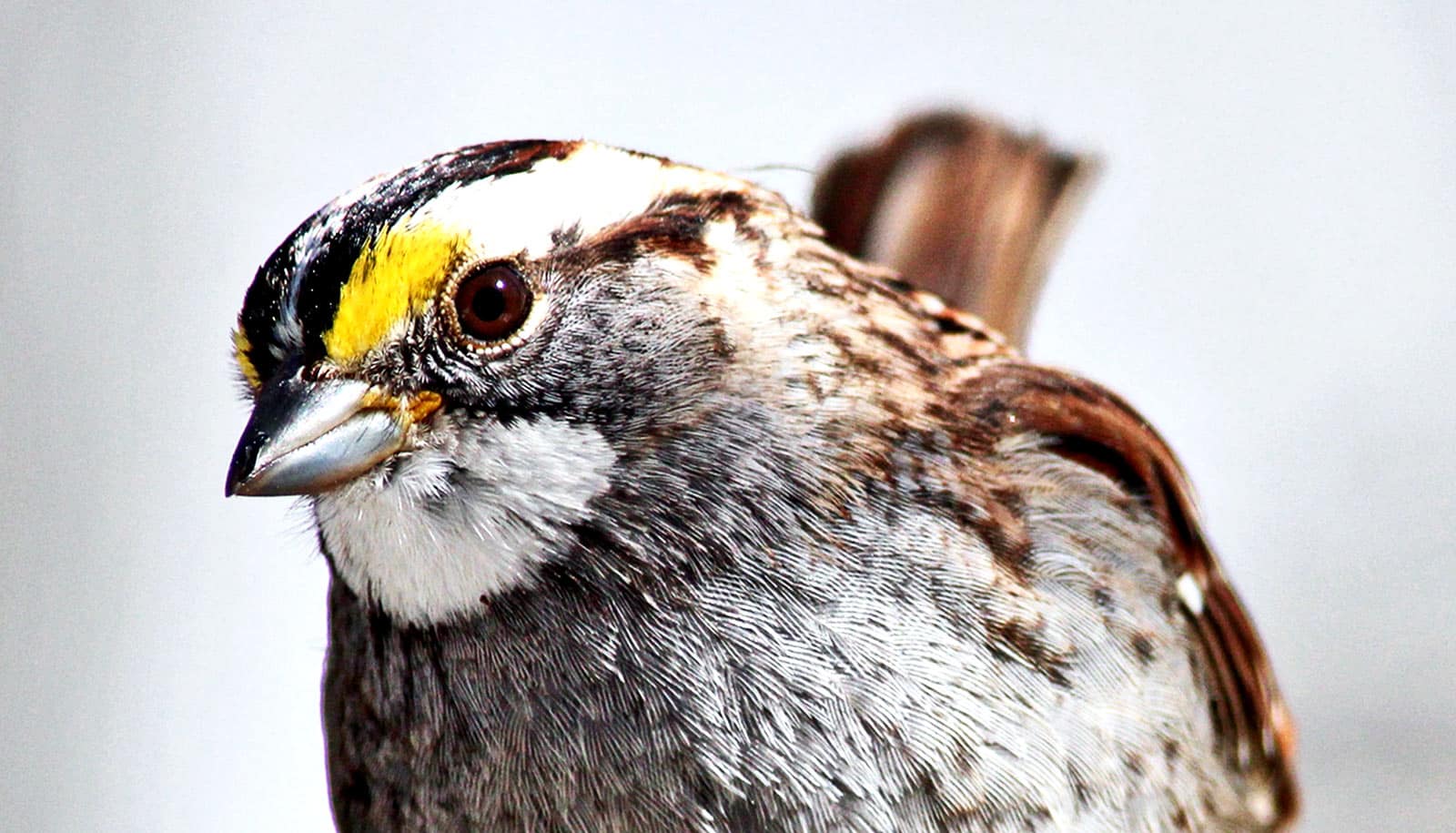