China says it has successfully launched the first part of a planned new space station it aims to complete by the end of 2022.

State media reported the module was carried to space Thursday by a Long March 5B rocket. It was built to house Chinese astronauts during stays of up to six months.

The module is called Tianhe, which means “Harmony of the Heavens” in Chinese. It is one of three main parts China plans to use to build its first self-developed, permanent space station.

Chinese officials have said 11 space missions will be necessary to complete the space station, which will orbit Earth at an altitude of 340 to 450 kilometers.

China’s President Xi Jinping praised the launch as “an important pilot project in the building of a powerful nation in both technology and in space,” state media reported.

China aims to become a major space power by 2030. It has been expanding its space program in recent years, with successful crewless missions to the moon and Mars.

In December, China landed its third spacecraft on the moon and said the vehicle successfully collected material from the lunar surface. The country also has a spacecraft orbiting Mars that is expected to land on the planet around the middle of next month.

The future of the aging ISS is currently unclear. The project is set to end in 2024 unless its international partners approve new financing to keep it going.

NASA officials have signaled that a continuation of the ISS beyond 2024 is likely. But its other main supporter, Russia, has said it is considering quitting the project as early as 2025 to build its own space station.

Earlier this month, the head of Russia’s space agency, Dmitry Rogozin, told the state-run Interfax news agency the country had been making plans to build its own space station. He added that the project would aim to launch into orbit by 2030 if Russian President Vladimir Putin approved the plan.

A new Russian space station would bring an end to more than 20 years of close cooperation between Russia and the United States. Russian cosmonauts have worked on the ISS with astronauts from the U.S. and 16 other countries since 1998.

Space has been one of the closest fields of cooperation between Russia and the U.S. Relations between the nations have worsened in recent years over human rights, cyberattacks and other issues.

Rogozin said Russia would be willing to consider permitting foreign crews to visit a new space station, but added, “the station must be national... If you want to do well, do it yourself."

The Associated Press and Reuters reported on this story. Bryan Lynn adapted the reports for VOA Learning English.  Hai Do was the editor.

module  – n. a part of an object that can operate alone, especially a part of a spacecraft

altitude – n. the height of something above sea level 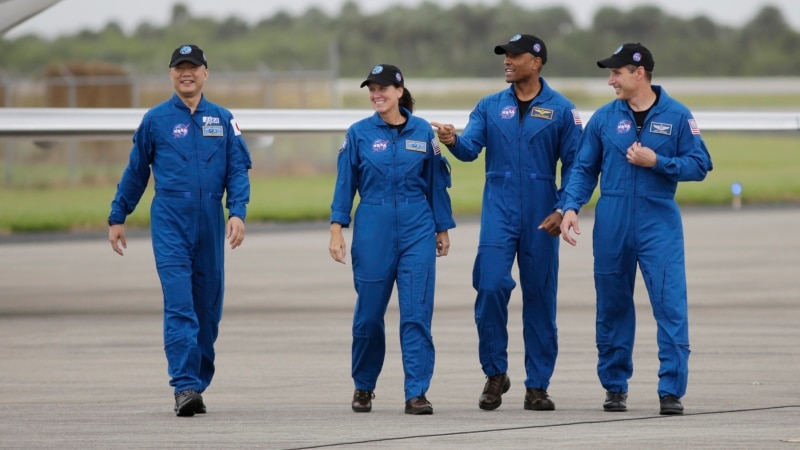 Astronauts Arrive in Florida to Prepare for Weekend Launch