Professor Kang-Kuen Ni and her team have collected real experimental data from an unexplored quantum frontier, providing strong evidence of what the theoretical model got right (and wrong) and a roadmap for further exploration into the shadowy next layers of quantum space.

A heart surgeon doesn’t need to grasp quantum mechanics to perform successful operations. Even chemists don’t always need to know these fundamental principles to study chemical reactions. But the workings of the atomic and subatomic world is fundamental to our lives and for Kang-Kuen Ni , the Morris Kahn Associate Professor of Chemistry and Chemical Biology and of Physics, exploring it is, like going into space, a quest to discover a vast and mysterious new realm.

Today, much of quantum mechanics is explained by Schrödinger’s equation, a kind of master theory that governs the properties of everything on Earth. “Even though we know that, in principle, quantum mechanics governs everything,” Ni said, “to actually see it is difficult and to actually calculate it is near-impossible.”

With a few well-reasoned assumptions and some innovative techniques, Ni and her team can achieve the near-impossible. In their lab, they test current theories about chemical reactions against actual experimental data to edge closer to a verifiable map of the laws that govern the mysterious quantum realm. And now, with ultracold chemistry — in which atoms and molecules are cooled to temperatures just above absolute zero, where they become highly controllable and more visible — Ni and her lab members have collected real experimental data from an unexplored quantum frontier, providing strong evidence of what the theoretical model got right (and wrong) and a roadmap for further exploration into the shadowy next layers of quantum space.

“We know the underlying laws that govern everything,” said Ni. “But because almost everything on Earth is made of at least three or more atoms, those laws quickly become far too complex to solve.”

In their study reported in Nature , Ni and her team set out to identify all the possible energy state outcomes, from start to finish, of a reaction between two potassium and rubidium molecules—a more complex reaction than had been studied in the quantum realm. That’s no easy feat: At its most fundamental level, a reaction between four molecules has a massive number of dimensions (the electrons spinning around each atom, for example, could be in an almost-infinite number of locations simultaneously). That very high dimensionality makes calculating all the possible reaction trajectories impossible with current technology.

The Ni lab group includes Jessie Zhang (front row, from left) and Kang-Kuen Ni; Will Cairncross (back row, from left), Kenneth Wang, and Lewis Picard. Ni (right) and postdoc fellow Matthew A. Nichols do a hands-on consult in their lab.

“Calculating exactly how energy redistributes during a reaction between four atoms is beyond the power of today’s best computers,” Ni said. A quantum computer might be the only tool that could one day achieve such a complex calculation.

In the meantime, calculating the impossible requires a few well-reasoned assumptions and approximations (picking one location for one of those electrons, for example) and specialized techniques that grant Ni and her team ultimate control over their reaction.

One such technique was another recent Ni lab discovery: She and her team exploited a reliable feature of molecules — their highly stable nuclear spin — to control the quantum state of the reacting molecules all the way through to the product, work they chronicled in a recent study published in Nature Chemistry . They also discovered a way to detect products from a single collision reaction event, a difficult feat when 10,000 molecules could be reacting simultaneously. With these two novel methods, the team could identify the unique spectrum and quantum state of each product molecule, the kind of precise control necessary to measure all 57 pathways their potassium rubidium reaction could take.

Over several months during the COVID-19 pandemic, the team ran experiments to collect data on each of those 57 possible reaction channels, repeating each channel once every minute for several days before moving on to the next. Luckily, once the experiment was set up, it could be run remotely: Lab members could stay home, keeping the lab re-occupancy at COVID-19 standards, while the system churned on.

“The test,” said Matthew Nichols, a postdoctoral scholar in the Ni lab and an author on both papers, “indicates good agreement between the measurement and the model for a subset containing 50 state-pairs but reveals significant deviations in several state-pairs.”

In other words, their experimental data confirmed that previous predictions based on statistical theory (one far less complex than Schrödinger’s equation) are accurate — mostly. Using their data, the team could measure the probability that their chemical reaction would take each of the 57 reaction channels. Then, they compared their percentages with the statistical model. Only seven of the 57 showed a significant enough divergence to challenge the theory.

“We have data that pushes this frontier,” Ni said. “To explain the seven deviating channels, we need to calculate Schrödinger’s equation, which is still impossible. So now, the theory has to catch up and propose new ways to efficiently perform such exact quantum calculations.”

Next, Ni and her team plan to scale back their experiment and analyze a reaction between only three atoms (one molecule is made of two atoms, which is then forced to react with a single atom). In theory, this reaction, which has far fewer dimensions than a four-atom reaction, should be easier to calculate and study in the quantum realm. Yet, already, the team has discovered something strange: The intermediate phase of the reaction lives on for many orders of magnitude longer than the theory predicts.

“There is already mystery,” Ni said. “It’s up to the theorists now.”

This work was supported by the Department of Energy, the David and Lucile Packard Foundation, the Arnold O. Beckman Postdoctoral Fellowship in Chemical Sciences, and the National Natural Science Foundation of China. 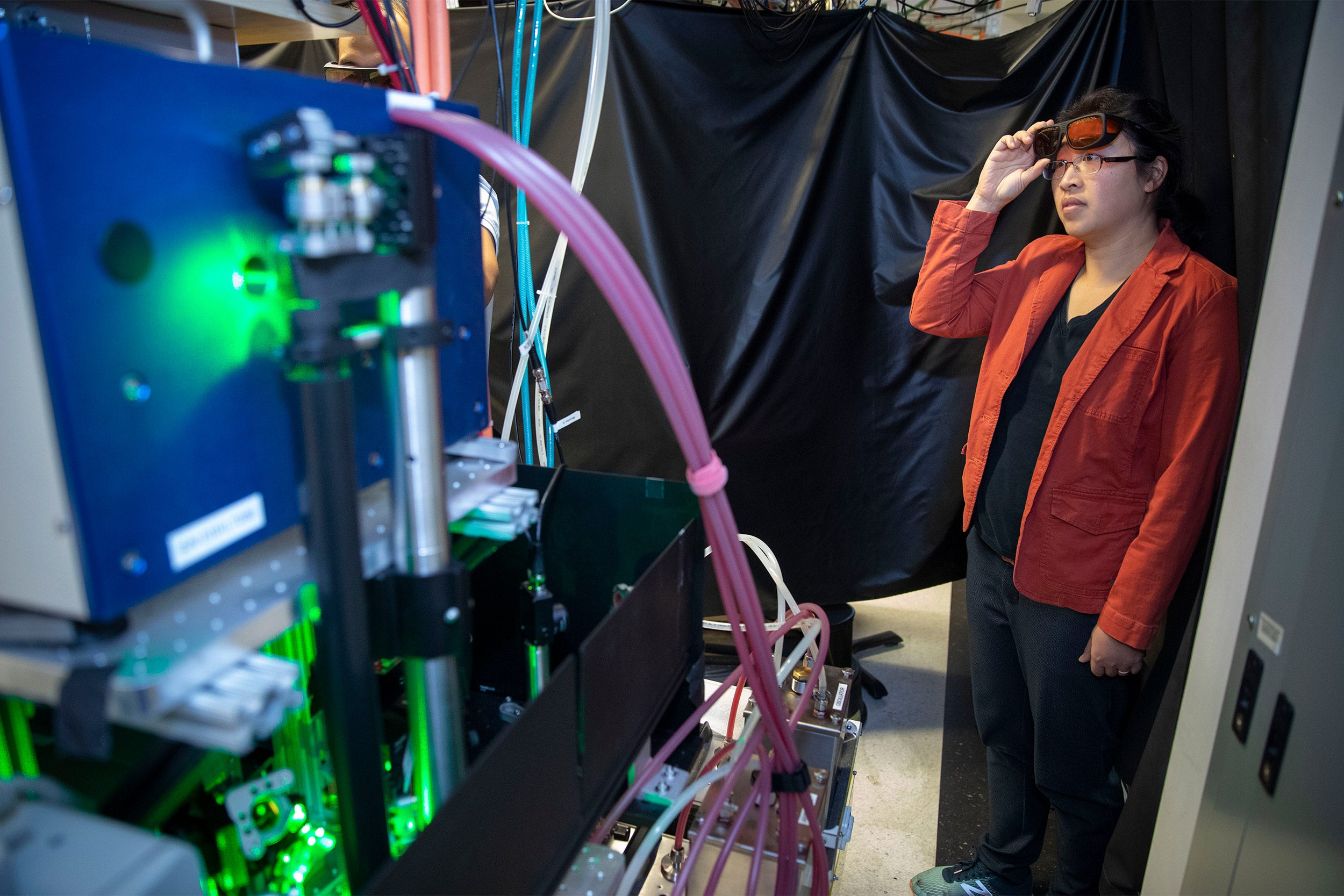 Ultracold environment offers a first look at a chemical reaction