A staggering 17,500 tree species are at risk of dying out.

One in three of the world’s tree species are at risk of becoming extinct , according to a recent report by the Global Tree Assessment – the first attempt to estimate the conservation status of all of Earth’s trees.

Well-known species, including magnolias, oaks and maples are among those at risk. More than 400 species have fewer than 50 individuals remaining in the wild, and 142 tree species are already extinct. Human activity is the overwhelming culprit, especially forest clearance for farming, logging for timber and the spread of invasive pests and diseases.

When myself and colleagues first came up with the idea of a worldwide assessment of tree species in 2015, it seemed like an impossible task. Back then, nobody even knew how many there were, let alone how they were all faring. The first task was to make a list of all tree species that have been described in scientific literature. It turns out there are nearly 60,000, most of which live in tropical forests, and scientists continue to describe new species each year.

We then had to determine which of these are under threat of extinction. Given the huge number of species, this was a much bigger task than any conservation assessment undertaken previously. We created a global network of more than 500 experts, each assessing the species they were most familiar with, and the report is the result of that enormous collaborative effort which took five years to complete.

There are twice as many threatened tree species globally than threatened mammals, birds, amphibians and reptiles combined. But trees are also food and habitat for at least half of the Earth’s known land-based plants and animals. Losing tree species can cause cascades of extinction among the many species that depend on them.

Trees are very valuable to people too. More than one-fifth are used as a source of food, fuel, timber or medicine. Others have important cultural and religious value . Worryingly, some of the most useful and significant species are among those facing extinction. Here are five of them.

Dipterocarps belong to a large family of timber trees, comprising 680 species , most of which are found in the tropical forests of south Asia. Related to hibiscus plants, most dipterocarps are tall with evergreen leaves and winged seeds. They are often the most abundant trees in the canopy of forests where they occur.

These trees possess high-quality timber, worth around US$170 per cubic metre (£123). Over US$3.5 billion worth of dipterocarp timber is exported each year from the island of Borneo alone, where 182 species are threatened with extinction, including the tallest known tropical tree, Shorea faguetiana .

Agarwood is fragrant and produces a highly valuable resin called aloes, used in perfumes and incense. It is one of the most valuable raw materials in the world, worth up to US$100,000 a kg and with a global trade valued at US$32 billion .

The production of this resinous wood is stimulated when these trees are attacked by a fungus. Overharvesting of the resin has led to more than 20 species being threatened, including the main source of agarwood, Aquilaria malaccensis .

Prunus africana has bark containing a range of compounds which can reduce inflammation, making it useful for treating a range of diseases, including malaria, kidney disease and prostate disorders. The international trade in the bark is valued at US$200 million , but overharvesting has meant this species is threatened throughout its range in central and southern Africa.

Swietenia macrophylla is one of the most valuable tropical hardwoods, valued for making furniture and musical instruments such as guitars. Mahogany wood is durable and has a beautiful colour. A single tree can be worth many thousands of dollars.

Native to the tropical forests of the Americas, mahogany was one of the first trees to be listed as an endangered species, owing to widespread illegal logging.

Taxus brevifolia is the source of the anti-cancer drug Paclitaxel, which has a global trade worth over US$100 million . Native to the Pacific Northwest of North America, this evergreen conifer is now categorised as Near Threatened by the International Union for the Conservation of Nature (IUCN), primarily because of logging. Other yew species, which are also a source of this drug, are even more threatened, such as Taxus contorta in the Himalayas.

While individual trees are important for both humans and wildlife, the collective value of forest ecosystems is far higher. Forests cover approximately 31% of the world’s land surface and their total economic value has been estimated at around US$150 trillion . Forests contain around 50% of the world’s terrestrial carbon and help provide 75% of its accessible freshwater . These benefits could be lost if tree species go extinct.

As well as supporting wildlife and people, tree diversity can help forests cope with disturbance. For example, having a diverse range of tree species in a forest reduces the damage that plant-eating insects can do, and makes the ecosystem more resilient to drought .

As tree species die out, forest ecosystems are placed at greater risk of collapse . Conserving both forests and the tree species they contain can combat climate change and preserve biodiversity. The world must urgently protect threatened trees, restore degraded forests and ensure that the harvesting of useful tree species is sustainable.

Adrian Newton has received funding from Botanic Gardens Conservation International (BGCI) to support research on the conservation status of trees. He is also co-chair of the IUCN Species Survival Commission Global Trees Specialist Group (GTSG), which is responsible for conducting Red List assessments of the world's tree species. Malin Rivers of BGCI and Sara Oldfield of the GTSG kindly provided comments on a draft of this article. 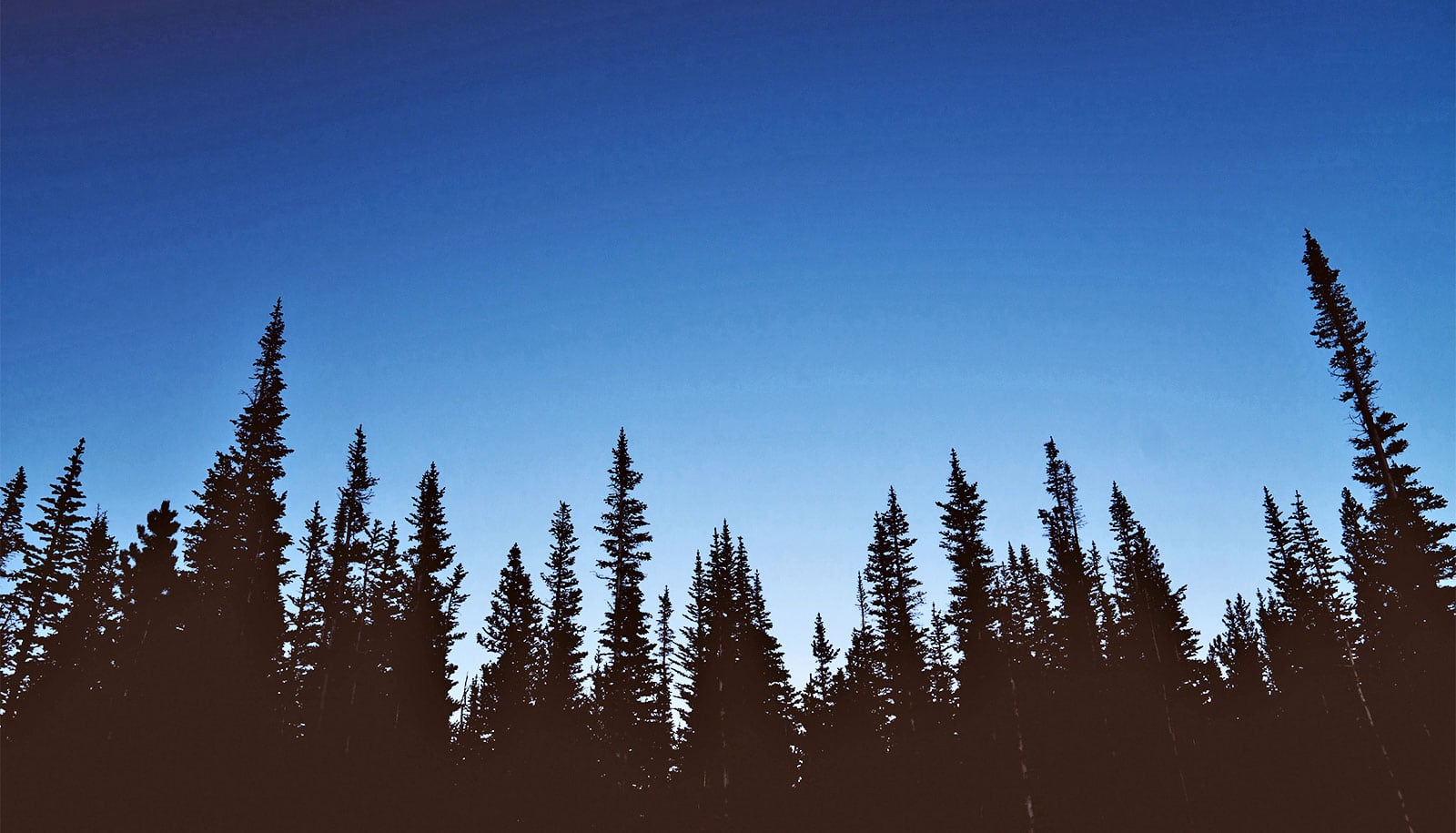 How much longer will trees suck up CO2?