For campus “porosity hunters,” climate resilience is the goal

With the MIT campus as a test bed, a citizen science effort provides lessons well beyond MIT.

At MIT, it’s not uncommon to see groups navigating campus with smartphones and measuring devices in hand, using the Institute as a test bed for research. During one week this summer more than a dozen students, researchers, and faculty, plus an altimeter, could be seen doing just that as they traveled across MIT to measure the points of entry into campus buildings — including windows, doors, and vents — known as a building’s porosity.

The group was part of the MIT Porosity Hunt, a citizen-science effort that is using the MIT campus as a place to test emerging methodologies, instruments, and data collection processes to better understand the potential impact of a changing climate — and specifically storm scenarios resulting from it — on infrastructure. The hunt is a collaborative effort between the Urban Risk Lab, led by director and associate professor of architecture and urbanism Miho Mazereeuw, and the Office of Sustainability (MITOS), aimed at supporting an MIT that is resilient to the impacts of climate change, including flooding and extreme heat events. Working over three days, members of the hunt catalogued openings in dozens of buildings across campus to better support flood mapping and resiliency planning at MIT.

For Mazereeuw, the data collection project lies at the nexus of her work with the Urban Risk Lab and as a member of MIT’s Climate Resiliency Committee. While the lab’s mission is to “develop methods, prototypes, and technologies to embed risk reduction and preparedness into the design of cities and regions to increase resilience,” the Climate Resiliency Committee — made up of faculty, staff, and researchers — is focused on assessing, planning, and operationalizing a climate-resilient MIT. The work of both the lab and the committee is embedded in the recently released MIT Climate Resiliency Dashboard , a visualization tool that allows users to understand potential flooding impacts of a number of storm scenarios and drive decision-making.

While the debut of the tool signaled a big advancement in resiliency planning at MIT, some, including Mazereeuw, saw an opportunity for enhancement. In working with Ken Strzepek, a MITOS Faculty Fellow and research scientist at the MIT Center for Global Change Science who was also an integral part of this work, Mazereeuw says she was surprised to learn that even the most sophisticated flood modeling treats buildings as solid blocks. With all buildings being treated the same, despite varying porosity, the dashboard is limited in some flood scenario analysis. To address this, Mazereeuw and others got to work to fill in that additional layer of data, with the citizen science efforts a key factor of that work. “Understanding the porosity of the building is important to understanding how much water actually goes in the building in these scenarios,” she explains.

Though surveyors are often used to collect and map this type of information, Mazereeuw wanted to leverage the MIT community in order to collect data quickly while engaging students, faculty, and researchers as resiliency stewards for the campus. “It’s important for projects like this to encourage awareness,” she explains. “Generally, when something fails, we notice it, but otherwise we don’t. With climate change bringing on more uncertainty in the scale and intensity of events, we need everyone to be more aware and help us understand things like vulnerabilities.”

To do this, MITOS and the Urban Risk Lab reached out to more than a dozen students, who were joined by faculty, staff, and researchers, to map porosity of 31 campus buildings connected by basements. The buildings were chosen based on this connectivity, understanding that water that reaches one basement could potentially flow to another.

Urban Risk Lab research scientists Aditya Barve and Mayank Ojha aided the group’s efforts by creating a mapping app and chatbot to support consistency in reporting and ease of use. Each team member used the app to find buildings where porosity points needed to be mapped. As teams arrived at the building exteriors, they entered their location in the app, which then triggered the Facebook and LINE-powered chatbot on their phone. There, students were guided through measuring the opening, adjusting for elevation to correlate to the City of Cambridge base datum, and, based on observable features, noting the materials and quality of the opening on a one-through-three scale. Over just three days, the team, which included Mazereeuw herself, mapped 1,030 porosity points that will aid in resiliency planning and preparation on campus in a number of ways.

“The goal is to understand various heights for flood waters around porous spots on campus,” says Mazereeuw. “But the impact can be different depending on the space. We hope this data can inform safety as well as understanding potential damage to research or disruption to campus operations from future storms.”

The porosity data collection is complete for this round — future hunts will likely be conducted to confirm and converge data — but one team member’s work continues at the basement level of MIT. Katarina Boukin, a PhD student in civil and environmental engineering and PhD student fellow with MITOS, has been focused on methods of collecting data beneath buildings at MIT to understand how they would be impacted if flood water were to enter. “We have a number of connected basements on campus, and if one of them floods, potentially all of them do,” explains Boukin. “By looking at absolute elevation and porosity, we’re connecting the outside to the inside and tracking how much and where water may flow.” With the added data from the Porosity Hunt, a complete picture of vulnerabilities and resiliency opportunities can be shared.

Synthesizing much of this data is where Eva Then ’21 comes in. Then was among the students who worked to capture data points over the three days and is now working in ArcGIS — an online mapping software that also powers the Climate Resiliency Dashboard — to process and visualize the data collected. Once completed, the data will be incorporated into the campus flood model to increase the accuracy of projections on the Climate Resiliency Dashboard. “Over the next decades, the model will serve as an adaptive planning tool to make campus safe and resilient amid growing climate risks,” Then says.

For Mazereeuw, the Porosity Hunt and data collected additionally serve as a study in scalability, providing valuable insight on how similar research efforts inspired by the MIT test bed approach could be undertaken and inform policy beyond MIT. She also hopes it will inspire students to launch their own hunts in the future, becoming resiliency stewards for their campus and dorms. “Going through measuring and documenting turns on and shows a new set of goggles — you see campus and buildings in a slightly different way,” she says, “Having people look carefully and document change is a powerful tool in climate and resiliency planning.”

Mazereeuw also notes that recent devastating flooding events across the country, including those resulting from Hurricane Ida, have put a special focus on this work. “The loss of life that occurred in that storm, including those who died as waters flooded their basement homes  underscores the urgency of this type of research, planning, and readiness.” 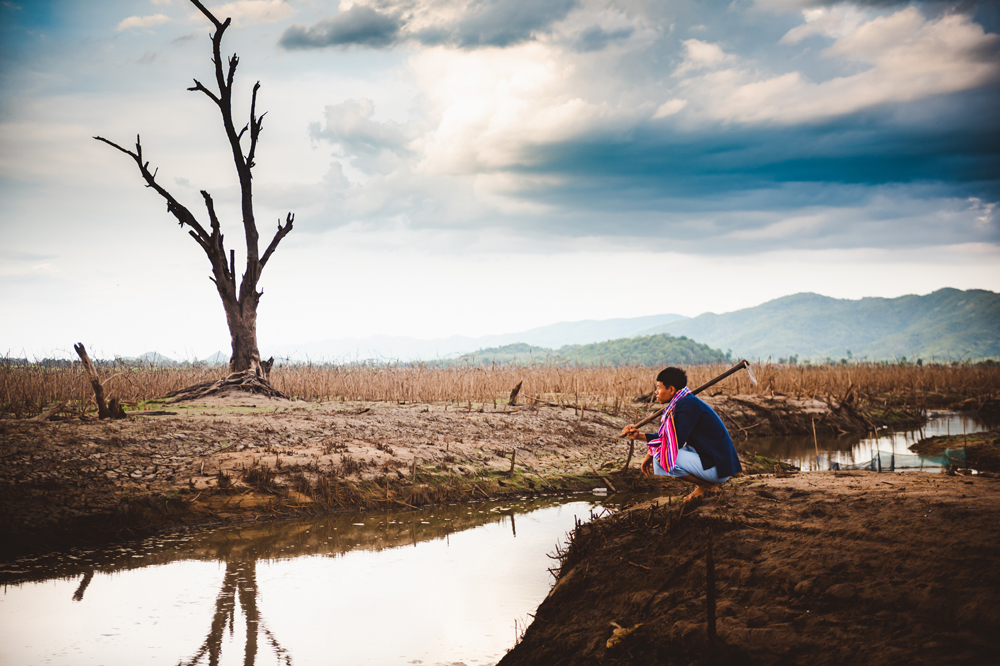 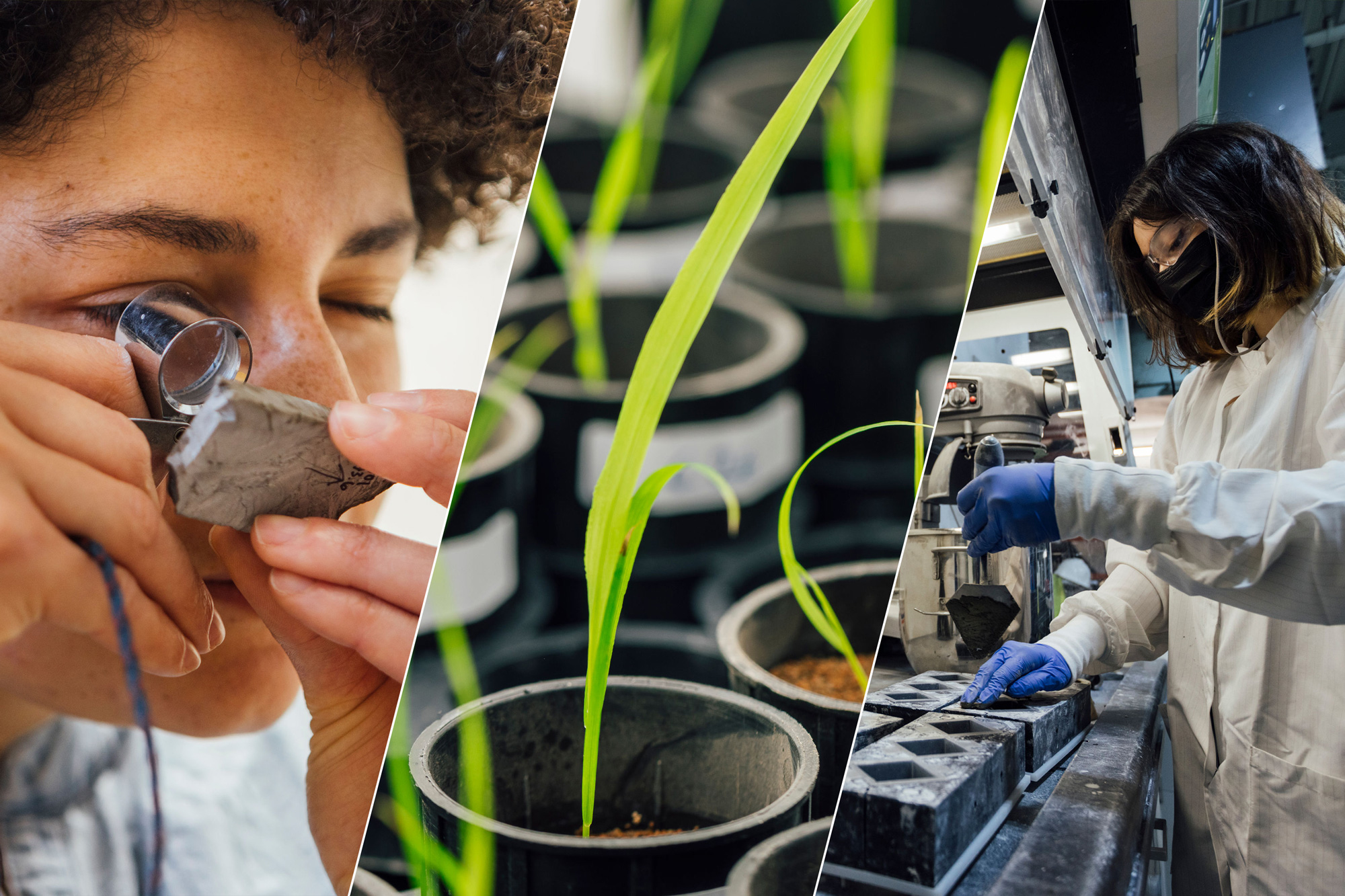