Students in English as a Second Language (ESL) programs are a large and growing population in American schools. The U.S. Department of Education says that the number of ESL learners increased by more than 1 million from 2000 to 2020. That is about 10 percent of all students in the country.

In states like California and Texas, nearly 20 percent of students are English learners. But “English learners are everywhere” in the country, notes Leslie Villegas. She is an education researcher with the New America Foundation in Washington, D.C. Her recent study looked at the percentage of ESL students within each state, as well as the most common languages spoken at home for those students.

As the number of English learners grow, there is a need for more ESL teachers. But the U.S. is dealing with a nationwide teacher shortage across all grade and subject areas. And in the next few years, experts expect the shortage to get worse among English language educators, Villegas said.

Josie Gutierrez is the assistant superintendent of the Waco Independent School District in Texas. She said the teacher shortage has slowed down the growth of the district’s bilingual program.

There has been an increase in state and federal pandemic aid to schools. So money is not the problem, Gutierrez noted. But the supply of teachers has not increased. And schools are “vying for the same supply,” she said.

Grace Benson is the director of ESL and bilingual education of Waco schools.

Benson said she has been able to fill almost all ESL positions for this school year.

In Austin, Texas, the city school district requires all elementary school teachers, as well as middle and high school English teachers to be trained in ESL instruction. Assistant Superintendent Dessynie Edwards said that is a large reason why there is currently no shortage of ESL teachers in Austin, where more than 27 percent of the city’s 75,000 students are learning English.

Jackie Leroy is head of ESL programs for Syracuse City School District in New York. She said when she started working there 22 years ago, 5 percent of students were ESL learners. Now, more than 18 percent of the city’s students are English learners. She said that even though job applications have slowed lately, the city has been “very active” in recruiting teachers. She also said many students that have gone through Syracuse’s ESL program later return as teachers.

English learners are among the students who have struggled the most during the pandemic, school district officials say.

Edwards, with Austin schools, said a large percentage of the city’s ESL students were “not faring well” during the early part of the pandemic. “A larger percent had failing grades,” she said.

Learning and studying in a home where English was not the main language spoken proved to be very hard for many students. Some parents of ESL students had difficulty communicating with teachers and understanding what learning materials their children needed.

“If they’re in their home the whole time, and there’s no one that speaks English and all their assignments are in English, how do they get that extra support?” Leroy said.

Edwards said ESL students in Austin have greatly benefited from the return to in-person classes. Students are now able to have a full day of classes and the district has started providing small group instruction.

But it is largely unknown how many students are behind in their English and academic progress, said the researcher Villegas. There is not enough data to know for sure. In Texas, for example, there was a statewide test to measure performance, but the test was not required for all students.

English learners, many of whom come from immigrant families, also faced difficulties at home. In Texas, some immigrant families were unable to receive pandemic aid and feared looking for health insurance because they are undocumented, Benson said. Some students needed to get jobs to provide extra money for their families.

“The pandemic as a whole has added so many challenges,” Benson said. “But they face additional challenges that are out of their control.”

vie — v. to compete with others in an attempt to get or win something​

district — n. an area established by a government for official government business​

recruit — v. to find suitable people and get them to join a company, an organization, the armed forces, etc.​

fare — v. to do something well or badly​

benefit — n. a good or helpful result or effect​

undocumented — n. not having the official documents that are needed to enter, live in, or work in a country legally​

challenge — n. a difficult task or problem : something that is hard to do​ 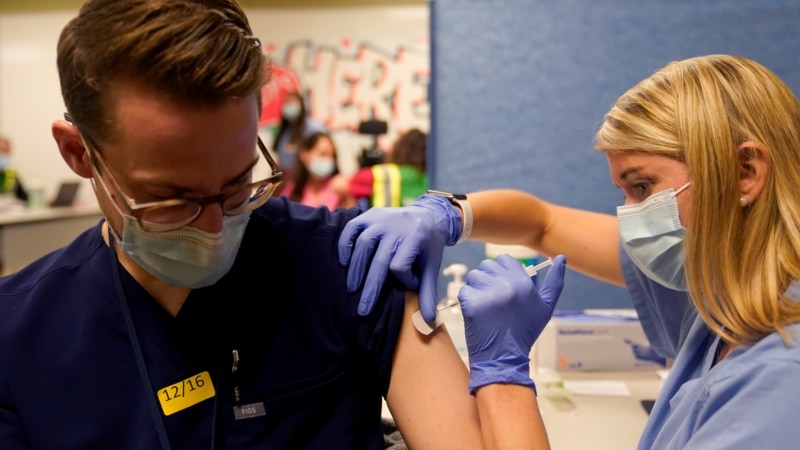 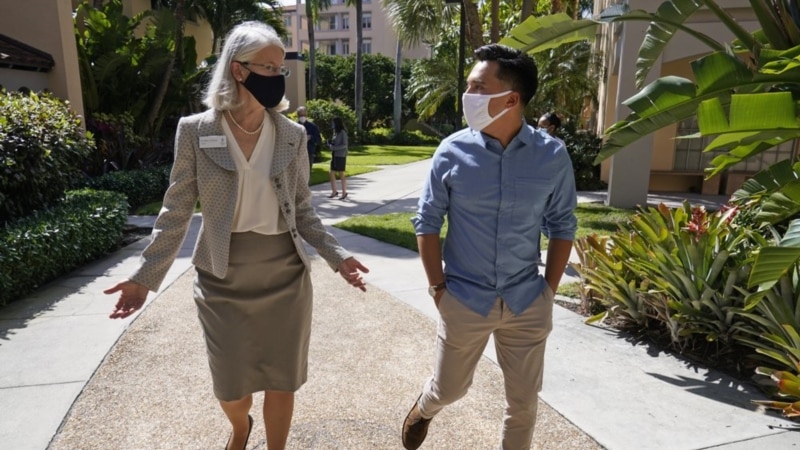 College President Zooms with Students Isolated Due to Virus