Why Do People Disappear in China?

Concerns about Chinese tennis star Peng Shuai in the past week have raised questions about similar cases in China. Well-known people have disappeared for periods after criticizing Chinese Communist Party leaders.

The Associated Press looked at some of those cases. Here are a few of them:

What happened to Peng Shuai?

Chinese officials have not answered an accusation in social media by international tennis champion Peng Shuai more than two weeks ago. Peng accused Zhang Gaoli of sexual wrongdoing. He is a former vice premier and member of the party's powerful Politburo Standing Committee.

Peng is 35 and a former top ranked player in women's tennis. She also competed in three Olympics. Concerns began when she did not appear in public for more than a week after her message was deleted.

Peng appeared at a youth tennis game over the weekend and talked with the head of the International Olympic Committee in a video call on Sunday.

Why do people disappear in China?

China says it is a nation "ruled by law." But the Communist Party makes the decisions and there is uneven enforcement of laws. Control over the press and social media permits officials to hide disappearances and to block critics. However, such news often comes out in time through underground and foreign reports.

Since it took power in 1949, the Chinese Communist Party has imprisoned people without charges, sometimes for years. The party's Central Commission for Discipline Inspection deals with most major charges against ranking officials. Later, an announcement may say they are under investigation for "severe violations of rules and regulations." Heavy sentences are later announced, with little or no details given about the charges or the evidence brought against the targets.

What famous people have gone missing?

Well-known people who have dropped out of sight for unknown reasons include business leader Jack Ma and famous actor Fan Bingbing.

Ma is China's best-known businessperson and the founder of Alibaba Group, the world's biggest online seller of goods and services. Ma stopped appearing in public after he criticized regulators as being too conservative in an October 2020 speech.

Days later, the government ordered Ma's Ant Group financial service to stop plans to sell stock on exchanges in Hong Kong and Shanghai. Ma was seen two months later in a video released by Alibaba in January 2021. He said nothing about his disappearance. He appeared again in October in Hong Kong.

Popular actor Fan Bingbing disappeared for three months before the news was released that tax officials said she and her companies owed $130 million. She told reporters the following year about the experience: “It has made me calm down and think seriously about what I want to do in my future life.”

Businessperson Duan Weihong who is also known as Whitney Duan disappeared in 2017. She had talked to The New York Times in 2012 about the family wealth of then-Premier Wen Jiabao. Wen is China's number two leader.

Her husband, Desmond Shum, is a writer. He said he did not hear from her for four years until he was preparing to publish a book about corruption among Chinese officials. Shum told Time magazine his wife asked him in a phone call not to publish his book, Red Roulette.

A real estate businessperson, Ren Zhiqiang, disappeared from public events in March 2020. He had criticized President Xi Jinping's handling of the coronavirus health crisis. Ren was sentenced later that year to 18 years in prison on corruption charges.

What other kinds of people disappear?

In a case that became widely known, Swedish citizen Gui Minhai disappeared in 2015. Chinese agents were thought to have taken him from his home in Thailand. He and four others who went missing worked for a company that published books critical of the Communist Party. All disappeared at about the same time. Months later, they appeared again held by police in China.

China has also seized some citizens of other countries.

In December 2018, Canada arrested Meng Wanzhou, the chief financial officer of Chinese telecommunications company Huawei. The arrest came at the request from the United States.

Shortly after Meng’s arrest, two Canadians were detained in China. China denied that the arrests of Michael Kovrig and Michael Spavor were connected to Meng’s detention. The two were released in September 2021, more than 1,000 days after they had been seized. Hours before their release, Meng had been permitted to return to China.

A gene researcher, He Jiankui, disappeared for almost a year. He had announced his disputed research at a conference in Hong Kong. He was later found guilty of acting as a doctor without legal permission in December 2019.

Meng Hongwei was the first Chinese president of Interpol, an international police organization. He was arrested on a trip back to China in September 2018. His wife, Grace Meng, told The Associated Press that she and her lawyers have been unable to contact him since that time. State media reported that Meng Hongwei admitted taking bribes, or illegal payments. But Grace Meng said her husband was the victim of a political fight.

The Associated Press staff created this story. Jill Robbins adapted it for Learning English. Mario Ritter, Jr. was the editor.

underground – n. group of people who secretly work to oppose or overthrow a government

regulation –n. an official rule or law that says how something is supposed to be done

bribe – n. something valuable (such as money) that is given in order to get someone to do something

What do you think of the disappearance of people in China? We want to hear from you. Write to us in the Comments Section. 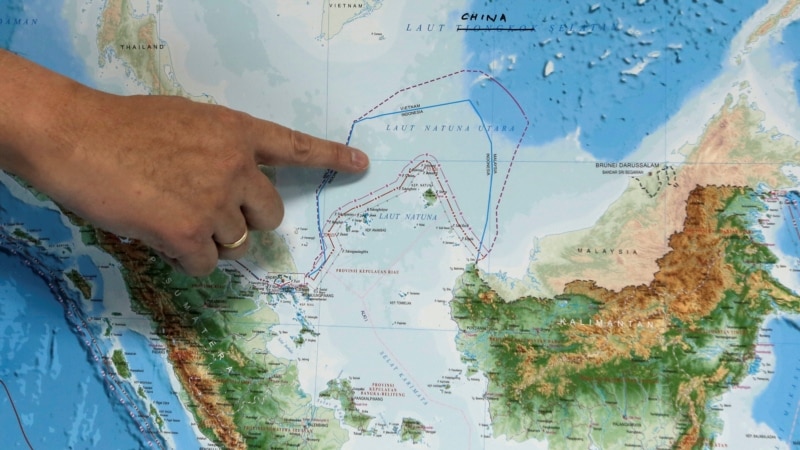