Built on the same technology as Bitcoin, NFTs have been a hot topic in 2021. Let experts explain the technology's wild rise.

Built on the same technology as Bitcoin, NFTs have been a hot topic in 2021. They enable a real market for digital works of art while fueling unprecedented speculation.

2021 might become known as the year when digital art exploded. On March 11, a cryptocurrency investor paid $69 million for the digital painting “Everydays: The First 5000 Days” during an auction organized by Christie’s. The blinking GIF Fomo is currently for sale for $2 million—60 times what it sold for only nine months ago. And a series of 10,000 straightforward-looking illustrations of monkeys, called the Bored Ape Yacht Club, are collectively worth more than one billion dollars.

This mind-boggling bubble is fueled by the NFT technology, which enables cryptocurrencies such as bitcoins or ethers to be exchanged against digital objects. An NFT or “non-fungible token” is a digital data string that establishes proof of ownership of a specific item that usually exists in the virtual world. It could be, for instance, a digital work of art, a financial asset, or a patent.

NFTs live on the blockchain , a transaction-tracking decentralized ledger, which until recently was mainly known for being behind Bitcoin. It has generated incredible hype while extending its potential impact on many industries, from finance to art, music, intellectual property, and luxury goods .

“NFT has really enabled a market for digital art,” says Robert Zumkeller, a graphic designer who started creating NFT illustrations while a student at the FHNW Academy of Art and Design in Basel. “I am not certain that I would have found a brick-and-mortar gallery willing to exhibit my digital work, nor buyers who would acquire a physical screen to own it. With NFTs, I could use an online gallery, Superrare.com, to showcase my work and sell it.”

Like everything else recorded on a blockchain, art NFTs allow for tracking all transactions after their initial sale. This tracking allows for a perpetual royalty payback, explains Zumkeller. Under his moniker, Vicarivs, the young artist will receive 10% on any subsequent sale of his work—something that rarely happens with physical objects sold by galleries or collectors.

In physical art, only one original copy usually exists (or a few dozen, in the case of art prints). The original is distinguishable from reproductions, which are sold legally or as forgeries. With digital painting, the work of art is a data file, which can have an infinite number of perfect copies. That is why an NFT does not comprise the data file of the work of art itself; instead, it functions as proof of original ownership.

NFTs have also entered the luxury market, where recently, digital twins (a photograph or a 3D animation) of collector watches went up for auction in spring 2021. “More and more brands are looking into NFTs,” says Serge Maillard, managing editor of the watch magazine Europa Star. “First, as a useful tool to fight forgery by ensuring traceability and authenticity. Second, to develop and maintain a closer, more personal relationship with their client, without having to rely on intermediaries.”

Swiss IT security company Wisekey has also moved into this business. “Digital twins for luxury items and art are the main markets so far, but other uses of NFTs are emerging, in particular for certifying intellectual property and identity,” says CEO Carlos Moreira. The company provides NFTs to protect luxury objects and has recently launched an art marketplace. It plans to introduce its own cryptocurrency and is working on projects for digital rights management of music and movies.

Altogether, the NFT market ballooned over the last twelve months with a 700% increase from the second to the third quarter of 2021, according to the analytics platform Dappradar. This bubble confirms the speculative character of cryptocurrencies and blockchain applications; namely: the dollar value of the bitcoin has increased by a factor of 100,000 over ten years.

“So far, design choices on the technology have helped to fuel speculation,” explains Claudio Tessone, professor of blockchain and distributed ledger technologies at the University of Zurich’s department of informatics. “The most widespread systems are based on the so-called proof-of-work, where the validating and tracking of all transactions by the network as well as the introduction of new tokens only work because users run computations on their systems.

“As the devoted resources have been accelerating under a constant rate of supply, the creation of assets is becoming more and more expensive, which fuels an increase of their value, just like oil prices going up when it’s harder to extract. In turn, this creates incentives to invest resources in the blockchain, which fuels a self-reinforcing loop driving speculation and inflating prices further.”

The energy consumption of blockchain applications has been an increasing worry. While society is desperately trying to tackle climate change, it has simultaneously introduced economic services that consume as much electricity as a middle-sized country like Sweden. “There is some hope that a new architecture for blockchains, called proof-of-stake, will make the electricity needed to run it negligible,” says Tessone. “A new generation of platforms such as Cardano, Polkadot, or Tezos are already running on such systems, but their impact—while increasing—has been limited so far. We’ll have to see.”

However, this new architecture could generate new, problematic incentives. Until now, cryptocurrencies rewarded those setting up huge computer farms to profit from economies of scale and more efficient energy usage. A proof-of-stake blockchain rewards users instead who heavily invest in it, which fuels speculation. “As of now, it is hard to imagine blockchain without speculation,” says Tessone. “It is good to see that the community takes this problem seriously, cryptoeconomies for a future with more functional cryptoeconomies.”

Catherine Tucker, a professor of management at MIT who specializes in the blockchain, regrets this focus on speculation: “Most of the reporting on NFTs has been on the speculative aspects. This is rather frustrating, as it may lead to less experimentation on ideal-use cases.”

Not so private after all

One worry is that the anonymity provided by blockchain technology could help financial fraud. The most obvious ones are shill bidding to drive prices up at auction and insider trading. In September 2021, Opensea, the largest marketplace for NFTs, revealed that one of their employees had purchased items just before they were displayed for sale on its front page—an action that would amount to insider trading.

Many specialists’ forums discuss the risk of shill bidding, where an artist or someone they are conspiring with buys their work for a large sum to drive its price upwards and maintain the current bidding frenzy. This culminated with the suspicion that the owner of an NFT of the art series CryptoPunk borrowed 500 million dollars as a flash loan—a financing mechanism only available on the blockchain—to buy the NFT from themselves before returning the money. While a clever trick to inflate the price of their art, this move also raised suspicions that NFTs could be a perfect tool for money laundering.

Interestingly, specialists discovered these suspicious activities because all blockchain transactions are fully available to the public. “The famed privacy of cryptofinance is a mere illusion,” says Tessone. “It is based on the premise that users create a large number of wallets holding their assets in an attempt to obfuscate their transactions.” But in fact, many people choose to avoid this option because of the cost of transactions. And then, of course, there’s the traceability, adds Tessone: “mathematical network analysis can uncover suspicious activities, allowing tracing back transactions to a person even if they manage many wallets. This is why shill bidding on NFTs is not actually safe for fraudsters, contrary to what many commentators say.”

Catherine Tucker also cautions us against putting the blame entirely on NFTs, saying that “problems such as insider trading with NFTs are reflections of underlying user behavior in uncertain environments and persistent transaction costs. I am not sure if attributing fault to the technology is correct. Ultimately, technology is just technology.” 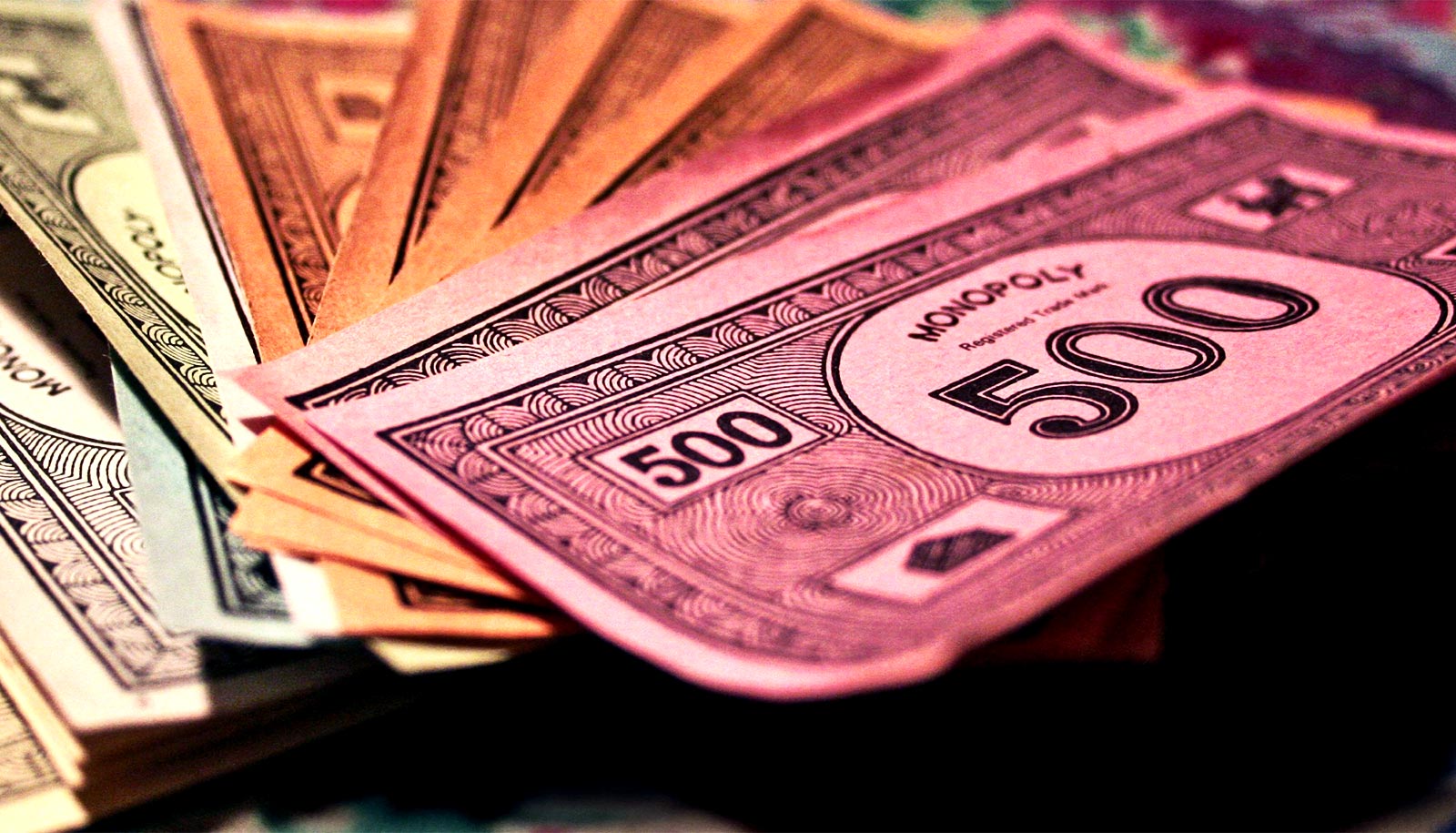