"FarmHand" combines adhesives based on gecko toes and a customized robotic hand for dexterity and strength, researchers report.

Aiming to create a robotic gripper that can grasp with delicate strength, researchers have combined adhesives based on gecko toes with a customized robotic hand.

Across a vast array of robotic hands and clamps, there is a common foe: the heirloom tomato. You may have seen a robotic gripper deftly pluck an egg or smoothly palm a basketball—but, unlike human hands, one gripper is unlikely to be able to do both. A key challenge remains hidden in the middle ground.

“You’ll see robotic hands do a power grasp and a precision grasp and then kind of imply that they can do everything in between,” says Wilson Ruotolo, a former graduate student in the Biomimetics and Dextrous Manipulation Lab at Stanford University (aka the “Farm”). “What we wanted to address is how to create manipulators that are both dexterous and strong at the same time.”

The result of this goal is farmHand, a robotic hand developed by engineers Ruotolo and Dane Brouwer, a graduate student in the Biomimetics and Dextrous Manipulation Lab. They detail their work in a paper in Science Robotics .

In their testing, the researchers demonstrated that farmHand is capable of handling a wide variety of items, including raw eggs, bunches of grapes, plates, jugs of liquids, basketballs, and even an angle grinder.

‘FarmHand’ is grippy, not sticky

FarmHand benefits from two kinds of biological inspiration. While the multi-jointed fingers are reminiscent of a human hand—albeit a four-fingered one—the fingers are topped with gecko-inspired adhesives .

This grippy but not sticky material is based on the structure of gecko toes. Researchers have developed the material over the last decade.

Using the gecko-adhesive on a multi-fingered, anthropomorphic gripper for the first time was a challenge. It required special attention to the tendons controlling the fingers of farmHand and the design of the finger pads below the adhesive.

Like gecko’s toes, the gecko adhesive creates a strong hold via microscopic flaps. When in full contact with a surface, these flaps create a Van der Waals force —a weak intermolecular force that results from subtle differences in the positions of electrons on the outsides of molecules. As a result, the adhesives can grip strongly but require little actual force to do so. Another bonus: they don’t feel sticky to the touch or leave a residue behind.

“The first applications of the gecko adhesives had to do with climbing robots, climbing people, or grasping very large, very smooth objects in space . But we’ve always had it in our minds to use them for more down-to-earth applications,” says senior author Mark Cutkosky, a professor in the School of Engineering who led the research. “The problem is that it turns out that gecko adhesives are actually very fussy.”

The fuss is that the gecko adhesives must connect with a surface in a particular way in order to activate the Van der Waals force. This is easy enough to control when they are applied smoothly onto a flat surface, but much more difficult when a grasp relies on multiple gecko adhesive patches contacting an object at various angles, such as with farmHand.

Below the adhesives, farmHand’s finger pads help address this challenge. They are made of a collapsible rib structure that buckles with little force. No matter the location or angle of contact, the ribs consistently buckle so as to ensure equal forces on the adhesive pads and prevent any single one from slipping prematurely.

“If you move these ribs, the buckling results in a similar force no matter where you start,” Brouwer says. “It’s a simple, physical behavior that could be deployed even in spaces outside of robotics, perhaps as shoe tread or all-terrain tires.”

The hand’s tendons are crucial as well because they enable a hyperextended pinch . While many robotic hands and clamps will pinch objects in a “C” shape, like picking something up with only the tip of your fingers, farmHand pinches with the end of its fingers pressed pad to pad. This gives the adhesives more surface area to work with.

Getting the design just right was especially hard because existing computer simulations have difficulty predicting real-world performance with soft objects—another factor in the heirloom tomato problem.

But the researchers benefitted immensely from being able to 3D print and test many of the hard and soft plastic components in relatively quick cycles. They go as far as to suggest that their success may not have been possible—or at least much slower—only five years ago.

Further improvements to farmHand could come in the form of feedback features that would help users understand how it is gripping and how it could grip better while the hand is in use. The researchers are also considering commercial applications for their work.

The Toyota Research Institute and a Stanford Graduate Fellowship funded the work.

The post Gecko-inspired robot gripper is strong but gentle appeared first on Futurity . 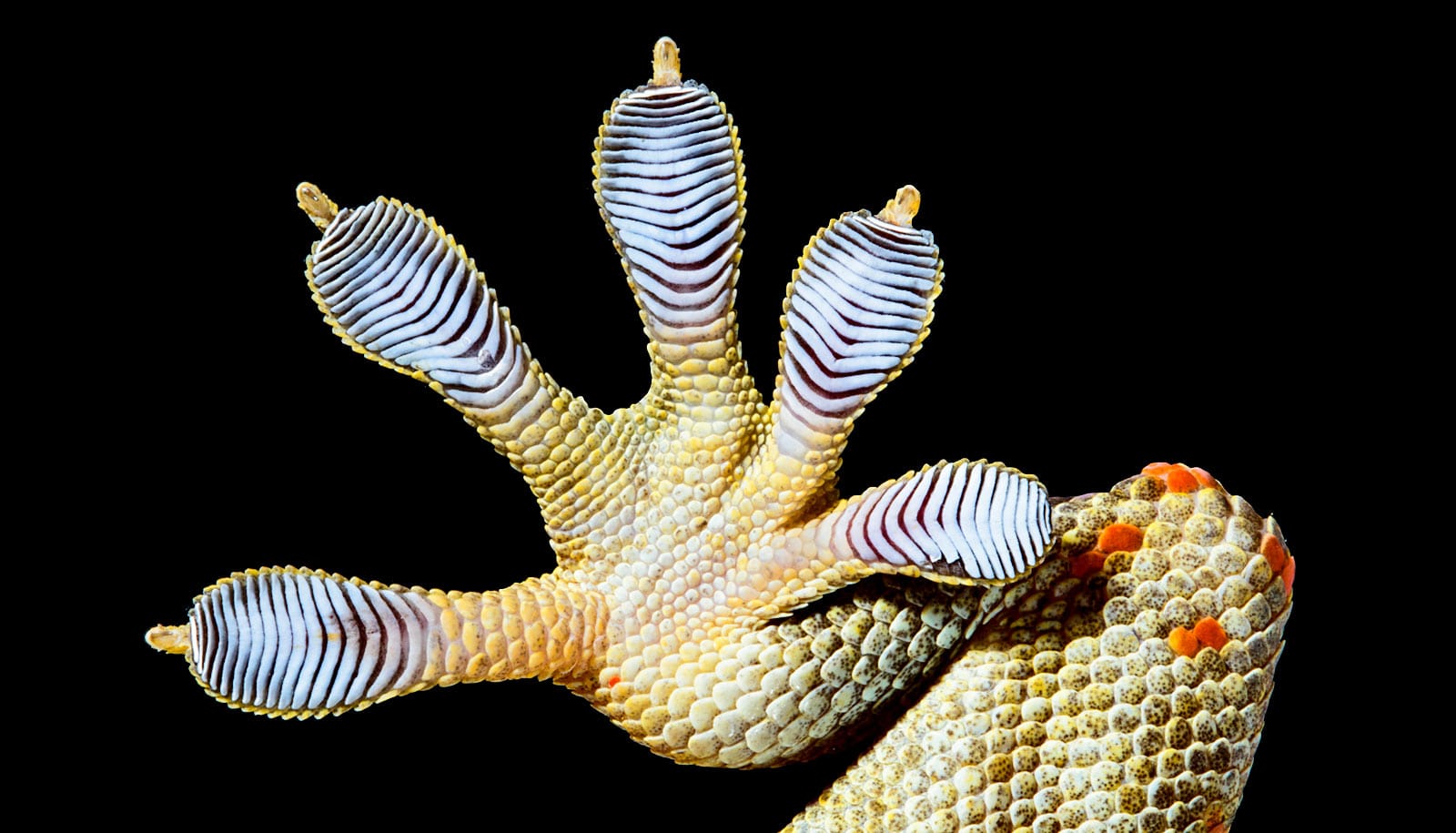 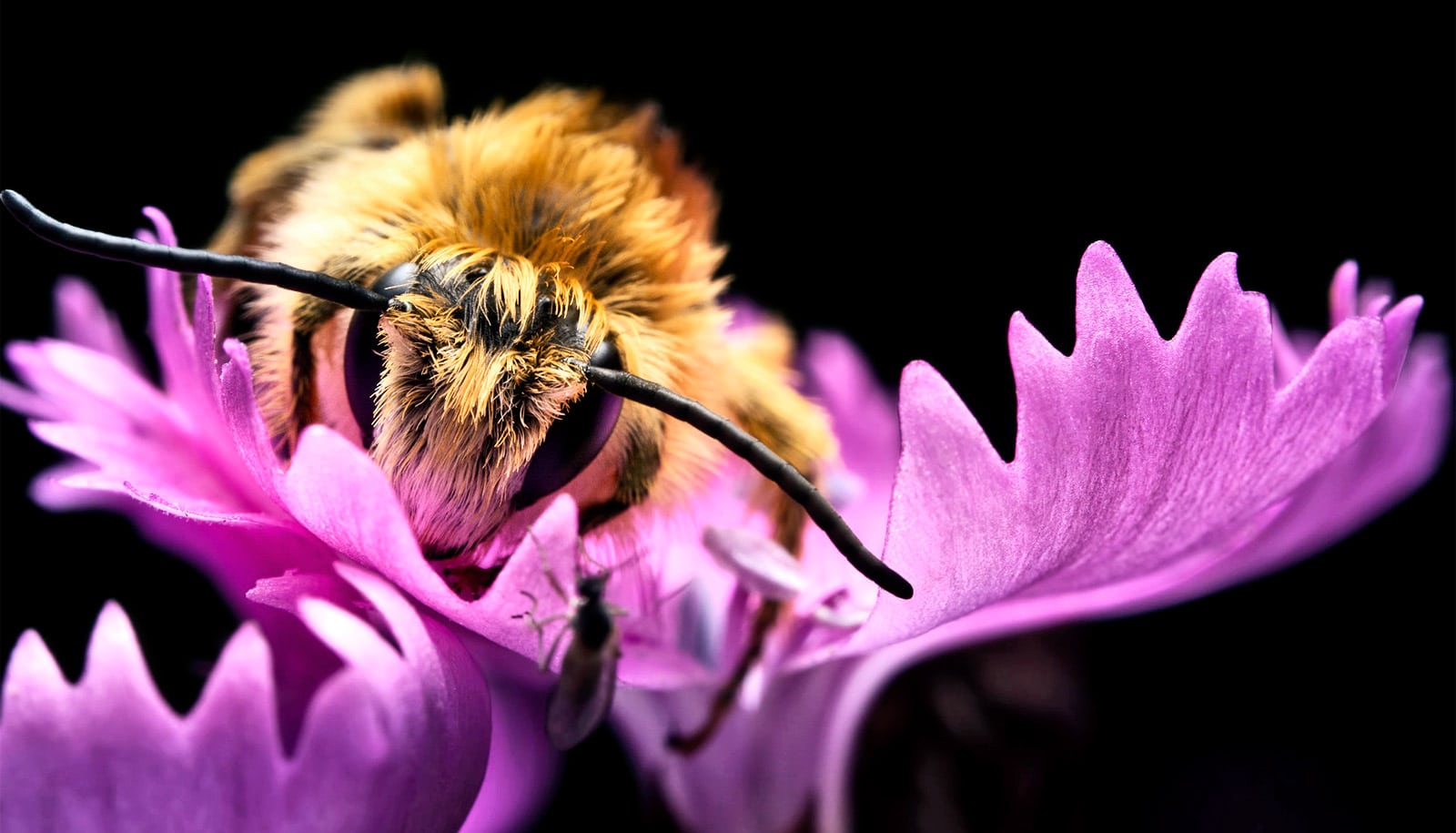