A tour of the growing brain, complete with upside-down vision

W.A. Harris talks about his new book, “Zero to Birth: How the Human Brain Is Built,” which illustrates how one cell develops into the complex operational centers that not only make us human, but also individuals.

This is a coming-of-age story — involving your brain.

That’s how W.A. Harris opened his virtual Harvard Science Book Talk on Monday. The talk, presented by the University’s Division of Science, Cabot Science Library, and Harvard Book Store, brought Harris together with old friend Joshua Sanes, the Jeff C. Tarr Professor of Molecular and Cellular Biology at Harvard and director of the Center for Brain Science . The neuroscientists discussed Harris’ new book, “Zero to Birth: How the Human Brain Is Built,” which elucidates how one cell develops into the complex operational centers that not only make us human, but also individuals, with entirely unique traits, behaviors, and, yes, malfunctions.

Harris presented the relevant evolutionary history, crediting the many pioneering neuroscientists who uncovered how the “Adams and Eves of our brains” were born. One, Santiago Ramón y Cajal , created the first drawings of intricate neuron trees, which are still widely studied. Another, Conrad Hal Waddington , likened the development of different neuron types to a ball rolling down an uneven hill.

“The neural stem cells are a bit unpredictable,” Harris explained. “We can’t predict exactly where they’ll land, but they will create the right amount of neuron types.”

Other 20th-century neuroscientists, including Roger Sperry , took a more hands-on approach, Harris said. Sperry removed, flipped, and reinserted a frog’s eye, leaving the amphibian with an upside-down world. And while the neurons adapted, rewiring to restore vision, the eye was not so nimble. To look up, the frog looked down — for the rest of its life.

Moving from amphibian to mammal, David Hubel and Torsten Wiesel deprived a kitten of vision in one eye to see how the limitation might affect a growing brain. When they restored vision after the kitten reached 3 months old, the duo discovered that the animal never gained sight in the closed eye.

Adult neurons survive for a lifetime and remain malleable for several years. This is one reason kids are especially adept at learning new languages, explained W.A. Harris (left), who was joined by Joshua Sanes, director of the Center for Brain Science at Harvard.

As a brain develops, young neurons strike out, seeking to form synaptic connections across brain regions, Harris said. If they fail to make those connections, they “commit suicide by consuming themselves.” And even if they survive this first cutthroat wave, they can “get pruned, like plants.”

In the first trimester of pregnancy, neural growth is exponential: about 15 to 20 million cells are born every hour, Harris said. Only about 50 percent of these original cells survive. If, for example, there are too many of one type, causing an imbalance, the excess will die off. Or, if some seem to be serving a pointless task, like those attending a shut eye, they’ll move on. Why waste precious neurons?

After the early period of growth, suicide, and pruning comes to an end, adult neurons survive for a lifetime. And unlike those of a cat, they remain malleable for several years. This is one reason kids are especially adept at learning new languages, and why procedures to correct neurological dysfunctions, like a lazy eye, have higher chances of success early in life.

“Adult neurons seem to have lost some of the mojo of their youth,” Harris said. They get damaged, weaker, and a little less flexible over time. Plus, unlike those of fish, amphibians, and reptiles, human brains don’t regenerate much after injury because only a small number of neurons are born during adulthood.

“Fixing broken brains is one of the hardest challenges of medicine,” Harris said.

“This is a very good time to be a mouse with autism or Alzheimer’s because we can cure you,” Sanes said during the question-and-answer portion of the talk. But those cures don’t translate from mouse to human. Even though brains look remarkably similar across invertebrate species, “there are deep developmental differences between the brains of mice and humans,” Sanes said.

Today, scientists are growing mini-brains — or rather, collections of neural clusters formed in a Petri dish — to study neurological diseases, including opportunities for treatments and cures, and to inform the development of artificial intelligence. Of course, building a brain in the lab raises some ethical questions. Are they processing their world? Suffering? Human?

“We have to keep our eyes and ears and ethical antennae open to this,” Sanes said. And yet, he continued, there’s a moral imperative to seek treatments for brain disorders, which cause more suffering than any other class of disease. 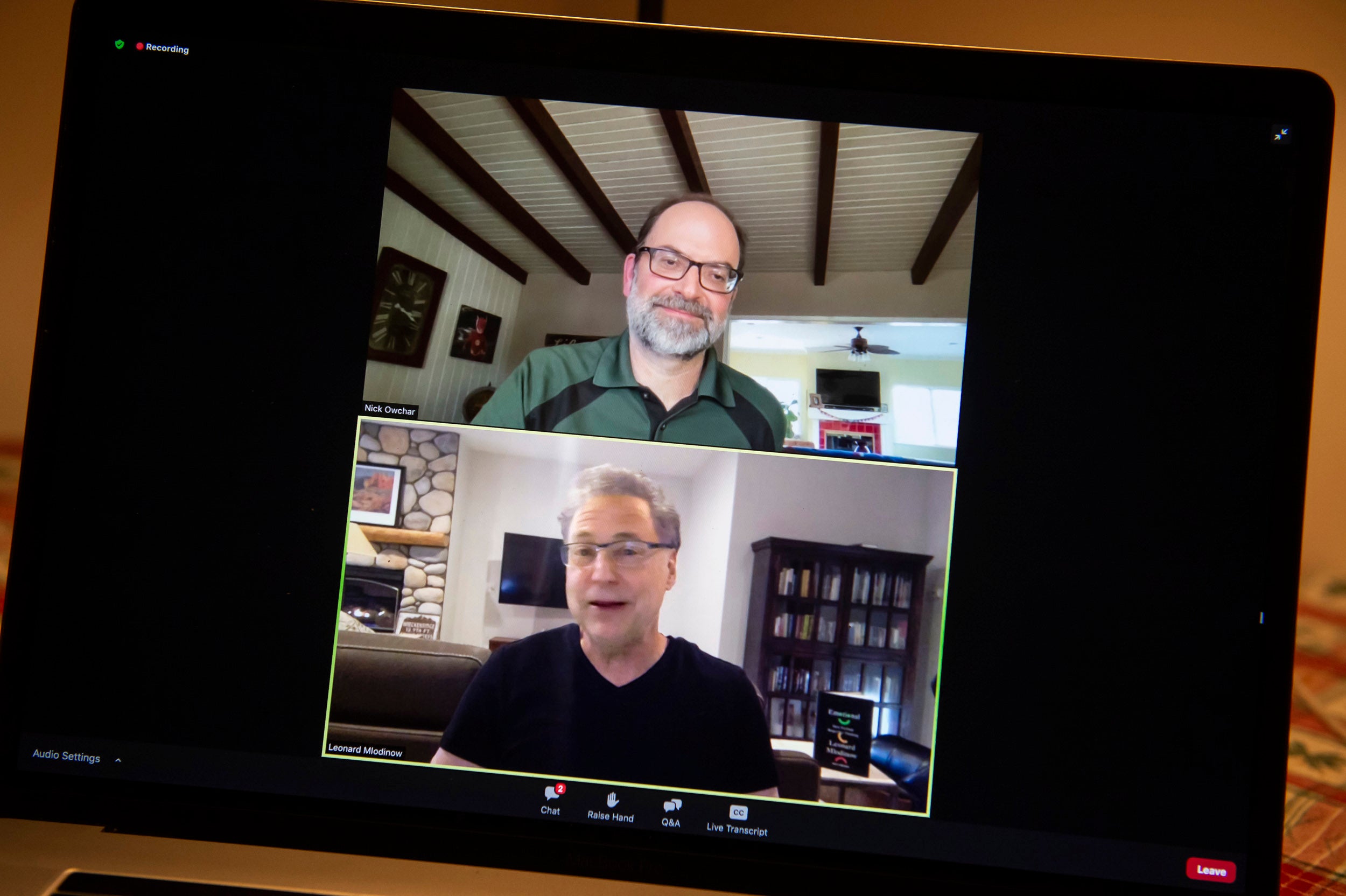 Logic or emotion: Which is more valuable?