On Thursday, scientists released the first image of the very large black hole at the center of our Milky Way galaxy.

The mysterious object – called Sagittarius A* - or SgrA* - is only the second black hole to be imaged.

The University of Arizona’s Feryal Ozel called the black hole “the gentle giant in the center of our galaxy” while announcing the new image.

The international group behind the Event Horizon Telescope, EHT, project released the image. The EHT in 2019 revealed the first-ever photo of a black hole that is at the heart of a different galaxy.

Sagittarius A* has 4 million times the mass of our sun and is located about 26,000 light-years from Earth.

A light year is the distance light travels in a year, about 9.5 trillion kilometers.

Black holes are extremely dense. Their gravitational pull is so powerful that nothing, not even light, can escape. As a result, it is difficult to see them.

Project scientists looked for a ring of light around an area of darkness representing the black hole. This is known as the black hole's shadow or silhouette.

The image released in 2019 of the supermassive black hole in a galaxy called Messier 87, or M87, showed a ring of red, yellow and white surrounding a dark center.

The M87 black hole is far more distant and large than Sagittarius A*.

The researchers said that Sagittarius A*, despite being much closer to our solar system than M87, was harder to image.

Lindy Blackburn, an EHT data scientist at the Harvard-Smithsonian Center for Astrophysics, said "Sagittarius A* is over a thousand times less massive than the black hole at M87, but since it is in our own galaxy it is much closer and should appear just slightly larger on the sky."

The Event Horizon Telescope is a global group of observatories working to study radio sources linked to black holes. The project began in 2012 to try to directly observe the immediate environment of a black hole.

There are different kinds of black holes. The smallest are called stellar -mass black holes. Intermediate-mass black holes have more mass. And finally there are the supermassive black holes that are at the center of most galaxies. These are thought to appear relatively soon after their galaxies are formed.

Thursday's announcement was made in simultaneous news conferences in the United States, Germany, China, Mexico, Chile, Japan and Taiwan.

Will Dunham reported on this story for Reuters. John Russell adapted it for VOA Learning English.

giant – n. : a person or thing that is very large, powerful, or successful

shadow – n. an area of darkness created when a source of light is blocked

stellar – adj. of or relating to the stars 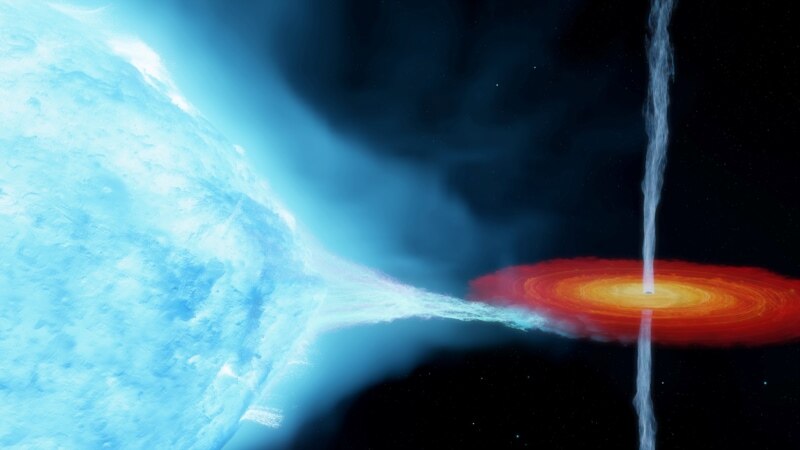 New Study: Black Hole May Be Larger Than Expected 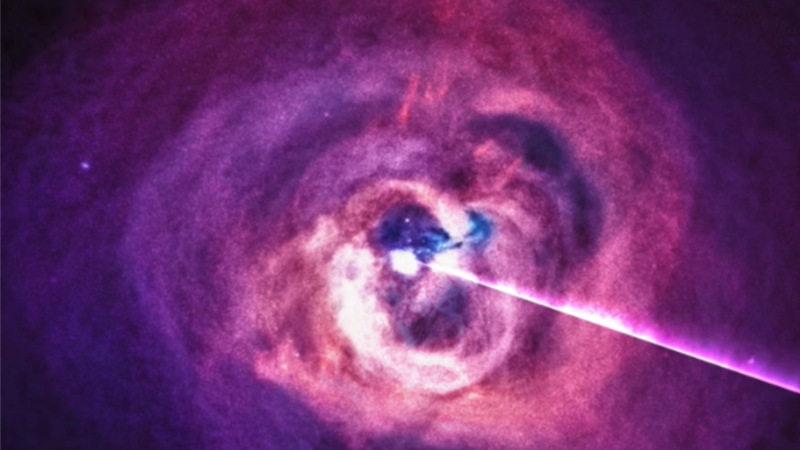