Smell of desert rainstorms may have health benefits

The smell of the desert after a rainstorm could be good for your health thanks to plants releasing oils and chemicals that cut stress, researchers report.

Oils and other chemicals plants release after a rainstorm may explain the feelings of euphoria and the health benefits that follow a storm in the desert, research shows.

“The Sonoran Desert flora is one of the richest in the world in plants that emit fragrant volatile oils, and many of those fragrances confer stress-reducing health benefits to humans, wildlife, and the plants themselves,” says Gary Nabhan, a research social scientist at the University of Arizona Southwest Center and chair in southwestern borderlands food and water security.

Nabhan is the lead author of two new studies—one in the International Journal of Environmental Research and Public Health and the other in Desert Plants —that explain how volatile organic compounds that evolved to protect plants from damaging solar radiation, heat waves, drought stress, and predatory animals may also have health benefits for humans.

Nabhan was inspired to investigate the health benefits of desert fragrances after learning about “forest bathing,” an ancient practice that originated in the coniferous forests of eastern Asia and involves spending time in nature to help reduce stress and improve overall well-being.

At first, he was disappointed by the fact that the nearest forests to him are thousands of feet high in the Catalina Mountains, which reach their highest point about an hour-and-a-half drive from central Tucson.

“But then I thought, some of those same compounds are found in desert plants,” Nabhan says, “and we know we have tremendous fragrances at certain times of the year, especially right after the thunderstorms of the monsoon.”

The Southwest monsoon season typically runs from June 15 to September 30. About half of the region’s average annual rainfall occurs over the course of those three-and-a-half months.

Nabhan and his collaborators, Eric Daugherty, a former intern at the Southwest Center, and Tammi Hartung, a co-owner of Desert Canyon Farm in Canyon City, Colorado, identified 115 volatile organic compounds in 60 species of plants in the Sonoran Desert that are released immediately before, during, and after rain. Of these, 15 have been shown in past studies to offer tangible health benefits.

“Their accumulation in the atmosphere immediately above desert vegetation is what causes the smell of rain that many people report. It also reduces exposure to damaging solar radiation in ways that protect the desert plants themselves, the wildlife that use them as food and shelter, and the humans who dwell among them.”

Many desert plants produce more volatile oils during the summer to protect themselves from harsh conditions, Nabhan says.

“The production of the oily compounds is happening during the extreme droughts and severe heat waves, but they remain on the leaves until we get the onset of the summer rains.

“We used to think that during the summer rains, those oily and gummy substances were washed off and into the air, but now there’s some evidence that with humidity and the fierce winds that we get with the onset of the rain, they’re released into the atmosphere even before the rain actually falls and contribute to that incredible surge of anticipation that you feel right before the first raindrop of a thunderstorm. From there, they travel into our lungs and into our bloodstream within minutes.”

The creosote bush is one of the most iconic plants in the Sonoran Desert and is often cited as the plant that gives the desert its familiar smell when it rains. One of the healing compounds that contributes to creosote’s familiar smell is trans-caryophyllene, which actually comes from a fungus that lives inside the plant rather the plant itself, Nabhan says.

Armed with his knowledge of desert plants, Nabhan is part of an initiative to create fragrance gardens to promote healing and well-being around the Southwest.

In March, Nabhan and his colleagues installed one such garden at the Sonoran Desert Inn and Conference Center in Ajo, Arizona. By late fall, they’d like to complete another at the base of Tumamoc Hill, where many people go to exercise outdoors. The hill’s proximity to Carondelet St. Mary’s Hospital makes it an even more strategic location, says Nabhan, who envisions patients and their families reaping the health benefits of the garden.

“I would like to see these fragrance gardens around every hospital, community clinic, and bed and breakfast—wherever anyone comes to heal, relax, and recreate,” Nabhan says. “These public gardens will not only produce nutritious foods, but offer residents, out-of-town guests, and hikers a powerful opportunity to sense how the desert smells like rain.”

The post Smell of desert rainstorms may have health benefits appeared first on Futurity . 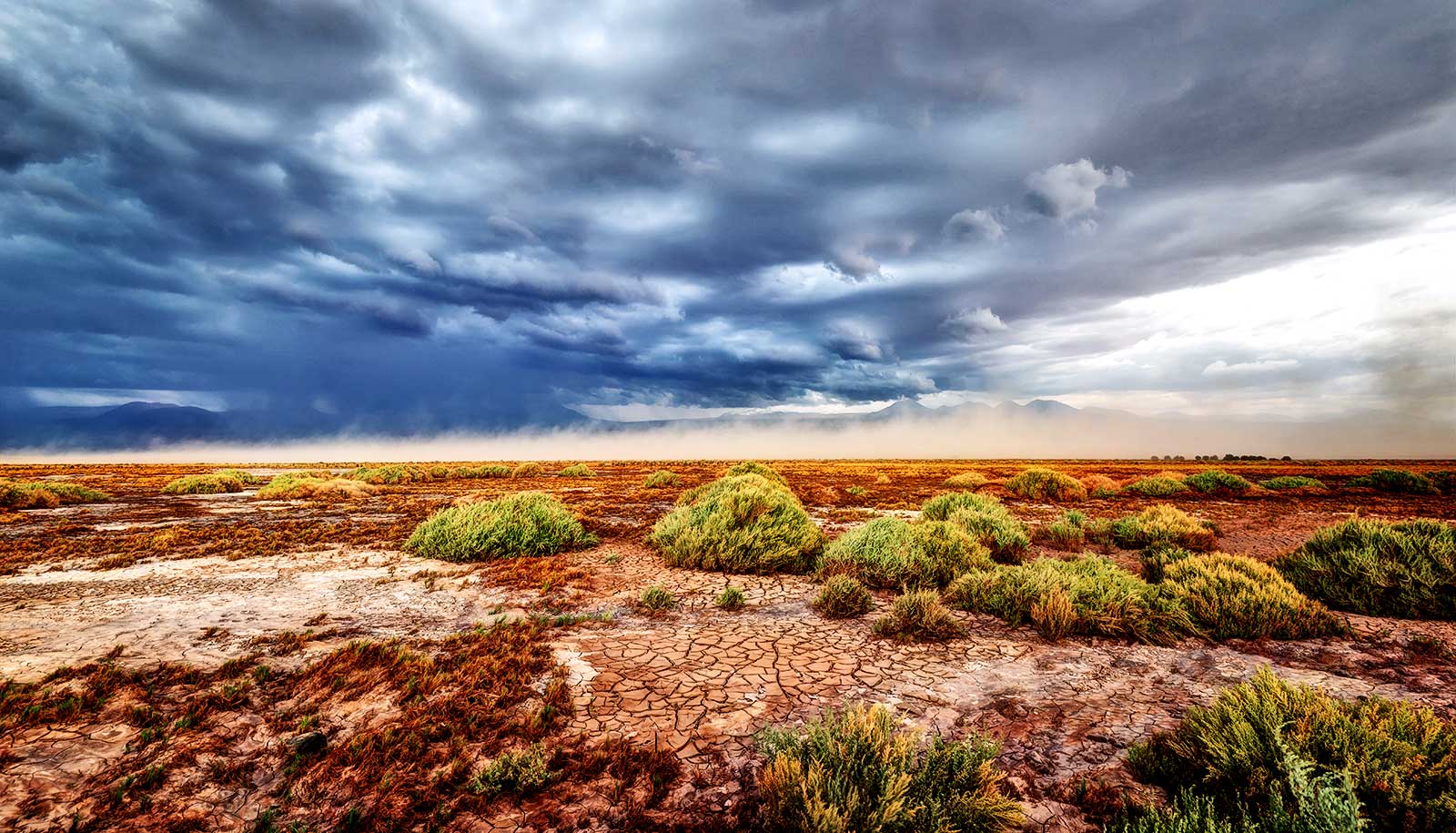 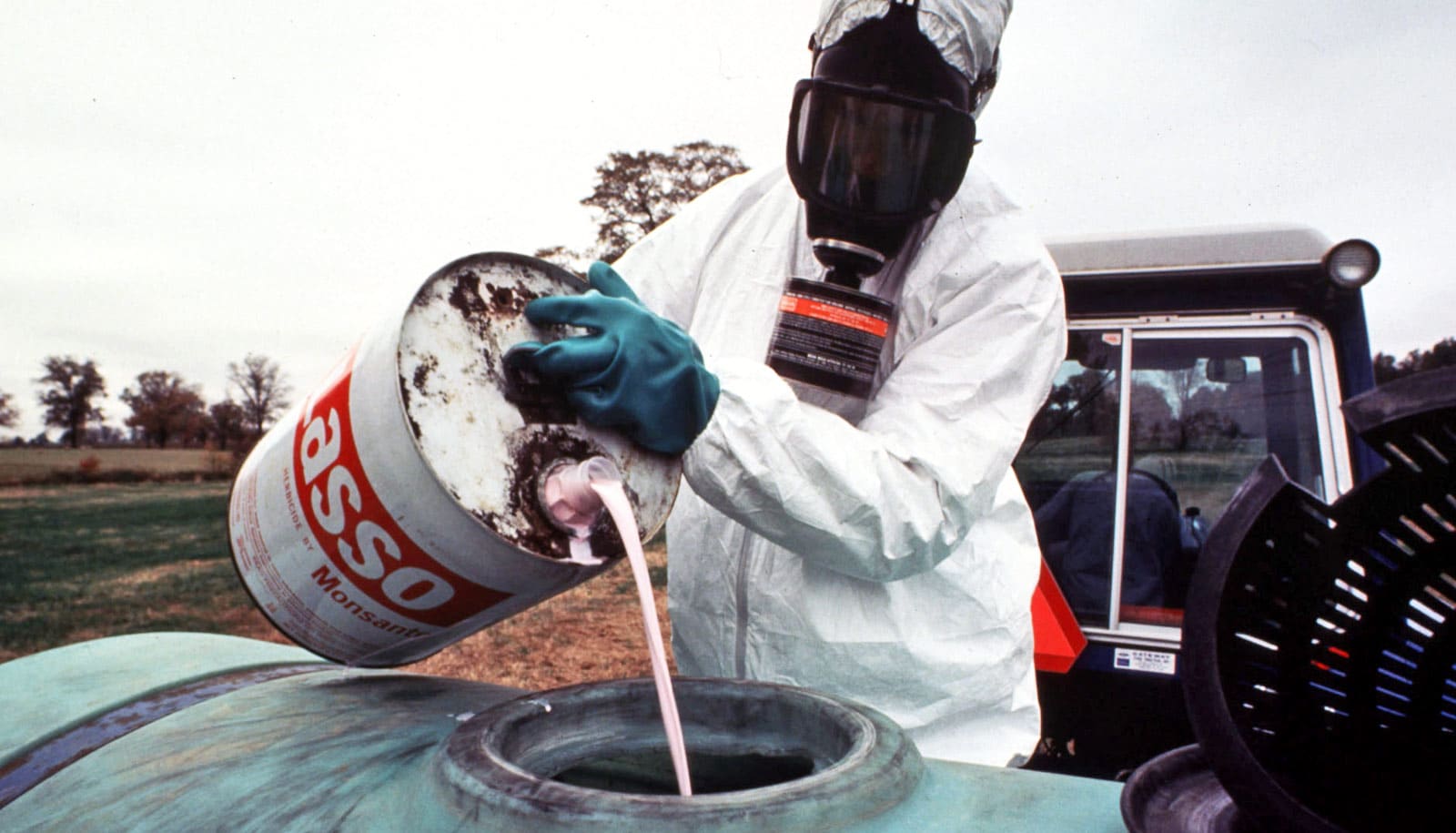 Poor sense of smell may result from pesticide ‘events’