Drivers who are frustrated, distracted — and rusty

Traffic stats show that roadway deaths spiked during the pandemic. Can it be that we were not only distracted and frustrated, but also out of practice?

It’s like we forgot how to drive, one Harvard expert observed recently about the two-year spike in traffic-related deaths, which marked an abrupt end to years of American roads becoming progressively safer.

The trend began in 2020 when fatal crashes surged to 38,680, a seven percent increase over 2019, according to the National Highway Traffic Safety Administration. That occurred despite COVID lockdowns that saw traffic easing on the nation’s roads. And things got worse in 2021, a period when vaccines became available and workplaces, businesses, and schools reopened. A May report by the National Highway Traffic Safety Administration showed a further 10.5 percent increase in deaths to 42,915 — the worst year for traffic fatalities in 16 years.

The report presents a comprehensive and bleak picture, as tragedies involved just about every kind of vehicle and drivers of all sexes and ages, including the elderly. Even those not riding in cars weren’t safe, as 5 percent more bicyclists and 13 percent more pedestrians were killed by cars. Public health and medical scholars at Harvard have various theories about the reasons, stress and distraction chief among them. But underlying it all is the breadth and depth of the pandemic’s impact on American society.

“We get away with distraction most of the time," says health communications expert Jay Winsten. "And an uneventful trip reinforces our belief that we can handle it ... But the truth is we’re playing a dangerous game of probabilities.”

The empty roadways also encouraged not just speeding, but “extreme speeding” — more than 20 miles an hour over the limit — Winsten said. In addition, he pointed to reduced traffic enforcement early on in the crisis, when police were hesitant to engage with drivers who might be contagious. Driving fast and recklessly also may have proven an irresistible and readily available outlet for people bottled up too long.

“This is the one arena where you could probably get away with breaking the rules — and there were a lot of people just wanting to break free,” said Winsten, whose work in the 1990s introduced the designated-driver concept into American culture through a collaboration with media companies. “People were saying, ‘Enough, just leave me alone.’”

Federal data supports those suspicions as deaths related to speeding and alcohol both rose 5 percent last year, while fatalities of those not using seat belts ticked up 3 percent.

Pre-pandemic factors, like checking cellphones and yelling at kids in the back seat, didn’t go away, Winsten said, but the crisis also may have increased drivers’ preoccupation with pandemic-related stressors like a death in the family, a child’s illness, a job loss or economic hardship, and even the abrupt shift to remote work and schooling.

“There was this tremendous duress that a lot of people felt throughout the course of this, which is a significant distraction, and a dangerous distraction, and an understandable distraction,” Winsten said. “It’s different from making a decision to get your cellphone or grab for a water bottle that’s fallen. Those are voluntary acts, but stress isn’t voluntary , though you can learn to manage it.”

Winsten cited a major study of crashes serious enough for an ambulance to be called, which found that inattentive driving was a critical factor in 30 percent to 40 percent, with inadequate surveillance — failing to actively monitor the road and surroundings — the largest single factor. Winsten said eye-tracking studies show that your eyes stop scanning left and right when your mind is not primarily on driving.

“When you get lost in thought, you can miss a lot of things in the periphery — a bicyclist you’re about to cut off, a child dashing into the street after a ball, or a driver running a red light and heading your way,” Winsten said. “We get away with distraction most of the time. And an uneventful trip reinforces our belief that we can handle it, that we’re not the problem, that we’re great at multitasking. But the truth is we’re playing a dangerous game of probabilities.”

Jeremy Wolfe , director of the Visual Attention Lab at Brigham and Women’s Hospital and professor of ophthalmology and radiology at Harvard Medical School, said there’s little data that plumbs the root causes of the pandemic’s spike in traffic deaths. A lot of research, for example, links cellphone use to drivers’ distraction and decreased performance, but there haven’t been indications that cellphone use increased among pandemic drivers.

He agreed that stress is another potential factor, since the pandemic certainly was stressful enough for widespread negative effects. Still, Wolfe said, he’d argue for another possible explanation: rustiness.

Though driving is routine for many of us, Wolfe said it is also a complex, dynamic activity that requires one to rapidly — sometimes instantaneously — make sense of many things at once: the vehicle’s position on the road, its speed, the speed and direction of other cars, roadway conditions, visibility, and the activities of pedestrians and cyclists on the shoulder and sidewalks.

“Doing anything perceptual in the world requires a vast set of inferences. You’re continuously making your best guess about what’s going on in the world,” Wolfe said. “Part of being an expert at anything is learning what the right inferences are to make in this setting and making them quickly.”

All one has to do is ride with a novice driver on a busy roadway to appreciate the trickiness of the stream of inferences and constant decision-making that become second nature to experienced drivers.

“You’ve got this giant neural net in your head that is answering questions, all under the radar without telling you — the conscious owner of this fancy brain — about it all the time. But you’re making those guesses,” Wolfe said. “Now imagine if you get locked in your bedroom for a year.”

Wolfe’s scientific interest is in what’s called “Look But Fail to See” errors, such as when one repeatedly proofreads a document but keeps missing a grammatical error someone else picks up their first time through. The term “look-but-fail-to-see” comes from auto accidents, Wolfe said, when drivers tell police that they looked but didn’t see the red light, the other car, or the bicycle rider.

“In many cases you can be pretty damn sure the cyclist was perfectly visible. But the driver isn’t lying, in the sense that the driver didn’t say, ‘Oh look, there’s a cyclist. Maybe I’ll hit him.’ In some meaningful way, they did not see the cyclist or the other victim of the accident,” Wolfe said. “These sorts of errors are going to be influenced by — among other things — how good a set of inferences you’re making at the time, and those inferences are going to be influenced by distraction.”

These kinds of episodes tell Wolfe that inference is a key element in visual cognition: The brain doesn’t always see what the eyes do, but rather a mixed product influenced by experience and expectation, both of which might be impacted by a long layoff.

Winsten predicted traffic deaths will gradually return to pre-pandemic levels, but said the future challenge will be to find a way to make significant improvements from those numbers, which before the pandemic had only seen small upticks for several years.

Winsten has been actively engaged in campaigns against distracted driving and recently embarked on an effort to promote mindful driving but said we may be nearing the end of what can be achieved by targeting driver behavior. It may be time to shift to a systems approach that has been successful abroad, where driver, pedestrian, and cyclist safety is at the center of decisions about speed limits, improvements in roadway design, and pedestrian access.

Those approaches, such as Vision Zero — which aims for no traffic deaths — include segregated bicycle lanes to protect cyclists, speed bumps to slow traffic in places with high pedestrian traffic, islands, and extensions of curbs to provide pedestrians safe havens on roadsides and even in the middle of roadway crossings.

“These are all intended to help vulnerable road users to stay safe, especially in urban areas,” Winsten said.

Beyond that, technology beckons. Though at least some roadway tragedies can be tracked to smartphones and other technology-born distractions, Winsten said technology also likely holds answers to improved safety, with automobile features such as integrated breathalyzers, automatic emergency braking, blind-spot detection, lane departure warnings, among others.

“Technology is part of the cause of our problem with distracted driving, but it’s going to also be a crucial part of making further progress in reducing injuries and fatalities,” Winsten said. 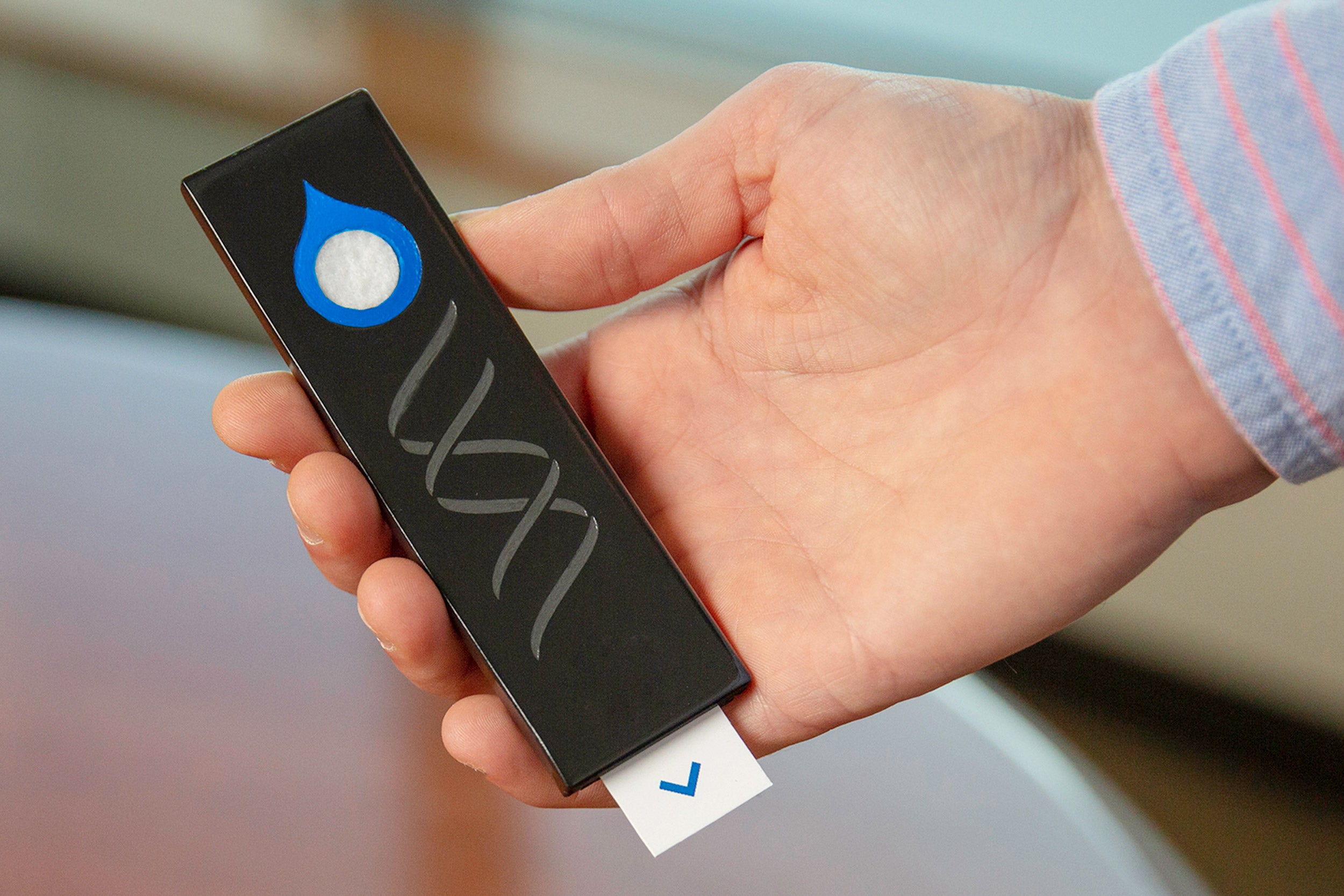