Refining current opacity models will be key to unearthing details of exoplanet properties — and signs of life — in data from the powerful new telescope.

NASA’s James Webb Space Telescope (JWST) is revealing the universe with spectacular, unprecedented clarity. The observatory’s ultrasharp infrared vision has cut through the cosmic dust to illuminate some of the earliest structures in the universe, along with previously obscured stellar nurseries and spinning galaxies lying hundreds of millions of light years away.

In addition to seeing farther into the universe than ever before, JWST will capture the most comprehensive view of objects in our own galaxy — namely, some of the 5,000 planets that have been discovered in the Milky Way. Astronomers are harnessing the telescope’s light-parsing precision to decode the atmospheres surrounding some of these nearby worlds. The properties  of their atmospheres could give clues to how a planet formed and whether it harbors signs of life.

But a new MIT study suggests that the tools astronomers typically use to decode light-based signals may not be good enough to accurately interpret the new telescope’s data. Specifically, opacity models —  the tools that model how light interacts with matter as a function of the matter’s properties — may need significant retuning in order to match the precision of JWST data, the researchers say.

If these models are not refined? The researchers predict that properties of planetary atmospheres, such as their temperature, pressure, and elemental composition, could be off by an order of magnitude.

“There is a scientifically significant difference between a compound like water being present at 5 percent versus 25 percent, which current models cannot differentiate,” says study co-leader Julien de Wit, assistant professor in MIT’s Department of Earth, Atmospheric and Planetary Sciences (EAPS).

“Currently, the model we use to decrypt spectral information is not up to par with the precision and quality of data we have from the James Webb telescope,” adds EAPS graduate student Prajwal Niraula. “We need to up our game and tackle together the opacity problem.”

De Wit, Niraula, and their colleagues have published their study today in Nature Astronomy . Co-authors include spectroscopy experts Iouli Gordon, Robert Hargreaves, Clara Sousa-Silva, and Roman Kochanov of the Harvard-Smithsonian Center for Astrophysics.

Opacity is a measure of how easily photons pass through a material. Photons of certain wavelengths can pass straight through a material, be absorbed, or be reflected back out depending on whether and how they interact with certain molecules within a material. This interaction also depends on a material’s temperature and pressure.

An opacity model works on the basis of various assumptions of how light interacts with matter. Astronomers use opacity models to derive certain properties of a material, given the spectrum of light that the material emits. In the context of explanets, an opacity model can decode the type and abundance of chemicals in a planet’s atmosphere, based on the light from the planet that a telescope captures.

De Wit says that the current state-of-the-art opacity model, which he likens to a classical language translation tool, has done a decent job of decoding spectral data taken by instruments such as those on the Hubble Space Telescope.

“So far, this Rosetta Stone has been doing OK,” de Wit says. “But now that we’re going to the next level with Webb’s precision, our translation process will prevent us from catching important subtleties, such as those making the difference between a planet being habitable or not.”

He and his colleagues make this point in their study, in which they put the most commonly used opacity model to the test. The team looked to see what atmospheric properties the model would derive if it were tweaked to assume certain limitations in our understanding of how light and matter interact. The researchers created eight such “perturbed” models. They then fed each model, including the real version, “synthetic spectra” — patterns of light that were simulated by the group and similar to the precision that the JWST would see.

They found that, based on the same light spectra, each perturbed model produced wide-ranging predictions for the properties of a  planet’s atmosphere. Based on their analysis, the team concludes that, if existing opacity models are applied to light spectra taken by the Webb telescope, they will hit an “accuracy wall.” That is, they won’t be sensitive enough to tell whether a planet has an atmospheric temperature of 300 Kelvin or 600 Kelvin, or whether a certain gas takes up 5 percent or 25 percent of an atmospheric layer.

“That difference matters in order for us to constrain planetary formation mechanisms and reliably identify biosignatures,” Niraula says.

“We found that there are enough parameters to tweak, even with a wrong model, to still get a good fit, meaning you wouldn’t know that your model is wrong and what it’s telling you is wrong,” de Wit explains.

He and his colleagues raise some ideas for how to improve existing opacity models, including the need for more laboratory measurements and theoretical calculations to refine the models’ assumptions of how light and various molecules interact, as well as collaborations across disciplines, and in particular, between astronomy and spectroscopy.

“In order to reliably interpret spectra from the diverse exoplanetary atmospheres, we need an extensive campaign for new accurate measurements and calculations of relevant molecular spectroscopic parameters,” says study co-author Iouli Gordon, a physicist at the Harvard-Smithsonian Center for Astrophysics. “These parameters will need to be timely implemented into reference spectroscopic databases and consequently models used by astronomers."

“There is so much that could be done if we knew perfectly how light and matter interact,” Niraula adds. “We know that well enough around the Earth’s conditions, but as soon as we move to different types of atmospheres, things change, and that’s a lot of data, with increasing quality, that we risk misinterpreting.” 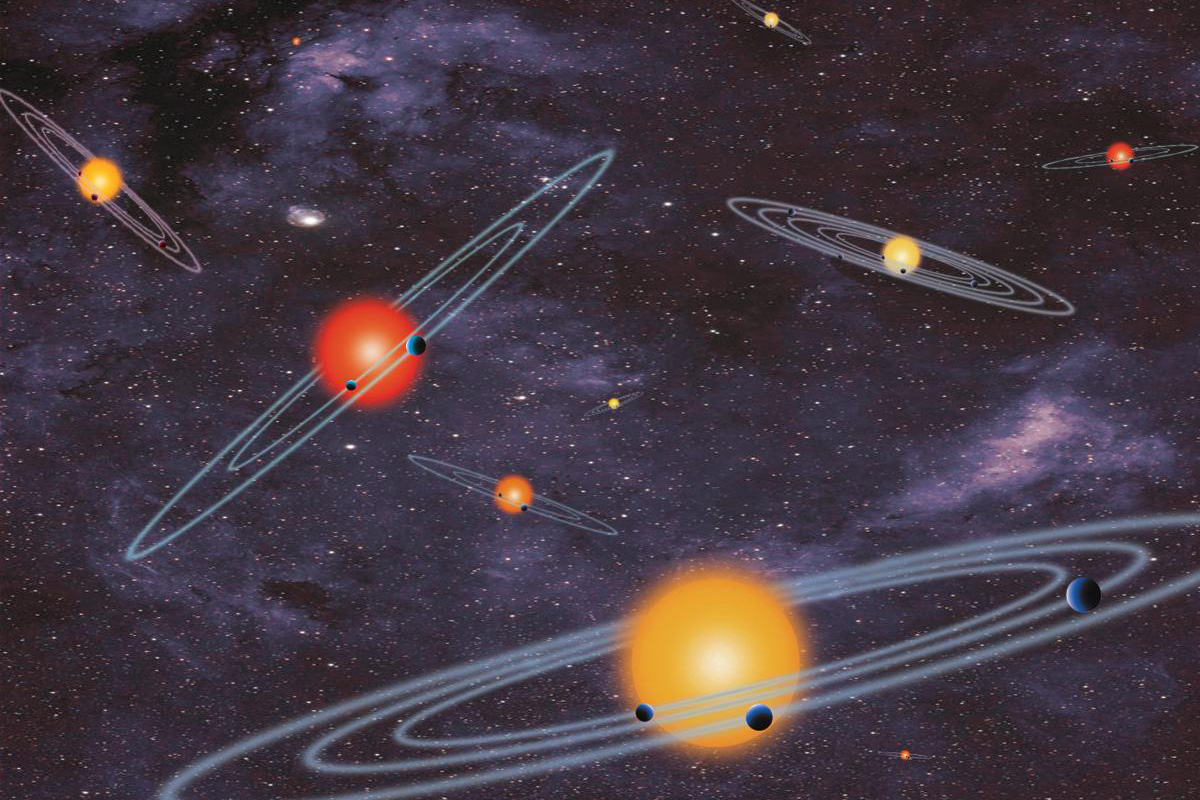 Look! Up in the sky! Is it a planet? Nope, just a star 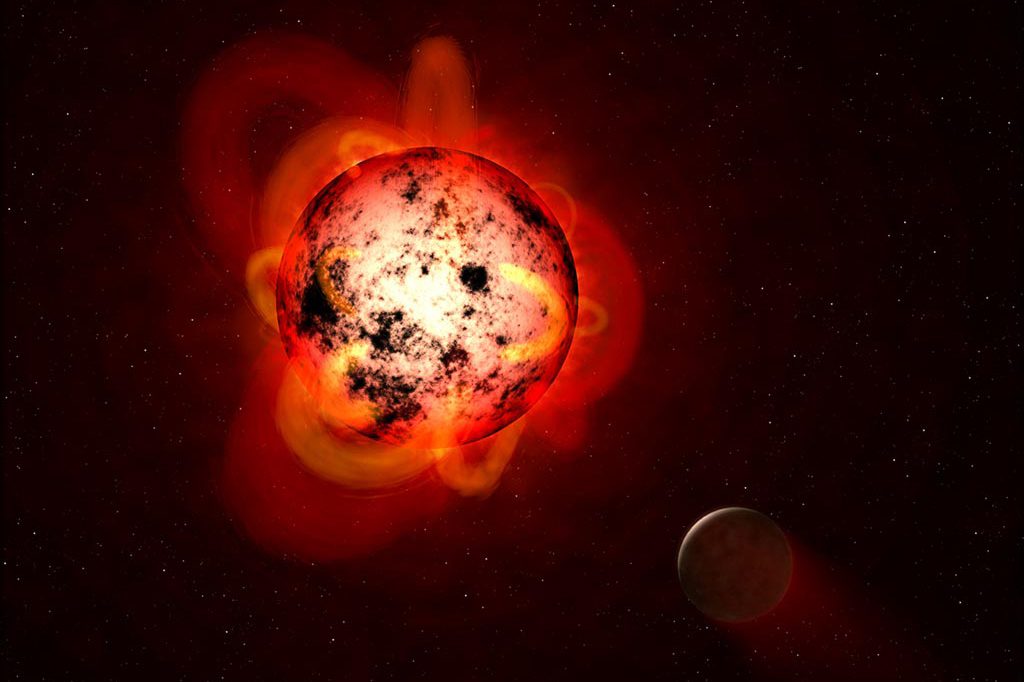