A new catalyst is way more efficient than others at splitting water into oxygen and hydrogen, which could cut carbon emissions.

A new kind of solar panel has achieved 9% efficiency in converting water into hydrogen and oxygen—mimicking a crucial step in natural photosynthesis.

Outdoors, it represents a major leap in the technology, nearly 10 times more efficient than solar water-splitting experiments of its kind.

But the biggest benefit is driving down the cost of sustainable hydrogen. This is enabled by shrinking the semiconductor, typically the most expensive part of the device. The team’s self-healing semiconductor withstands concentrated light equivalent to 160 suns.

Currently, humans produce hydrogen from the fossil fuel methane, using a great deal of fossil energy in the process. However, plants harvest hydrogen atoms from water using sunlight. As humanity tries to reduce its carbon emissions , hydrogen is attractive as both a standalone fuel and as a component in sustainable fuels made with recycled carbon dioxide. Likewise, it is needed for many chemical processes, producing fertilizers for instance.

“In the end, we believe that artificial photosynthesis devices will be much more efficient than natural photosynthesis, which will provide a path toward carbon neutrality,” says Zetian Mi, a University of Michigan professor of electrical and computer engineering who led the study in Nature .

The outstanding result comes from two advances. The first is the ability to concentrate the sunlight without destroying the semiconductor that harnesses the light.

“We reduced the size of the semiconductor by more than 100 times compared to some semiconductors only working at low light intensity,” says Peng Zhou, a research fellow in electrical and computer engineering and first author of the study. “Hydrogen produced by our technology could be very cheap.”

And the second is using both the higher energy part of the solar spectrum to split water and the lower part of the spectrum to provide heat that encourages the reaction. The magic is enabled by a semiconductor catalyst that improves itself with use, resisting the degradation that such catalysts usually experience when they harness sunlight to drive chemical reactions.

In addition to handling high light intensities , it can thrive in high temperatures that are punishing to computer semiconductors. Higher temperatures speed up the water splitting process, and the extra heat also encourages the hydrogen and oxygen to remain separate rather than renewing their bonds and forming water once more. Both of these helped the team to harvest more hydrogen.

For the outdoor experiment, Zhou set up a lens about the size of a house window to focus sunlight onto an experimental panel just a few inches across. Within that panel, the semiconductor catalyst was covered in a layer of water, bubbling with the hydrogen and oxygen gasses it separated.

The catalyst is made of indium gallium nitride nanostructures, grown onto a silicon surface. That semiconductor wafer captures the light, converting it into free electrons and holes—positively charged gaps left behind when electrons are liberated by the light. The nanostructures are peppered with nanoscale balls of metal, 1/2000th of a millimeter across, that use those electrons and holes to help direct the reaction.

A simple insulating layer atop the panel keeps the temperature at a toasty 75 degrees Celsius, or 167 degrees Fahrenheit, warm enough to help encourage the reaction while also being cool enough for the semiconductor catalyst to perform well. The outdoor version of the experiment, with less reliable sunlight and temperature, achieved 6.1% efficiency at turning the energy from the sun into hydrogen fuel. However, indoors, the system achieved 9% efficiency.

The next challenges the team intends to tackle are to further improve the efficiency and to achieve ultrahigh purity hydrogen that can be directly fed into fuel cells .

Some of the intellectual property related to this work has been licensed to NS Nanotech Inc. and NX Fuels Inc., which were co-founded by Mi. The University of Michigan and Mi have a financial interest in both companies.

Support for the work came from the National Science Foundation, the Department of Defense, the Michigan Translational Research and Commercialization Innovation Hub, the Blue Sky Program in the College of Engineering at the University of Michigan, and the Army Research Office. 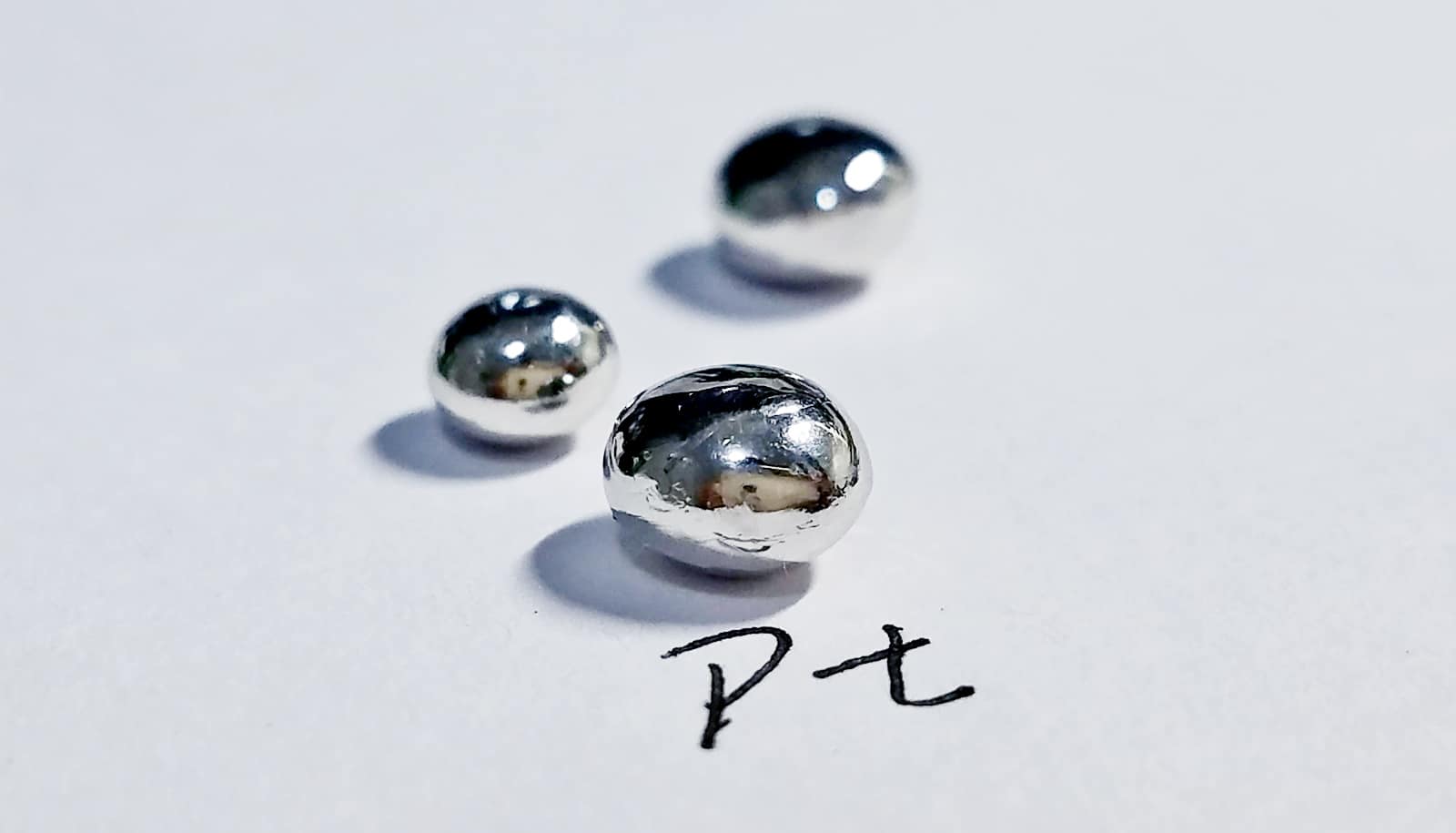 Platinum is great at splitting water for a surprise reason 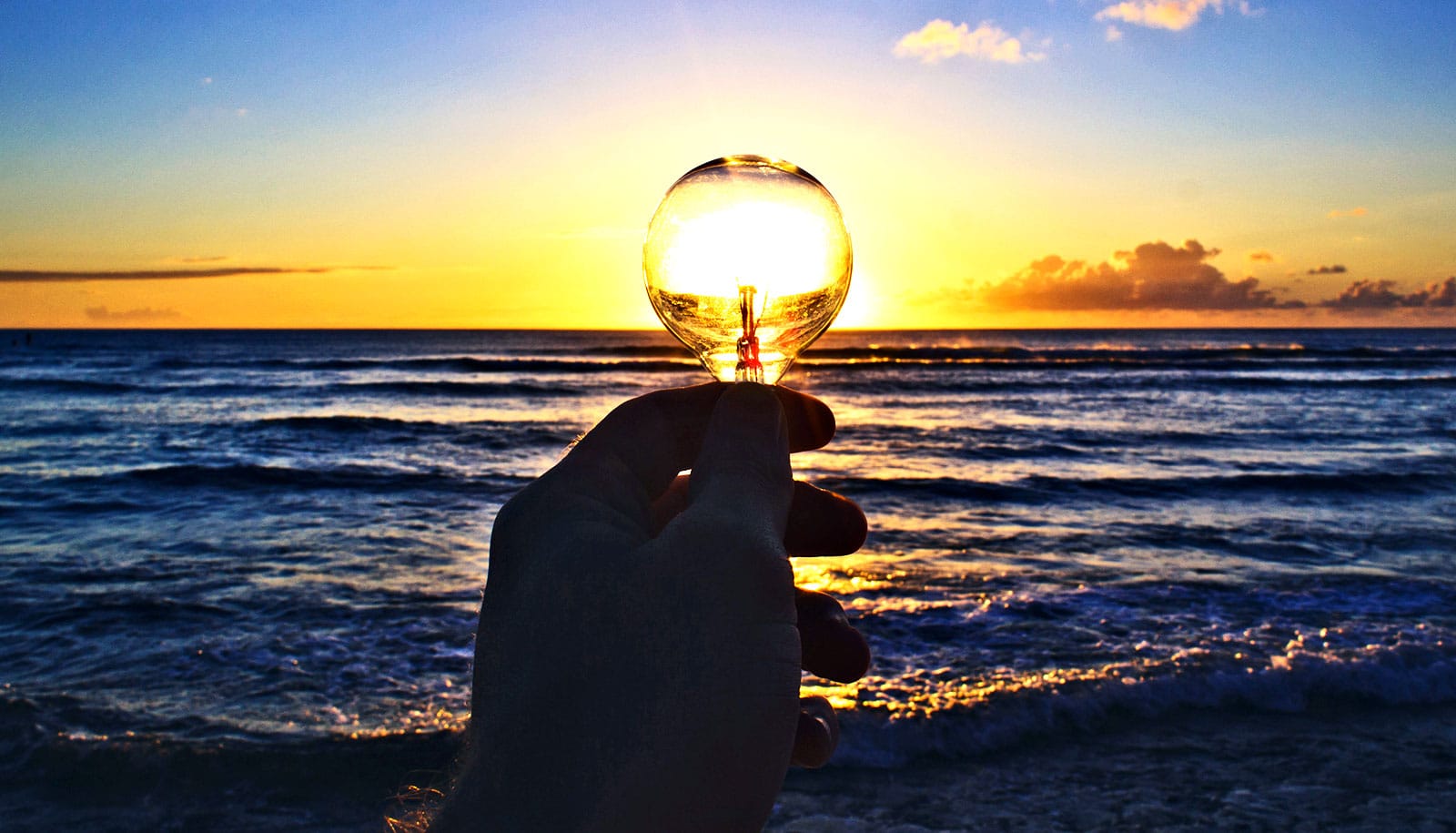